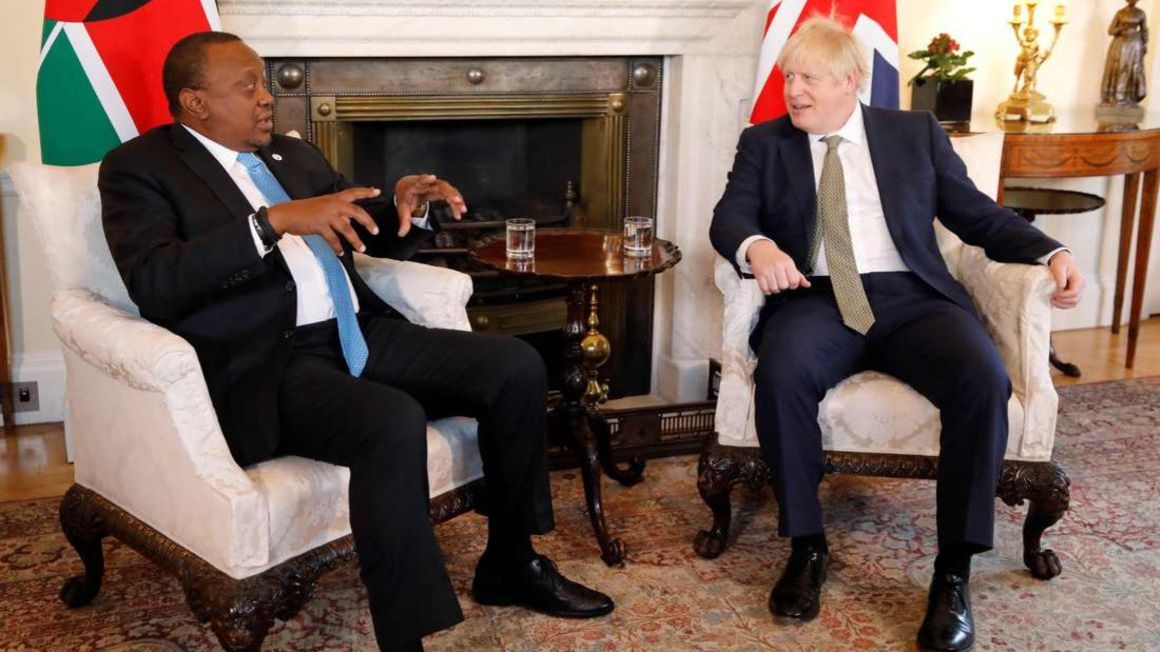 The United Kingdom has retained Kenya in the list of countries whose nationals are barred from entering Britain, dealing a blow to Nairobi’s efforts for review of the travel embargo.

The UK last week updated countries on England’s “Red List” amid concerns about the spread of new Covid-19 variants.

Kenya remained on the travel ban list where it was first included in April, triggering a tit-for-tat travel blockade from Nairobi.

The UK travel ban comes amid fears that the highly contagious Covid-19 Delta variant may spark a fourth wave of infections in Kenya over the next two months.

It also signals that reconciliatory talks initiated in mid-April to review the travel restrictions between Kenya and the UK, which threatened bilateral trade, economic and security relations, have not prompted England to downgrade the movement limits.

The UK ban has added weight to the decision of more than 50 countries to deny access to Kenyans in the global race to protect nations against new variants of coronavirus.

In May, Kenya lifted the ban on flights between Nairobi and London and eased restrictions imposed in retaliation to its inclusion in the red list.

The UK has segmented countries into a green, amber and red lists, each carrying different degrees of restrictions for arrivals back into the UK.

A British citizen travelling from a Green List is not required to undergo a mandatory quarantine.

Travellers arriving in the UK from countries on the Red List will be denied entry, while returning Britons must submit to 10 days of mandatory quarantine in hotels.

Kenya has relaxed punitive requirements that it had imposed on British citizens that required them to be isolated for 14 days before they can be admitted to the country.

In mid-June review, the Kenya Civil Aviation Authority (KCAA) said the British nationals and non-citizens travelling through London are required to self-isolate for only seven days.

The UK claims its decisions are based on scientific evidence on the incidence of deadly and highly contagious Covid-19 strains. The rapidly transmissible Covid-19 Delta variant, first identified in India, is dominant in western Kenya, where it was initially detected in the country.

The government imposed restrictions on movement in the region to try and stem it from spreading nationwide.

Most countries are preparing to sign off on plans for unrestricted travel for people who have had both jabs.

About 1.61 million people have been inoculated so far in Kenya, of which 581,003 got their second doses.

The government expects to receive 13 million Johnson & Johnson vaccine doses from August and targets to inoculate more than 10 million people by the end of December and the entire 26 million adult population by the end of 2022.

The UK decision has delivered yet another devastating blow to tourism not only in Kenya but across the continent. With a number of Middle East and African countries on the Red List, Nairobi has been the last major hub for connecting flights into the UK.

Britain is one of Kenya’s main trading partners and in 2019 accounted for the fourth largest arrivals through Jomo Kenyatta International Airport with 181,400 visitors.

Tourist arrivals from the UK stood at 16,264 in the first half of this year from 42,341 in the same period last year, representing a 62 percent drop.

Besides the UK, Australia, Argentina, Belgium, Cambodia, Canada, Portugal, Denmark, Bulgaria and Singapore top the list of countries that have banned or placed restrictions on holders of Kenyan passports. Others are Hong Kong, Bangladesh, Chile, Czech Republic, Cyprus and Cameroon, which Henley & Partners lists as the only African country to place restrictions on Kenya.

The Henley Passport Index made the revelations showing how the virus has hurt travel. By Gerald Andae, East African 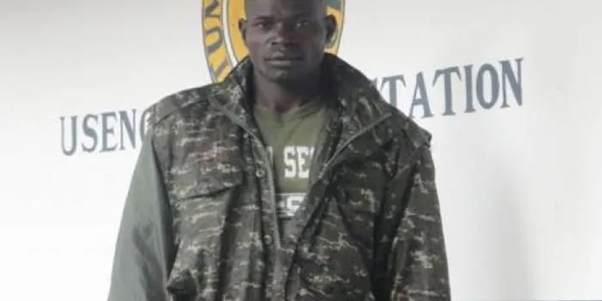 Last month, President Salva Kiir revoked the appointment of 36 representatives to R-TNLA, the lower chamber of the country’s legislature, a little over a month after their appointment, and before they could take the oath of office.

No reason was given for the abrupt changes.

Speaking to Radio Tamazuj over the weekend, the majority of those dismissed demanded reinstatement, saying they represent constituencies that came to life during the 2010 elections.

The complainants, the majority of whom are from the SPLM party, called for representation.

“Our concern is that those of us representing legitimate geographical constituencies have been left out of the R-TNLA by the committee tasked with overseeing the reconstitution process. For example, I was representing Constituency No. 17 Pibor East. But my appointment was revoked, and my constituency transferred to Gumuruk. Now, all the 3 constituencies of Pibor County are transferred to only one area, Gumuruk,” Abraham Ngacho Tango of Pibor explained.

He added, “According to the president, all the 2010 constituencies should be represented. But that has not been observed, and no reason is given for revocation”

Another former lawmaker, Kam Gai Chuol of Leer County said his constituency is not represented as well, condemning it as marginalization, and that it may create friction among the locals.

“I represent Leer Constituency No. 23. I wonder why we are neglected yet our constituency is an independent one. It has nothing to do with the SPLM party, SPLM-IO, or any other political group,” he said.

Gai pointed out that he will file a lawsuit in the constitutional court to seek redress.

Rejab Mohandis of the civil society Organization for Responsive Governance and a representative to the peace monitoring body R-JMEC urged the disgruntled MPs to address the concerns within their parties.

“Some of those MPs have been in parliament since 2010. They witnessed elected governors being removed from their positions but they did not complain. So, it is the same thing affecting them now. If their complaints should have a strong basis, then they should complain for the elected governors,” he said.

Meanwhile, Jame David Kolok, the head of the consortium South Sudan Civil Society Forum (SSCSF), said while the agreement is silent on the reconstitution process, there is a need for constructive party politics.

“I hope this issue will not have a negative implication. South Sudan has got a history of individuals fighting if they are not part of the government. If we still have this mentality, then yes there is a threat,” Kolok said. - Radio Tamazuj 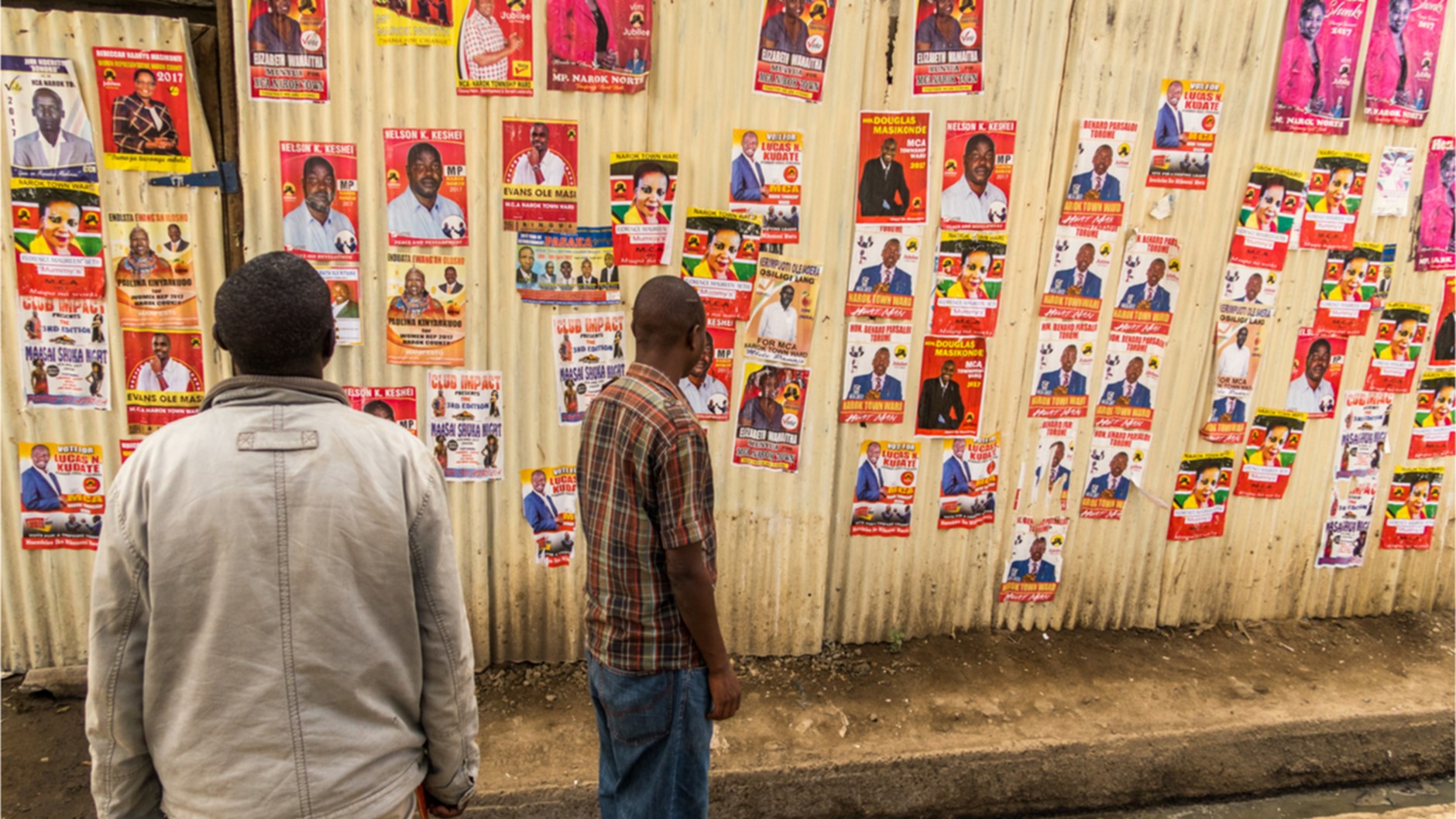 An aspirant to the post of commissioner with the Kenyan Independent Electoral and Boundaries Commission (IEBC) has urged the elections body to consider adopting blockchain technology. According to Justus Abonyo, a former official with the Social Democratic Party of Kenya, doing this will help Kenya reduce the cost of “running an election by up to 300 per cent.”

As the breakdown of the costs shared by Abonyo suggests, using an electoral management system based on a blockchain will see the cost of the ballot going down to as low as $0.50. The candidate explained:

In addition to significantly reducing the running costs, one local media outlet, the Star, also quotes Abonyo detailing other benefits that could be realized and these include “greater security and transparency.” Further, improved transparency could increase trust in election systems and help to prevent a repeat of the post-election violence seen in 2007. The violence, which resulted in a serious humanitarian and economic crisis, had been sparked by allegations of electoral manipulation.

In his comments before the selection panel for the appointment of IEBC commissioners, Abonyo used the opportunity to highlight the extent of his confidence in blockchain technology. Still, the aspiring commissioner suggested he will step down if the credibility of elections he presides over is questioned. He said:

I will listen to what observers are saying and other stakeholders like the voters themselves and if they are unanimous that the elections were not credible, I will step down.

However, Abonyo says he still expects any aggrieved party to follow due process. This according to Abonyo means he will only move to act once someone has lodged a complaint with the court. He explained: