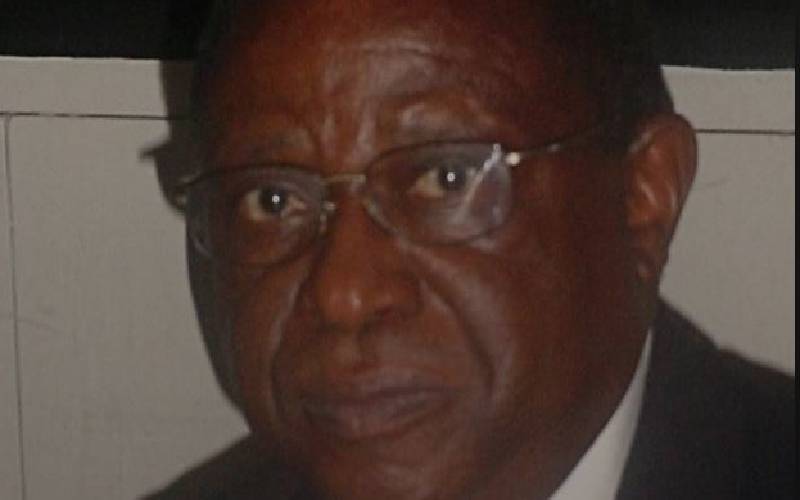 A former Rwandan army colonel who was accused of masterminding the slaughter of 800,000 people during the 1994 genocide has died in prison in Mali, Malian officials said on Saturday.

Theoneste Bagosora was serving a 35-year sentence after being found guilty of crimes against humanity by the then International Criminal Tribunal for Rwanda (ICTR). His sentence had been reduced from life in prison.

“It is confirmed. He was over 80 years old, he was seriously ill, with heart troubles. He was hospitalised several times and had three surgeries. He died today in a clinic,” a source in Mali’s prison administration who sought anonymity told Reuters.

A second source at Bamako’s Court of Appeal confirmed the death.

Prosecutors accused Bagosora, then cabinet director in the defence ministry, of taking control of military and political affairs in the central African country after President Juvenal Habyarimana was killed when his plane was shot down in 1994.

The Tanzania-based tribunal accused Bagosora of being in charge of the troops and Interahamwe Hutu militia who killed some 800,000 minority Tutsis and moderate Hutus in 100 days.

Canadian General Romeo Dallaire, head of United Nations peacekeepers during the genocide, described Bagosora as the “kingpin” behind the killings and said the former colonel had threatened to kill him. Standard/Reuters

Man cannot live by bread alone, is an expression that does not suit today's feature. Yes, we do need, bread. Fill our bellies before even picking up our phones and newspapers.

Let us begin with one of the most common East African foods. Known as FouFou in parts of the continent, Sadza in South Africa, Kaunga in Uganda, Sima in Kenya and Ugali in Tanzania. Ugali is so popular that there is actually a maize brand called “Ugali”, currently on sale. 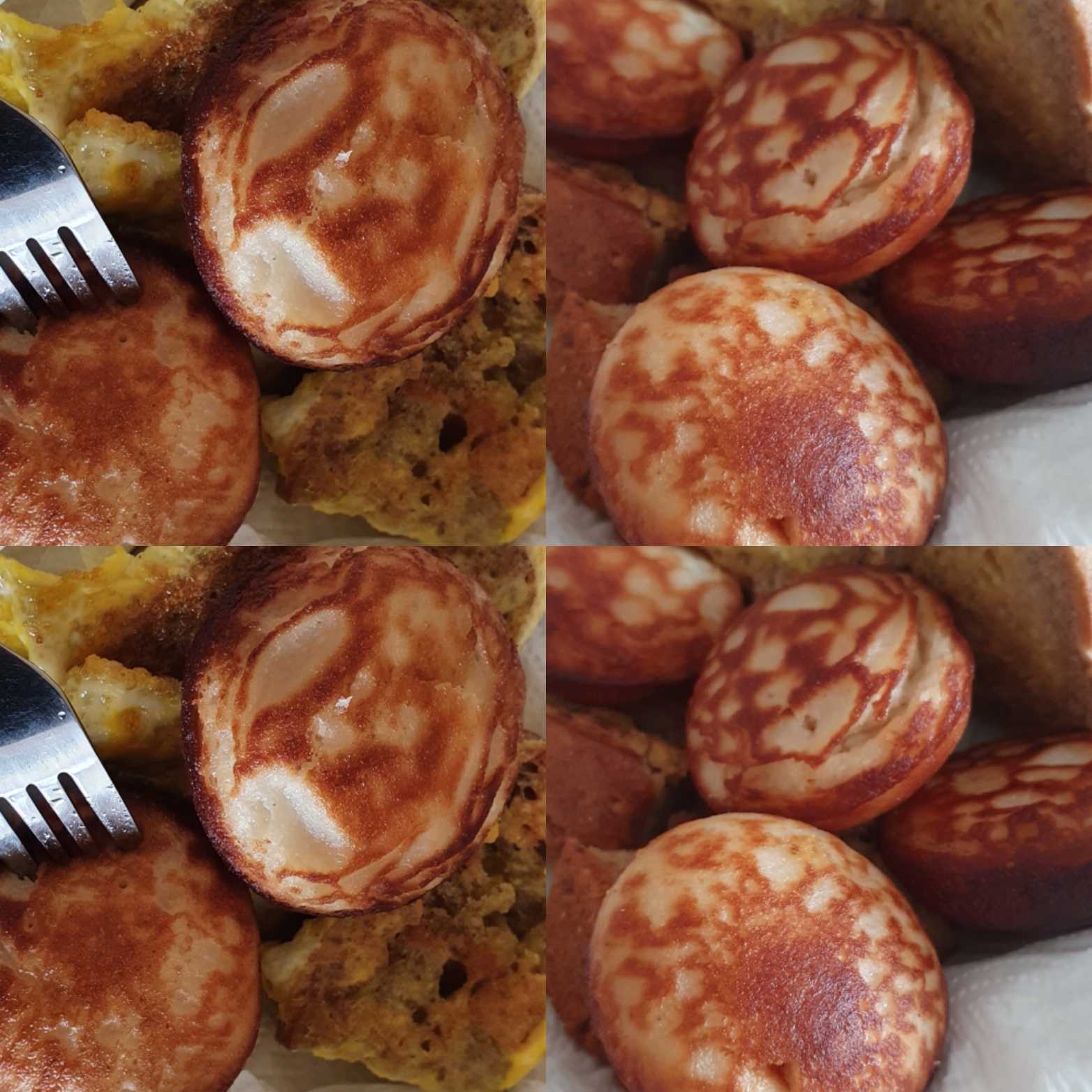 I was having a conversation with a friend from Zanzibar and she said:

“If I were to choose between Ugali and Wali ( i.e. cooked Rice), I would choose Ugali.”

Then she laughed when I narrated her the following story. One afternoon I was in a rush. I had a concert and running late. I am one of those people who believe in eating at home. Not picking bits here and there ... feeding on junk and wasting money. I was hungry and in a hurry. A bad combination.

Eating demands attention, tender care and passion. You don't want to wolf your food down as digestion always starts in the mouth.  Chewing is important. Has to be slow and you must enjoy. But...hey!

I made Ugali. Ugali is the best meal when you are hungry and rushing. Simple and filling. I made my Ugali and boiled duck. The salad was beef tomatoes with Avocado Oil. I know some of us Tanzanians equate eating Salad with Uzungu. Ask most of us what Salad is and that word Kachumbari pops its head out like a diver in a swimming pool. Kachumbari comes from Kachumber, a salad dish from India and the Mediterranean area. Originally not a Swahili dish.

So I devoured the meal. Duck was amazing. We all make duck in different ways. Some like it roasted in the oven. Slowly. Others season it, then deep fry it in oil. Duck meat is already oily.

Now. With Ugali. You cannot put it in the fridge or leave it somewhere then come back to re heat, like, say, rice.

“You had to throw it away?”

“The Ugali yes. But I managed to finish the Salad and the duck.”

It is like breaking the law of meals. You don't throw away Ugali. Even writing this oozes a creeping guilty feeling. ALITUPA UGALI. 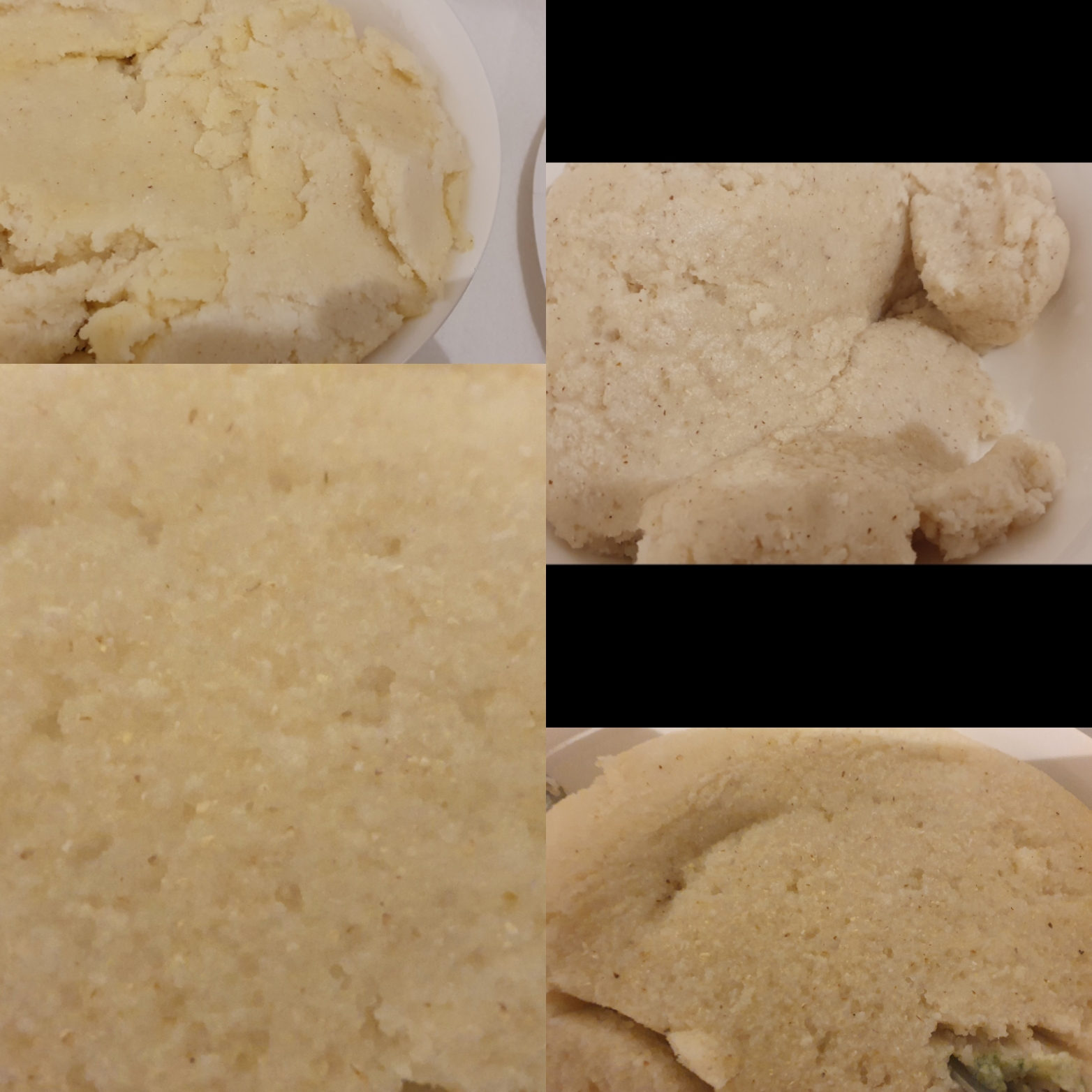 That is the viciousness of time. When we are rushing, time is such a sadist. Merciless. But the engine of the tale is that YOU DO NOT THROW AWAY UGALI. That is why my friend had both palms to her mouth.

“Imagine that appetizing Ugali in the dustbin!!!” Say no more.

Hadija : “I would not mind so much if it were Ubwabwa.”

Ubwabwa, well-made rice. Boy. We have cool foods in East Africa. Still speaking of rice, during the early 1980s, I had three visitors who I had bumped at New Africa Hotel, in then down-town Dar es Salaam. We youths would hang around this well-known seafront restaurant.

One afternoon, a Japanese painter whose name I have since forgotten with his two British pals complained they had never tasted Tanzanian cakes.

“When we are in your tourist hotels all we keep getting are European sweets. Don t you have Tanzanian cakes?”

I invited them at my pad in Mwananyamala -Kisiwani, around 30 minutes by bus from the sea front.  Made Ugali and my then girlfriend, let us call her Fatuma arranged the Mandazi and what else? Vitumbua. My guests found Mandazi tasty. But it was Vitumbua which robbed their tongues. Fatuma and I stood there watching them relishing and gobbling down the Vitumbua.

“What are they made of?”

Fatuma explained. The visitors wanted to see the intricate Vitumbua pot. With its holes that resemble a Dau game (Swahili chess to be precise). She explained how different it were from how we fry Mandazi. The two Britons said they had tasted Mandazi in London Caribbean restaurants.

Years later I would verify that. What Jamaicans call Dumplings we say Mandazi ya Kumimina. A softer version of Mandazi. There are different types of Mandazi. But Vitumbua?

That is the first time I heard word Rice cake.

Normally in London not all of us cook Vitumbua. There are specialist makers and sellers of Vitumbua. And you cannot order a few. Minimum is twenty Vitumbuas. You buy. Eat some. Keep the rest in the freezer.

Tasty sweets of East Africa.Freddy Macha is a London based Tanzanian writer and musician. 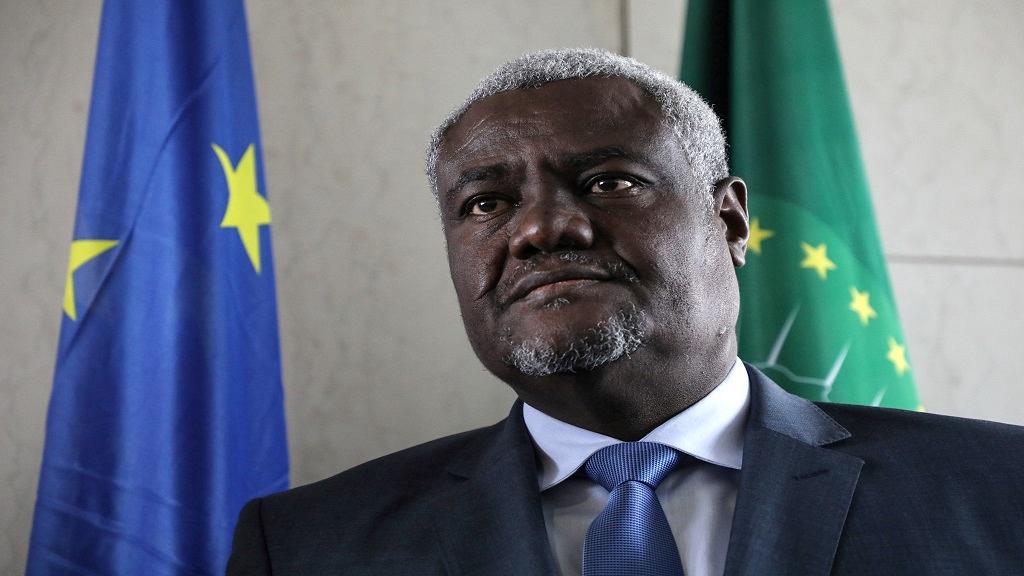 London-listed Aminex on September 24 said that the Ruvuma joint venture in Tanzania has awarded the seismic acquisition contract to Africa Geophysical Services (AGS).

The company said that the joint venture has been able to take advantage of favourable market conditions securing a lump-sum contract considerably below the expected budget for the activity.

AGS intends to start activities in the Ntorya location from next month. The acquisition will consist of approximately 338 km² of 3D seismic data focusing on the area of primary interest. It will focus on the proposed location for the Chikumbi-1 well, Amines said.

“The Ntorya gas development is now entering a period of operational activity through the acquisition of 3D seismic and well execution that represent major steps towards monetising this large gas resource into existing infrastructure and an established market in Tanzania,” Aminex executive chairman Charlie Santos said.

Under the farm-out agreement completed with Omani-owned ARA Petroleum Tanzania in October 2020, Aminex is carried for its 25% participating share of the associated field development costs up to $35mn, equivalent to gross development expenditure of $140mn. 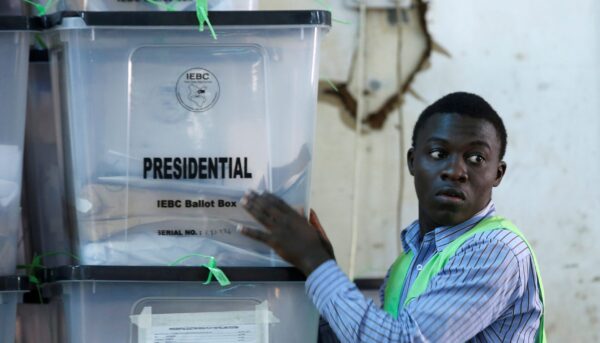 Wafula Chebukati, the Chairman of the Independent Electoral and Boundaries Commission (IEBC), has revealed the Commission’s plans to have more Kenyans in the diaspora participate in the 2022 General Election.

In an interview with The Standard, the IEBC boss said Kenyans in 11 countries from various parts of the world will have a chance to participate in the next election.

He said the commission had added six more countries to the five that had met the threshold to participate in the polls.

Chebukati noted that the countries had met the 3,000 voters requirement to be enlisted as a polling centre.

In 2017, Kenyans in Uganda, Tanzania, Rwanda, Burundi and South Africa participated in the presidential election.

“We have many Kenyans in the diaspora but majority had no requisite details to be enrolled to vote. Some are illegally in those countries,” said Chebukati.

Plans are in top gear to list new voters in the 11 countries.

Back in Kenya, the commission is set to roll out a mass registration exercise in early October. KahawaTungu

NAIROBI, Sept 24 (Reuters) - Burundi police on Friday briefly detained a journalist investigating a grenade attack in the commercial capital Bujumbura, his radio station and an official said, after a series of explosions this week that killed at least five people.

Radio Bonesha FM said their reporter was arrested while investigating a grenade incident that was said to have killed two people on Thursday.

"Radio Bonesha FM journalist arrested on Friday morning by the police has just been released. Aimé Richard Niyonkuru is still waiting for his recorder. He spent many hours at the Special Research Office under the hot sun," the station wrote on Twitter.

Pierre Nkurikiye, spokesperson of the Interior and Public Security Ministry, said Niyonkuru had failed to identify himself as a journalist.

Burundi has suffered decades of war and ethnic and political violence.

On Monday two grenades exploded in a bus park in Bujumbura, while on Sunday a grenade attack in the administrative capital Gitega killed two, according to local media. There have been no claims of responsibility.

Congo-based rebel group Red Tabara claimed responsibility for an attack on Bujumbura airport on Saturday, saying it fired mortars as the president prepared to travel to the United Nations General Assembly in New York.

On Tuesday, Attorney General Sylvestre Nyandwi accused leaders of a suspended opposition party of being behind some recent attacks and said authorities had issued international arrest warrants for them. - George Obulutsa, Reuters