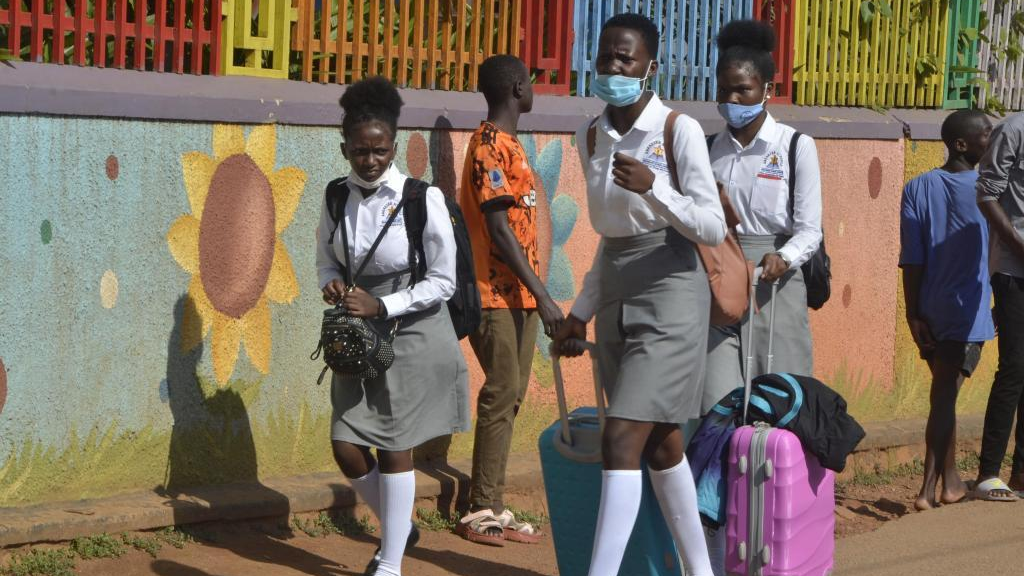 The number of learners, who returned to school after the lockdown in Uganda has overwhelmed authorities.
Some of the schools have resorted to using public address systems while teaching to cater for the large number of pupils.
Schools in the East African nation swung their doors open early this month after nearly two years of closure due to coronavirus pandemic.

In one of the schools, Muhorro Muslim Primary School in Muhorro Town Council more than 1,700 pupils reported for studies. Before the COVID-19-induced lockdown, the school had an enrolment of less than 1,000 pupils.

Mr Julius Alinda Mpigiza, the head teacher, said the school is expecting more numbers and teachers are complaining of sore throats because of raising their voices during lessons.

Some of the education officials in Uganda are now asking religious leaders to allow schools to utilise churches for learning purposes.
"We are begging school management committees to assess the school situations and improvise by providing tents for learners to get temporarily shelter as they study. If there are nearby churches, we kindly request for help in order to get space by using the churches,” one of the education officials said.

Reports in other parts of the country said that the high number of learners is hampering compliance to standard operating procedures like social distancing. - CGTN (With input from agencies) 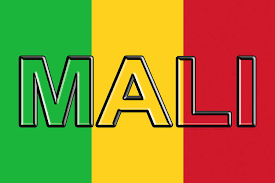 The U.N. chief said in an interview with The Associated Press that he has spoken to president Goita, three presidents from the 15-nation West African regional group ECOWAS, the prime minister of Algeria, and the leader of the African Union about “how to make sure that in Mali, there is an acceptable calendar for the transition for a civilian government.”

The junta, which initially agreed to hold elections in late February, said earlier this month it was delaying the election until 2026 because of deepening insecurity across the country, which would give Goita four more years in power. ECOWAS imposed tougher economic sanctions on Mali in response, saying the transitional government had failed to make progress toward holding a presidential election as promised.

Mali has struggled to contain an Islamic extremist insurgency since 2012. Extremist rebels were forced from power in Mali’s northern cities with the help of a French-led military operation, but they regrouped in the desert and began launching attacks on the Malian army and its allies. Insecurity has worsened with attacks on civilians and U.N. peacekeepers.

In August 2020, Malian President Boubacar Ibrahim Keita, who died Sunday, was overthrown in a coup that included Goita, then an army colonel. Last June, Goita was sworn in as president of a transitional government after carrying out his second coup in nine months.

Guterres said that in his native Portugal, after more than 40 years of dictatorship, there was a transition of less than two years before elections were held, and “I think the same applies to Mali.”

He stressed that the transition in Mali started “long ago.”

“We don’t need a transition of five years,” Guterres said. “We need a reasonably reduced period allowing for the measures that are necessary to be taken to be taken.”

He said he hopes Mali’s military leaders will understand that they need to accept “a reasonable period” before elections are held, which a dialogue with ECOWAS should establish. He stressed that elections will also allow ECOWAS to remove sanctions on Mali.

“All my efforts have been in creating conditions for bridging this divide and for allowing ECOWAS and the government of Mali to come to a solution with an acceptable delay for the elections,” Gutteres said.

Guterres said the deep reforms Mali needs will take decades and “the legitimacy of an elected government will be a very important instrument for that.”

On a positive note, U.N. spokesman Stephane Dujarric said that following “fruitful discussions” between the U.N. peacekeeping mission in Mali, known as MINUSMA, and the country’s authorities it will restart air operations on Friday.

The U.N. grounded all non-emergency flights last Friday after the government instituted new procedures for the U.N. to get clearance for its flights, which Dujarric said made it “extremely difficult for the U.N. to fulfill its mandate.”

The 16,600-strong MINUSMA mission is the most dangerous of the U.N,’s 12 far-flung missions. Nineteen peacekeepers lost their lives in 2021.

Dujarric said Thursday that MINUSMA welcomed “the spirit of cooperation and partnership” that characterized the discussions and conclusion to restart the mission’s air operations. By Edith M. Lederer | AP/The Washington Post 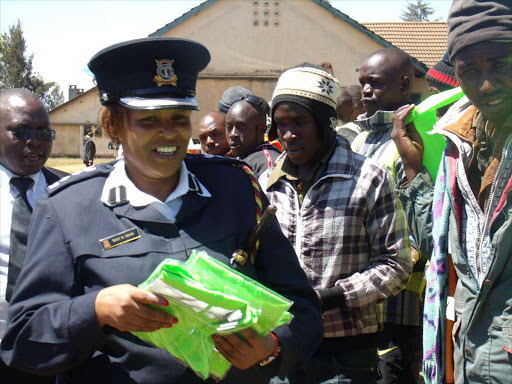 National traffic commandant Mary Omari in a past event- handout

Pedestrians account for the majority of fatalities, with Nairobi leading with 85 people

•Country is losing many people to accidents leaving many suffering.

Some 265 people have died in various accidents in the country since January 1.

This is an increase of 32 per cent of the incidents compared to the same period last year.

Pedestrians account for the majority of fatalities, with Nairobi leading with 85 people, followed by the Western region that leads in motorcycle accidents.

More than 400 people are nursing wounds over the separate accidents.

The latest incident happened in Homa Bay, where a trailer ferrying sugarcane overturned.

Omari called on motorists to exercise caution on the road and added the country is losing many people to accidents.

“Safety on our roads remains a matter of great concern to the government and the general public. We are losing many of our people on road crashes, leaving many households without a breadwinner and children orphaned,” Omari said.

According to the police, speeding has been the main cause of the crashes.

Reckless driving, dangerous overtaking, drunk driving, drunk walking, drunk riding, failure to use helmets, among other issues, have also been attributed to the increase in crashes.

The National Transport and Safety Authority said most of the accidents are preventable.

NTSA said it had strengthened collaboration with law enforcers for harmonious execution of its mandate while at the same time providing access to vehicle records and licensing data to support security agencies. 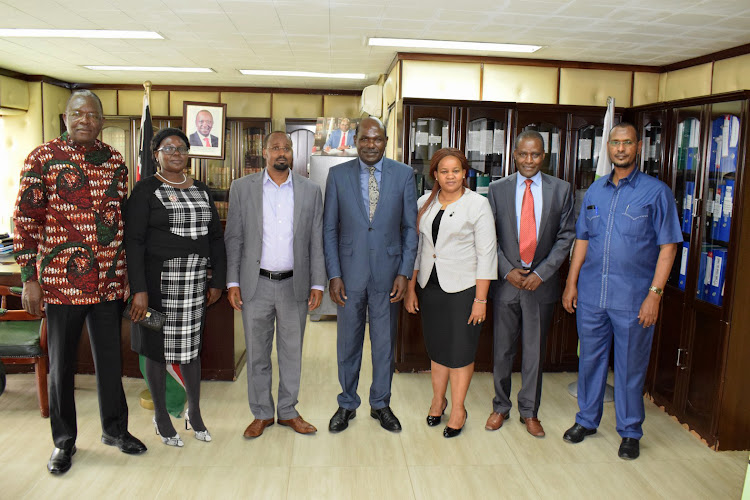 Perhaps surprisingly, most Kenyans are confident that the presidential election in August 2022 can be free and fair.

Yet, as we all know, this will be one of the most highly charged presidential elections for decades as old foes (once allies) battle it out.

In this highly polarised environment, it is vital that Kenyan voters accept the final result as free and fair - whether or not their preferred candidate is the victor.

It is therefore vital that the Independent Electoral and Boundaries Commission discharges its mandate effectively and independently.

The IEBC complained that last year that it was being underfunded by government and this could compromise its ability to run a credible election. This was compounded by the government's refusal to allow foreign donors to help fund the IEBC.

Yet this popular vote of confidence in the IEBC is a good starting point. the wananchi are on their side. They must not let them down, whatever handicaps they face in election finance.The Star 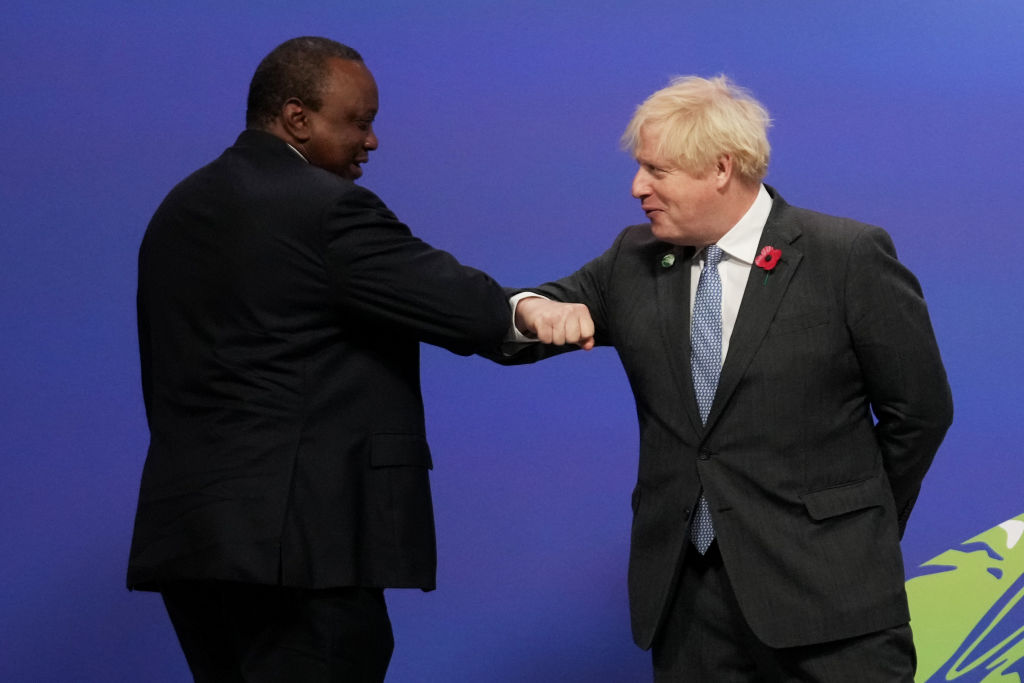 The UK is backing the development of a railway hub in Kenya’s capital Nairobi as part of a five-year investment plan worth $1bn.

In its initial phase, the project, which was agreed two years ago between Prime Minister Boris Johnson and Kenyan President Uhuru Kenyatta, will cost 1.35bn Kenyan shillings, which will be paid by the UK Government.

“We are delivering that ambitious, strategic partnership that was agreed by our two national leaders,” said Africa minister Vicky Ford.

Climate financing and investments in various sectors will be part of the $1bn five-year plan. By Ilalia Grasso Macola, City AM