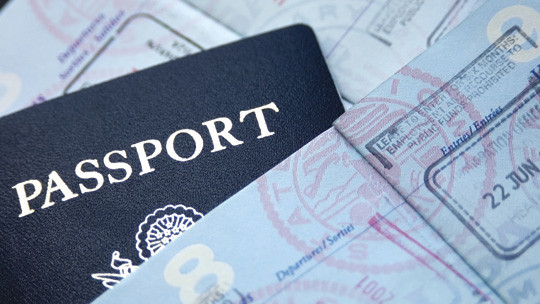 The government of Uganda says it is implementing a visa waiver for South Sudanese citizens entering Uganda from Friday, October 1st, 2021.

“This is, therefore, to notify you that with effect 1st October 2021, citizens of the Republic of South Sudan will not be required to pay the Visa Entry Fee to enter into the Republic of Uganda,” Maj Gen Apollo Kasiita Gowa of the Directorate of Citizenship and Immigration Control of Uganda said on Thursday.

Last month, the Ugandan government announced plans to waive visa entry fees for South Sudanese citizens entering Uganda in a bid to implement the decision of the 36th meeting of the Council of Ministers of the East African Community vide EAC/CM/36/94 and EAC/CM/36/95.

The protocol on the Free Movement of Persons within the East African region will ease movement within the region.

South Sudan government is expected to reciprocate by effective the Visa waiver for Ugandan citizens entering South Sudan by end of October 2021.

A Rwandan court on Thursday sentenced a prominent YouTube commentator and genocide survivor to 15 years in prison for "inciting violence" after she hit out at President Paul Kagame on her channel.

Yvonne Idamange is one of a number of people who have fallen foul of the authorities after turning to the video-sharing platform to publish content critical of the government, raising concern among international rights groups.

The 42-year-old mother of four, who was not in court for the verdict, was convicted of six charges, sentenced to 15 years behind bars and fined the equivalent of $2,000 -- less than the 30 years and $6,000 sought by the prosecution.

Idamange, who survived the 1994 Genocide against the Tutsi, was arrested in February for "exhibiting behaviour that mixes politics, criminality, and madness", police said at the time.

The accusations were based on comments on her popular YouTube channel "Idamange" in which she accused Kagame and his government of dictatorship, and of exploiting the genocide without giving enough welfare to the survivors.

Idamange had accused the court of bias and boycotted proceedings in June after her request for the trial to be broadcast online was rejected by the court.

Rwanda has often come under fire for rights abuses and a crackdown on freedom of speech, critics and the opposition.

In March, Human Rights Watch voiced alarm over Kigali's crackdown on people using YouTube or blogs to speak out about sometimes controversial issues in Rwanda.

HRW said then that at least eight people reporting or commenting on current affairs -- notably the impact of strict anti-Covid measures which have hit the poor hard -- have been threatened, arrested, or prosecuted in the past year.

It pointed to a 2019 statement by Kagame to highlight the dangers faced by those using online platforms: "Those that you hear speak on the internet, whether they are in America, in South Africa, or in France, they think they are far.

"They are far, but they are close to the fire. The day they get closer, the fire will burn them." - AFP/The EastAfrican 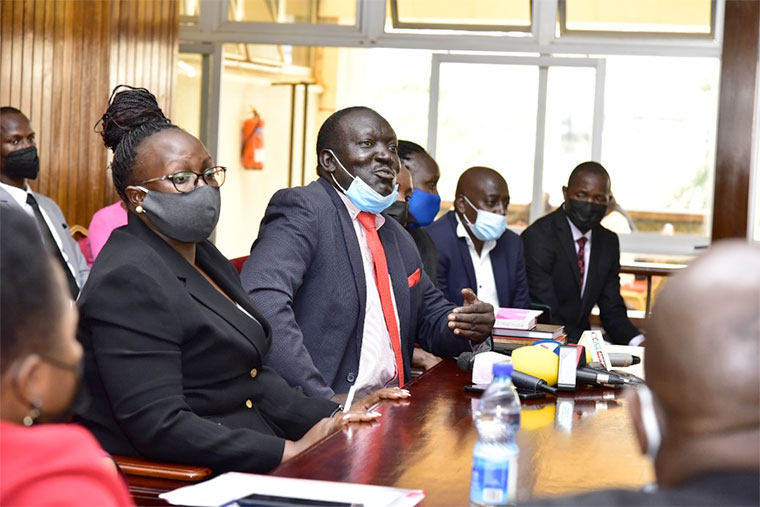 Opposition MPs addressing at parliament. Photo via The Observer

Ssegirinya and Ssewanyana who are facing murder and terrorism charges got re-arrested soon after being granted bail by the High court. The MPs communicated their position following today's meeting chaired by the leader of the opposition in parliament (LOP), Mathias Mpuuga.

“We condemn the illegal detention of the two MPs and many other Ugandans who are being held for so long without trial,” opposition chief whip John Baptist Nambeshe said, adding that, “We will boycott the plenary sittings of parliament until the due process of the law is followed in the prosecution of our colleagues and other opposition supporters.”

The move, Nambeshe said, is intended to force the government to respect the rule of law.

“Until the two members and other Ugandans who support change who are in incarceration; some in places we don’t know are taken through due process, we shall not go back to parliament and comfortably deliberate on issues when our people are being persecuted,” Nambeshe said.

The development comes a day after opposition MPs stormed out of parliament in protest of what they termed as government’s failure to offer a satisfactory reason for the brutal re-arrest of Ssewanyana and Ssegirinya moments after they had been granted bail.

Ssewanyana was re-arrested last Thursday while Ssegirinya was re-arrested this Monday outside Kigo prison by armed security operatives. Meanwhile, the opposition has also rejected President Museveni’s push to abolish the requirement to grant bail to suspects.

“We want to confirm that we stand by the current provisions in the Constitution. Uganda obligations, internationally and regionally; we are party to the universal declaration of human rights that calls for presumption of innocence, we are a party to the international covenant on civil and political rights. All those obligations mandate us as a country to ensure that we respect the presumption of innocence and by extension, we uphold the right to apply for bail,” Bugiri MP Asuman Basalirwa said.

“We will defend the current constitutional provision that entitles anybody accused of an offence to apply for bail and will therefore not be party to any moves that are intended to remove bail from our law books. The current provisions on bail are sufficient enough to cater for Mr Museveni’s concerns,” he added.

Yesterday Tuesday, Museveni met NRM MPs to sell to them his idea of scrapping the constitutional provision on bail which Basalirwa warned is likely to cast the NRM government in bad light.

“The NRM government will go into history as the first government in the whole world to abolish bail. Not even the Taliban [in Afghanistan], not even the military regime in North Korea or in Myanmar abolished bail, so, they [NRM] will be the first should they pursue this matter to its conclusion. If Museveni wants to be the champion of being unique in that respect, we will not follow him in that uniqueness,” Basalirwa said. - The Observer 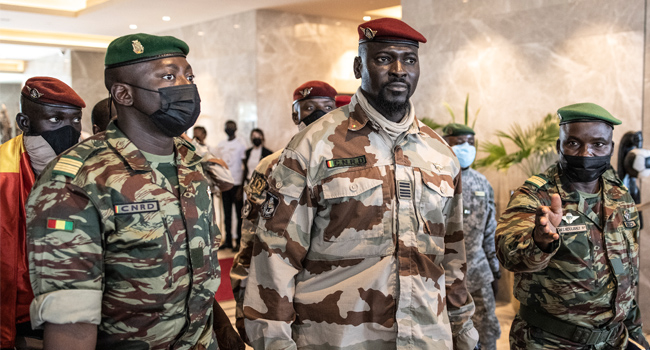 Mamady Doumbouya, a special forces colonel who led a coup in the West African state of Guinea on September, will be sworn in as interim president on Friday, the authorities say.

Doumbouya will be sworn in at noon (1200 GMT) at the Mohammed V conference centre in the capital Conakry, a communique read late Wednesday on national television said.

He will become transitional president, serving before the country returns to civilian rule, according to a blueprint unveiled by the junta on Monday that does not mention a timeline.

The September 5 coup, the latest bout of turbulence in one of Africa’s most volatile countries, saw the overthrow of 83-year-old president Alpha Conde.

Conde became Guinea’s first democratically elected president in 2010 and was re-elected in 2015.

But last year he pushed through a controversial new constitution that allowed him to run for a third term in October 2020.

The move sparked mass demonstrations in which dozens of protesters were killed. Conde won re-election but the political opposition maintained the poll was a sham.

The “charter” unveiled on Monday vows that  a new constitution will be drafted and “free, democratic and transparent” elections held, but does not spell out how long the transition will last.

The document says the transitional president will be “head of state and supreme chief of the armed forces… (and) determines the policies of the Nation,” with the power to name and fire an interim prime minister.

However, the president will be barred from being a candidate at the elections that will take place after the transition, it says.

The turbulence in the former French colony has sparked deep concern among Guinea’s neighbours.

The coup is the second to take place in the region, after Mali, in less than 13 months.

The region’s bloc, the Economic Community of West African States (ECOWAS), is demanding that elections be held within six months, as well as Conde’s release. 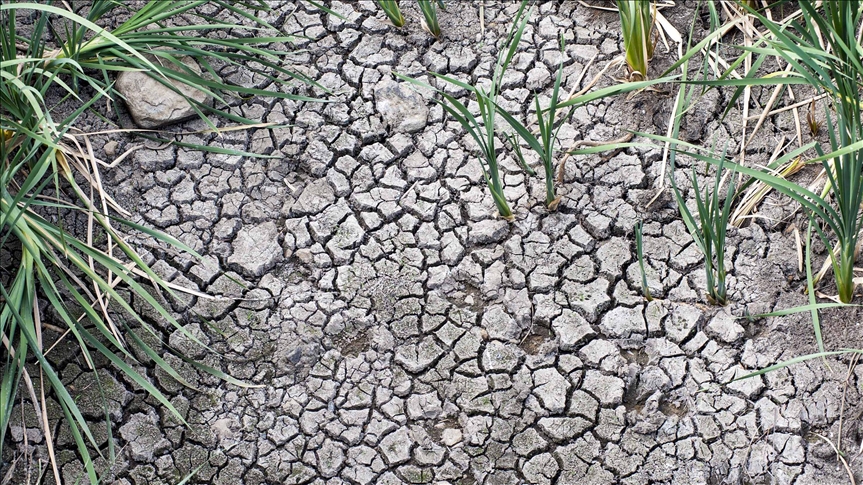 Arid land is seen due to elevated temperature and drought, at Lindlay town in Free State, South Africa on January 14, 2016. ( Ihsaan Haffejee - AA )

Report says Africa needs additional investment of $280 billion which will produce more than fourfold return by 2050. Billions of dollars are needed to prepare Africa’s cities for climate change and to turn urban centers into engines of green growth, a report released Monday by the Coalition for Urban Transitions and FSD Africa said.

The report, which is based on an analysis of cities in Ethiopia, South Africa and Kenya, which combined represent 18% of Africa’s urban population, notes that investing in climate readiness in African cities will have immense economic gains.

"Economic analysis commissioned for the report shows that across the 35 major cities in the three countries, delivering more compact, clean and connected development would require an additional investment of $280 billion but would produce a return of more than four times that, with total benefits worth $1.1 trillion by 2050, equivalent to $330 billion in today’s terms (net present value)," the report notes.

Mark Napier, the CEO of FSD Africa, in a statement said that "Africa’s destiny will be determined by the way its cities develop. We firmly believe that with well-structured green investment, it is possible to deliver both environmental benefits and strong economic growth at the same time.”

Nick Godfrey, director of the Coalition for Urban Transitions, for his part said that “whilst the scale of the investment needed is significant, the economic dividends are far greater, and
there are existing mechanisms capable of financing a more sustainable, healthier and prosperous urban future across Africa.”

The investment will also create hundreds of thousands of jobs, improve health, reduce pollution and raise productivity across the continent, while at the same time reducing carbon emissions and making cities more resilient to the impact of rising temperatures, the report said. By Andrew Wasike Shimanyula , Anadolu Agency