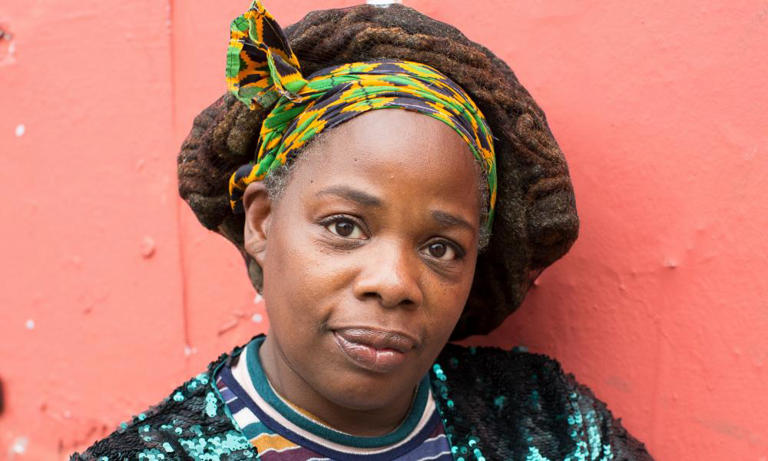 Ten million people living in England and Wales were born abroad. Fewer than half of Britons call themselves Christians. For some, the two main takeaways from the 2021 census for England and Wales – a more diverse nation and a more secular one – provide something to celebrate. For others, “white decline” and the decline in Christian identity are developments to fear. 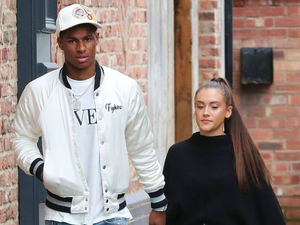 Many have linked the two trends, viewing both the erosion of Christian belief and the falling proportion of “white Britons” as products of mass immigration undermining the traditional character of British identity. In fact, the decline in the white British population is acting as a brake to the decline of Christianity.

While the number of white Britons identifying as Christian has fallen (by almost 7 million), the numbers of black, Asian and “white other” Christians have risen. Immigration has become an important prop in sustaining Christianity, east European and African immigrants, in particular, helping fill church pews. The lowest proportions of people declaring themselves as being of “no religion” are largely in the major cities, which are also the most diverse.

Just 3% thought that 'to be truly British you had to be white', a figure that had fallen by two-thirds since 2006

If critics such as Nigel Farage truly want to prop up Christianity, they would do well to argue for more immigration, especially from east Europe and Africa. Of course, none will do so, because the argument that immigration undermines Britishness is a claim more about immigration than about Britishness or Christianity. What is important to such critics is the symbolic value of immigration as a measure of unacceptable change. And, for all their insistence that their anxieties have little to do with questions of race, such critics often obsess about “white decline” as the keenest expression of the unacceptability of mass immigration.

The lament for “white decline” is a far-right trope that has seeped into mainstream conservative discussion, and is often expressed in straightforward Powellist terms (“Enoch was right”). The critics often get their facts wrong – London and Manchester are not, as Farage claims, “minority white cities”, though they are minority white British.

Why should it matter to such naysayers that there are, in some cities, more Britons without a white skin than with? Because, suggests one of Britain’s leading conservative voices, Douglas Murray, “we never voted for this. Quite the opposite in fact.”

It’s true that no party has had in its policy platform the demand that “we will turn white Britons into a minority”. But no mainstream party has had (in recent decades at least) a policy platform that demanded that “white Britons should always remain a majority”. Parties that have explicitly avowed such an aim – eg the BNP – have barely made a scratch on the electoral process.

In 2020, just 3% of people thought that “to be truly British you had to be white”, a figure that had fallen by two-thirds since 2006. Meanwhile, the census shows that in 2.5 million households in England and Wales – more than 10% of the total – there were two or more ethnicities, while a quarter of London households were of mixed ethnicity. Most people, in other words, are more comfortable with diversity, and less obsessed with skin colour, than the Murrays and Farages of this world. For sections of the right, “the voters” or “the people” provide a convenient alibi for their own prejudices.

If the debate over the census data exposed some of the uglier seams of conservative thinking about Britishness, the furore over royal aide Susan Hussey’s questioning of Ngozi Fulani, the black founder of a charity for victims of domestic violence, at a Buckingham Palace reception, was revealing, too, about contemporary anxieties over identity.

Few people with black or brown skins will not have faced the “But where are you from? No, where are you really from?” routine. Only once the interrogator has discovered your deep ancestry would they be satisfied that they had discovered the “real” you.

In the past, it was a line of questioning rooted in straightforward racism, the “real” you exposing why you could never be truly British. Some of that sentiment still remains – it’s at the heart of the fear of “white decline” – though most people now have little trouble in accepting as British those with distinct histories and heritages.

At the same time, though, we have as a society become more consumed by questions of identity, and with the desire to reframe one’s sense of belonging by rooting it in one’s cultural difference and heritage. It is a shift that often helps blur the lines of racist thinking.

Many apologists have suggested that in the conversation at the palace, Hussey was simply being curious about Fulani’s background. There is nothing wrong with asking someone about where they come from. But any reasonable reading of the exchange shows Fulani insisting that she is British and Hussey continuing to press to find the “real” Fulani behind her Britishness. Whether one reads that as racism or social maladroitness, it is not difficult to see why Fulani might have found it uncomfortable. Nevertheless, the idea that this should be a sacking offence, or that the incident should dominate the national conversation for days, reveals how tendentious have become debates about identity and belongingness today

It’s as if there are two different Britains in which discussions about diversity, belongingness and identity take place. There is the Britain revealed by the census data: a more diverse nation, in which there is friction and conflict and resentment, but also one in which most people have become more relaxed about diversity.

And then there is the Britain of the public debates, in which identity becomes more politicised and often more racialised. If we want to know from where much of the friction and conflict and resentment of the first Britain derives, it would help to look at the second.  By Kenan Malik, Observer columnist

Police said four vehicles parked in one of the garages were completely destroyed.

The cause of the fire is yet to be established, police said.

“Nothing was salvaged in my shop,” said Ochieng.

A mechanic said a Sh3 million car that was being repaired at his garage was reduced to a shell.

Magdalene Akinyi, who operates food business at Juakali, said her shop and foodstuff were razed.

“I lost two refrigerators, microwaves, cookers, gas cylinders, among other items,” she said.

The other stalls that were damaged include hardware stores and machine stalls.

Kisumu Central Sub-County Police Commander Anthony Maina said there were no casualties in the incident.

The fire brigade from Kisumu County managed to contain the inferno, though it was a case of too little too late.

“Only a few stalls and items were salvaged,” said Maina.

“At the moment, we can’t state with certainty the total value of property destroyed in the fire. However, I can confirm that a lot of items were razed. We’re investigating the cause of the fire and the extent of damage,” added the Kisumu Central police boss.

According to Nyong’o, the Wanga’s team will write a report on the damage, losses incurred, the needed repairs and preventive measures to be taken in the short and long term scenarios. - Sharon Owino, The Standard 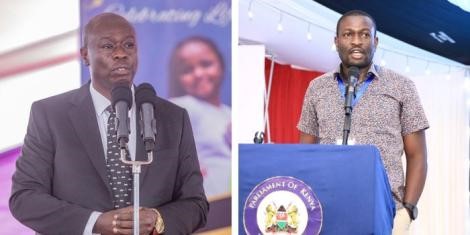 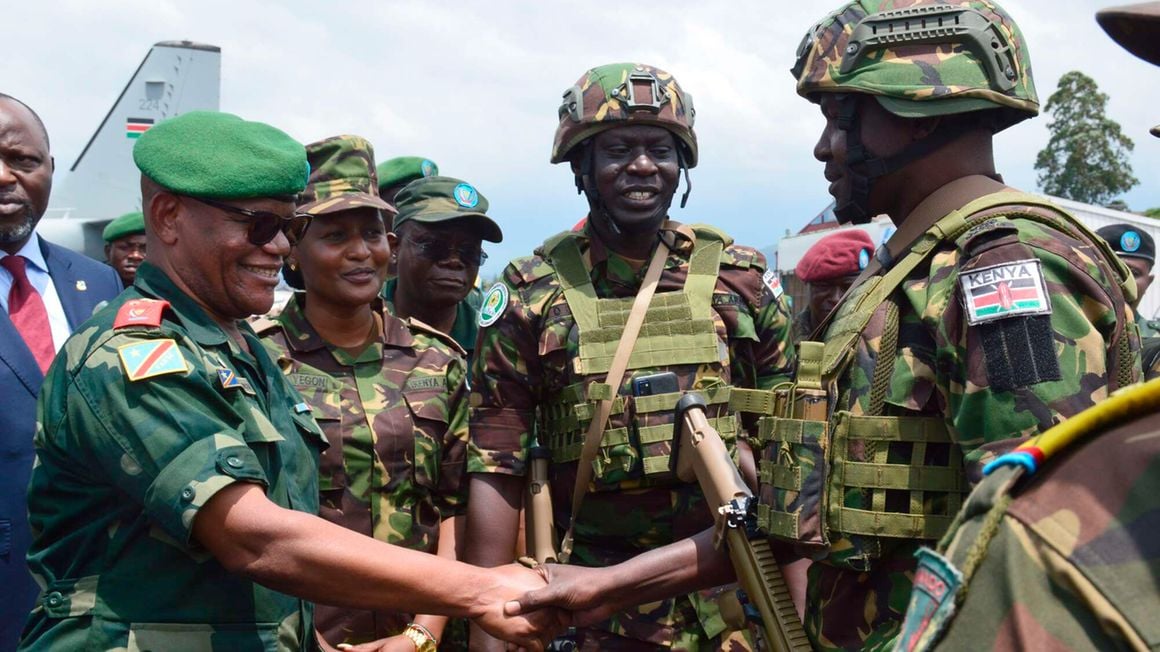 When Russia joined the conflict in Syria in September 2015, its approach was to treat all armed anti-government groups as enemy forces. Within months, it had turned the tide of the anti-Assad campaign in favour of Damascus, stymying the advance of the Arab Spring.

Were it not for the entry of Turkey into the northwest of the country, and the persistence of the United States, the picture in Syria would be completely different today.

With hindsight and in view of the current sabre-rattling between Kigali and Kinshasa, one is inclined to believe that an iteration of that approach would have suited the situation in the Eastern DR Congo. Had the UN mandated Force Intervention Brigade, led by Tanzanian forces, adopted the Russian modus operandi when it was authorised to flush out the M23 fighters from the DR Congo in late 2012; the narrative in eastern DR Congo would perhaps be different today.

In the event, the operation took a partial approach, with the result that the M23 was able to cultivate and sustain the sympathy that has kept it a potent force. As President Paul Kagame of Rwanda has pointed out on numerous occasions, it was a misnomer that the Force Intervention Brigade, and indeed MONUC, should have ignored or even allied with the Democratic Forces for the Liberation Rwanda (FDLR) rebels, while turning the hammer against the M23.

This week, in response to stray shells from the Congolese army landing on Rwandan territory, President Kagame made barely veiled threats that he would consider the unwarranted continued shelling into Rwanda, an invitation to the Rwanda Defence Forces to join in the fray. He also suggested that President Felix Tshisekedi of DR Congo was stirring things up in his own backyard, to delay planned elections next year, which he could lose.

A Rwandan incursion into the DR Congo would, beyond attacking the capacity of the FDLR to make war, be fraught with risk. It would make the conflict more complex, alienate Kinshasa even further and prolong the misery of ordinary Congolese. With Kenyan troops strengthening their presence on the ground, it is time for Rwanda and the DRC to pull back and let Kenya attempt peace support.

The challenge in this conflict is the conflicting perceptions of the major protagonists. While France and most of the Western world see the FDLR as refugees fighting for the right to return home, Rwanda and Uganda have the same view of the M23; while seeing the FDLR as a negative force whose core is made up of people who were key players in the 1994 Genocide against the Tutsi.

It is wishful thinking to expect Kampala or Kigali to ditch the M23, just as it is useless for them to deny habouring sympathy for the group. Diplomacy needs to recognise the fact that many of the older generation in M23, played roles in the wars that brought Museveni, Kagame and subsequently the late Laurent-Desire Kabila to power at different times.

A statement by the Prime Minister's Office said Majaliwa made the commendation after he was briefed by TAWIRI that it has managed to control four herds of elephants with a total of 82 of the animals.

Eblate Mjingo, TAWIRI director general, told the Prime Minister in Lindi region that the wildlife research institution has managed to collar elephants belonging to one of the four herds to enable game rangers to track stray elephants that raid farm crops and residential areas.

"Elephants in the remaining three groups of herds will be collared by Saturday," said Mjingo, adding that one of the groups has a herd of 50 elephants.

He said some elephants were wreaking havoc in Nachingwea district and one herd was in Liwale district in Lindi region.

Plans to collar the elephants were announced in July by the Deputy Minister for Natural Resources and Tourism, Mary Masanja, after she visited some villages that had fallen victim to elephant attacks.

The collars include Global Positioning System (GPS) and Global System for Mobile Communications (GSM) tracking devices that are placed around an elephant's neck to monitor their movements and behavior as well as to assist with conservation actions. - Xinhua