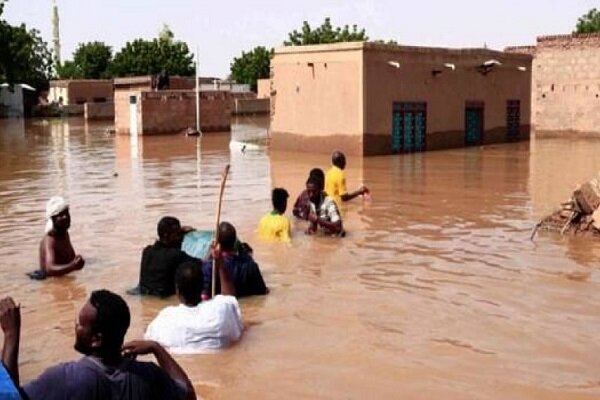 Flooding caused by torrential rains in Sudan has killed at least 52 people and damaged or destroyed thousands of homes.

"A total of 52 people have been killed and 25 others wounded due to torrential rains and floods since the beginning of the fall season," state media reported, quoting Abdel Jalil Abdelreheem, spokesperson for Sudan's National Council for Civil Defense.

Abdelreheem said 5,345 houses had been destroyed and 2,862 damaged across Sudan. Other public facilities, shops, and agricultural lands were also damaged, TRT World reported.

North and South Kordofan states, River Nile state, and South Darfur were among the most affected across Sudan, he noted.

Heavy rains usually fall in Sudan between May and October, and the country faces severe flooding every year, wrecking properties, infrastructure, and crops.

In a Monday report, the UN Office for the Coordination of Humanitarian Affairs (OCHA) estimated that around 38,000 people across Sudan had been affected by rains and floods since the start of the rainy season.

About 314,500 people were affected across Sudan during the rainy season of 2021, according to OCHA. MA/PR-MEHR News Agency 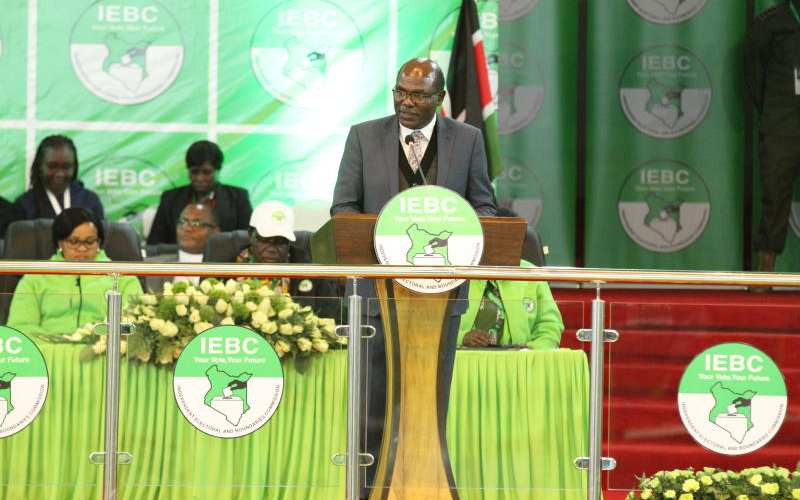 Bomas of Kenya, the Independent Electoral and Boundaries Commission (IEBC) national tallying center, became a location for an award-winning blockbuster movie at the wee hours of Sunday.

The cast for the movie included that of the all too familiar politicians who never disappoint in matters drama.

They turned the venue into a theater of some sorts eclipsing the venue’s main objective, that of allowing the IEBC officials ample time to verify and tally the presidential results following Tuesday’s election.

The leaders drawn from both camps are keeping vigil at Bomas, overseeing the verification exercise of the results which must be announced by Tuesday as required by law.

In what appeared choreographed to break the boredom that comes with sitting for long hours, the leaders often opted to confront each other over with counter-accusations of vote rigging.

The confrontation was often punctuated by high-octane drama in the form of shouting matches and name-calling.

The drama started when Kanchory, Raila’s Chief agent, was blocked from accessing the tallying area.

A shouting match ensued, with the leaders throwing words at each other to the dismay of the IEBC officials verifying votes.

“I want to declare that this place is now a crime scene,” said Kanchory, who forcefully made his way into the tallying area.

The drama that almost degenerated into a fist fight between the two opposing sides forced the Commission to deploy anti-riot police officers at the auditorium.

As this was unfolding at the auditorium, there was also drama outside as the Azimio leaders sought audience with IEBC Commissioners after they spotted a vehicle that was carrying Forms 34B.

MPs Millie Odhiambo and Roza Buyu, who spotted the vehicle, which belonged to a Returning Officer from Narok alleged that the official was conspiring with their opponents to alter the numbers and submit changed documents.

The duo, who attracted a huge crowd outside the venue, demanded the presence of Commissioner Francis Wanderi to ascertain the legitimacy of the documents held by the Narok Returning Officer.

“I can confirm that this is our staff, and we will follow the procedure to ensure that the documents she has bought have not been tampered with,” Wanderi said.

The Azimio leaders were, however, unsatisfied with Wanderi’s response and alleged that the Returning Officer was working with Shollei of UDA to alter the forms.

During the confrontation, two men were spotted with Shollei’s handbags near the vehicle carrying forms 34B.

Upon being questioned why they had Shollei’s bags, the men could not give a satisfactory answer, only saying, “she wanted us to leave them in her car, and we came here to look for her car.”

Police immediately whisked the two to the Bomas Police station for questioning.

The police also searched Shollei’s bags without her presence to establish if they were carrying any incriminating evidence.

Nothing suspicious, however, was found in the bags, which the Azimio leaders strongly believed hid materials for rigging votes.

The verification exercise that entered its fourth day on Sunday has been stopped several times due to the scuffles.

The Commission has until Tuesday, August 16, 2022, to declare the presidential winner of the Tuesday election.

As of 6.30 am Sunday, the Commission was almost halfway through, having relayed verified results of 144 constituencies of the 291.

In the partial results projcted by IEBC on Saturday, Odinga is slightly leading in the presidential race ahead of his competitor – Ruto. By Davis Ayega, Capital News 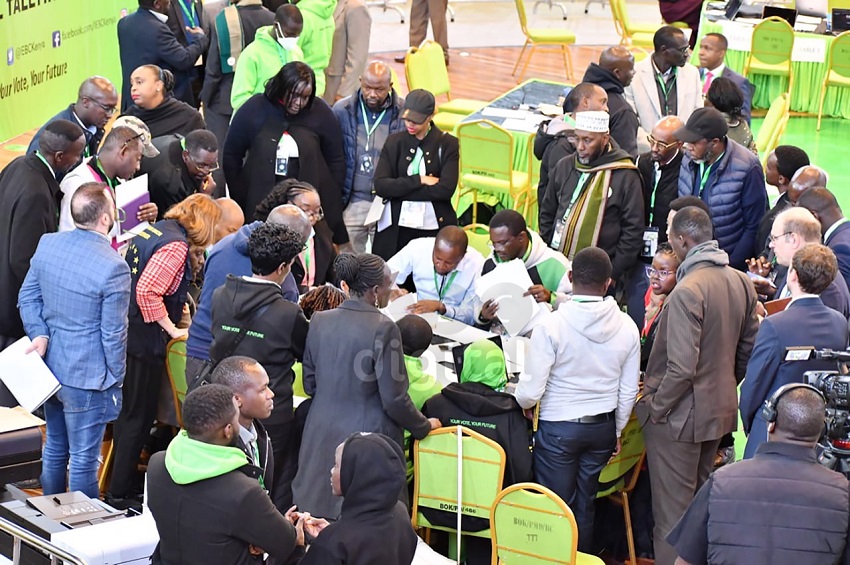 The Independent Electoral and Boundaries Commission (IEBC) has announced new measures at the National Tallying Centre in a move aimed at speeding tallying process of presidential votes.

While giving his media address of the day Saturday, IEBC Chairman Wafula Chebukati said it currently takes between 3 to 4 hours to process one returning officer from all the 290 constituencies and one from the diaspora a factor being blamed on the crowded space.

According to Chebukati, 265 Returning Officers have so far reported to the National Tallying Centre, 142  have been processed while 124 are waiting in the queue.

“As a result of this process floor, some of our Returning Officers have stayed here for three days sitting on those chairs which is totally unacceptable,” said Chebukati.

Chebukati has now issued new directives to speed up the vote tallying process as IEBC targets to beat the Tuesday deadline to announce winner of the presidential election.

Officers on queue are now expected to handover physical forms to the National Returning Officer and then report to the ICT desk for verification of transmitted form 34As against the original physical copies.

Presidential agents will similarly be given results of form 34As and 34Bs for their own use.

“In the event that you require the original documents, they will be available on the desks for verification,” he added.

IEBC has also issued a directive prohibiting anyone from accessing the Bomas of Kenya where the tallying process is underway.

Only presidential agents, their assistants, chiefs agents, deputy chief agents, clerks, observers, diplomats and the media have been allowed on the floor of tallying process. KBC 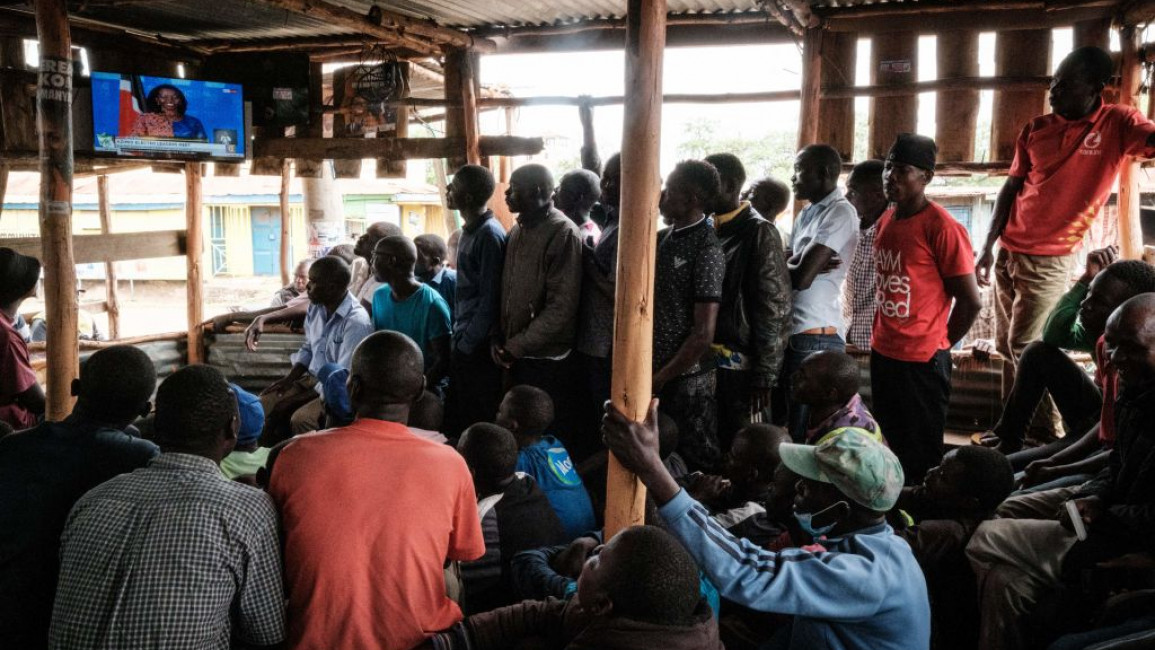 With just over 26 percent of votes counted, Odinga had 54 percent and Ruto had 45 percent, according to results provided by the Kenyan election commission and displayed on a large screen at a national tallying centre in the capital, Nairobi.

Ruto and Odinga are in a tight race to succeed President Uhuru Kenyatta, who has reached his two-term limit.

Kenyatta fell out with Ruto after the last election and has endorsed Odinga.

Election commission chairman Wafula Chebukati blamed party agents, who are allowed to scrutinise results forms before they are added to the final tally.

"Agents in this exercise cannot proceed ... as if we are doing a forensic audit," he told a news briefing on Friday.

"We are not moving as fast as we should. This exercise needs to be concluded as soon as possible."

Representatives from Odinga and Ruto's coalitions did not immediately respond to requests for comment.

Reuters news agency and other media outlets have been tallying results forms from 291 constituencies posted on the election commission website. These have not yet been verified, and this tally is running well ahead of the official one.

As of 1000 GMT, Reuters had tallied 236 forms, which showed Ruto in the lead with nearly 53 percent of the vote, compared to just over 46 percent for Odinga. Two other candidates had less than 1 percent between them.

Nineteen other forms could not be included in the count because they were unreadable or were missing information.

The forms Reuters is tallying are preliminary and the results subject to change. After the forms are uploaded to the commission's website, Kenyan election law requires that they are physically brought to the national tallying center, where party representatives can examine them for any discrepancies.

The commission has until Tuesday to declare a winner. The New Arab Staff & Agencies 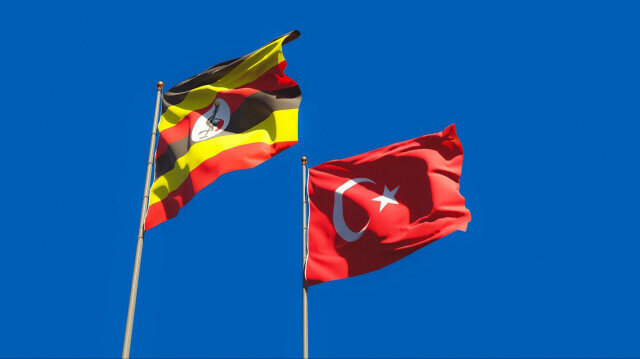 The meetings came on the heels of a successful Türkiye-Uganda business summit that was co-hosted by the Foreign Economic Relations Board of Turkiye (DEIK) and the Uganda Investments Authority in Kampala earlier this year.

“Türkiye is promoting a model of encouraging its companies to invest more in developing economies rather than just exporting goods to these countries because this helps the local economy to develop,” Emek Basak Eker, Uganda's Honorary Consul to Antalya told news reporters in Kampala.

She said she would coordinate with Turkish investors to boost investment, production and export surplus.

Uganda has a growing robust domestic market of nearly 45 million people and those who invest in Uganda now have access to the new East African Community (EAC) market hosting 266 million people and a GDP of $243 billion, according to the Uganda Investment Authority.

The EAC stretches from the Indian Ocean to the Atlantic Ocean.

Utuk Bengisu, the founder of Bosphorus Expo and chairman of the World Cooperation Industries Forum said that the time to invest in Uganda and enhance partnerships is now, adding that Türkiye offers a ready market for Ugandan products.

He announced that a World Cooperation Industries Forum (WCI) to bring Turkish manufacturers and exporters together with potential partners from the entire African continent will be held in Türkiye in September.

African countries enjoy access to external markets under special agreements with more than 6,000 products eligible for US markets under the Africa Growth and Opportunities Act, and quota-free and tax-free access to all products into the European Union under the EBA scheme, or everything else except arms, which removes tariffs and quotas on imports to the bloc from the least developed nations. Source Yeni Safak