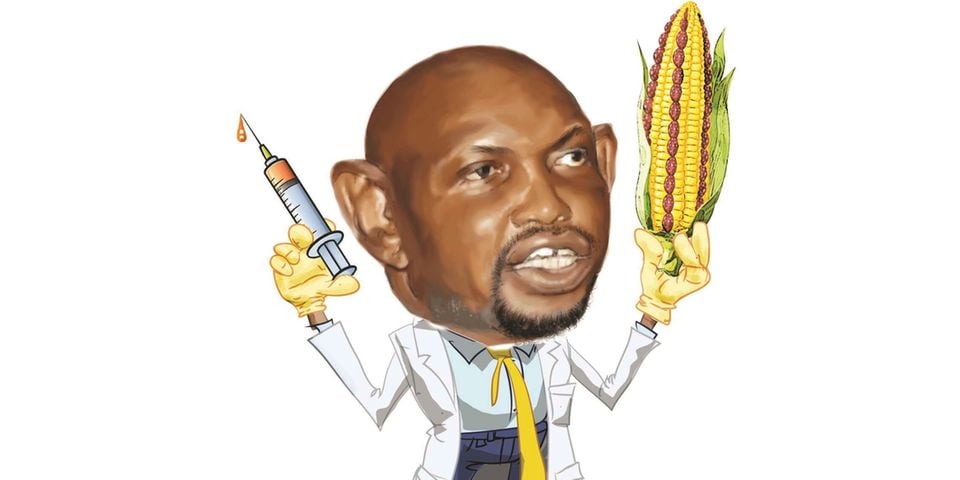 Erratic, controversial, divisive and downright reckless are just some mild adjectives that have been used to describe Trade Cabinet Secretary (CS) Moses Kuria.

Critics of the former Gatundu South MP have often described him as having a “loose tongue”.

If he is not making statements alleged to be capable of inciting or fanning hate speech, he is busy thinking of another rash statement to spark controversy.

Talk of a man who cannot save himself from himself. Even his elevation from an MP to a Cabinet Secretary cannot seem to tame his acerbic tongue.

Repentant one day, divisive the next; you can hardly take to the bank anything about the former banker’s behaviour.

If folklore was to be written about the politician, would legend describe him as one with an uncanny ability to disengage his brain whenever he spoke?

Last week, Mr Kuria was again at his best element. The 51-year-old said the government had deliberately lifted the ban on importing Genetically Modified (GM) food to increase causes of death in Kenya.

The CS said Kenyans face death courtesy of many problems bedevilling the country.

“By just being in this country, you are a candidate for death. And because there are so many things competing to kill you, there is nothing wrong with adding GMOs to that list,” said Mr Kuria during a press conference.

Probably the man spends a lot of his free time watching movies and to be specific, A Million Ways to Die.

Also read: Moses Kuria is being crucified for doing the Lord’s work

He has been a frequent visitor to courtrooms and police cells over allegations of making incendiary statements although he always maintains that “nothing in my DNA is synonymous with hate”.

In 2015, he was accused of fanning ethnic hatred by saying that a terror attack at Gikomba Market that killed 15 people was orchestrated by “Odhiambos” and not “Somalis”.

But like a true chameleon, he would quickly be seen in Gor Mahia jersey attending a football match and even contributing to their cause.

In that same year, he sparked another controversy when he appeared to incite his constituents to slash politicians opposed to the National Youth Service projects.

Speaking in his native language, he said: “Those pangas are not just for cutting grass. Someone like that (opposed to NYS programme), you first prune him and finish him.”

But in his true element, he said he had no regrets for uttering the statements. “I only regret that they were misconstrued”.

Early this year, he said he could only join Raila Odinga-led Azimio la Umoja when dead and went on to deride Jubilee Party, saying “itasahaulika kama duka la kamisi (the party will be as irrelevant as a petticoat shop).

Last year, he was charged with assault but was later set free after the case was dropped. He was also part of the infamous “Pangani Six” politicians who were charged with hate speech.

The fifth-born in a family of nine has always been a rabble-rouser for most of the slightly over a decade he has been in the public limelight.

With MPs’ threats to impeach him losing steam, but the GM maize controversy still heated, Mr Kuria is likely to remain the man to watch.  By Collins Omulo, NMG 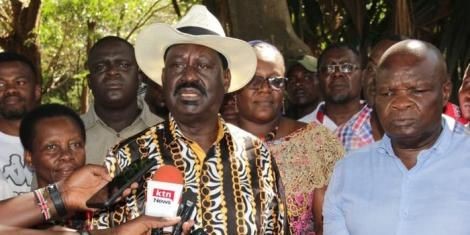 The EALS is a regional bar association for East Africa and has over 19,000 members.

Kabasinga is the Founder and Managing Partner of Certa Law, a well-known local law firm.

She boasts almost two decades of experience in the fields of International Criminal Law and Domestic Commercial and Criminal Justice.

In addition to her new responsibilities, she is also the Chairperson of the Alternative Dispute Resolution Committee of the East Africa Law Society and a member of the American Bar Association.

Kabasinga holds a Master’s degree in Human Rights Law from the University of Notre Dame in Indiana, USA. 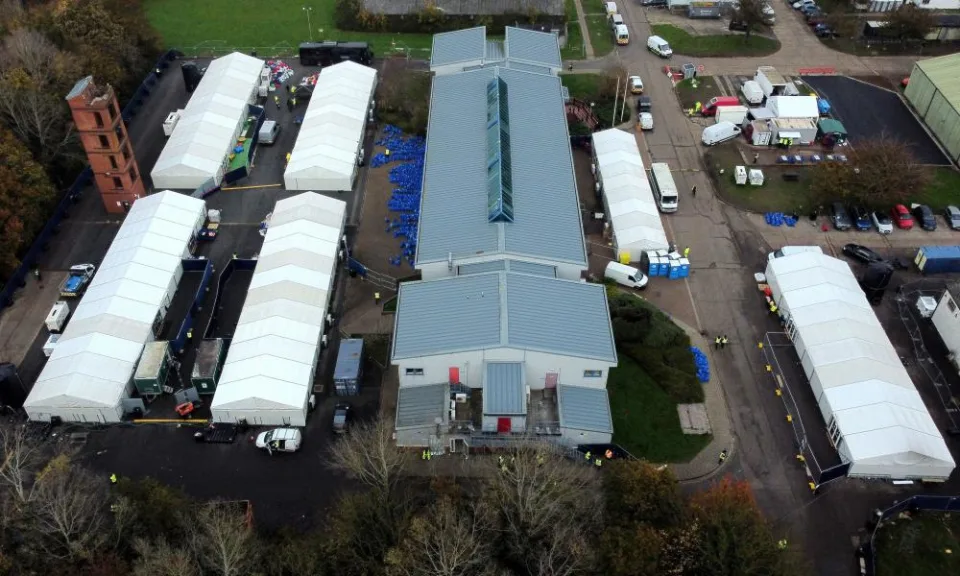 The Home Office is routinely changing the dates of birth of unaccompanied child asylum seekers to classify them as adults, according to experts who say the practice is now happening on a “horrifying scale”.

As a result, many children are being wrongly sent to the notorious Home Office site at Manston in Kent, the experts warn, and detained in unsafe conditions for up to several weeks.

The Refugee Council said interviews with 16 children released from Manston revealed that even in the cases of some boys who had identity documents stating they were children, the Home Office changed their dates of birth to make them over 18.

One of the children, interviewed at a hotel in London last week, said they had been attacked by adults in Manston, and others described fights and the police being called.

Sonia Lambert, who works for the Refugee Council, described boys giving their ages as 15 to 17, but Home Office staff not accepting their stated ages. One had his birth date altered by one year, putting him over the dividing line of 18. “I cried so much but they still didn’t change it back,” said an Afghan boy.

Three of them showed images of ID documents or passports on their phones to officials from the Refugee Council’s age-dispute project, which had been either ignored or discounted by the Home Office. Some of the boys said they could not understand why they had been “given” a new age despite their protests.

Categorising the unaccompanied child asylum seekers as adults meant some were placed in Manston for more than 10 days at a time, and several for over 20 days.

Manston was emptied last week following a series of controversies at the site, including overcrowding, allegations of drug selling by guards, asylum seekers being left stranded in central London after their release from the centre, and outbreaks of infectious diseases, such as diphtheria.

On Saturday the Home Office said that the recent death of a migrant held at Manston may have been caused by diphtheria, a highly contagious infection that affects the skin, nose and throat.

Lambert, who was among those who visited the hotel where the children were interviewed, said: “One of the most shocking things to me is how young many of them looked. Several even had proof of their ages, and showed us images of ID cards or passports, which seem to have been ignored or discounted by Home Office staff.”

One of the 15-year-olds, from Iran, had an image of his passport and his ID card, but said that Home Office officials were “not interested”. He claimed they told him it didn’t matter that they’d given him a new date of birth because there would be a chance to correct it later on. The boy went on to spend 24 days in Manston.

One of the boys, from Syria, said: “I’ve never been more frightened than I was in Manston.” Another, from Sudan, added: “It’s the worst place I’ve ever been to.”

Renae Mann, executive director of services at the Refugee Council, said: “This is a misuse of power by the government. These children are very vulnerable and have been through so much already.

“Our staff are seeing many young people aged 15, 16 and 17 who have been wrongly treated as adults by Home Office staff. It is only once we get involved that these children are recognised as such and are taken into local authority care.” Once classified as adults the boys are at risk of being “dispersed” to adult accommodation, usually hotels, throughout the UK.

The Refugee Council has worked with 92 young people at the same hotel since the start of September, all of whom it has successfully managed to have taken into care. Mann added that the government had not published data that offered a clear picture of the numbers of children affected.

“As the government works to address the huge challenges in the asylum system, the treatment and welfare of children must be prioritised.”

A Home Office spokesperson said: “Age assessments are challenging but vital to identifying genuine asylum seeking children and stop abuse of the system. We are taking a holistic approach to prevent adults claiming to be children, or children being wrongly treated as adults – both present serious safeguarding risks to children.

“Our reforms through the nationality and borders act aim to make assessments more consistent and robust by using scientific measures, and creating a new national age assessment board. If there is doubt whether a claimant is an adult or child, they will be referred for a local authority assessment and will be treated as a child until a decision on their age is made.” By Mark Townsend, Guardian 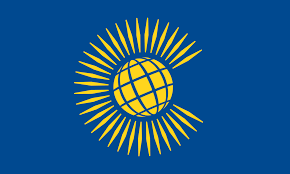