More than 400 employees of the Médecins Sans Frontières (MSF), in South Sudan's Northern Bahr al Ghazal State have laid down their tools in protest against what they call 'illegal taxation' on their National Social Insurance Funds (NSIF).

Since Tuesday, medical doctors, nurses, lab technicians, midwives, security guards, cleaners, and cooks have suspended their duties at Aweil Civil Hospital run by MSF and asked the employer to immediately reverse the order.

Speaking to Radio Tamazuj on Wednesday, the employees said the organization intends to tax 20% from their NSIF although the government and the National Revenue Authority (NRA) have assured them that the tax order is illegal.

The protesters' representative Deng Chan Chan said they approached the state labour ministry and the NRA in January last year and they were told to receive their social funds free of tax.

"We are protesting the unreasonable taxation imposed by the National Revenue Authority on the National Social Security Insurance Fund (NSIF). In November 2020 the ministry of labour approved our money to be paid tax-free and then for reasons best known to MSF and the NRA, they came up with another document asking for the taxation of NSIF," Deng Chan said. "But when we went through the laws that are governing this institution, there is no single article talking about taxation on NSIF. We disputed this and we were told to follow this with our government. On the 25 of January 2020, we went to the state labour office of Northern Bahr el Ghazal State and we received a letter that our money would be paid tax-free.''

He said they submitted the letter to MSF but were then asked to validate it with the NRA, which they did. But he says, "The office finally decided that they will not respect decisions that are made by the state government that the state government has to speak to the NRA to write a uniform document asking for the payment of tax-free NSIF. However, this has brought confusion and we decided on strike,'' Deng concludes.

Aweil Civil Hospital management says the current situation at the hospital is deplorable as health workers are on strike.

According to the medical doctor, the state government has vowed to resolve the impasse as soon as possible.

For his part, Cyrus Paye the project coordinator for MSF in Northern Bahr al Ghazal State said the organization is concerned about the conditions facing the workers and called for patience until all the outstanding issues are resolved.

The coordinator invites the complainers to express and peacefully advocate for their rights and cease any aggressive approach.

"I was once advocating for staff and I feel what you feel. I think you guys should all understand, don't fight for your right with aggression,'' he pleaded. - Radio Tamazuj 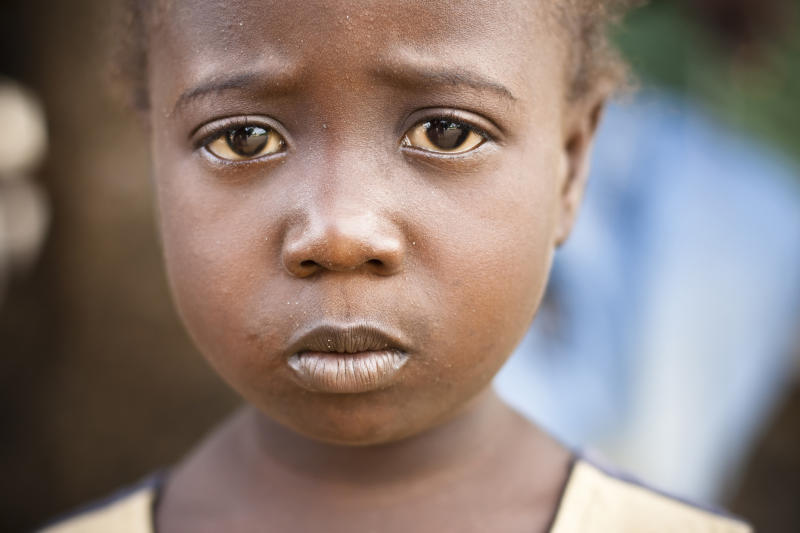 A child looking directly at the camera with a serious face. Photo Courtesy

Some 1.5 million Kenyans are facing an acute food shortage that has been exacerbated by Covid-19, climate change and locust invasion, a new report says.

The Global Hunger Report gives Kenya a score of 23.7, which lists it among 40 countries with a serious risk of hunger. The scores range between 0-100, with countries with lower figures having low levels of hunger.

By that score, Kenya, and much of the world is behind the aspiration to eradicate hunger by 2030, said Kelvin Shingles, the Country Director of Welthungerhilfe (WHH), the organisation that produces the annual reports

As per the 2020 Global Hunger Index, 2020, Kenya is ranked 84th out of 107, behind Algeria, Egypt, South Africa, Ghana, Senegal, Gambia, Gabon, Namibia, and Cameroon that have moderate levels of hunger while Eswatini, Mali, Malawi, Botswana, and Benin have a serious level of hunger but better scores than Kenya.

In Africa, only Algeria is listed as having a low level of hunger.

The organisation gives a score based on data on child mortality, child under nutrition, and inadequate food supply to assess progress and setbacks in combating hunger. -

The lesser the score, the lower the hunger levels are in the country. At 23.7, Kenya’s level of hunger score is above the global average of 18.2.

The hunger level in the country increased in 2020 from 23.2 in 2019, which the report attributes to conspiratorial factors of Covid-19 and locust invasion.

In Kenya, the report states that 23 per cent of the population is under nourished. The figure has reduced from 3.4 in the past two decades.

According to the report launched in Nairobi yesterday, child mortality rate is decreasing and is now at 4.1 per cent.

Globally, almost half of the children who die before their fifth birthday are affected by malnutrition, Shingles said.

The report shows that Kitui and West Pokot counties have high pockets of children who are stunted.

Some 31.3 per cent of children under five years in Kenya are stunted, according to the Global Hunger Index.

Further, the report says chronic child under nutrition - which develops slowly over an extended period of time - is pronounced in Kenya.

More than 50 countries are facing severe hunger. Hunger is at alarming levels in 11 countries while 40 countries, Kenya included, have serious levels of hunger.

“The outlook was bad even before Covid-19 but now we have a triple threat in Kenya, including the locust outbreak, the increasing frequency of crisis due to climate change,” Shingles said.

Agriculture and Food Crops Principal Secretary Hamadi Boga and representatives of food security lobby groups were at the launch of the report. - Allan Mungai, The Standard 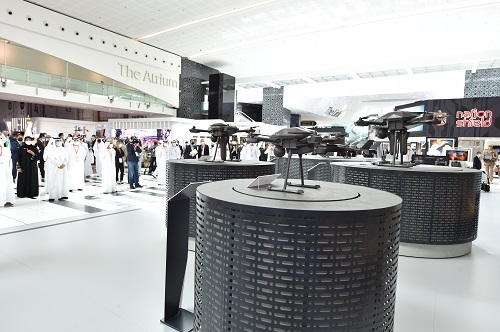 The LooK SPOT solution is an intelligent and innovative way to deploy technologies to better protect the health of people across the region. Being able to have a quick and accurate COVID-19 diagnosis can interrupt transmission, aid clinical management, and help proper allocation of resources to isolation.

LooK SPOT AI COVID-19 Antigen Rapid Test uses the nasal sample collected from 1 inch in the nostril. It uses Artificial Intelligence technology to deliver real-time test results within 5 to 8 minutes with 97.4% sensitivity and 98.3% specificity in detecting the SARS-CoV-2 virus. This Antigen test kit is one of the leading kits available in the market. LooK SPOT COVID-19 Antigen Rapid Test can also detect the new variant of the SARS-CoV-2 virus which was first identified in the United Kingdom and South Africa.

"LooK SPOT's AI Algorithm has high accuracy and can identify the colour signal on tests in low positive cases when human eyes cannot, therefore eliminating the human error and manual process done with other Antigen tests available in the market. LooK SPOT reduces healthcare responders' cognitive load by providing accurate test results in an easy-to-read format. LooK SPOT has been designed with a tactical edge to fight COVID-19." said Diego Lai. Co-Founder and CEO of Laipac.

LooK PASS App can be downloaded from Apple or Google stores, to scan the LooK COVID-19 antigen cassette before the test, and test results can be received on smartphones within 5 to 8 minutes. Negative test results generate a QR code on the app which may be used as a Pass to enter a facility, events, gatherings or used for transport facilities. Via Pure Health, LooK SPOT will be able to provide a full API integration with multiple IT applications and travel applications for real time reporting.

The Artificial Intelligence Rapid Antigen Test will be showcased at the LooK SPOT Stand 03-C22 at IDEX 2021 Abu Dhabi between 21-25 February.  AETOSWire