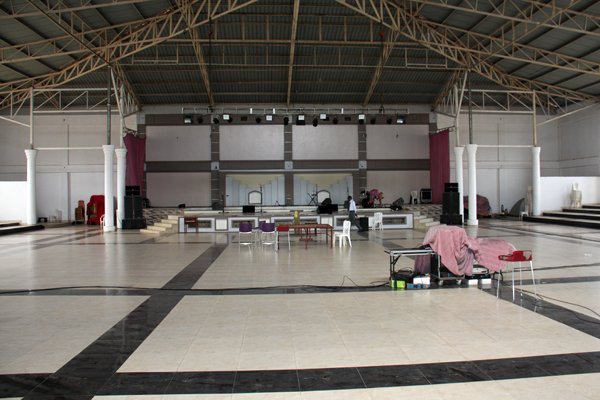 As Ugandans await President Museveni’s address on the Covid-19 situation in the country this evening, Daily Monitor talked to some people on their expectations.

A senior pastor at Faith Power Center Church Entebbe, Bishop Charles Kiwanuka Kaisali told this reporter that he expected Mr Museveni to open up places of worship since they provide hope and peace to people, especially in such dire times when many have lost their jobs and others going through dejected situations.

“In a time when there is no peace of mind, a person changes, people may not turn into horrible people but due to the situation they need encouragement. Of recent I saw a musician on the news who was responsible run mad because of rent, debts yet if the places of worship were open he would perhaps have sought help there,” he said.

Bishop Kiwanuka said the perception that spreading the gospel didn’t stop since there are online avenues being used by most faith’s to reach believers was wrong.

“The question is, how many people can access those online avenues? Facebook which was the easiest means is still blocked in Uganda and some people have to use VPN to access it yet many are skeptical to use it because of personal security,” he added.

According to him, there was need to devise means of how churches will operate with the necessary SOPs in place since there are no signs of the Covid-19 pandemic coming to an end any time soon.

“Opening up business to operate was a responsible move; the same should be done for places of worship and schools. Some parents say their children are more exposed to risks while at home than at school,” he added.

Ms Hadija Nanyanzi who sells Banana’s in Abaita Abariri market said she hoped the president would lift the curfew time and allow open markets to resume.

“The biggest number of customers used to come to the market. During Friday open market, we would make higher sales which have reduced since their suspension. The trucks that used to deliver the bananas used to arrive here very late in the night, we could purchase and stock, enabling us to start selling early in the morning. Now days we wait until morning,” she said.

“We used to make more money during night because many people used to frequent nightclubs and bars. We had many clients and at times I could make up to Shs 70, 0000 a single night, especially during weekends,” he said.

Ms Dorah Damba who operates a Wines and Spirits bar said she hoped the president would consider the time bar owners have spent without operating which has rendered many jobless in the nightlife sector.

However, Mr Steven Mujuuzi Mayanja a teacher at Victoria High School Entebbe said he does not have any positive expectations from the president this evening concerning the education sector other than extending the lockdown.

“For the past two years I have been at home, government has not thought about me, schools have been closed, some repossessed by banks which made us turn to other sources of income like brick making and hawking snacks. We didn’t even get the [PM Robinah] Nabbanja’s money. I don’t expect much since I hear they are expecting a third wave any time from now,” he said. By Paul Adude, Observer 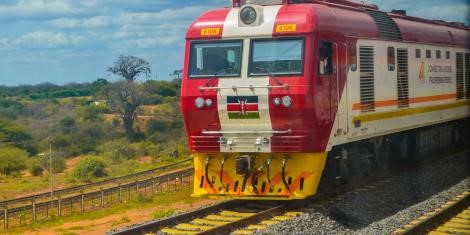 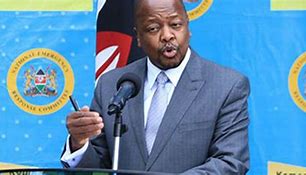 On the GOK Ministry of Health website, the Kenyan government says that it is committed to fully vaccinate the entire population of adults by June 2022.

The early stages of the vaccine development saw some members of the public lose confidence in the process as there were several reported cases of extreme and even fatal side effects associated with the Oxford, AstraZeneca drug.

Norway, Austria, and the Netherlands were the first countries to discontinue the rollout of the vaccine on March 7th after reports emerged of blood clots and cardiovascular related illnesses in patients who had received the vaccine. Majority of European Union countries followed suit later on in March, led by France and Italy.

Despite the risks associated with the AstraZeneca vaccine, Kenya, like many other countries around the world, did not stop the vaccine rollout process. This move was supported by the World Health Organization who urged countries to continue using the vaccine.

The statement from the WHO on the safety of the AstraZeneca vaccine states that cases of extreme side effects were rare and isolated incidents, and that they could not all be clearly linked directly to the vaccine. The statement further warns that the risks of not being vaccinated further outweigh the risk of suffering side effects from the jab.

Some Kenyans who were worried about the safety of the free vaccines opted for a Russian vaccine dubbed Sputnik V which was also briefly approved for use in the country before imports were banned in April after the Kenyan Ministry of Health cited a lack of transparency and accountability in the importation process. Kenyan Health Minister, Mutahi Kagwe in April told reporters that large shipments of the drug were being handled by private companies, adding that many such shipments were unlicensed and could be potentially dangerous because they might be counterfeit.

A single dose of the vaccine was being sold for as much as 7,900 shillings or approximately 70 USD, making the full required double dose cost around 16,000 shillings or approximately 150 USD. Despite the few minor setbacks and complications in the vaccine rollout process, many Kenyans have gone on to get vaccinated and more are still in line to ensure their safety against the Covid-19 virus.

With the emergence of the more deadly Delta variant of the virus MOHK has reported a significant increase in the number of people turning up at vaccination centers across the country. Dr. Willies Akhwale, Kenya’s vaccination taskforce chairman, says they are aiming at vaccinating 10 million Kenyans by the end of this year. So far they have managed to vaccinate 2.5 million people in the country, including those who have only received the first dose.

Members of the public have mixed thoughts about the safety and necessity of receiving the vaccine but the overwhelming majority believes that it is necessary in combating the spread of the pandemic, and they trust assurances from the authorities that the vaccines are safe.

Here are a few remarks from Kenyans on Twitter regarding the safety of the vaccine, and their support or skepticism about the rollout process:

Dr. Catherine Kyobutongi, the Executive Director of the African Population and Health Research Center (APHRC), cheered on the government for the progress they were making in the vaccination exercise.

NAIROBI (Reuters) -Explosions killed at least five people and injured 50 in Burundi’s largest city Bujumbura on Monday night, the prime minister and a health worker said after the latest in a string of attacks in the east African country.

The Interior Ministry said on Twitter that “unidentified terrorists” were responsible. There was no immediate claim of responsibility for the grenade attacks.

Two grenade explosions hit a bus parking lot in the city centre, according to seven eyewitnesses, while a third blast hit Jabe market in the Bwiza neighbourhood, according to another witness.

Five people were killed and about 50 wounded, a health worker helping to care for the injured told Reuters on Tuesday. The witnesses and the health worker requested anonymity.

A man in a bus hit by a grenade explosion said it killed at least three people including a woman. The blast injured his leg, he told Reuters while awaiting treatment.

“I saw people running in all directions, some crawling to find cover,” said a witness to the second explosion at the bus parking lot.

During a visit to the wounded in hospital, Prime Minister Alain-Guillaume Bunyoni, told reporters the attacks had killed four and promised government help for those wounded.

On Sunday, a grenade attack in the administrative capital Gitega killed two, according to local media. It was not clear who was responsible.

An airport worker confirmed there had been an attack on the Bujumbura airport on Saturday. He declined to say what weapons were used and said the building had not been damaged.

Congo-based rebel group Red Tabara claimed responsibility for the airport attack in a statement on Twitter. It said it fired mortars as the president prepared to travel to the United Nations General Assembly in New York.

Red Tabara was formed in 2011 with the aim of overthrowing the government, which it says does not respect the rule of law.

Burundians accused of having ties to the Congo-based rebels have been tortured and likely disappeared, Human Rights Watch said in a report on Friday.

Unidentified bodies have been found in the river separating Burundi and Congo in recent months, it said.

Burundi, a nation of about 11.5 million people, has suffered decades of war and ethnic and political bloodletting. The United Nations says the youth wing of the ruling party and the security services are complicit in the torture, gang-rape and murder of political opponents, charges the government denies. - Reuters 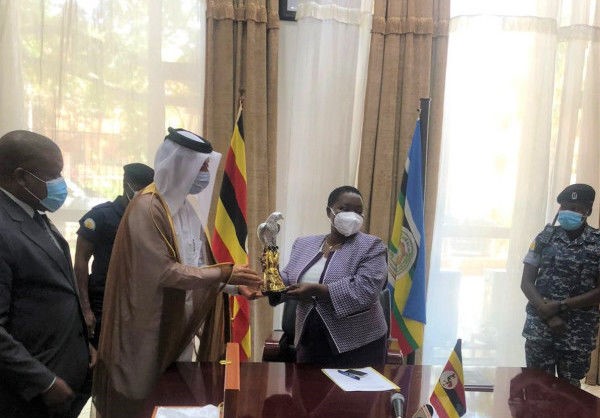 H.E. the Prime Minister of the Republic of Uganda Robinah Nabbanja met with HE the non-resident Ambassador of the State of Qatar to Uganda Jabor bin Ali Al Dosari.

During the meeting, they reviewed bilateral cooperation relations between the two countries.

Distributed by APO Group on behalf of Ministry of Foreign Affairs of The State of Qatar.