The children's charity, Save the Children and partners have scaled up coordinated humanitarian response in South Sudan as floods, conflicts, and persistent economic challenges continue to impact children and the most vulnerable people.

A press statement from the charity says early seasonal rains have caused rivers to overflow resulting in flooding in large areas and settlements across Jonglei and Unity states which are the hardest hit - representing some 58 percent of the affected people - followed by Upper Nile, Western, and Northern Bahr el Ghazal states.

"Some 100,000 people displaced by the 2020 floods still have not returned home and are sheltering in the Bor, Mangalla, and Mingkaman IDP camps. This has left 8.3 million people, including refugees in need of humanitarian assistance across the country, according to UN OCHA. The weakened health system compounded by multiple shocks, including COVID-19, has also impacted the health and wellbeing of millions - with more children already needing treatment for acute malnutrition in 2021. Furthermore, an estimated 2.8 million children (51% girls) are out of school in 2021, in addition to 98,500 school-aged refugee children, of which 18,000 children are out of school," the statement reads in part.

The organization said that a needs assessment exercise has revealed that the flood-affected people need food assistance, emergency shelter, and NFIs, WASH services and hygiene kits, health and nutrition supplies and services, protection services and dignity kits, and fishing kits for livelihood support as a matter of urgency.

“Save the Children aims to provide life-saving and life-sustaining support to 918,500 extremely vulnerable children and 751,500 adults by 31 December 2021,” Hansraj said.

It says that through a Multi-Year Resilience Programme, Save the Children is also implementing educational programs in schools and youth drop-in centers by working with local authorities, primary, secondary and Alternative Education Services (AES) centers to reach marginalized boys and girls to decrease dropout rates in the six states.

“To enhance these efforts, the response overall total of $30 million is required -more than half of which is secured to date," Rama concluded. - Radio Tamazuj 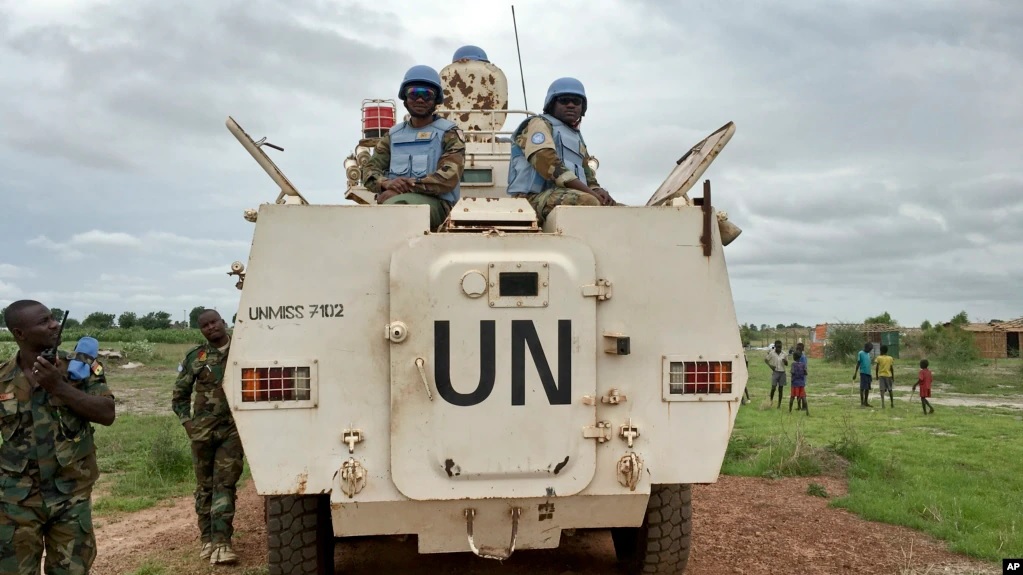 JUBA, SOUTH SUDAN — A United Nations rights commission in South Sudan says the government is harassing activists, journalists and their families, limiting their activities, and targeting their work and finances.

In a statement of "concern" issued this week, the United Nations Commission of Human Rights in South Sudan said the pattern of harassment is impeding the already slow pace of achieving peace among feuding factions and stifling public opinion crucial to achieving democracy.

The government slammed the statement, with a spokesman saying the commission was spreading untruths,

“This U.N. Human Rights Commission, who is monitoring them?" asked Michael Makuei, South Sudan's information minister. "Who is supervising them? They just sit in their offices here in Juba and they write because they must write something controversial to prove that they are doing their job, so that they continue in their job."

The commission blames government security officers for a continuing crackdown that it says has forced some prominent activists to flee the country.

The commission says those include James David Kolok, a member of the technical committee to conduct a consultative process on truth, reconciliation and healing, and Wani Michael, who has acted as a youth representative on the national constitution amendment committee.

Andrew Clapham, one of the commissioners, said the government’s targeting of high-profile human rights defenders “will have a chilling effect on civil society, and will discourage public participation.”

He said government actions will undermine confidence in the work on transitional justice, framing a constitution, and setting up national elections, which Clapham said are essential to the success of the transition set out by the 2018 Revitalized Peace Agreement.

The commission says the latest restrictions and acts of harassment began after the creation of the opposition Peoples Coalition for Civil Action in July.

The security clampdown accelerated after a planned nationwide government protest in August fizzled amid what activists say was an intentional internet outage and warnings from security officials of serious consequences against organizers if the demonstration happened.

Since then, some activists say their phone service has been disrupted and bank accounts frozen and journalists say they have been increasingly harassed.

A key parliament member recently said that journalists should be restricted in covering the newly formed parliament.

In addition, three journalists recently were detained and a radio station was closed as the government clamped down on the August protests.

Government spokesman Makuei says the government could not allow the planned protests by the PCCA, which he described as “enemies.” - Waakhe Simon Wudu, Voice of America

PRESIDENT BIDEN:  I’m happy to have the President of Kenya here, President Kenyatta.  It’s an honor to welcome you to the White House, to the Oval Office.  Good to see you again.

And, you know, the U.S.-Kenya strategic partnership is essential — we both, I think, believe is essential to addressing key regional and global challenges.

And I want to thank Kenya for your — thank you for your leadership in defending the peace, security, and democratic instincts of the region and your country.  You’re doing a heck of a job.

And now you are — you know, Kenya is currently the President of the U.N. Security Council.

PRESIDENT BIDEN:  I mean, thanks for letting us stay in.

PRESIDENT BIDEN:  But all kidding aside, thank you.  Thank you very much.

And we’re continuing our shared fight against COVID.  The United States has donated 2.8 million doses of vaccine to Kenya as part of the 50 million doses we’ve donated to the African Union.

And I’m proud to announce that — today, that we’re making an additional historic one-time donation of 17 more million doses of J&J vaccine to the AU, and we’re going to be sending some more of these by the end of the year to Kenya.

And today we’re going to discuss what more Kenya and the United States can do together on the Horn of Africa to advance peace and security.

And we’re also going to talk about strengthening the financial transparency and accelerating economic growth.  You’ve spoken to that, Mr. President; I want to talk to you about that.  And the fight against climate change.

So, our nations share a deep commitment to fairness and to respect and equity.  And I’m committed to further elevating our ties with Kenya and nations across Africa as a whole.  But Kenya is key to this.

So, welcome, Mr. President.  And I’m delighted to have you here.

PRESIDENT KENYATTA:  Thank you very much, Mr. President.  And let me once again say it’s a great pleasure to see you once again.

I don’t know whether many will recall, but President Biden, in a former life, visited Kenya where we had an opportunity to meet when he was Vice President, when he’d come over — again, on issues related to strengthening the partnership and the relationship between our two countries.  And it’s really a great pleasure and honor to see you again.

Let me also take this opportunity, through you, to thank your government and the people of the United States.  During this very difficult time, the United States has done its best to step up in terms of not only helping Kenya, but the African continent in general, with regard to access to vaccines.

I’m happy to hear your new announcement of that increase, because as many of you will know, as a continent, we are lagging well behind the rest of the world in terms of being able to vaccinate our people.

So, any additional support, like the President has just mentioned, is greatly welcomed, and we look forward to that continued partnership.

We’re also very closely partnering, especially in regard to the fight against terrorism globally.  The United States has been a very strong partner to Kenya in that particular fight.  And this is an area, again, I’m hoping to have an opportunity to further discuss with the President.

We are also keenly very grateful with his strong position, especially with regard to climate change.  This is an area where Kenya has made tremendous progress in her own right and where we are firmly committed to the Paris Agreement, and we’re glad to see the United States has now rejoined.

And we look forward to working very closely together on that particular agenda, which, as you know, our country, our continent is the least in terms of emitting but pays the highest price.  So, we welcome your leadership in this area, and I look forward to having the opportunity to discuss that further with you.

Keenly also wanting to engage, as we have been already, with the President on the issue of trade and investment between our two countries.  This, I believe, is vital not only in terms of further entrenching American interests on the continent, but also in helping us also achieve our social-economic agenda.  So that’s another agenda that we are also going to be engaged in.

PRESIDENT BIDEN:  So do I.  Thank you.