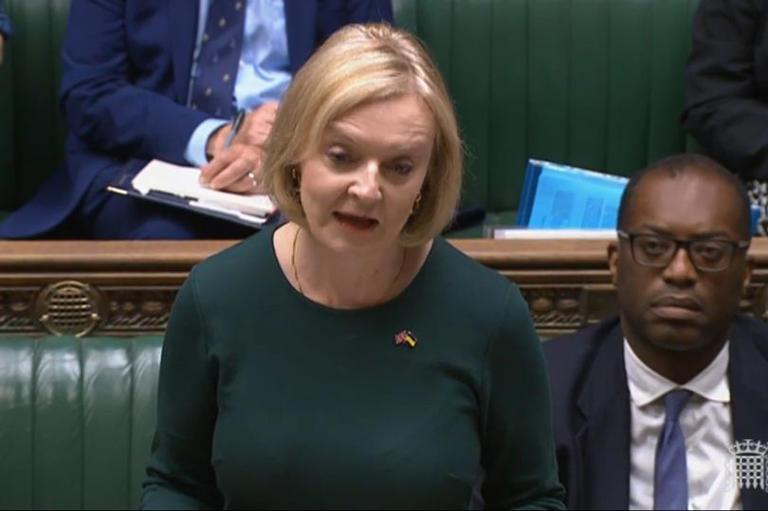 Liz Truss (centre) pledged to cut taxes when she came into office, and Chancellor Kwasi Kwarteng (right) will outline some of those cuts on Friday© House of Commons/PA Media/Photo Courtesy

The poorest people in Britain will save just 63p a month from a reversal in the National Insurance (NI) hike, a new study says, while those on more than £100,000 a year will gain the most.

On Friday, the new Government will set out its economic plans in a mini-budget, with chancellor Kwasi Kwarteng expected to announce various tax cuts. He is also weighing up scrapping the cap on bankers' bonuses.

One of the key pledges from Prime Minister Liz Truss' leadership campaign was to reverse April's 1.25% percentage point increase in NI, and this policy is also expected to be among the measures outlined on Friday.

However, analysis from the Institute of Fiscal Studies (IFS) suggests that the move will overwhelmingly benefit richer Britons. The NI hike was designed to support the NHS and social care as it deals with massive backlogs, so there are also fears that these services will struggle for funding if the increase is reversed.

"Reversing the recent NICs [national insurance contributions] rise would tend to benefit richer households more than poorer ones, even as a share of their income," said Tom Waters, a senior research economist at the IFS.

Tony Wilson, director of the Institute for Employment Studies, told The Times the plans were a "tax giveaway to relatively high earners" and risked fuelling inflation. "The worry among Bank of England and Treasury officials will be that the move is more inflationary than a more targeted subsidy or tax cut," he said.

The 1.25 percentage point rise in national insurance came in in April, with the previous government calling it a health and social care levy. But Ms Truss argues that scrapping it will boost UK growth.

Other expected measures that will benefit the wealthy include the anticipated axing of next year's planned rise in corporation tax from 19p to 25p, and Mr Kwarteng's desire to remove the 2014 cap on bankers' bonuses. The chancellor argues this will make London more attractive to international bankers, while critics say it will lead to the kind of increased risk taking that lead to the 2008 financial crisis.

The cost of these policies has raised fears that the Bank of England will increase interest rates further to curb inflation. This could require the Government to break its own fiscal rules, which require debt to be falling as a share of national income by 2024 and no borrowing for day-to-day spending.

Ms Truss has said that tax cuts, such as the reversal in the NI hike, will "reward hard work and boost business-led growth and investment."  Source: My London 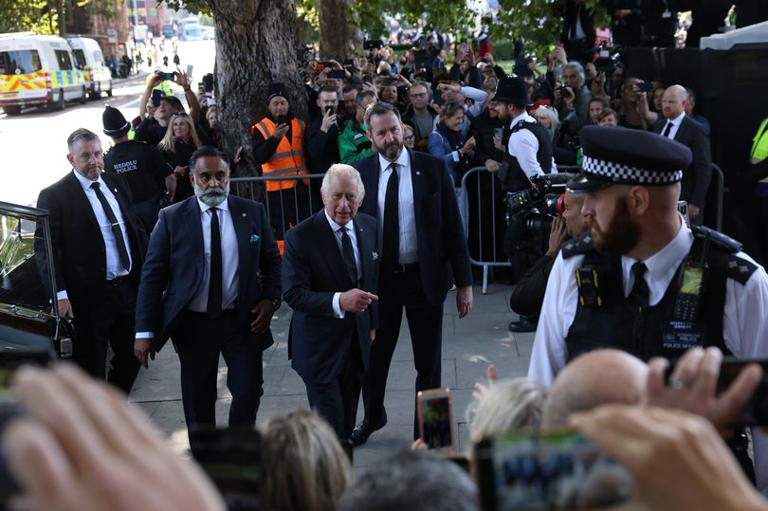 King Charles III's bodyguard has become an unexpected internet sensation in recent days after many suspects he has a gun 'disguised' as an umbrella. People have taken to TikTok seemingly convinced that the bodyguard protecting the new monarch is a man from the secret service.

As one might expect, people's imaginations have run wild and many have compared him to Colin Firth's character in the popular film Kingsman. Firth's character uses an umbrella as a gun in the films, which also contains a ballistic shield within the fabric of the brolly, although it's unconfirmed if King Charles' bodyguard's accessory also has all of these gadgets.

One commenter on the video said: "That thing he's holding is a GUNbrella, not an umbrella", as the bodyguard shadowed Charles. The umbrella, black with a brown handle, was hooked over the bodyguard's arm as he watched over the King who shook hands with members of the public outside the gates of Buckingham Palace.

One TikTok user called him "The silent assassin", while another said: "I love him he needs to be the next James Bond ... such an amazing guy." Others have praised his slick appearance, with one person asking, "Does he give beard maintenance tips?" Another added: "He's so handsome! Complete gent".

Not only are people suspecting the umbrella is fake, some TikTok users are convinced that other members of Charles' security team are using fake arms and hands. Users have zoomed in on moments over the last few days where the bodyguards surrounding the King appear to have hands that look slightly inanimate.

Their still, unmoving arms suggest that perhaps there could be a weapon hidden underneath their coat. Many rumours like this have sprung up over the years.

The Queen's state funeral is due to take place today, September 19 at 11am, with thousands of military personnel marching in a procession to walk the Queen's coffin from Westminster Hall to Westminster Abbey. A two-minute silence will also be held at 12pm, after which Her Majesty will be taken to Windsor Castle to be laid to rest. By Hannah Cottrell, My London

The orphanage will provide Ugandan orphans a secure learning environment and cozy shelter.

“The Turkish government has identified child welfare as one of the areas where we can help.

"(Türkiye's) Maarif Foundation visited Uganda and held talks with the government on provision of education services to Uganda. We hope this will be achieved," said the ambassador.

“This Orphanage is proof that Türkiye cares for and treats the suffering and disadvantaged people in Uganda, particularly the children, who are often left to go on the streets when their parents die," Sheikh Abdallah Ssemambo, Uganda's deputy grand mufti (Muslim cleric) said.

Ssemambo conveyed his gratitude to TIKA for carrying out projects in the country.

According to UNICEF reports, it is estimated that there are about 400 million orphans across the world. - Hamza Kyeyune, Anadolu Agency