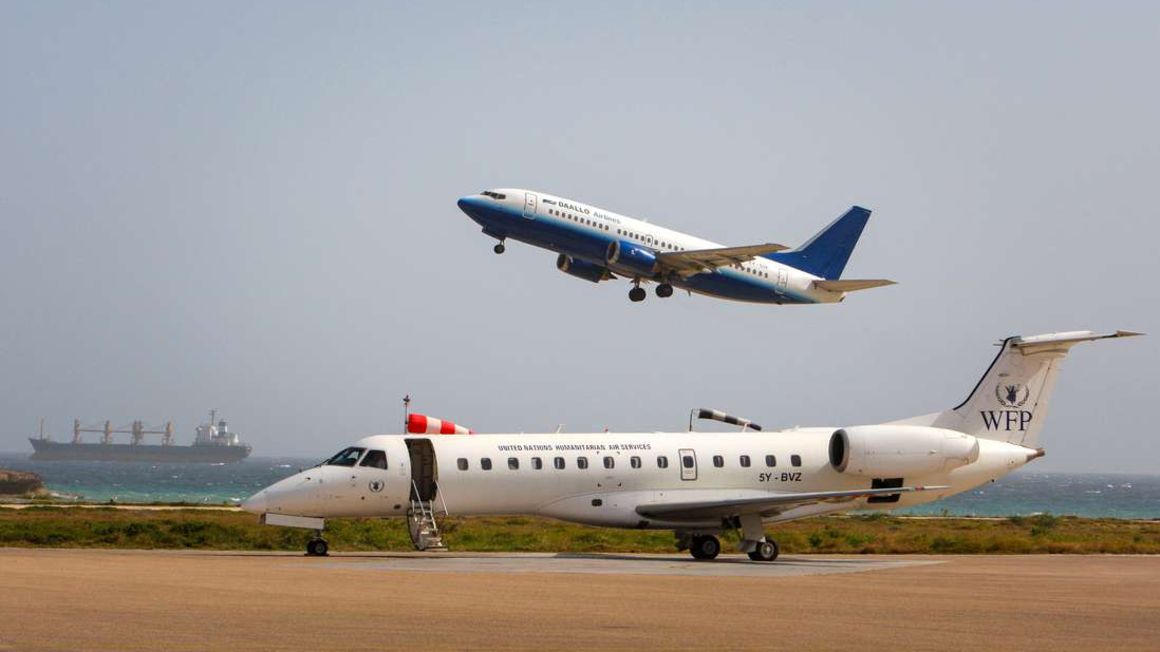 A plane takes off from the Aden Abdulle International Airport in the Somali capital Mogadishu. Photo AFP

Kenya has reopened its airspace to flights to and from Somalia a month after announcing the suspension for a three-month period, easing the travel nightmare for businesspeople and diplomats.

The decision, which was reached on Thursday after what authorities in Nairobi said were “intercessions made” for the resumption, signals progress towards restoring broken ties.

The Kenya Civil Aviation Authority (KCAA) Director-General Gilbert Kibe confirmed to The EastAfrican that a ban imposed on May 11 had been reversed.

A note from the Ministry of Foreign Affairs to foreign missions in Nairobi indicated that the move was part of Kenya's efforts to revive relations with Somalia, which have been frosty since December.

“This goodwill measure has been made in the mutual interest of our two countries and in the hope that it will cause the full normalisation [of] bilateral relations between Kenya and Somalia , including diplomatic, trade, and people to people linkages that have undergone undue strain,” the note said.

A Notice to Airmen (Notam) on May 11 had indicated that flights departing for or arriving from Somalia would not be allowed for the three months to August 9 this year. Only humanitarian deliveries and medical evacuation flights were exempted.

At the time, KCAA did not elaborate on the reasons, but the move was seen as another dent in efforts to revive relations between the two neighbouring countries. It came just days after Qatari special envoy Mutlaq bin Majed al-Qahtani arrived in Somalia to help broker resumption of relations between the countries, with Mogadishu announcing it was reopening the diplomatic channels it had shut down in December over alleged political interference.

On Thursday, Kenya reiterated that it was a genuine stakeholder in the search for Somalia’s peace and progress.

“The government and the people of Kenya remain true partners for the peace and prosperity of Somalia and look forward to a renewal of the enduring bonds of friendship and partnership between Kenya and Somalia,” the Ministry said.

Nonetheless, tensions between the two countries remain. On Thursday, Somalia said Kenyan troops who are part of Amisom would no longer be allowed to conduct airstrikes in Somalia without Mogadishu’s permission.

Although Mr Dubbe says future procedure will require Amisom approval for every airstrike, this has in fact been the protocol under Amisom, under which KDF operates in Somalia.

With reopening of the skies, focus now shifts to whether the two countries can reopen their embassies, which were closed last December at the height of a diplomatic tiff. - Aggrey Mutambo, The EastAfrican 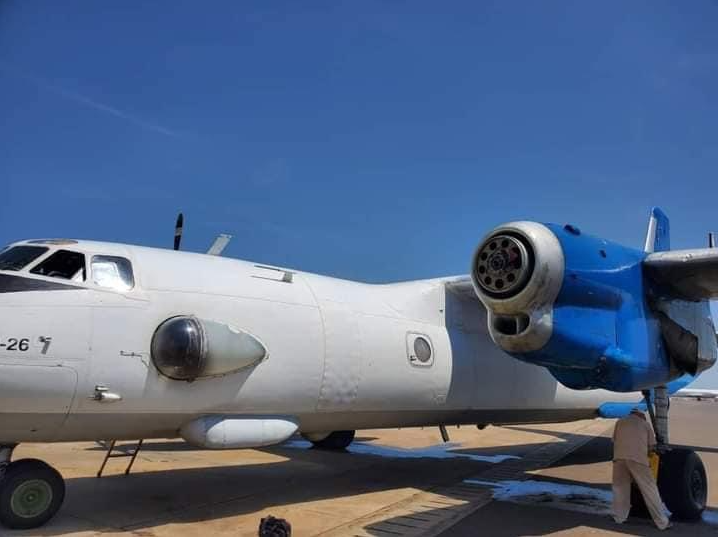 An Antonov An-26 freighter lost one of its propellers while it was en route to Paloch, South Sudan, from Juba. The aircraft returned to Juba without further incident.

The left-hand propeller got detached and fell on the highway, fortunately without causing any injuries on the ground. The incident occurred on Thursday, May 20.

The airport officials reported that an Antonov freighter returned to Juba Airport with just one propeller. After this incident, the Civil Aviation Authority of South Sudan decided to ban the aircraft type from normal operations.

In a statement, David Subek, the head of Sudan’s CAA, said: “I issued that order after the incident of that Antonov AN-26 propeller which is said to have fallen off.”

“They have to immediately cease operation until further investigation is done,” he added. - Sharad Ranabhat, AIRLIVE.net 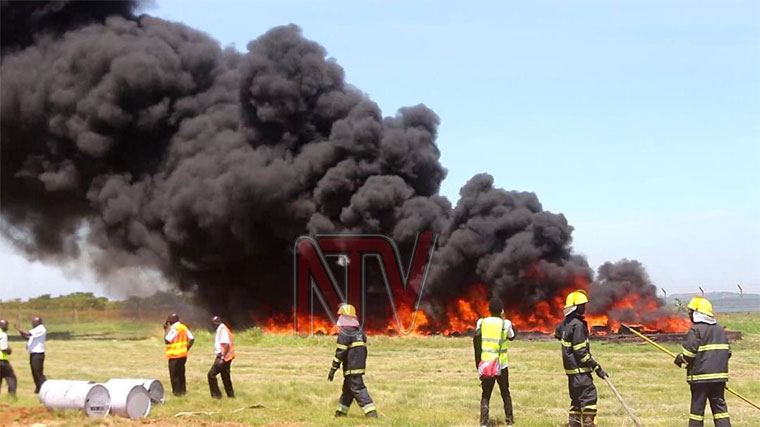 Firefighters attempt to put out the fire. Photo NTV

There were heightened tensions at Entebbe airport when fire broke out at the two jet fuel tank facilities today evening.

Fred Bamwesige, the acting director-general Uganda Civil Aviation Authority (UCAA) says the safety, security team and firefighters were dispatched to stop the fire from spreading to other jet fuel tanks.

According to Bamwesige, the extent of what has been damaged and the cause of the fire are yet to be determined. The jet fuel tanks are less than 50 metres from the passenger terminal and at least 60 metres from the airside.

As a result, such an incident can disrupt operations such as the movement of both passengers and aircraft in and out of the airport.

The new site for the fuel tanks is near Lake Victoria shores. The tanks can store 10 million litres at ago. Passengers were bemused by the lack of fire warning system at the airport - with authorities instead deploying an ambulance siren to warn people to stay clear. URN/The Observer