Ethiopian Airlines Group has transported 50 million doses of vaccine to more than 28 countries across the globe and became the only African carrier to reach such a milestone playing crucial role during this difficult time.

Ethiopian Cargo and Logistics Services, Africa’s largest cargo service provider, has successfully distributed the vaccines to different countries with its technologically equipped facility called ‘Pharma Wing’. Mr. Tewolde Gebre Mariam, Group CEO of Ethiopian Airlines said, “I am very much delighted to see such a great humanitarian achievement due to our concerted and determined lifesaving efforts.

In fact, Ethiopian Airlines has played its irreplaceable role in responding to dire need of the global cargo transportation amidst the pandemic. By this, the Airline has proved to be the pioneer and an epitome of continental and global solidarity." Being at the forefront of the combat field against COVID-19, Ethiopian has transported the most needed medical supplies to over 80 countries since the outbreak.

Ethiopian was one of the few airlines that didn’t quit operation despite boarder closures and travel restrictions by countries due to the pandemic. As a result, the airline reunited more than 63 thousand stranded citizens of different countries with their families and loved ones. 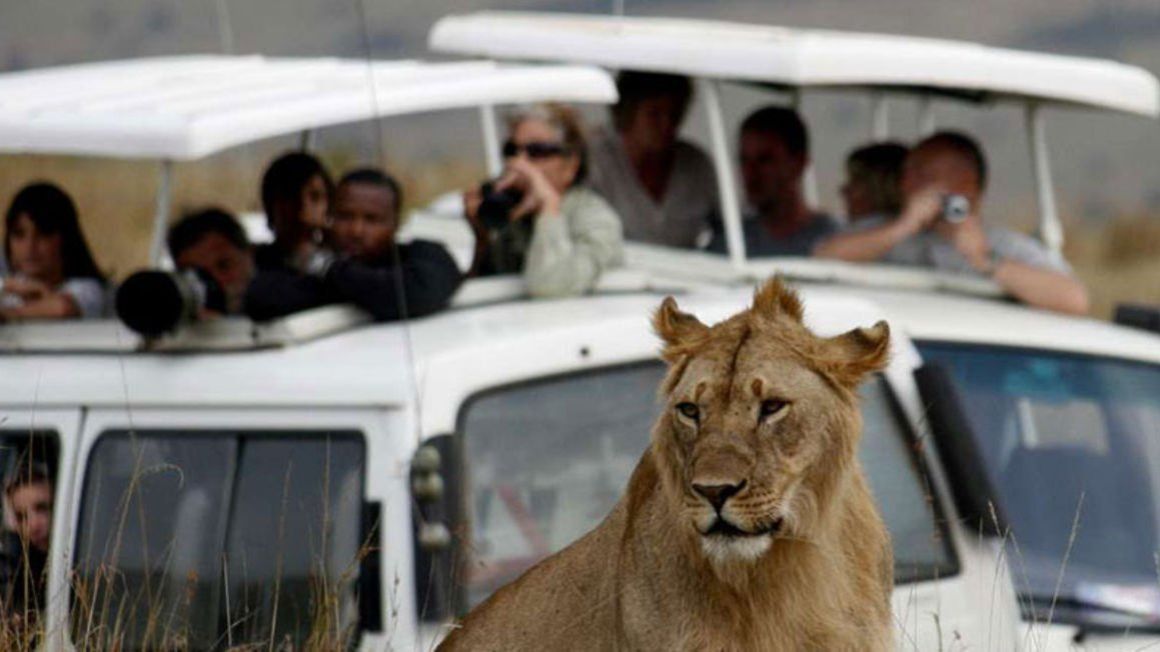 Travellers from Kenya remain banned from the United Kingdom in the latest update that took effect Thursday evening in a fresh blow for tourism which is currently in its main season.

The UK updated countries on England’s “Red List” amid concerns about the spread of new Covid-19 variants that have now been reported in Kenya.

Britain retained Kenya, whose cases of Covid-19 have been surging by double digits, on the travel ban first placed in April.

The decision deals a fresh blow to the Kenyan hospitality industry, whose tourism season traditionally peaks from July to September, coinciding with the country’s dry season and the world-renowned migration of wildebeest and zebra through Maasai Mara Game Reserve.

Kenya is a popular tourism destination for Britons. The UK has been a top tourism source market for Kenya. In 2019, it emerged fourth in ranking, with tourist visits of 181,484.

The UK has segmented countries into green, amber and red lists, each carrying different degrees of restrictions for arrivals back to Britain.

A British citizen travelling from a Green and Amber List is not required to undergo a mandatory quarantine.

Travellers arriving in the UK from countries on the Red List are denied entry, while returning Britons must submit to 10 days of mandatory quarantine in hotels.

Kenya had earlier protested the ban having relaxed punitive requirements imposed on British citizens, which required them to undergo 14 days of isolation before entering the country.

British High Commissioner to Kenya Jane Mariott Howe recently urged Nairobi to ensure speedy vaccinations countrywide, a move that would se the lifting of the ban.

She noted that the British government reviews the list often and linked the removal of India, which had high infections, to increased immunisation.

“We are reviewing the list too often, and we hope that Kenya comes out of the list soon. The more vaccines we have, the more genome sequencing we have, the easier it is to get off the red list, and that is why India had an advantage,” she noted.

Kenya on Monday received 880,460 doses of Moderna vaccines in yet another boost to the ongoing vaccination drive that targets to vaccinate 10 million people by the end of the year.

The Moderna doses, donated by the US government, is the second vaccine in Kenya’s programme after AstraZeneca, with at least 1,615,687 people having received at least one jab and 780,377 fully vaccinated by August 22. - BRIAN NGUGI, The EastAfrican 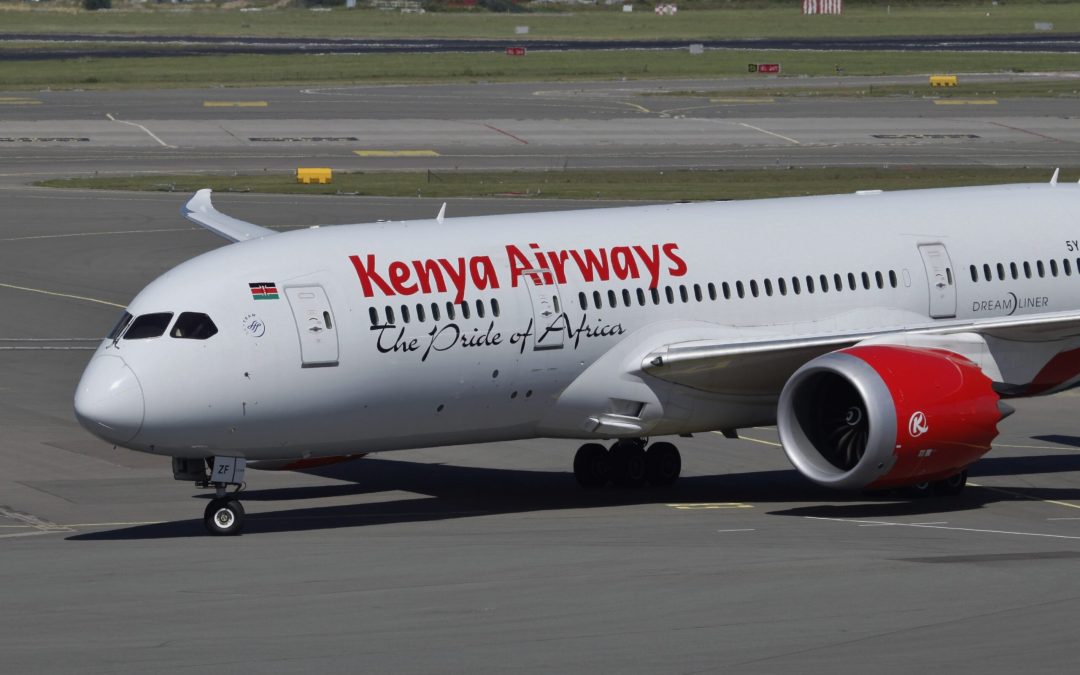 The Government of Kenya is moving towards the nationalization of one of Africa’s biggest airlines, Kenya Airways. The success of that venture would make the carrier fully owned by the government just like many carriers in the continent like Ethiopian Airlines, Rwandair, and South African Airways among other national airlines.

Kenya Airways is currently a public-private partnership. The largest shareholder is the Government of Kenya (48.9 percent), with 38.1 percent being owned by KQ Lenders Company 2017 Ltd (in turn owned by a consortium of banks), followed by KLM Royal Dutch Airlines with 7.8 percent.

In 1995, International Finance Corporation (IFC) successfully advised the government on the privatization of Kenya Airways. After selling 26 percent of the airline to a strategic partner, the frequency of the airline’s flights grew by 61 percent in six years, developing Nairobi into a regional hub.

The Chief Executive of the airline, Allan Kilavuka who exclusively spoke to AirInsight and who hinted on the nationalization plan, disclosed that the government like all the governments across the world stood by the carrier during the COVID-19 pandemic period which had eased off but still around the globe.

Kilavuka stated that the government’s bail-out in the face of the pandemic greatly assisted the airline. “We have received bailouts from the government which have greatly helped us navigate the murky waters of the new normal. Earlier this year, The National Treasury gazetted the exemption of Kenya Airways from paying the minimum tax at a rate of one percent of their turnover; this will be able to save us hundreds of millions of shillings annually. The Government is also facilitating plans to nationalize the national carrier”.

The carrier in February received KES10 billion Kenyan shillings ($1.3 million) in COVID-19 state aid, less than a year after securing a KES5 billion ($45.6 million) loan from the Treasury. The amount was to enable the airline to sustain basic operation during and post-pandemic.

Kenya Airways was already struggling before the COVID-19 outbreak, posting a loss of almost KES13 billion ($118.7 million) in 2019. The national carrier needed money for the maintenance of grounded planes, payment of staff salaries, and settlement of utility bills like security, water, electricity, and parking. The carrier has a history of losses.

The carrier plans to expand its routes to different markets in alignment with its strategy for the sustainable development of Africa as it continues to contribute to the socio-economic development of the region by ensuring the movement of people and goods. These depend on various external factors, including lockdowns and other government restrictions impacting passenger travel. Kilavuka noted that his team would continue to update the public regarding the new routes in the pipeline as soon as they are ready to go into the market.

Kenya Airways is well-interconnected within Africa. It serves over 36 points in the continent and is keen to grow this figure as the pandemic phases out. According to the airline’s CEO, “our interest is to connect Africa as much as we possibly can and provide linkages to destinations outside of Africa.” In 2019, KQ was voted by AFRAA (African Airlines Association), The Best Improved in Intra-Africa Connectivity.

“Our aspiration is to be the preferred carrier in the region by 2024. We are currently ranked second for intra-Africa connectivity. As we build back better, we will renew our focus in the region, with actions ranging from prioritizing return to earlier suspended African destinations,  revamping and increasing frequencies to our signature African destinations like Cape-Town, Victoria Falls, Livingstone, Seychelles among others.”

Other plans are reopening key African islands like Mauritius, Madagascar and being first into these markets. Of equal importance is building partnerships with other African carriers like Congo Airways (in DRC), Airlink (in South Africa), partnering with like-minded airlines like Delta Airlines and other companies to offer greater access to niche markets like Maasai Mara.

In Africa, the airline’s most popular passenger routes are Kenya, South Africa, and Uganda. Internationally, it is the United Kingdom. It aims to embark on its operations in some of its other prominent routes based on how the COVID-19 situation evolves.

Some of the new cargo routes that have been activated during the pandemic include Sharjah, Frankfurt, Guinea Bissau, New Delhi, Gaborone which serve both scheduled and non-scheduled basis as well as the activation of the southern HUB concept routes Johannesburg/Lilongwe, Johannesburg/Lusaka, Johannesburg/Dar-es-Salaam, Johannesburg/Maputo, and Johannesburg/Harare. -Wole Shadare, AirInsight Group