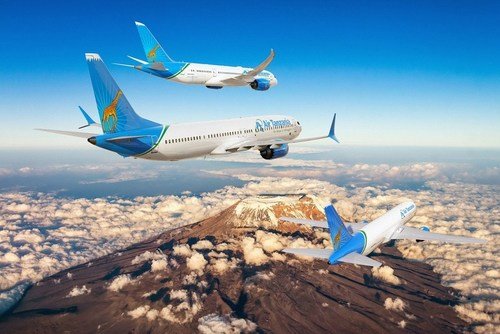 Boeing and the United Republic of Tanzania today announced an order for a 787-8 Dreamliner, a 767-300 Freighter and two 737 MAX jets at the 2021 Dubai Airshow. The airplanes will be operated by Air Tanzania, the national flag-carrier of Tanzania, to expand service from the country to new markets across Africa, Asia and Europe. The order, valued at more than $726 million at list prices, was previously unidentified on the Boeing Orders and Deliveries website.

“Our flagship 787 Dreamliner is popular with our passengers, providing unrivalled in-flight comfort and ultra-efficiency for our long-haul growth,” said Air Tanzania CEO Ladislaus Matindi.” Adding to our 787 fleet, the introduction of the 737 MAX and 767 Freighter will give Air Tanzania exceptional capability and flexibility to meet passenger and cargo demand within Africa and beyond.”

Based in Dar es Salaam, the carrier will expand its current fleet of 787s, leveraging the new 737s for its regional network and the 767 Freighter to capitalize on Africa’s burgeoning cargo demand.

“Africa is the third fastest-growing region worldwide for air travel, and Air Tanzania is well-positioned to increase connectivity and expand tourism throughout Tanzania,” said Ihssane Mounir, Boeing senior vice president of Commercial Sales & Marketing. “We are honored that Air Tanzania has chosen Boeing for its fleet modernization program by adding an additional 787 and introducing the 737 MAX and the 767 Freighter into its expanding network.”

Boeing‘s 2021 Commercial Market Outlook forecasts that, by 2040, Africa’s airlines will require 1,030 new airplanes valued at $160 billion and aftermarket services such as manufacturing and repair worth $235 billion, supporting growth in air travel and economies across the continent. - Harry Johnson, eTurboNews

Regardless of vaccination status, all foreign travelers aged five and older must arrive carrying proof of a negative PCR test taken within 72 hours of their departure for Rwanda. They must also take another, post-arrival PCR test upon landing at Rwanda’s Kigali International Airport, even if they’re fully vaccinated.

Travelers who cannot supply proof of full vaccination upon arrival in Rwanda are still required to self-isolate in a designated quarantine hotel until they receive a negative PCR test result. All international travelers must also complete a Passenger Locator Form (PLF), upload their proof of vaccination and certificate of their negative pre-travel PCR test results before checking in for their flight to Rwanda.

Rwanda’s recreation facilities and entertainment establishments, including nightclubs, are also open once again. COVID-19 protocols do remain in place throughout the country, including an order that all businesses close by 11:00 p.m. and a nightly curfew that runs from midnight to 4:00 a.m.

Also, note that travelers, including drivers, are required to fill out and submit movement requests, as well as upload their recent test results, receipt for payment of accommodation and confirmation that they’ve purchased a return airline ticket at least 24 hours prior to their trip. Documentation can also be emailed to This email address is being protected from spambots. You need JavaScript enabled to view it..

The Rwanda Development Board reports that 1.7 million Rwandans (about 13 percent of the population) are now fully vaccinated, and 3 million have (about 23 percent) received at least one dose of a vaccine. However, 90 percent of those working in the country’s tourism industry have been vaccinated.

For further information, prospective travelers can view the Rwanda Development Board’s frequently asked questions and answers regarding the current rules, and the Rwanda Biomedical Centre’s notes for passengers arriving in or departing from Rwanda. - LAURIE BARATTI, TravelPulse 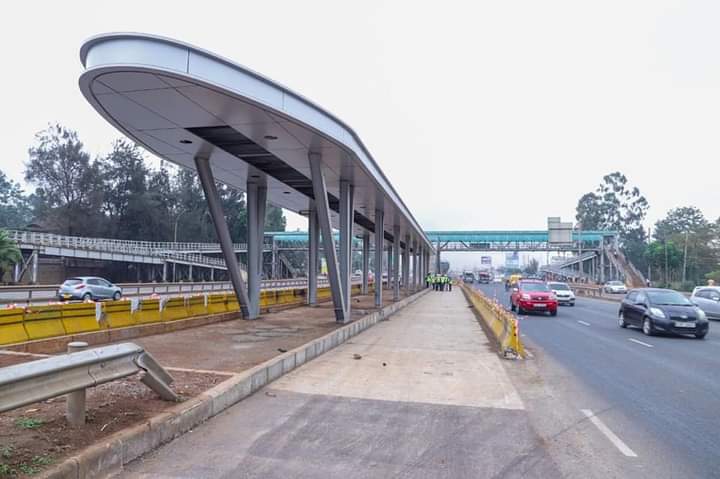 One of the completed Bus Rapid Transit station along Thika Super Highway. The project is aimed at providing reliable and efficient transport. Photo Courtesy

The majority of commuters using public service transport services within Nairobi and satellite towns have had sad stories of their experiences.

They are verbally and physically abused, robbed of money, personal items and even hijacked.

Violence is meted on women, with some sexually harassed and raped.

The unreliability of public service vehicles has seen many people rely on private vehicles.

The sharp increase is partly attributed to sensitisation and mass enrolment of smart driving licenses in various counties carried out by the National Transport and Safety Authority.

Other significant reductions in new registrations were recorded for saloon cars and station wagons that declined by 22.2 per cent and 20.1 per cent to 7,754 units and 57,962 units last year.

Traffic jams within the city are estimated to cost the country Sh2 billion annually.

It is estimated that Nairobi residents spend 55 minutes in traffic.

“It will provide an efficient system for the ever-growing population,” Namata chief executive Francis Gitau said.

The government has allocated Sh700 million for the construction of the project.

Gitau said they are hopeful more money will be coming from other donors.

Some of the features of the new BRT include the right of way lane, coloured pavement, dedicated BRT lane and flyovers.

Namata was established by President Uhuru Kenyatta on February 9, 2017.

To decongest the city, Namata has gazetted five BRT lines which are in different phases of development.

Gitau revealed that the feasibility study for Line 1, which is called Ndovu, is under review while Line 2, called Simba, is under construction.

“Detailed design for Line 3 has been submitted while finance is being sought for Line 4,” Gitau said.

He said funding for Line 5 has been obtained from Korea Exim Bank.

Line 4, called Kifaru, is comprised of East and West.

The East one runs from Mama Lucy Hospital-Donholm (Jogoo Road)-CBD.

The West one runs from CBD- T Mall-Bomas-Karen and Kikuyu.

BRT and commuter rail will be integrated.

Gitau said the project will be a game-changer in the reduction of both vehicles and human traffic jams in the city.

Passengers will save time, money and enjoy much-needed comfort on their way to and from the city centre.

The CEO said the commuter rail is part of the master plan of an integrated commuter system within the city and its environs.

Some of the infrastructure and amenities are still under installation. Recently, Kenya Railways imported high capacity Diesel Mobile Units.

Operations have started in Embakasi, Pipeline and Donholm railway. The three railway stations are among the 10 stations the KR has upgraded and constructed.

The others are at Umoja, Kibera, Thika, Mbagathi Way, Kenyatta and Strathmore universities, Kitengela and Thogoto.

Park and ride services will be available at the designated stops. The motorists will park at the stations and board the City Rail System buses to and from the city.

“A BRT station will be done at Nairobi central station which will be a transfer station,” Gitau said.

He said the first route from Kasarani to the city is taking shape with the corridor demarcation being between 60 and 70 per cent complete.

Gitau said the buses will be electric ones to attract opportunities for green bonds.

He said the move will help curb carbon emissions. - GILBERT KOECH, The Star