Tanzania Telecommunication Corporation and Huawei have signed a memorandum of understanding (MoU) for the deployment of fibre-to-the-home (FTTH) and fixed wireless 4G services, as well as the rollout and expansion of fixed and mobile networks in rural locations.

The state-owned operator’s Director General Waziri Kindamba said the partnership is aimed at enabling both parties to work together in various areas of improvement, a step that would help the telco build capacity at a time when the country is undergoing a digital transformation.

‘I can say that this cooperation with Huawei Technologies has come in a very right time, as it will in a large extent contribute in the digitalisation of our country. Our goal is to ensure that every person is connected with speedy and quality internet services,’ he said.  Source: Comms Update 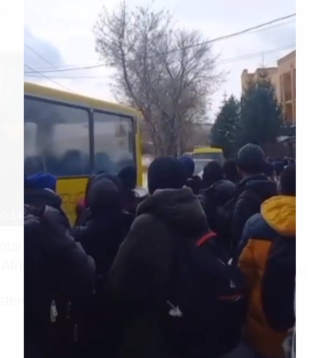 A picture of buses arriving in the city of Sumy to evacuate African students to Poltava on Tuesday, March 8, 2022.
Image: MARIA BAYERL

• On March 8, the 26 students were evacuated from Sumy through the humanitarian corridor to Poltava.

• On Wednesday, they left Poltava and were driven to Lviv on the Ukraine border with Poland.

All 26 Kenyan students who were stuck in Ukraine have safely arrived in Hungary.

The students were evacuated on Wednesday from the city of Poltava, where they arrived on Tuesday after their safe evacuation from Sumy.

A statement released on Wednesday by Kenya's Ministry of Foreign Affairs said the 26 were on their way to the town of Lviv on the Ukraine border with Poland.

The ministry said the students were being escorted by officials from the Honorary Consulate of the Republic of Kenya in Ukraine.

A Kenyan student leader who was with the group confirmed to the Star via a text message Thursday that they arrived in Hungary safely on Wednesday.

Another Kenyan, Dr Maria Bayerl, who is based in Bucharest, Romania, and who has been following the developments closely confirmed that the students were safe.

"Good news is our students are safe and sound in Hungary. During the course of the day, you can try to get in contact with them. To God be the glory," Bayerl said. By Emmanuel Wanjala, The Star 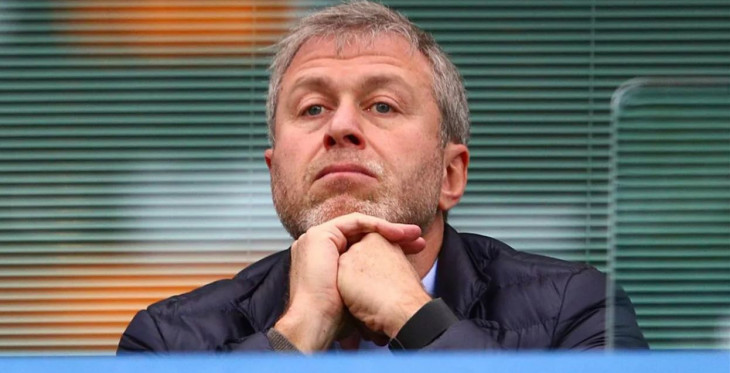 The UK has added Russian oligarch and Chelsea FC owner Roman Abramovich to its list of sanctioned individuals as part of its efforts to "isolate" Russian President Vladimir Putin -- throwing the sale of the London club into doubt.

In a statement Thursday, the UK government said it was adding seven further oligarchs and politicians -- including Abramovich -- to its list of sanctioned individuals.

Abramovich announced this month he plans to sell Chelsea, as it is "in the best interest of the Club, the fans, the employees, as well as the Club's sponsors and partners." This came after he declared he gave "stewardship" of the club over to trustees of the club's charitable foundation

But the new sanctions will see his assets frozen and will prohibit "transactions with UK individuals and businesses," the UK's Foreign, Commonwealth & Development Office said in a statement Thursday. The billionaire will also face a travel ban forbidding him to enter the UK.

The sanctions also heavily affect Chelsea. The club is to be issued a "special licence" that will allow matches to be played, "staff to be paid and existing ticket holders to attend matches," according to UK Secretary of State for Digital, Culture, Media and Sport Nadine Dorries. The measures mean that no further tickets will be allowed to be sold by the club and only season ticket holders and/or tickets already sold will be allowed to attend matches.

British Member of Parliament Chris Bryant had previously called for Abramovich to lose ownership of Chelsea after seeing a leaked 2019 UK government document that said Abramovich was of interest due to his "links to the Russian state and his public association with corrupt activity and practices," the MP said in a Twitter post.

The UK is "absolutely determined" to sanction Russian oligarchs, British Foreign Secretary Liz Truss said this month, adding that the UK was working through "a further list" of oligarchs to sanction.

"There is nowhere for any of Putin's cronies to hide," Truss continued. Source: People Daily