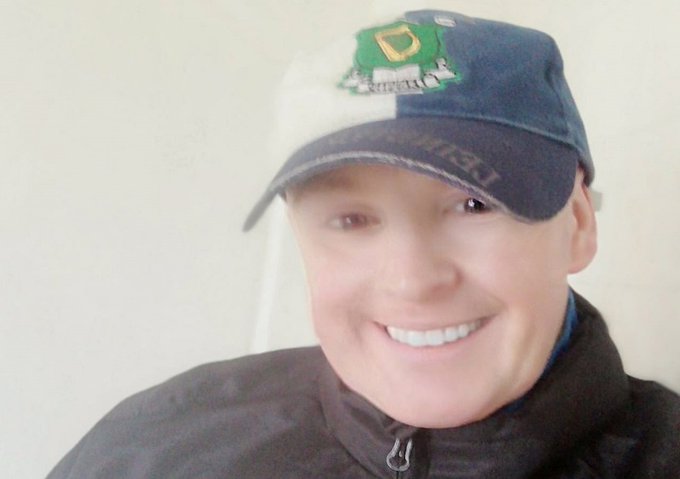 Our world has changed
Like never before and it's so sad
Every day because our lives have changed
So much in life today and so many families suffering
Like never before and this killer virus is here to stay
And we were all caught unaware and it's sadness
In the air and isolated from our loved ones every day
And there's no happiness or joy in our lives today
It's just another loved one who's sadly passed away
And coronavirus walks among us every day
And we try our best to struggle through
This horrible coronavirus storm
Trying to stay safe and keep ourselves warm
And the pain and hurt it's brought us and
There's nothing much to gain and our
Peace and love has all gone away
And it's just a lonely tear rolling down my face and I've been
Crying inside this cold lonely old place
And all the pain running through me every day
Coronavirus coronavirus when will you ever
Just go away and I cry for the loved ones who's sadly
passed away and I'm still cocooning away and
Every day and I'm lost without you in my life
The world has changed so much
Coronavirus every day in our life
And the darkness surrounds the world today
And it's so cold and painful every day and
I feel the chill up and down my spine every day
And our warm hugs and soft kisses
Have just all faded away and
Just like our loved ones fading away
And nobody to hold at night
And nobody to whisper I love you good- night
And as a lonely tear rolls down my face
I try to smile and remember your beautiful face
As coronavirus has slowly taken you away
And I promise you all I'll love
And pray for everyone
Who's been suffering from coronavirus
Every day. 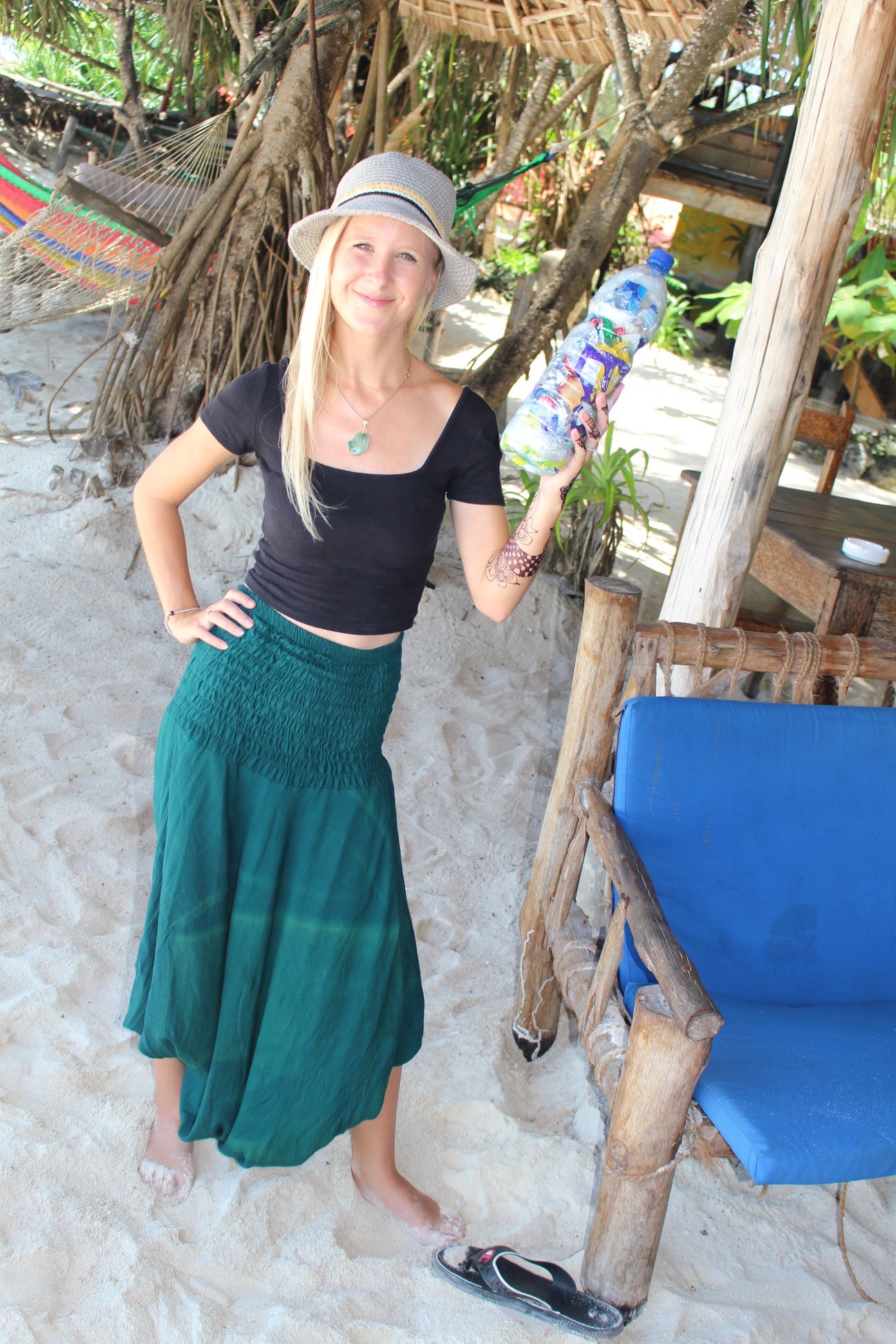 The first impression of Heather Owen is her love for Zanzibar. Normally, that fondness for Tanzania's sister islands (Pemba and Zanzibar) has a tourist twang. Tourists flocking to the spicy archipelago always praise the beaches, the food, the warmth of Zanzibari people plus the general joy of being in an exotic East African garden.

Zanzibar remains one of the most special places in the world. However, with Heather Owen she was (and is) well beyond such outsider's fascination with a place. She lived here, she was involved in day to day things, made friends, knew locals personally and she....well, she noted the plastic waste. Hey! We have all done it!

I have personally seen the plastics too, not just in Zanzibar, across East Africa. All over mother earth. My best snaps are of goats feeding on the plastic in Zanzibar. They have tortured my conscience for decades. So, what did this London tourist do?

In 2017, Heather Owen, visited Zanzibar liked it very much and kept returning. She was soon volunteering in one of the local hospitals in Kivunge ...north area for six months. And boom....she began noticing things “ she would have never seen before...”and ….that changed her life. 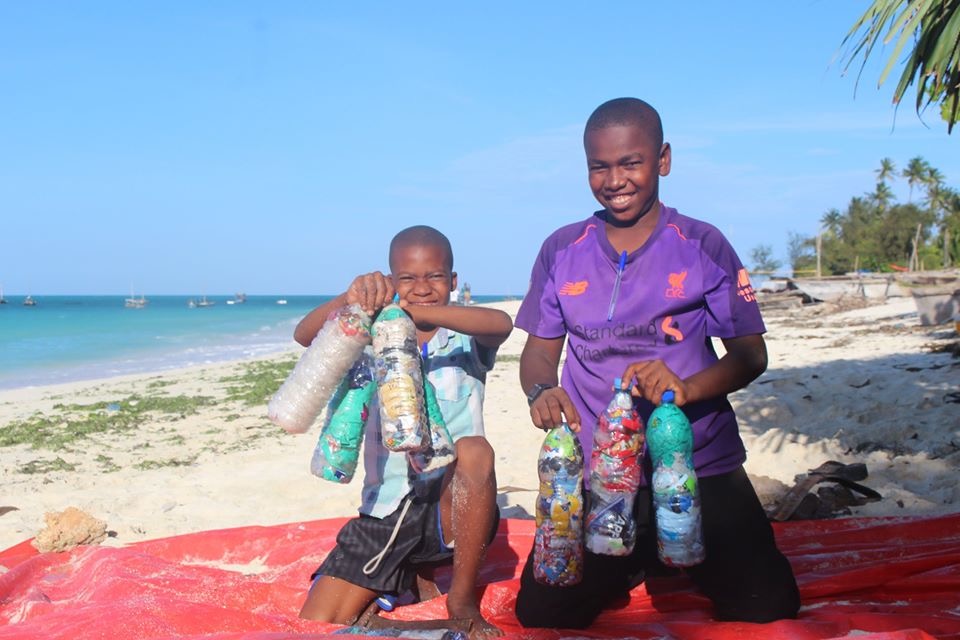 She says, she was: “Overwhelmed by the amount of plastic and that there wasn't anyone to help...so as we were living in a village I was very fortunate to meet so many amazing people in the community and talk to them about it...and since plastic is relatively new in the island, they wanted to do something about it. “

The building is made of these Zeco-bricks...which she feels will empower the community into creative thoughts.  Normally plastic is burned in Zanzibar. But using recycled plastic to build instead of turning it into toxic ashes is better. Also using the school to teach English will develop education indirectly via (and as a result of) the local recycled plastic project.

As a professional teacher, Heather 's second strand is developing language skills of pupils in Zanzibar (the zealous Briton admits feeling very much at home in Nungwi), and when the youngsters get older they have a chance of employment via the booming tourist industry of Zanzibar. So, you can see how an individual initiative has blossomed. Heather Owen is of course not alone.  Backed by a team of volunteers, both from  the local Zanzibar hamlets,  mainland Tanzania and the UK., the one year old Zecobricks project remains mostly self-funded.

There is one particular company, a local based salt making company called Zalt, who provide monthly funds, i.e. a £100.  Zalt's vision is to shape “an ecosystem for sustainable growth...” and considers itself the first coastal salt company mindful of the environment while empowering communities.

The hundred pounds goes to the mothers. Local mothers seem to be the backbone of the project. Of course, a 100 pounds (around $141 Dollars, or a Million and half TZ shillings) is not much. The plan is for these mothers to have a much better reliable, consistent income. There are volunteers from the resonant tourist industry, e.g. Stone Town too. Plus official contacts from the District Environmental department.

Since Covid -19 has made travelling difficult, Heather has maintained London as base, where she also works. With lack of sponsors, she relies on her own salary as a teacher ...em plus... personal contacts. Plus goodwill hoping bigger companies will subsequently give a financial hand. Inshallah.

So far Zecobricks is a baby and very much a budding plan in progress. Let us hope its wings continue to mushroom. Right now we are in a historical period. The United Nations has declared 2021 to 2030 the “Decade on Ecosystem restoration” - meaning - we are in the deadline for the sustainable development goals “ and the timeline scientists have identified as the last chance to prevent catastrophic  climate change.”

That is why efforts and projects like Zecobricks are fundamentally necessary and heroic. They should be supported by all of us, who , earnestly care, for our one and only,  home. Nest, Mother Earth. 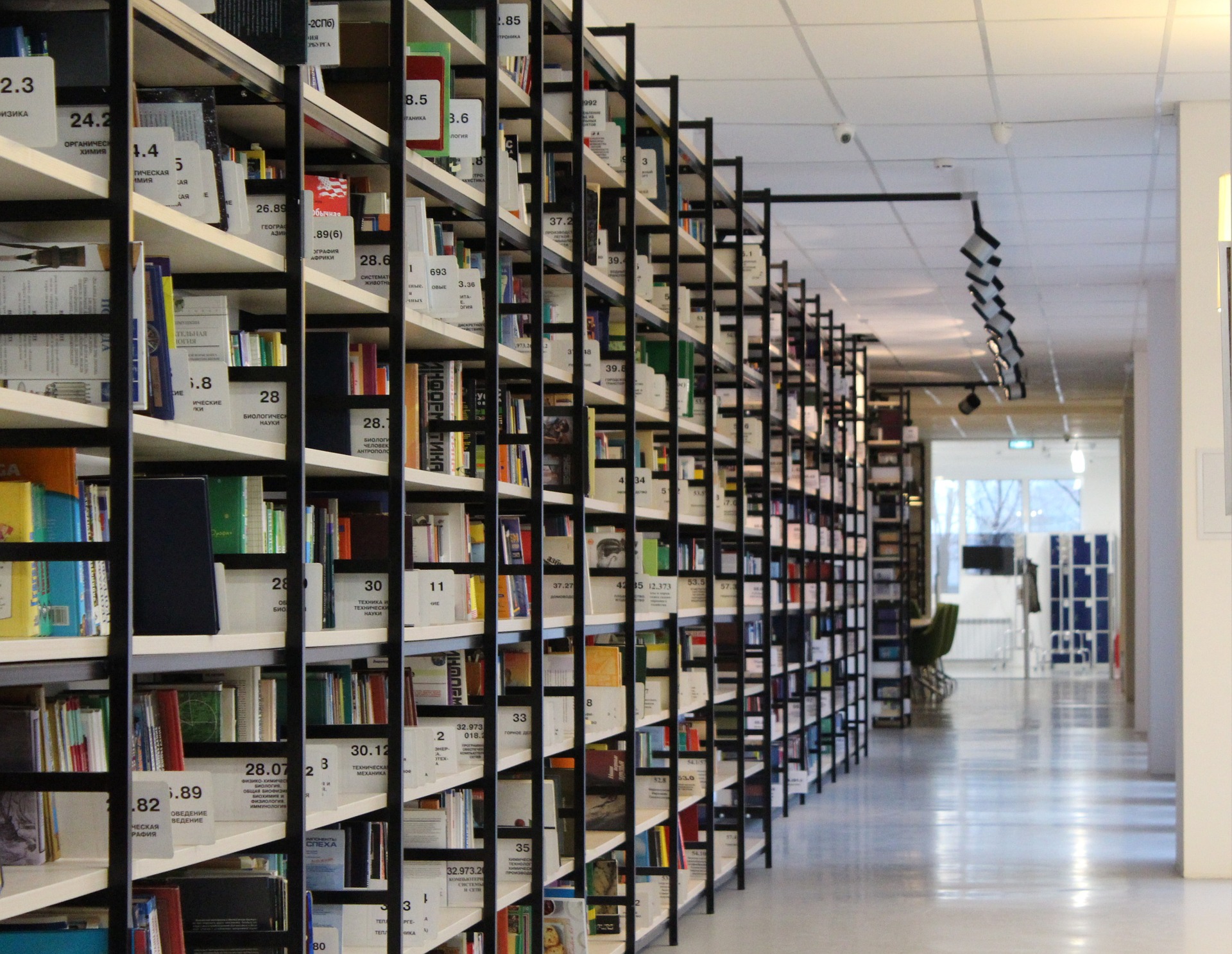 During the colonial conquest, most records of African history were burned and destroyed, several pieces robbed and shipped to overseas territories, where the colonisers could showcase, with pride, the souvenirs from their violent wins. This, in line with the other often propagated claim that history is always told by the hunter, meaning for majority of the hunted, their realities and dreams will often be overlooked and confined to the periphery in the memories of our heritage.

Archiving, the process of preserving and conserving living and found tools that can mirror the pasts back to us, revealing clues on who we are and who we were, is a natural human behaviour. Historically, it has taken many forms, through written formats such as articles and stories, to folktales as expressed through song and poetry. Archiving has also in the recent centuries been practised through more visual formats such as through documentaries, photography and films.

Preserving and archiving has historically been greatly a role more emphasised for historians, archaeologists and anthropologists. But in this age, it is apparent that archiving cannot be left alone to the scientists and artists; archiving should be everyone’s responsibility.

Existing academically-recognised literatures, especially those in the form of ethnographies, have often been a task for the privileged, able to travel distances away, embed and accommodate themselves in other cultures, be able to publish their works, and without protest, have their short-hand observations be considered with great merit as true knowledge, even erasing or not recognising the role of informants in giving information.

Racist and sexist views in the archiving process have meant that our histories have greatly marginalised the voices of many of the world’s communities, identities and realities. In our own country, this can be reflected in the way that many of the African places and features are recalled in the names of the European colonisers, as opposed to the names and language of the local community members.

Marginalisation is also highlighted in the lack of attention to the role of African women in resisting colonial invasions. Though some truths have already been lost, there is still the opportunity for us to take our history to our own hands.  History has not always been in written form, it has also been in audio forms, such as through songs and storytelling.

Older generations would pass on their history as told by those before them. In the case, for example, of those who fought for freedom during the colonial times, much of their experiences are not recorded in the books, especially since most of the ones available are written or interpreted by foreign academics. In attempting to fill the gaps in the recollection of our country and communities in the colonial period, there is still hope for us in gathering this information from the living veterans who still hold these stories in their memory.

The task of simply sitting with the elderly, recording them and engaging them in conversation, listening to them like they listened to those before them, would be an opportunity that enables us to save the libraries of memories erased from the books that we read. More so, by capturing the lives of our elderly, we can also record their languages, those that are often overwritten by the tongues of foreign languages and dialects. To know the ways of the old, it is our responsibility to sit with the old, and to embrace them and their stories.

Through the use of modern technology, we can rediscover our history, record our present, and save it for the future. In several ways, we are already doing this without recognising it. With over half a billion mobile users in the continent, most of them with access to social media, are constantly uploading snippets for archive purposes.

Through posts that reveal people’s own thoughts and opinions, or through vlogs and live-video that record and capture current moments and actions, the modern mobile user is recording material that can be used in the future to reveal parts of our future histories.

For this reason, the use of modern technologies as a means of preserving and representing ourselves is an avenue that assists in democratising the process of archiving personal journeys. Granted, access to internet and power can undermine the ability for all communities to be truly present digitally, hindering the opportunities to stand out globally.

Everyone deserves the liberation to tell their own story as they want to tell it. In a world that pays attention to some and not to others, we, as Africans, have to write our own stories, write our own songs, speak our own languages, live our own values, and let whatever we choose, be accessible to our futures. We have grown in the world as a lost people, separated and isolated from the history that made us. To stop this from happening to others, we have to ensure that we preserve our present, so that the future can know it also.