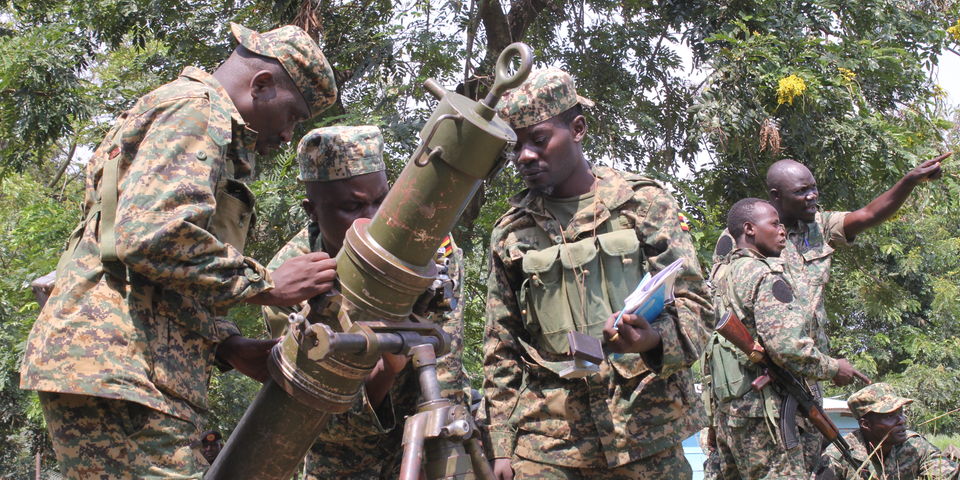 Maj Gen Kayanja Muhanga, the commander of Operation Shujaa, has said the Uganda People’s Defence Forces (UPDF) and their Congolese counterparts need more troops on the ground to protect civilians who are returning to their homes.

Operation Shujaa is being carried out by a joint force of  UPDF and the Armed Forces of the Democratic Republic of the Congo (FARDC) against the Allied Democratic Forces.

In an interview with journalists on Sunday at Kainama Forward Operating Base in the DR Congo, Gen Muhanga said attacks against civilians have reduced and as a result many people are returning to their homes.
“We are overstretched and in Phase Two, we are highly mobile. The return of civilians to their abandoned homes also brings another challenge of creating a protection force.”

He added: “We need more forces on both sides, UPDF and FARDC. Our counterparts need to train Local Defence Units (LDUs) to form Zonal Protection Forces so that when the joint mobile forces are pursuing the enemy, LDUs protect civilians.”
Gen Muhanga said since the operation started, they have dislodged the enemy from the triangle of death where they have been staying for a decade.

The triangle of death consists of areas of Mukakati, Erigeti, Kainama, Boga, Tchabi, river Semliki bridge and Burasi where the ADF had set up camps.

“We have killed a number of these rebels. Recently, we killed more than 20 rebels, captured three, rescued 12 children, and recovered more than 10 guns of different calibers. The operational objective is to degrade the enemy’s capacity to make war,” he said.

The 20 rebels were killed on February 28 in Kilungu after they reportedly attacked and killed 16 Congolese civilians in Kikura on February 27.

Gen Muhanga added that since the operation started, they have lost four soldiers, one was shot by the enemy and three died due to individual errors and as a result of the rough terrain in the jungle.

He said after the joint forces pushed the ADF rebels out of Virunga forest in Phase One of the operation, they fled in two directions, south towards  the Rwenzori Mountains and another group towards the North of Kainama-Tchabi and Boga road into Irumu province.

“Therefore, Kainama is our launching zone. The enemy has scattered into smaller groups avoiding our reconnaissance combat aircraft and direct combat with our ground forces. They have now resorted to conducting asymmetrical tactics,” he said.

He added: “The enemy is so inferior that they cannot stand and fight. However, a mechanism has been sought so that when the joint mobile forces are searching [on one side], FARDC forces on the other side block [them from escaping]. As long as we work with FARDC, we will ultimately defeat these terrorists,” he said.

When contacted Lt Col Ronald Kakurungu, the Defence ministry deputy spokesperson, said Uganda already has LDUs who are protecting people in different regions of Uganda, adding that DR Congo will be required to train the LDUs to protect its citizens.

Rev Muhindo Mundala said during the attack last month, rebels broke into a hospital, grabbed what they could manage to carry and burnt the maternity ward and Out Patient Department. “We came back after seeing UPDF soldiers around. These two days we have slept peacefully. We want peace from you soldiers,” he said. 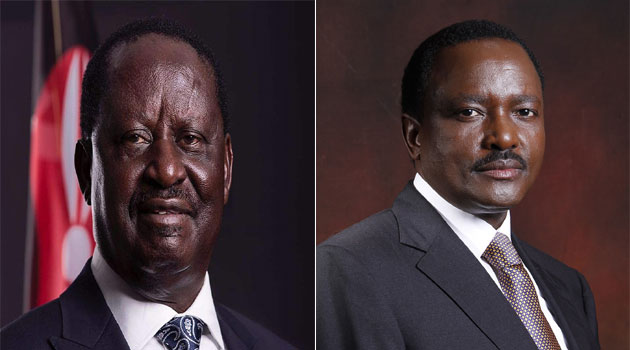 Although the stipulated deadline for parties to enter into coalitions is April 9, Musyoka’s demands seem to be delaying the crafting of the Azimio-OKA alliance including sharing of top slots.

Leaders in Wiper Party who are close allies of Musyoka confirmed the negotiations were ongoing but certain sticky issues had delayed the signing of the grand coalition deal.

Sources revealed that Musyoka and Odinga had a meeting on Thursday in a bid to reach an agreement on working relations.

“Well, talks are ongoing .We are hoping that there will be a truce in the shortest time possible so that then people can start to engage in the next gear,” a close ally of Musyoka told Capital News.

It remains highly unlikely that Musyoka and Odinga will reach a deal to pave way for the Azimio – One Kenya Alliance coalition before the unveiling of Azimio la Umoja presidential candidate on Saturday, March 12.

However, Musyoka attendance at the crucial Azimio la Umoja event could give the clearest signal that Odinga has bagged the Wiper leader in support of his presidential bid.

“If the talks pass a certain threshold and there is an indication that a desired outcome will be reached then it is possible that you will see my party leader attending the Azimio meeting,” the source alluded.

“But this I only if talks are progressed to a certain threshold. If not then, we will not attend,” he added.

The delay by Musyoka has caused political jitters with members within OKA affiliate parties like KANU threatening to chart their own path as they had already decided to join Azimio.

Speaking during the launch of the KANU’s 2022 manifesto on Wednesday, Salat said the Wiper Leader is taking so long to make up his mind and there is no time to “babysit” him anymore

“I do not know what he wants us to give him so that he agrees to go with us. He is taking so long. Just let him go,” said Salat.

Musyoka has remained cagey on supporting Odinga for the third time in his quest for presidency, arguing that this time round, Odinga should return the favor and support him.

On March 1, during a press conference, Kalonzo tabled a 2017 agreement with Odinga as the reference document for coalition talks with the Azimio la Umoja Movement.

The 2017 accord provided that Odinga will stand down for Wiper leader in 2022 whether or not he won the election.

The cat is already out of the bag that Odinga is the bonafide Azimio la Umoja presidential candidate leaving Musyoka with three choices: running mate, a chief cabinet secretary, or Speaker of the National Assembly.

It’s however assumed that Odinga is looking into dishing out the running mate slot to Mt Kenya region so as to solidify support from the region.

The Mt Kenya running mate scenario is reported to be giving Odinga a headache as he is banking on Musyoka to enhance his chances to whittle down the support of Deputy President William Ruto in Ukambani, the DP having made significant inroads in the region since 2017 when he successfully campaigned for allies to be elected on a Jubilee Party ticket. 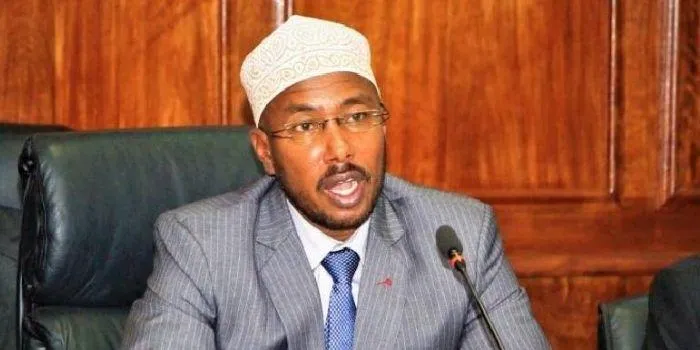