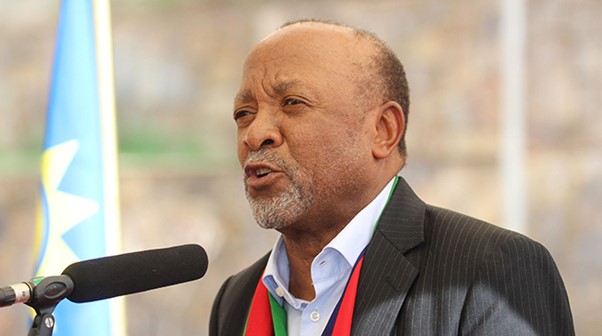 Germany’s offer to fund projects in Namibia worth more than €1 billion ($1.22 billion) over 30 years to atone for its role in genocide and property seizures in its-then colony more than a century ago is not enough, Namibian Vice President Nangolo Mbumba has said.

“No amount of money in any currency can truly compensate the life of a human being,” Mbumba told journalists as Windhoek officially briefed the nation on the outcome of six years of negotiations with Germany which concluded last month.

“We need to recognise that the amount of €1.1 billion  agreed upon between the two governments is not enough and does not adequately address the initial quantum of reparations initially submitted to the German government.”

Germany apologised on May 28 for its role in the slaughter of Herero and Nama tribespeople in Namibia more than a century ago and officially described the massacre as genocide for the first time, as it agreed to fund projects.

Thousands of Herero and Nama people were killed by German colonial forces between 1904 and 1908 after the tribes rebelled against German rule of the colony, then named German South-West Africa.

Survivors were driven into the desert, where many ended up in concentration camps to be used as slave labour, many dying of cold, malnutrition and exhaustion. Herero paramount chief Vekuii Rukoro last week dismissed the deal agreed by the two governments as “an insult” because it did not include payment of reparations.

“These are historic choices we have to make, very difficult as they are. If there were other opportunities to squeeze money out of the Germans, we could have done it,” Mbumba said. “I don’t think that any Namibian would think that the money is enough to compensate for all that happened – to be killed, to be chased out of your country; no amount of money can do that,”  – Reuters/The Herald 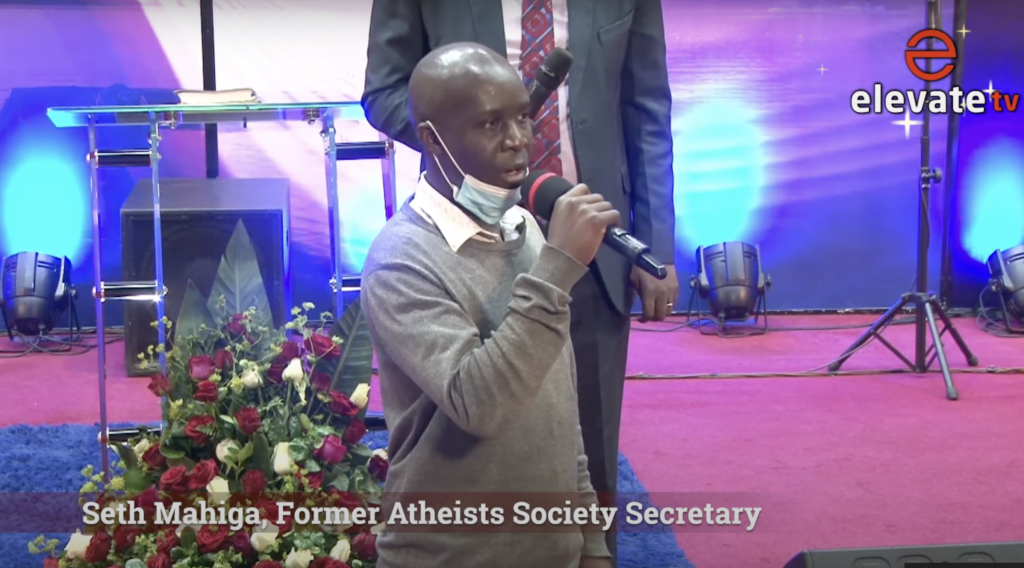 “Praise God. God is good all the time,” Seth Mahiga proclaimed at the altar of Life Church International in Nairobi, Kenya. Just two days earlier he announced his resignation as general secretary of the Atheists in Kenya Society.

“I’m just grateful to tell you I was the … general secretary of the Atheists in Kenya Society. It is the largest in Africa. … It represents more than around 5 million atheists in Africa,” Mahiga said in the Apostolic church. “I think a couple of days ago I’ve been going through some difficulties in life, and then I decided to resign as the secretary. I’m so happy to be here.”

Mahiga’s May 30th profession of faith was broadcast live on the church’s Facebook page and Elevate TV, which regularly broadcasts the church’s services.

As the church prayed for Mahiga, Pastor Mark Mutinda described Mahiga as “a point of contact (for) all those people who are in darkness and all the atheists who say there is no God,” and encouraged prayer that “the grace of God reach out to wherever they are.”

As Mahiga prayed the sinner’s prayer, led by a member of the church’s pastoral staff, he described himself to God as “a new creature no longer doubting about your existence. Indeed you are my God, and I will forever confess you are God. In Jesus’ name I accept you and I give my life to you.”

Atheists in Kenya was formed in 2016 in Nairobi, but suspended for two years after Christians complained. It regained active status in 2018 and describes itself as an organization of secularists who believe no deity exists.

The secular group announced Mahiga’s resignation in a press statement, including a link to a portion of the May 30th worship service.

“Seth’s reason for resigning is that he has found Jesus Christ and is no longer interested in promoting Atheism in Kenya,” group chairman Harrison Mumia said. “We wish Seth well in his newfound relationship with Jesus Christ. We thank him for having served the society with dedication over the last one and a half years.” Baptist Press

JUBA – South Sudan government announced Friday that it is cracking down on fake academic documents including PhDs main brought from the neighboring Uganda and Kenya, according to information minister Michael Makuei Lueth.

Speaking to reporters following a cabinet meeting in Juba on Friday, Makuei who is also the government spokesman disclosed that the ministry of general education has been examining university certificates of government employees and referred many of them to Uganda and Kenya for authentication and the result, he said, came out that the certificates were faked.

“These documents were disqualified and the number is big. In Uganda, there were over 400 certificates, diplomas, degrees, or even PhDs and master degrees,” Makuei told reporters in Juba.

Lueth disclosed that the cabinet meeting has passed the resolution to trace down, arrest and arrange those found with the forged document before the court of law.

“All these who will be found in possession forge documents, their names should be released officially and they should be prosecuted before the court,” he said.

“Some of these people who acquired these certificates or degrees or documents through fraudulent, are the people who failed to deliver in the offices,” he said.

He added that “You find a person holding a very high degree and a very high level of document of being a Ph.D. or a master degree or a degree and if you give that person an assignment, he will not be able to deliver.”

The Cabinet directed the Ministry of General Education, of Higher Education and of Public Services to come with appropriate mechanism to control and prevent forgery of the document, he said.

“They should come up with a mechanism for identification of forged document and it seem that there are a group of people, Universities and other institutions of  learning that handle over a certificate to people  without students attending any classes,” a government spokesman said.

“If you are an honest person, you are not supposed to acquire fake document and use it for employment only and I fact, in the course of doing that, you are harming the government and you are harming your own people and the country because you will be given an assignment in which you will know performance because you have done a study and not qualified it,” he added. - Sudans Post