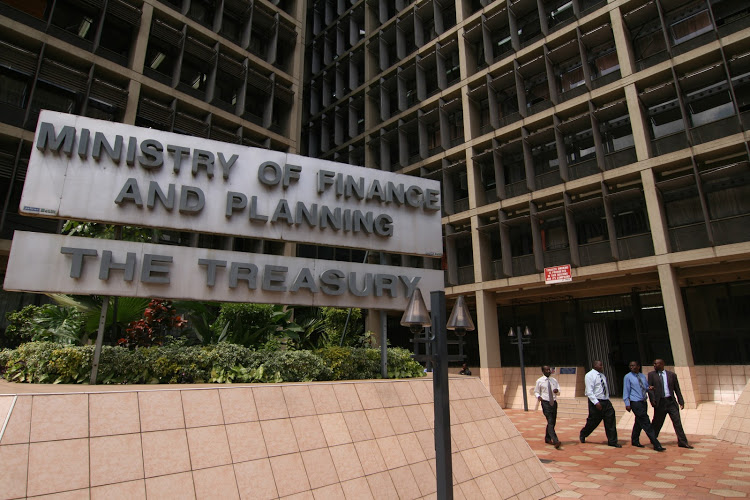 The international lender approved the disbursement of a further Sh43.8 billion after first reviews of IMF’s arrangements with Kenya under the extended fund facility (EFF) and the extended credit facility (ECF).

Proceeds from the programme are expected to be channeled to budgetary support for the remnant of the 2020-21 fiscal year which ends on June 30 and the subsequent 2021/22 financial year.

The Weekly bulletin from by the Central Bank of Kenya shows that the country's forex base rose to $8.11 billion (Sh866.7 billion) on Friday compared to $7.4 billion (791.8 billion) last week.

Kenya has requested IMF to modify the performance criteria on international reserves; indicative targets on tax collection  and the structural benchmark on a common public sector payroll.

Apart from IMF's loan, Kenya's forex reserves might have been boosted by proceeds from the country's fourth Eurobond and high diaspora remittances.

Two weeks ago, the country raised $1 billion (108 billion) debt in a new Eurobond that was oversubscribed by five fold.

The 12- year facility priced at 6.3 per cent was meant to help the country settle its due loans.

Yields on the country's new Eurobonds declined by an average of 0.26 basis points in the week ended Friday June 25, easing repayment obligation for Kenya.

According to CBK, Kenya’s 12-year Eurobond issued on June 17, 2021 traded well in the secondary market with a yield of 6.225 per cent at close of trading on June 24 compared to the issue interest of 6.3 per cent.

''The impact of the new issue caused improvement along the rest of the Kenya Eurobond yield curve reflecting pricing success achieved at the primary issuance,''CBK said.

The yield on the 10-year Eurobond for Ghana rose marginally while that of Angola declined.

Improving diaspora remittances evidenced by a 43.8 per cent year-on-year increase to $299.3 million in April 2021, from $208.2 million recorded over the same period in 2020, is another key factor strengthening Kenya's forex stock.

The multiple factors boosting forex reserves are expected to continue hold the shilling against other international currencies after a steep fall witnessed since April last year on economic effects of Covid-19.

The CBK data shows the Kenya Shilling remained stable against major international and regional currencies during the week ending June 24.

The strengthening of the shilling is expected to help ease importation costs, softening the cost of living as traders cut prices of basic commodities.

Kenya recorded a slight increase in May inflation rate following a rise in food and transport cost. May Inflation increased from 5.76 per cent in April to 5.87 per cent in May 2021.

The cost of food and non-alcoholic beverages rose by 1.26 per cent month on month and 7.36 per cent year on year. By Victor Amadala, The Star 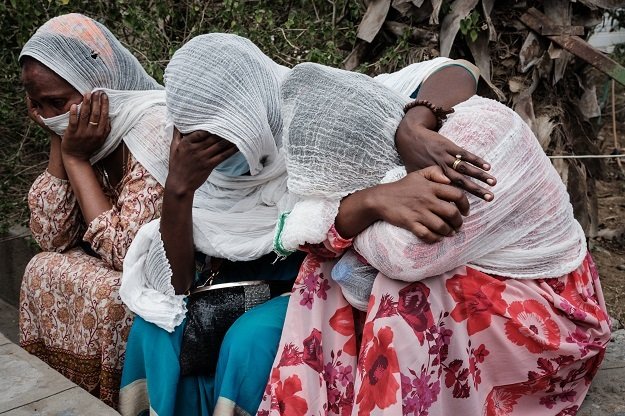 At least 64 people were killed and 180 injured in an Ethiopian air strike on a market in the war-torn Tigray region, a local health officer told AFP Thursday.

"The air strike was in the market area, so many, many people were injured," said Mulu Atsbaha, an advisor to the Tigray regional administration on maternal and child health.

The strike on Tuesday in Togoga town also left 180 injured, Mulu added. He said the toll had been gathered from residents of Togoga town, 30km north-west of the regional capital Mekele, and "confirmed with local leaders".

Ethiopia's army spokesperson said Thursday that the military carried out the attack on Togoga, but said rebel fighters were the target.

"We do not accept that this operation targeted civilians," Colonel Getnet Adane told AFP, insisting that those injured or killed were fighters "in civilian clothes".

But survivors and health workers described aerial explosions striking a busy market at the peak of trading, killing and injuring dozens, including children.

The United Nations has called for an urgent investigation into the strike.

The attack came as vote counting was underway following Monday's national elections in Ethiopia. However, the conflict in Tigray meant no vote was held there, and the region has seen an upsurge in fighting in recent days. 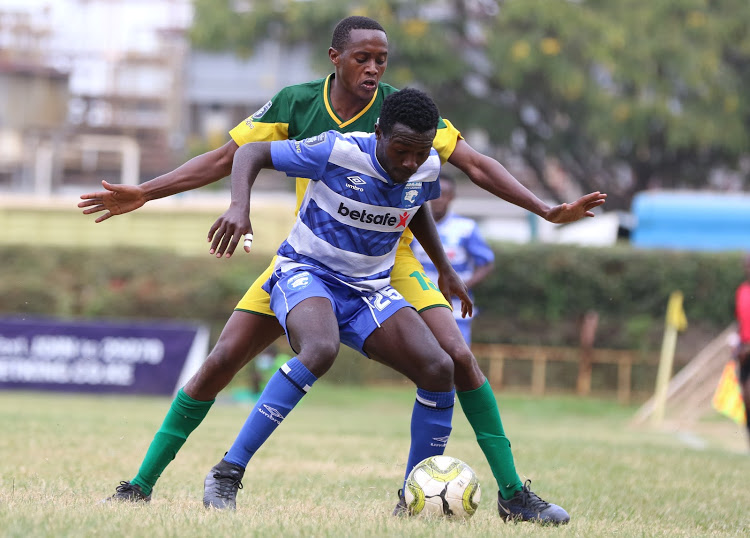 •KCB will look to topple Tusker at the summit when they flex muscles with Kakamega Homeboyz ay Nakuru A.S.K grounds on Saturday.

13-time Kenyan champions AFC Leopards will look to bounce back from their shock 1-0 loss to bottom-placed Mathare United when they play away to Wazito in a Round of 22 Football Kenya Federation Premier League fixture at Ruaraka grounds on Saturday.

Leopards suffered a huge setback in their quest to lay claim to the top-flight title for the first time since 1998 after falling to the Slum Boys. Another defeat might see them slump down further the standings given they are now fourth on the log with 37 points,  seven adrift of leaders Tusker.

As they cross their fingers hoping for the best, they may not be entirely happy if arch-rivals Gor Mahia, who are ahead of them by a point, manage to run over struggling Western Stima given such an eventuality might make it harder for them.

Gor, who are third on the log with 38 points squandered a perfect opportunity to close gap on Tusker after faltering at Thika in their last encounter against Wazito, who held them to a barren draw.

They approach their next match against Western Stima with a lot of caution in the knowledge that anything short of a win might greatly compromise their dreams for a fifth consecutive title.

Nzoia Sugar will look to disentangle themselves from relegation worries when they come up against a more organised Nairobi City Stars at Narok Stadium on Friday.

City have maintained a good run in their recent outings which has left them sixth with 29 points.

On Saturday, Mathare United will head into their match against Posta Rangers high on confidence after flooring Ingwe at Ruaraka last Wednesday.

However, they may not find the going easy against a side that stunned leaders Tusker in their last match at Ruaraka grounds where they pulled off a 1-0 upset. By Tony Mballa, The Star 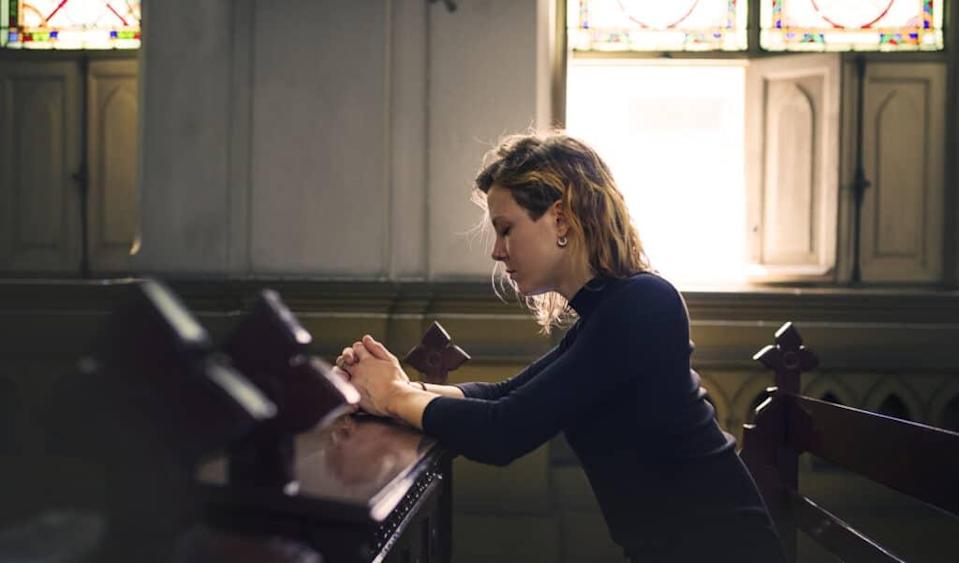 A lesbian who was raped by her pastor to “heal” her of being gay has spoken out about her experience ahead of the government consultation on a conversion therapy ban.

Angela Paterson is now 49 years old and living openly as a lesbian, but told the i that she’ll “never forget” her horrific experiences of conversion therapy as a vulnerable teenager.

Paterson joined Lancing Tabernacle Church in West Sussex, which at the time was led by reverend Max Donald, when she was 14.

When she was 19, in 1990, she became homeless. Donald was aware that the teenager was vulnerable, with a history of sexual abuse, and asked her to move in with him and his wife.

Paterson said knew she was a lesbian, and believed what her evangelical church taught her – that being gay meant going straight to hell. Donald initially sent her to a counsellor for conversion therapy, but when that was ineffective, he embarked on four years of abuse in his mission to “heal” her.

The abuse began gradually, Paterson explained: “I’d be in bed and he would come into my room with a cup of coffee, sit on the bed and on the odd occasion touch my hair and say, ‘We really want to look after you.’ Then we would be in the lounge and he would just grab my hand.

“I was confused but I also thought, ‘This is a pastor, someone I can trust.’ Then I was at the fridge one night and he grabbed me and kissed me on the lips. I was really taken aback but he was trying to reassure me, [saying], ‘It’s OK, I just care about you.'”

The pastor told her that he could “heal” her of being a lesbian, and the abuse soon turned into rape as a form of conversion therapy.

Donald would tell her that the rape was “OK by God”, and she added: “As far as I was concerned, he was closer to God than anybody else… I thought it might work. I was a broken person when I moved there. So I stayed.”

Finally, at the age of 23, Paterson confided in the wife of a youth leader, and while they originally took her away from the pastor to a residential evangelical house, they soon sent her back. Once she returned, she was forced to “confess” to having an “adulterous relationship” with the pastor in front of the entire congregation.

Donald later also confessed “adultery” and left the church, and he passed away 2010.

In the years since she escaped the abuse, Paterson has tried to speak to various religious organisations about her experience, but has been dismissed or ignored, which she said has had a “huge effect on my wellbeing” and deterred her from going to the police.

“It’s another way of systematically shutting people down,” she added. “It’s so messed up and so patriarchal.”

In a statement to the i, Lancing Tabernacle Church said it was “completely unaware” of Paterson’s allegations, but insisted they would treat such claims “very seriously indeed”.

Now, Paterson has decided to publicly speak out about her experience ahead of a government consultation on conversion therapy which will “ensure that the ban can address the practice while protecting the medical profession; defending freedom of speech; and upholding religious freedom”.

Paterson insisted that any form of conversion therapy, from rape to prayer, causes huge “damage”, and that any religious exemptions “would still leave it wide open to abuses happening”.

She desperately wants to use her experience as evidence for the consultation, insisting she would speak to MPs “in a heartbeat”, and urged the government: “Get some people in a room who have had experiences of this and deeply listen to them.”