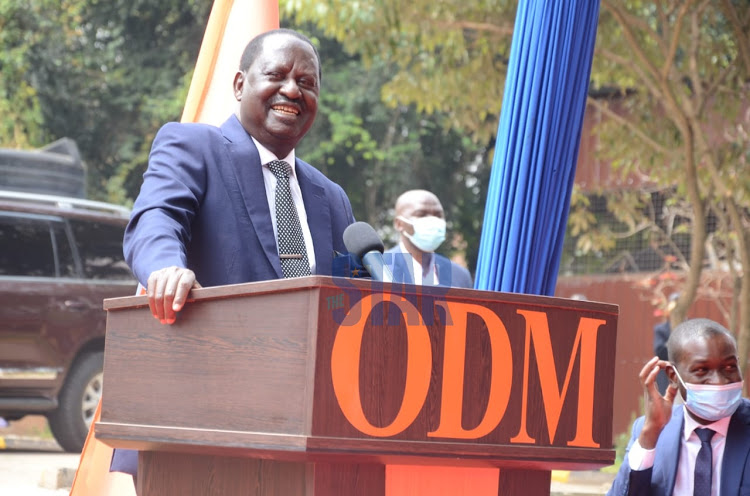 ODM party leader Raila Odinga during the swearing in of NEC and NDC officials at Chungwa house, Nairobi on August 13 2020.
Image: DOUGLAS OKIDDY

ODM leader Raila Odinga has dismissed assertions that he is waiting for President Uhuru Kenyatta’s endorsement in the upcoming 2022 general elections.

The former prime minister said he has at no time in his political life depended on endorsements to vie for any given seat.

"I am not looking for an endorsement from anyone. I don't depend on endorsements in my life. My whole political career has been about service to the people not endorsements,” he said in an interview with Radio Citizen on Thursday.

Raila, saying he will not speak of his 2022 plans until after the BBI, added that should he choose to vie, he “will be looking for votes, not endorsements."

The former PM exuded the confidence that the country still has a chance to hold a referendum to implement the BBI recommendations.

He said the timing of the plebiscite should not be a worry since the activity does not require the kind of resources for conducting a general election.

“There is still time for a referendum. We have a year to elections. It can be done even if it gets to December…nothing stops us from doing so,” the ODM leader said.

"I am not looking for an endorsement from anyone. I don't depend on endorsements in my life. My whole political career has been about service to the people not endorsements." ODM leader Raila Odinga

Raila said he was confident the courts will deliver justice and allow Kenyans to have a say in the proposed constitutional changes.

“If justice is served, reggae will come back. I am ready for the outcome of the courts. If the courts decide against us, we will accept the verdict much as we wouldn’t agree with it,” he said.

The BBI is seeking to introduce an expanded executive to include a prime minister and two deputies as well as increase the share of revenue to counties to 35 per cent.

Raila said most of the proposals in the BBI document require a vote of the people to either approve or reject the same. By Moses Odhiambo, The Star 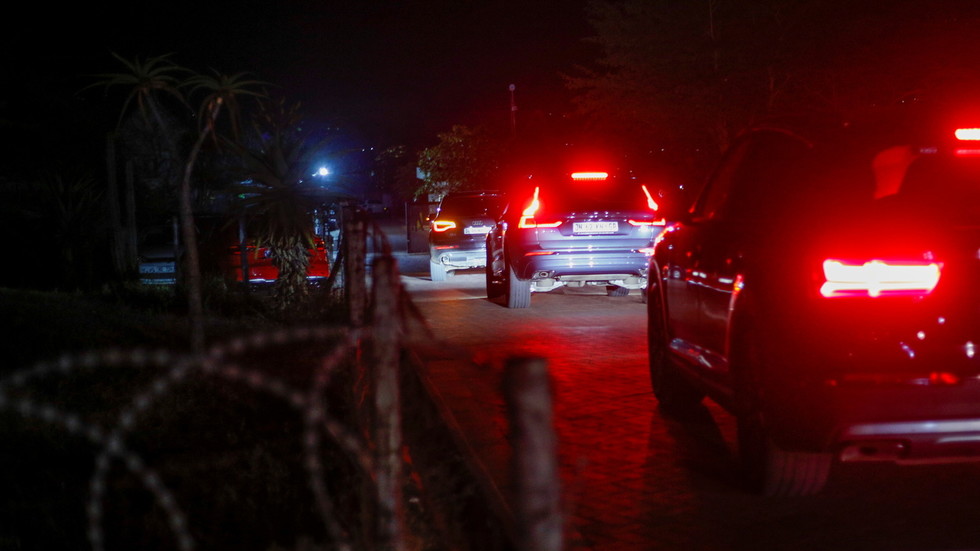 Zuma is the first South African president to be jailed since the abolition of apartheid in 1994 and establishment of majority rule. Starting with Nelson Mandela through to current President Cyril Ramaphosa, every ruler since 1994 has been from the African National Congress (ANC) party.

Zuma was in police custody late on Wednesday evening, police spokesperson Lirandzu Themba told reporters. The JG Zuma Foundation confirmed this in a tweet shortly before midnight local time, saying Zuma “has decided to comply with the incarceration order” and was on his way to a prison in KwaZulu-Natal.

On June 29, the Constitutional Court of South Africa ordered Zuma to turn himself in to police within five days to serve a 15-month jail sentence for contempt of court. The Zulu politician had refused to appear before a commission and answer questions about his alleged involvement in corruption during his presidency, from 2009 to 2018.

Thousands of Zuma’s supporters flocked to his hometown of Nkandla, some armed, vowing not to give him up. Edwardy Zuma, one of his many children, even tweeted that the authorities would try and arrest his father “if they want [to] experience a civil war” and “they must kill me first” in any event.

The former president’s supporters accused the court of being politicized, while critics argued that the verdict proved no one was above the law. Zuma has not yet said what might have motivated him to surrender, but the Zulu nation leadership officially distanced themselves from him, and said the Zulu regiments that showed up in Nkandla were defying orders. RT World News 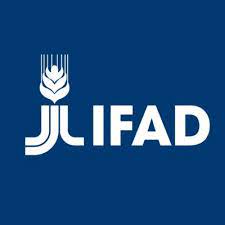 The International Fund for Agricultural Development (IFAD) will provide funding to assist 6,240 vulnerable small-scale farmers in rural Tanzania impacted by the COVID-19 pandemic. The IFAD grant will help farmers access inputs, provide market linkages and access agricultural and market information to improve their productivity and increase their resilience.

Growth in Tanzania's agricultural sector was projected to decline from 5 per cent in 2019 to 2 per cent in 2020 due to the recent locust infestation and the COVID-19 pandemic. The decline in growth has resulted in a number of negative impacts including high cost of inputs and limited access to markets with small-scale farmers bearing the brunt.

Through its Rural Poor Stimulus Facility (RPSF), IFAD will provide US$ 882,841 as part of its COVID-19 response in Tanzania. At this time when the COVID-19 crisis threatens to push another 500,000 Tanzanians into poverty, the grant aims to minimize the impact on livelihoods, resilience and food security. It will target farmers - half of whom will be women and 30 per cent youth, as well as agro-dealers, off-takers and extension officers in Dodoma, Njombe, Simiyu, Singida and Unguja regions.

Despite the myriad of challenges they encounter, including low yields, crop cultivation remains the main economic activity for most small-scale farmers in Tanzania. To help boost their productivity, the grant will distribute 23,650 kilograms of bio-fortified maize seeds, 14,460 kilograms of sunflower seeds and 971,000 seedlings of fruits and vegetables. In addition, the grant will help safeguard the gains made under the Marketing Infrastructure, Value Addition and Rural Finance Support Programme (MIVARF) - an IFAD supported project that closed in 2020 – by using its existing agro-input distribution system to reach the targeted farmers.

"The COVID-19 pandemic has brought to light the vulnerability of our food systems. To ensure we build a sustainable and resilient food system, we need to recognize the role small-scale farmers play and empower them to access inputs, information and markets for their produce," said Francesco Rispoli, IFAD Country Director for Tanzania. 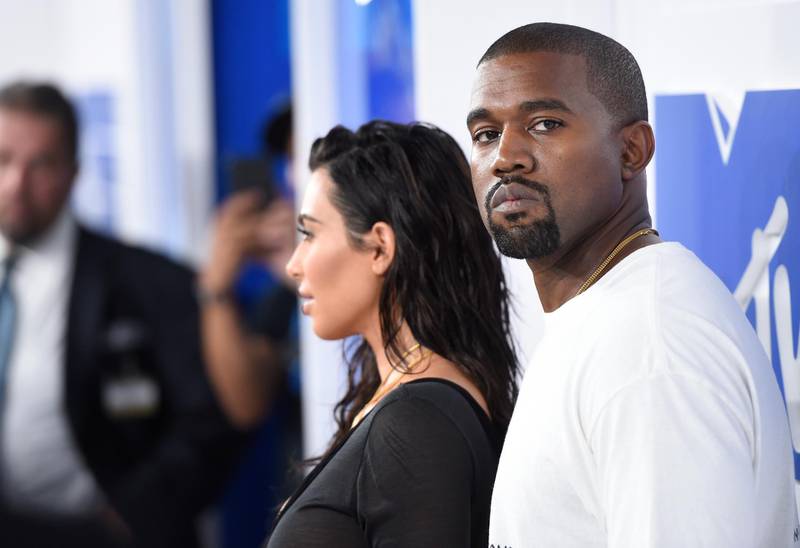 Ugandan officials say Kanye West and his wife, the reality TV star Kim Kardashian West, have arrived in Uganda on a private visit.

Information Minister Frank Tumwebaze said late on Saturday that West's visit is "an endorsement of our tourism resources." Government spokesman Ofwono Opondo said on Twitter that the American rapper was traveling with his wife.

They are reportedly vacationing in a luxury safari lodge with a view of the River Nile in the northern part of the East African nation.

Their presence in Uganda is seen as a coup for official tourism promoters, who recently were criticised by the president for allegedly not doing enough to promote Uganda's natural attractions. - Associated press/The National 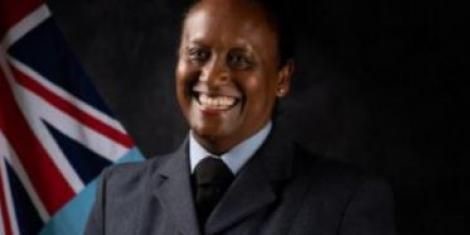