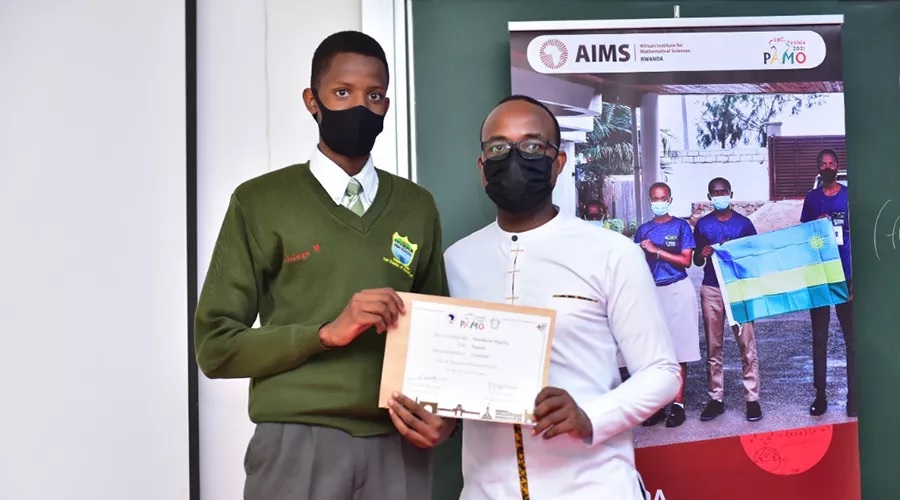 High school students undertaking Science, Technology, Engineering and Mathematics (STEM) subjects have been urged to consider mathematics as a needed tool in their daily routines.

The call was made by the state minister in charge of primary and secondary education during a ceremony to award the Team Rwanda winners in the Pan-African Mathematical Olympiad, which took place last week at AIMS Rwanda centre Remera Campus.

According to Minister Twagirayezu, mathematics is not just numbers but a way of life.

“We are all aware that mathematics is not only numbers, but a tool to help individuals, organizations and the society at large to deal with the most pressing issues in our communities,” he said.

He also hailed the students and their respective schools for the stellar performance in the pa-African competition, saying that despite the Rwandan team being a first time participant, they managed to be top in East Africa and seventh across the continent.

“I would also like to take this time to thank everyone who was involved in preparing our champions. We know that it takes a village to educate a child and I would want to recognize the hard work of the parents, teachers, and coaches,” he added.

Twagirayezu also commended the African Institute of Mathematical Sciences (AIMS) which is the contest’s organiser.

“We also appreciate AIMS efforts for not only being a champion for mathematical sciences on the continent, but to also support us in strengthening mathematics and sciences in our schools,” he said.

Through the Teacher Training Programme, the minister said that AIMS has been training mathematics and science teachers in the country. This is an important step in ensuring that our teachers are properly prepared to train tomorrow’s problem solvers, he concluded.

Organised by AIMS, the Pan-African Mathematical Olympiad is the most prestigious high school mathematics competition on the continent and it focuses on testing the participants’ ability to think critically and solve problems. - Bertrand Byishimo, The New Times

The Ministry of ICT and Innovation in Rwanda, Cenfri, and the Mastercard Foundation signed a tripartite MoU to kick-off an ambitious three-year digital transformation program in Rwanda aiming at harnessing Rwanda’s big data to enhance the Government’s digital capabilities and systems.

Building an inclusive digital economy has long been a core economic development objective of the Government of Rwanda. The Government charts an ambitious course for achieving rapid digital transformation and has embraced the digital economy as a lever for accelerating growth, improving services delivery, and enabling more work opportunities for Rwandans, especially young Rwandans.

The COVID-19 pandemic has fast-tracked   the need for digitization and this partnership demonstrates Rwanda’s goal to not only keep up with the global trends, but also to become an example of digital leapfrogging in Africa.

“Data-driven policymaking is fundamental to our digital transformation journey”, said Paula Ingabire, the Minister of ICT and Innovation, and the Government Lead for the program, at the launch today. “During the Covid19 pandemic, we’ve seen digital payments grow more than tenfold and it’s these gains that we want to build on and unlock further growth and adoption of digital payments. To do so, we require data insights that will drive cashless policy decisions, unlock barriers to adoption of digital payment channels as well as track the response and impact of these interventions in driving the cashless agenda.”

“Unlocking significant, long-lasting efficiencies in financial inclusion and productivity for young men and women will help to increase their access to employment opportunities and entrepreneurship. It is important that we support the sustainability of that transition as well as other innovative interventions in the digital space,” said Rica Rwigamba, Country Head at the Mastercard Foundation.

The program, which will be implemented by Cenfri in partnership with Cape Town-based data science firm 71point4, is composed of a team of people who have worked with Rwandan agencies for the past few years to open up data for the Government to draw insights for policy. “We are excited to be embarking on this journey to leverage data to build towards a flourishing and inclusive digital economy. Over the last five years, our work in Rwanda as part of the insight2impact (i2i) program, highlighted the power of data to advance financial-sector development and improve economic and financial inclusion. This partnership presents an opportunity to build on our learnings and achieve real impact together over the coming years,” said Doubell Chamberlain, Managing Director and Founder of Cenfri.

The program ultimately aims to support the Government to realize its vision through a three-pronged approach: making data and trend analysis easily accessible; supporting the application of data to policy actions; and accompanying public sector staff to utilize data-driven approaches. An exciting byproduct of the program will be to make data available to local entrepreneurs and start-ups to develop ideas and strategies for new businesses. Modern innovation feeds on data and while these data resources exist, very little has been accessible in the public domain for Rwandan entrepreneurs to work on. This program will hopefully change that.

The program will initially focus on the Agriculture and Retail trade sectors, with other sectors to follow.  It will work closely with the National Bank of Rwanda, the Rwandan Utilities Regulatory Authority, and other regulatory agencies with important data resources. The program will also engage with private sector entities to explore access to data that can assist in achieving a cashless national economy. 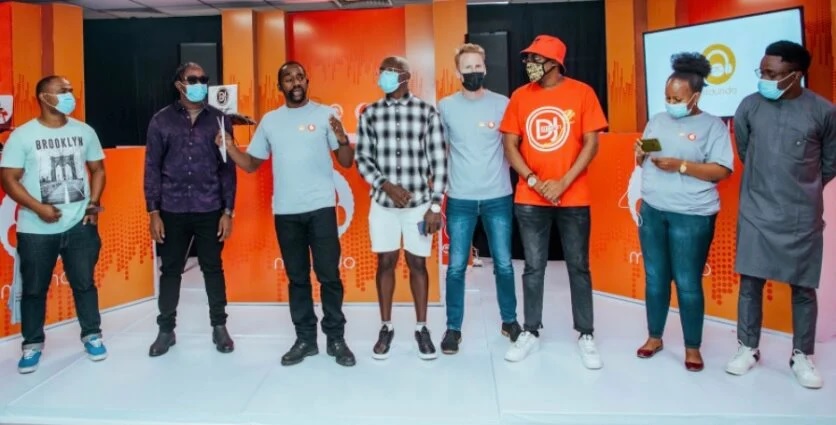 Mdundo has over 7 million active users per month and a combined 20 million-plus downloads and streams per month, it says, and also works directly with 100,000 African artists and offers a catalogue of 1.7m African and international songs.

Through the Mdundo Mixes bundle, Vodacom Tanzania will give subscribers the music of their choice, from salsa to rhumba and as far as bolingo. Mixes will also be curated by Tanzanian DJs and artists including DJ Massu, DJ Summer, DJ Bike, DJ Feruuh, DJ Allybu and DJ YLB.

By partnering with Mdundo, Vodacom Tanzania will offer a unique means of acquiring new and old music, but will also expand its reach to subscribers in both urban and peripheral areas.

While already one of Tanzania’s leading music services, Mdundo’s deal with Vodacom Tanzania, which Vodacom claims has a base of 15.5m mobile subscribers, will see it reach even more listeners.

Nguvu Kamando, Vodacom’s head of Value Added Services, said: “Instead of struggling and moving from one platform to another, we as a digital valuing company, saw the importance of creating one bundle which will include all music genre, that’s why we also decided to partner with Mdundo.com.”

Patrick Sambao, Head of Telco at Mdundo.com, said: “Mdundo has a very strong following in Tanzania and we’re therefore pleased to launch our first telco bundle in this market. Vodacom has a clear and ambitious product team with a strong focus on delivering new and innovative solutions to the market aligned with the Mdundo vision.”

Warner Music Group signed a licensing deal with Mdundo in 2017.

In February of this year, Mdundo announced it saw its monthly active users grow by 39% and reach 7m in December, up from 5 million in June.