After a decade of strong economic growth, in 2019, Tanzania officially achieved lower-middle-income status. Despite its remarkable economic leap, the country and its commercial center, Dar es Salaam, continue to face growing threats from severe and recurrent flooding.

It is estimated that up to 80% of Dar es Salaam’s residents live in unplanned, informal settlements, including those in the Lower Msimbazi Basin area, which houses 27% of the city’s population.  Prone to severe flooding, this low-lying area sees far too many lives lost, homes destroyed, and livelihoods upended every year. A strong rainfall in the spring of 2018, for example, caused an estimated $100 million in economic losses to households—approximately 2% of the city’s GDP. With such extreme weather events increasing in frequency and intensity over the past decade, building resilience and mitigating disaster and climate risks have become critical.

In response, more than 200 people from 59 institutions and communities came together to chart a resilient path forward for this key area of Dar es Salaam’s Central Business District.  The effort spanned 30 working sessions, supported by the World Bank in partnership with the President’s Office for Regional and Local Administration. Together we delivered The Msimbazi Opportunity Plan, a comprehensive blueprint for transforming the Basin into a beacon of urban resilience.

Building on this work, the City Resilience Program (CRP), in partnership with the Global Facility for Disaster Reduction and Recovery (GFDRR), partnered with Dar es Salaam city officials and 15 other cities in Sub-Saharan Africa. The CRP provided tools to support cities with their investment planning processes, such as giving access to a platform for knowledge-sharing and learning on urban planning, resilience, project development, and private-capital mobilization.

As part of this process, the CRP employed its City Scan tool, which uses climate, disaster, and economic data to help cities visualize their environment so they can identify urban resilience challenges.  The City Scan for Dar es Salaam, for example, revealed a wider set of the Msimbazi Basin’s climate risks and the population’s accessibility to jobs, and highlighted the urgency for risk mitigation.

Complementing the City Scan, CRP developed an analysis of possible disruptions on the city’s infrastructure from urban flooding and its potential effects on the economy. The analysis showed that floods disproportionately affect areas with high employment opportunities, and that firms in flood zones experience more disruptions to their businesses. In addition, the impacts of flooding were found to spread along infrastructure networks to other unaffected areas. CRP’s support also helped Dar es Salaam officials to identify opportunities to draw in private capital to underpin the envisioned urban transformations.

This was realized through a CRP supported analysis of the real estate development potential of 57 hectares of land for residential and commercial use in the Lower Msimbazi Basin. Indeed, the analysis showed that flood protective measures could unlock up to $900 million of real estate investments including $200 million of new revenue to the city through the construction of up to 5,900 new housing units  and 100,000 m² of auxiliary commercial space and supplemental infrastructure.

CRP’s analysis included an overview of local real estate market conditions, a survey of national and local regulations pertaining to land development and construction, and a financial assessment of how market-driven real estate investments could contribute to flood risk mitigation and affordable housing delivery in Dar es Salaam. Building further on these engagements, the CRP is now supporting a professional assessment for the long-term sustainable operation of a public city park in the Msimbazi Basin, aligned with international best practices, which include effective flood management systems.

As in Dar es Salaam, the CRP’s planning and financial tools are available to help cities across the world understand and mitigate the adverse impacts of disasters and climate change, enabling them to save lives, reduce losses, and unlock economic and social potential. The program catalyzes a shift toward long-term, multi-disciplinary packages of technical and financial services, building a pipeline for viable projects at the city level that build resilience.

Urban areas are among the most vulnerable to climate change, with 70% of cities already experiencing harmful impacts due to natural hazards and environmental shocks. GFDRR estimates that disasters cost cities around the world $314 billion annually, and climate change could put 77 million urban residents into poverty by 2030. Urban resilience is at the core of sustainable development and poverty reduction efforts. The world needs more resilient cities with a capacity to plan for and mitigate the impacts of climate change.

Watch a video on CRP’s work in Dar es Salaam. 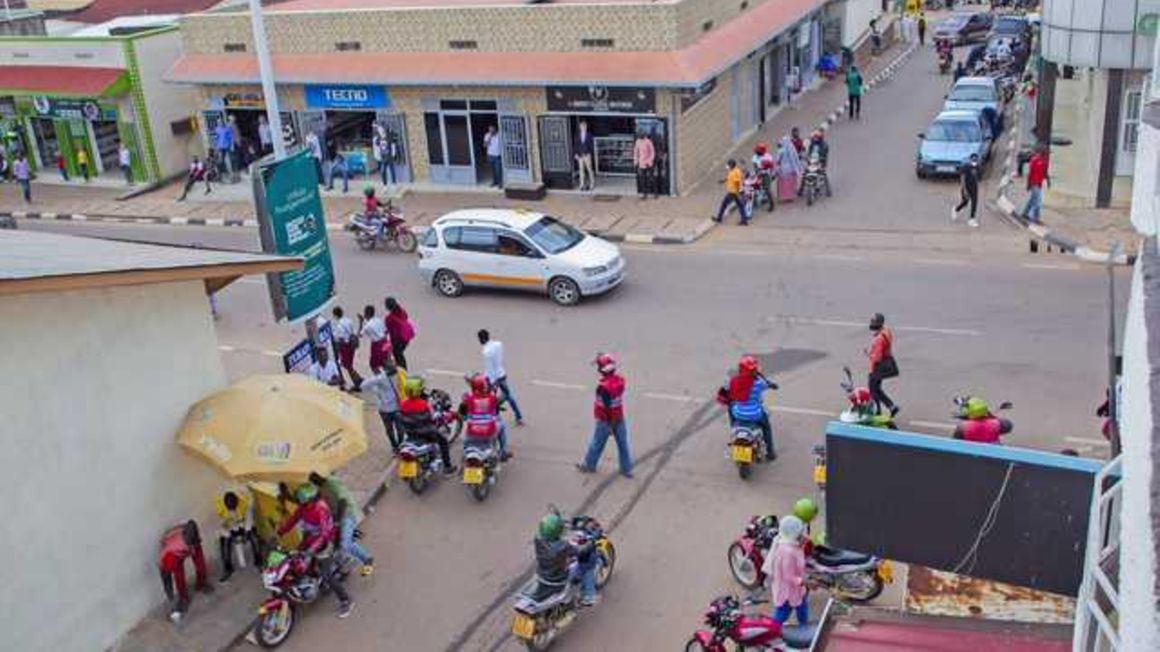 Respondents said Rwandan ministries are the biggest receivers of bribes. Photo via The EastAfrican

Perceived corruption in Rwanda’s public procurement system stands at 63.3 percent while 79 percent of government tender bidders admitted to have encountered corruption requests with 18 percent of them agreeing to pay.

A study conducted by Transparency International Rwanda, released early this month, said that at least Rwf14.2 billion (approximately $14.2 million) was spent in corruption instances in the past 12 months in the infrastructure sector alone. Respondents said ministries are the biggest receivers of bribes and the going rate is between Rwf10 million ($10,000) to Rwf120 million ($120,000) depending on the value of the contract.

“Corruption in procuring infrastructure is unique and numb to anti-corruption laws because it is a win-win situation, nobody reports nor complains,” said Enock Byiringiro, a researcher at Transparency International Rwanda.

The study surveyed 473 bidders from across Rwanda, and asked questions about integrity, competition, efficiency and accountability in public procurement. Ninety eight percent of the respondents said they have offered their bids to local government and public entities.

Respondents pointed out that inefficiencies by procuring firms such as changing contracts after they have already been signed, shortlisting fictitious firms and inaccessible bidding documents risk chances of having to pay bribes to ease the process.

“In most cases, bidders pay to ease complex procedures in the procurement systems or bribing procurement committees in the local government to compromise contacts and competition process,” said Papias Kazawadi, a member of the Federation of Engineers in Rwanda.

Corruption in the public procurement system was called out by President Paul Kagame in his remarks at a ceremony to launch the 2021/2021 judicial year held in parliament on September 6. Referring to the Transparency International Rwanda report, President Kagame said there has been pervasive corruption in public tenders especially with infrastructure projects, adding that such officers tarnish the country’s image.

The latest Auditor-General’s report that was launched in March pointed out multiple infrastructure projects that were either cancelled or overpriced due to procurement faults. - Ange Iliza, The EastAfrican

The Bank of Tanzania issued the statement after its monetary policy committee met on Sept. 13 to review the conduct of monetary policy and economic performance in recent past and the general economic outlook.

According to the statement, the 4.9 percent economic growth was driven by construction, transport, agriculture, manufacturing, mining and quarrying activities.

The statement said the economy is expected to continue improving, owing to ongoing public investment and normalization of the global economy which will increase private sector investment and trade.

It added that performance of the external sector of the economy continued to face challenges caused by COVID-19, particularly tourism. - Xinhua