William Lukuvi, the minister for Lands, Housing and Human Settlements Development, said the new master plan will replace the outdated version of 1979.

Speaking at a meeting with Dar es Salaam regional leaders and senior land officers, Lukuvi said the commercial capital is congested and there is no space for construction of structures, including residential houses.

The new master plan will help to improve residential areas by construction of high-rise buildings, said the minister.

He said the National Microfinance Bank in collaboration with the Ministry of Lands will release loans to the residents in the commercial capital for carrying out land surveys for construction of residential houses, noting the new master plan also addresses the issue of land conflicts that have occurred in some parts of the city.

Lukuvi also directed the Dar es Salaam regional commissioner Amos Makalla to set a date for the launch of the new master plan.

Dar es Salaam is the most populous city in Tanzania, with a population of around 6 million. - Xinhua 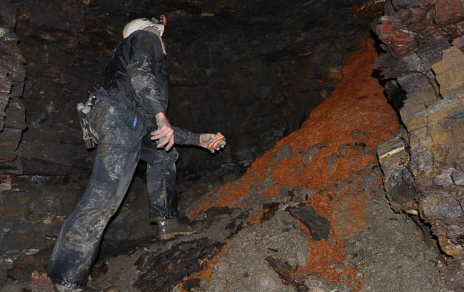 (Kitco News) - Winshear Gold (TSX-V: WINS) announced Thursday that it has filed its Memorial with the International Centre for Settlement of Investment Disputes, a part of the World Bank group, outlining the nature and quantum of its claims against Tanzania for the expropriation of the company's retention licences over the SMP gold project, located in SW Tanzania.

The company said that Tanzania's expropriation of the SMP gold project breached its obligations under the 2013 Tanzania-Canada Bilateral Investment Treaty, which protects investors against developments that included expropriation.

The company noted that the Memorial provides the basis for compensation to Winshear in the amount of C$124,781,945, including interest which continues to accrue.

CEO Richard Williams commented, "Establishing C$124,781,945 as compensation for Tanzania's expropriation of the SMP gold project is a very important milestone for Winshear. Tanzania's actions have rendered valueless years of investment in the country. We have made every attempt to work with the Tanzanian Government to reach an amicable settlement since they cancelled our retention licences but they have provided us no choice but to pursue the legal route."

Between 2006 – 2017 the company acquired, explored and discovered a gold resource at the SMP gold project. As of 2017, the company held four retention licences which contained the entire mineral resource defined to that date.

The company said that in July 2017, without any consultation with industry participants and investors, the Government of Tanzania passed new legislation abolishing the retention licence classification. On December 19 & 20, 2019, the Government of Tanzania put all of the area formerly held by Winshear under retention licences out to tender, thereby completing the expropriation of the SMP gold project. - Vladimir Basov, Kitco News

A Congolese refugee in Uganda. Photo: © EU/ECHO/Martin Karimi under a Creative Commons license

Uganda is Africa’s largest refugee hosting nation, where 1.45 million refugees mostly from South Sudan, the Democratic Republic of Congo, Burundi and Somalia live. The country has a generous policy towards displaced persons: its 2006 Refugee Act guarantees refugees the right to work, freedom of movement and the right to live in settlements rather than in refugee camps.

The country’s progressive approach has enabled the inclusion of refugees in Uganda Refugee High Frequency Phone Surveys (URHFPS) by UNHCR, the World Bank, and the Uganda Bureau of Statistics. The URHFPS tracked the impacts of the pandemic on a roughly monthly basis across three rounds between October/November 2020 and February/March 2021. The survey results are presented in Monitoring Socio-economic Impacts of Covid-19 on Refugees in Uganda (Round 1, 2, and 3). URHFPS was conducted in parallel with the COVID-19 High Frequency Phone Survey of Ugandan population, which enables us to compare the impact of COVID-19 on households in both groups.

It is clear from the final round of the phone surveys that refugees are faring substantially worse on key dimensions of welfare, and their recovery is slow compared with Ugandans in general . The post-COVID-19 recovery for refugees will be fragile, amidst a projected return to growth for Uganda in 2021. The evidence shows that refugees will require continued and strengthened support during and after the pandemic to escape the “poverty trap” that can have a lasting impact across several generations.

According to three rounds of the URHFPS, the poverty rate among refugees is projected to be around 50 percent, higher than the pre-COVID-19 level of 44 percent. Poverty rates are estimated not by collecting actual consumption data, but from around 10 simple questions added in the URHFPS questionnaire using a machine learning technique. Such an approach needed to be used because phone interviews cannot collect a long list of questions to collect full consumption data.

Employment rates fell among refugee respondents from 43 percent in October/November 2020 to 32 percent in February/March 2021. This widened the gap further from the pre-lockdown employment rate of 56 percent. The opposite was observed for the national employment rate for Ugandans, which returned to the pre-COVID-19 level of 86 percent over the same period (Figure 1).

For most refugee households, income levels have remained below the pre-March 2020 (Figure 2). Also, the pace of income recovery among refugees is significantly slower than that of non-refugees. Among income sources, income from family business recovered slowest in both refugee and non-refugee households compared to income from wage employment and family farming.

Compared to Ugandans, the ability of refugee households to buy food, access sufficient drinking water, and access medicine and medical treatment were significantly lower. In February/March 2020 about 36 percent of refugee households did not have access to medicine when needed and were unable to access sufficient amounts of drinking water. In comparison, in February 2020 18 percent among Ugandans were not able to buy medicine when needed and only 2 percent of Ugandans faced scarcity in drinking water.

It will be necessary to deepen assistance to refugees and equally vulnerable members of the Ugandan host communities so that both communities are able to access economic opportunities as the country recovers from the crisis .

The key findings of these surveys and policy options are outlined in a joint policy brief which recommends:

An earlier World Bank report Informing the Refugee Policy Response in Uganda recommends measures that could boost shared prosperity for both refugees and Ugandans. These include: