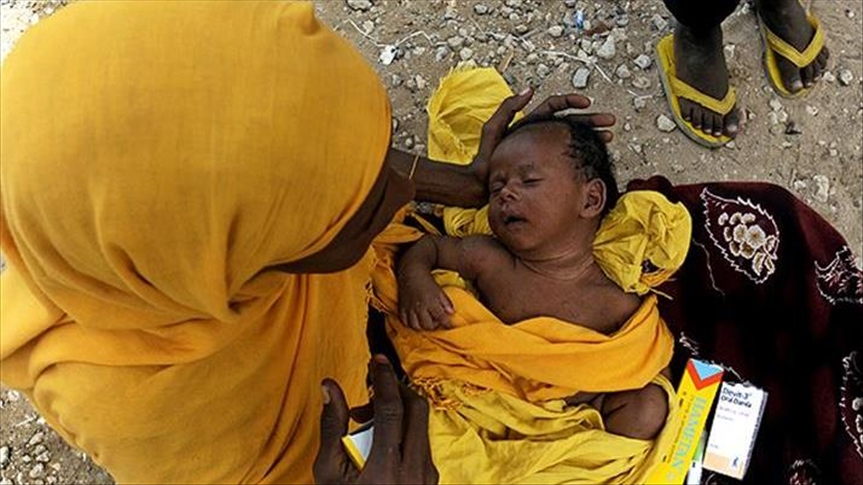 Deep-rooted cultural beliefs that breast milk makes the child lazy or feel thirsty have made Tanzania hold the infamous distinction of having the highest maternal mortality rates in the world.

According to 2016 statistics available from the National Bureau of Statistics, the East African country was reporting 556 deaths per 100,000 expecting mothers annually. The Demographic Health Survey has recorded that only 59% of infants in the country are being breastfed exclusively in their first six months of life.

Speaking to Anadolu Agency, Mariana Sanga, 31, mother of four children living at Lunyanywi village in Tanzania’s southern Njombe region, said when she gave birth to her first child, her aunt advised her not to breastfeed the baby.

Instead of her milk, she was feeding the baby with water mixed with sugar and soft porridge. The advice of her aunt has left her children dangerously malnourished.

“My firstborn is stunted because I did not breastfeed her. I made a terrible mistake which I will live to regret,” she said.

Sanga is among many women in the impoverished region who mistakenly believed in wrong cultural beliefs and compromised the health of her children.

At Lunyanywi village these beliefs and taboos are deeply rooted that many women neglect health advice.

Lydia Semwaiko, 31, who lives in Ludewa district in Njombe with her family, said she stopped breastfeeding after a few months because she could not enjoy intercourse with her husband.

“I did not want him to sleep with other women that is why I stopped breastfeeding my child,” she said.

Some communities in Njombe still believe mother’s milk becomes unclean if she is involved in extramarital relationships. They also believe that a baby can gain weight faster when fed with porridge during the first few days after birth.

While most women in the impoverished region have realized the power of colostrum –thick milk produced by mothers soon after delivery, the cultural beliefs are still keeping many mothers away from newborn babies, who consider this nutritious liquid dirty, because of its yellow color.
Requires sustained awareness

Local health experts say to express the need for a sustained awareness campaign to remove these incorrect beliefs.

Antimony Massawe, a leading pediatric specialist based in Dar es Salaam, is trying hard to remove these beliefs and create awareness about breastfeeding.

“Breastfeeding is the baby’s first vaccine. It provides protection against life-threatening conditions and promotes healthy growth,” he said.

Health workers say, besides cultural beliefs, the lack of support from the spouse also prevents women from breastfeeding their babies.

To dispel these myths, the government has identified and trained over 6,000 community health workers to create awareness about nutrition and to educate mothers about the importance of breastfeeding.

“We are aiming to reach both mothers and fathers so that they can work together to improve their family’ nutrition,” said Yusta Tarimo, a district community health worker in Njombe.

According to Tarimo sometimes babies want to breastfeed just for comfort or put themselves to sleep.

At Lupembe village some women say when babies start putting hands into their mouths and chew them it is a sign that they are ready for solid foods.

Asha Mwita, 22, said when she eats and her baby looks at her admiringly, she feeds her with solid food.

“I want her to get used to solid food as I am tired of breastfeeding,” she said. - Kizito Makoye, Anadolu Agency

This comes as the world commemorates World Breastfeeding Week from 1 to 7 August,

Speaking during a press conference in UNICEF Compound in Juba on Thursday, Rita Juan Demetry, the Senior Nutrition Inspector at the Ministry of Health echoed the calls.

“The Ministry of health together with UNICEF and all the implementing partners would like to urge all citizens and duty bearers of South Sudan that we must protect and protect exclusive breastfeeding of infants until they reach six (6) months of life. Because breast milk is the best milk, breast is the best milk that you don’t find in the market,” she said.

Demetry emphasized that mothers across South Sudan should breastfeed their children within the first 6 months from delivery.

“This simple and natural act of breastfeeding is one of the most valuable gifts a mother can give to her child. Exclusive breastfeeding to an infant is so important from zero to 6 months of life. This is so important and it starts from within an hour of birth up to six months. And this is to nourish the child and protect the child from many childhood illnesses and malnutrition,” she said.

Rita Demetry says more needs to be done although South Sudan has increased the breastfeeding rate from 45% in 2010 to 68% in 2020.

“Although South Sudan has made significant progress in increasing the exclusive breastfeeding rate since independence, it is not enough because 3 out of 10 children today are still being denied their right of breastfeeding and the start of life,” she said.

In a statement to the media during the press conference in Juba on Wednesday, the UNICEF Nutrition Officer, Jesca Wude Murye explained the importance of breastfeeding for babies.

“Breast milk contains antibodies that protect against diseases, and then breastmilk is ready at the right temperature, breastmilk contains enough water and is easy to digest. When you look at the breast milk you don’t need to get it to be heated, the baby just sucks immediately and they are okay and comfortable. It helps the jaw and teeth development of the child, it also promotes optimal physical growth and cognitive development and then long term benefits in terms of reducing risks of obesity and diabetes,” UNICEF Nutrition Officer Jesca Wude Murye explained.

Murye added that breast milk is whole food for babies for up to 6 months before introducing complementary foods to them. - Radio Tamazuj 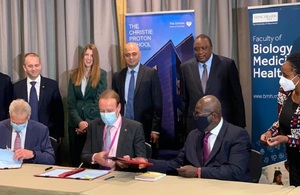 Unemployed nurses and health workers from Kenya will have the chance to work in the UK as part of a new scheme requested by the Government of Kenya and launched by President Kenyatta today (29 July) during his visit to London.

In a programme to share knowledge and expertise, Kenyan health professionals and health managers will benefit from a special route to work in the UK, before returning to work in Kenya’s health sector. The agreement is open to Kenya’s surplus health workers who are qualified but unemployed, ensuring the process is managed for Kenya’s benefit.

UK Health Secretary, Sajid Javid, and Kenya’s Cabinet Secretary for Labour Cooperation, Simon Chelugui, signed the agreement on Kenyan recruitment into the UK’s National Health Service. It came on the third day of President Kenyatta’s visit to London, on a tour of the Royal College of Physicians in London. The special programme came at the request of the Government of Kenya to channel nurses currently unemployed into jobs.

The President also witnessed the signing of the Kenya-UK Health Alliance, which will bring together UK and Kenyan institutions – universities, teaching hospitals – cooperating on health partnerships.

One of the flagship partnerships is on improving cancer treatment for Kenyans, thanks to a tie-up between Kenyatta University Teaching Research and Referral Hospital and the University of Manchester/Christie NHS Foundation Trust. It will help improve prevention and management of cancer in Kenya, and promote Kenya a regional hub for cancer treatment.

Our health partnership with Kenya is 30 years old and growing stronger by the month. This new agreement on health workers allows us to share skills and expertise even further, and is a fantastic opportunity for Kenyans to work in the UK.

From COVID-19 vaccines and genomic sequencing, to exchanges on cancer research and treatment to help Kenya treatment more cancer patients at home, the UK has a long and proud history of support for Kenya’s health sector. The signing of the Kenya-UK Health Alliance by President Kenyatta on his visit to the UK is the latest chapter in our flourishing partnership.

The UK’s Secretary of State for Health, Sajid Javid, said:

We have a historic and mutually respectful relationship with Kenya. This has been strengthened by working closely with Kenya during the pandemic and sharing UK vaccine doses to support Kenya’s fight against COVID-19.

Our healthcare agreement will make the most of UK and Kenyan health expertise which will be beneficial to both countries, with the exchange of knowledge and training which will provide first class healthcare.

It comes after a flurry of announcements of UK support for Kenya’s COVID-19 response, as part of our flourishing Health Partnership, signed by the UK’s Foreign Secretary, Dominic Raab, and Kenya’s Cabinet Secretary for Health, Mutahi Kagwe, during a visit to Nairobi in January 2021.

On 28 July, Prime Minister Johnson confirmed the donation of 817,000 COVID-19 AstraZeneca vaccine doses for Kenya – half a bilateral donation, and half a UK donation through the COVAX facility – while earlier this month we announced new support on genomic sequencing with KEMRI to tackle emerging COVID-19 variants. Kenyan and British scientists at KEMRI and Oxford University were closely involved in the development of the AstraZeneca vaccine, through trials of the vaccine through KEMRI Kilifi. - Foreign, Commonwealth & Development Office, GOV.UK