The ex-general has been living in France for the last decade, Mediapart, the French investigative journal reported on Sunday.

France has been refusing to extradite or deport Ntiwiragabo, .

Ntiwiragabo has been residing in France without a residence permit, despite being the the subject of an Interpol wanted persons Red Notice, the journal said.

According to Mediapart, Ntiwiragabo had requested asylum from France but was denied for being held guilty of war crimes, and yet was not deported - nor extradited to Rwanda.

Mediapart earlier reported that Ntiwiragabo had been living in Orleans, south of Paris.

Rwanda had sent a letter to France requesting Ntiwiragabo's extradition in August 2020, at which point the country - along with Interpol and Rwanda -  had already dropped an arrest warrant for him.

Ntiwiragabo is said to be one of the leaders who orchestrated the Rwandan Genocide.

He had been Chief of Military Intelligence and Deputy Chief of Staff of the Army up until 1993.

Accused of crimes against humanity, he is also the founder of the armed rebel group Democratic Forces for the Liberation of Rwanda (FDLR). - TRT World 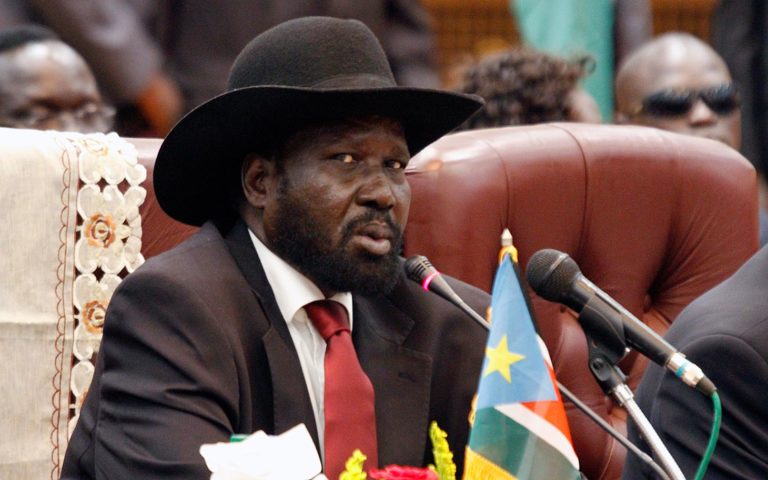 South Sudan President Salva Kiir has dispatched a team tasked with organizing for the voluntary return of South Sudanese refugees from neigbouring countries, a source said.

The first delegation, a source at the presidency told Sudan Tribune, was dispatched to Sudan’s region of Darfur, where a large population of South Sudanese refugees from Western Bahr El Ghazal State, fled.

He added, “There is no need to continue to stay in Sudan when security situation has improved, and the peace agreement is being implemented. There is no more fighting in the Raja area at the moment. Calm and tranquility had returned to the area and so people felt it is time they return home”.

Conflicts in South Sudan continue to cause hesitations among refugees to return to ancestral homes. Albeit, fighting has subsided, past experiences and prospects for inclusive settlement remain grim.

According to humanitarian agencies, an estimated 2 million South Sudanese have sought refuge in neighbouring countries as refugees. At least 63% of South Sudanese refugees are reportedly under the age of 18.

The majority of South Sudanese refugees live in Sudan, Uganda, Kenya and Ethiopia, where their living conditions have deteriorated rapidly and pressure for their return is mounting. Yet, over the past five years, less than 269,000 “voluntary returns” have been registered, and the pace is not picking up. Doors to other countries are also largely shut.

Moreover, refugees in these neigbouring countries find themselves in a bind, between staying on in increasingly skeptical host communities or returning to an insecure future. In all of the major host countries for South Sudan refugees – Uganda, Kenya, and Sudan – hospitality is wearing thin, while an increasing share of refugees face economic deprivation.

On the other hand, however, returning to the world’s newest nation is fraught with risks – economically, socially and in terms of security – and rates of return, despite mounting pressure, have recently declined. By Koch Madut, Tower Post 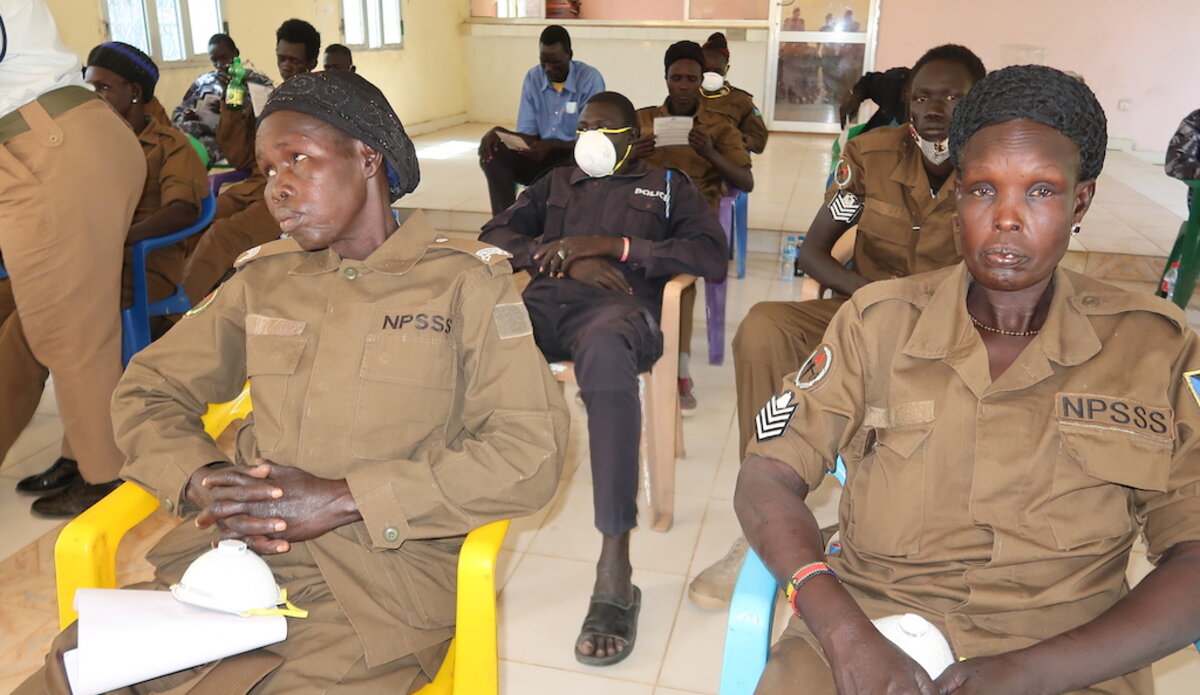 Police and Corrections Officers in Malakal had a lot to take in when being trained by UN Police serving on human rights and crime prevention. Photos: Samson Liberty/UNMISS

Deficiencies when it comes to the rule of law coupled with a dire economic reality have seen a rise of crime in Upper Nile State. UN Police serving with the United Nations Mission in South Sudan are trying to improve the situation by giving law enforcement officers the knowledge they need.

“I learnt about community policing and the importance of the relationship and trust between citizens and the police. Adequate community policing will ease our work in terms of information sharing and the investigation and handling of crimes and criminals,” said Major Tuong Kur Deng, a senior police officer who attended a recent training.

The three-day workshop was attended by some thirty uniformed officers, including a handful of women. It covered an extensive range of topics, including basic principles of human rights, the country’s legal framework and community policing methods. It was part of the peacekeeping mission’s mandate and efforts to strengthen South Sudan’s entire justice system by building its capacity.

Prisons and their staff are other vital links in that system, and hence corrections officers also participated in the training.

“I now know more about human rights in general and the rights of those behind bars in particular. We need to respect their dignity and rights, listen to their needs, examine their mental health and help them through their rehabilitation,” commented Nyakei Bol, a female prison officer in Malakal.

Similar workshops to build the capacity of police officers and other personnel serving within the justice system are scheduled to take place across the Upper Nile region. - SAMSON LIBERTY, UNMISS/UNITED NATIONS