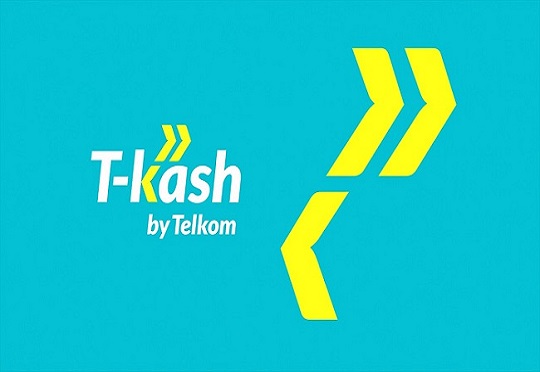 Telkom Kenya customers will now be able to make payments on the eCitizen platform using T-kash.

Through T-kash, entrepreneurs in Mombasa, Nyeri and Kisumu Counties can also pay for their single business permits, trade licenses and e-construction permits – a boon to Kenya’s Ease of Doing Business Program that seeks to, among other actions, further automate service delivery.

To pay using T-kash on eCitizen, customers will just need to follow the normal Login processes to access the portal, choose the “Telkom T-kash” option, and will be guided by the payment instructions, as indicated, for the service.

Telkom’s CEO, Mugo KIBATI says this move speaks to one of the firm’s commitments to better position its infrastructure asset base and services, to drive digital transformation within the Consumer, SME, Corporate and Public sectors, to enable them to become smart entities.

“This strategic partnership will help broaden the eCitizen’s revenue collection options, and improve services to Kenyans, as well as cement our ambition to be the technology partner of choice to our consumers, private and public sector clients.”

Financial services, partnerships, and digitization form part of Telkom’s focus areas. In this strategic direction, Telkom seeks to enrich its financial services offering in response to the evolving digital lifestyle of the consumer, where convenience and simplicity are paramount.

Recently, the company, through its digital services platform, T-kash, announced its partnership with the Ministry of ICT’s National Youth Council of Kenya (NYCK), to co-create FURSA, an e-wallet that will open up a portfolio of financial opportunities to the youth in Kenya and more so at the grassroots levels. The objective is to increase the youth’s resilience in the midst of physical and infrastructural barriers that obstruct their access to financial services and products. telkom.co.ke ABC

The Uganda Police are investigating the death of the former Deputy Governor of Yei River State in South Sudan as a suspected assassination, the Ugandan Monitor newspaper reported yesterday.

Investigations indicate that Brig. Gen. Wani’s killers, who raided his home in the night, were heard by neighbors speaking Arabic.

Kampala Metropolitan Police deputy spokesperson Luke Owoyesigyire said political motive is part of the line of investigation they are studying.

“Investigators recorded statements that they heard killers speak Arabic and another dialect commonly used for communication in South Sudan. We have expanded the investigations beyond aggravated robbery,” Mr. Owoyesigyire said yesterday.

The killers stole the deceased’s television set and mobile phone.
Brig. Gen. Wani had earlier told authorities in Uganda that he survived two assassinations in South Sudan, prompting him to flee into exile.

In September 2016, while in Uganda as a refugee, he declared that he had switched to Vice President Riek Machar’s side, and accused President Salva Kiir’s government of extrajudicial killings and other human rights abuses.

Brig. Gen. Wani claimed that in the same year, he started receiving threats. A group of unidentified South Sudanese visited a home he rented for his family in Nansana, Wakiso, searching for him. His daughter told police then that her mother lied to them that he was away.

In 2019, he claimed assassins had been sent to kill him at Kiryandongo Refugee Settlement Camp.

The Office of the Prime Minister in Uganda and United Nations agencies were informed about the allegations, which were investigated but no evidence was obtained.

In March, he traveled to Nansana to visit his children and stayed there until he was killed.

Mr. Moses Nsubuga, the area chairman, said the deceased’s daughter told him that the killers were armed with sharp objects.

“She said the killers spoke to her father in their dialect before they hacked him. She said they fled with a few items,” Mr. Nsubuga said. He said they tried to talk to the victim to find out whether he knew the attackers but in vain.

“He couldn’t talk. We took him to Namungoona hospital for treatment,” he said.

Brig. Gen. Wani was later referred to IHK at Namuwongo, where he succumbed to his injuries on Thursday.

In 2015, Wani was appointed Deputy Governor for Yei River State following the creation of the 32 states. However, in August 2016, he defected to the main opposition faction, the SPLM-IO led by Dr. Riek Machar accusing the government of gross human rights violations in areas around Central Equatoria State.

Nebil, Ethiopia’s Foreign Affairs ministry said, underscored Ethiopia’s unwavering commitment to the implementation of the South Sudan peace agreement and the overall peace and prosperity of the people of South Sudan.

He also emphasized the need to redouble efforts of the two nations to enhance their infrastructural linkage.

Highlighting Ethiopia’s ardent belief in fair and equitable use of transboundary natural resources, the ambassador pointed out that GERD is an African project and is purely aimed at nothing but lifting more than 65 million Ethiopians out of darkness and chronic poverty.

Ethiopia is keen to solve the differences with the lower riparian countries through negotiation within the existing African Union forum, Ambassador Nebil reiterated.With Regard to the border dispute between Ethiopia and Sudan, he expressed the country’s full commitment to solve the issue amicably based on the already existing agreements and mechanisms.

The ambassador commended the initiative extended by President Salva Kiir to mediate the dispute, noting that Ethiopia demands the restoration of the status quo ante before commencement of talks.

She said South Sudan is commitment to the peace, stability and prosperity of Ethiopia.

The minister further underscored Ethiopia’s pivotal role in the stability of the region and beyond, stressing that, “we can’t afford unstable Ethiopia,"

Teny also highlighted that the issue of Tigray is purely an internal agenda and there is no need for outside interference on the matter.

Regarding GERD, the minister stressed that all the riparian countries should have equal access to the Nile waters, given that it is a matter of right to use the waters for the benefit of the people.

She also emphasized the need to reach a common ground in the ongoing GERD negotiations through the existing African Union platforms, based on the principle of “African solutions to the African problems.” - Sudan Tribune