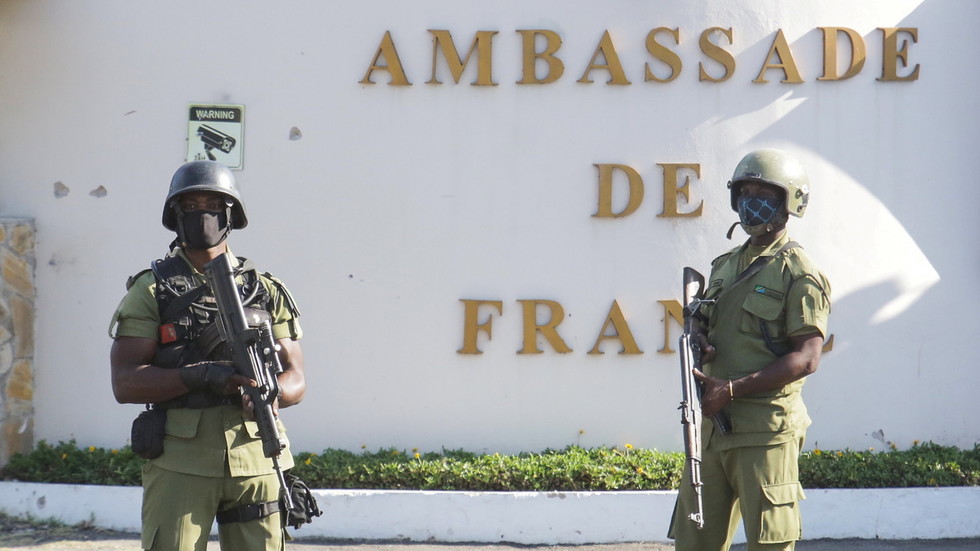 A gunman who killed three police officers and a security guard in the diplomatic quarter of Tanzania's Dar es Salaam last week was a terrorist radicalized through the internet, police investigating the shootings have said.

The attacker, identified by officials as Hamza Mohamed, went on a rampage on August 25. He killed three police officers and a private security guard before being shot by police. Six other people were also injured in the incident, which unfolded just outside the entrance to the French Embassy.

"Our investigations have revealed that Hamza Mohamed was a person who had a secret life with all indicators of terrorism," the director of criminal investigations, Camillus Wambura, told journalists on Thursday.

Wambura said Mohamed was one of the "type of terrorists who are ready to die for their religion," but did not identify any religion associated with the attacker. The gunman also communicated with "other people who live in countries with terrorism-related acts but mainly he was learning through radical social media pages," he added.

The director of criminal investigations also said that the assailant "spent much of his time" browsing the internet to "learn" about the terrorist attacks launched by Islamic State (IS, formerly ISIS) and Al-Shabaab, another terrorist group, active in East Africa and Yemen. A local group, which also bears the name Al-Shabaab, is active in Mozambique, which borders Tanzania.

Tanzania's Police Inspector-General Simon Sirro earlier suggested that the attack might be linked to the government's decision to send troops to neighboring Mozambique, where Islamist insurgents are fighting the army. - RT 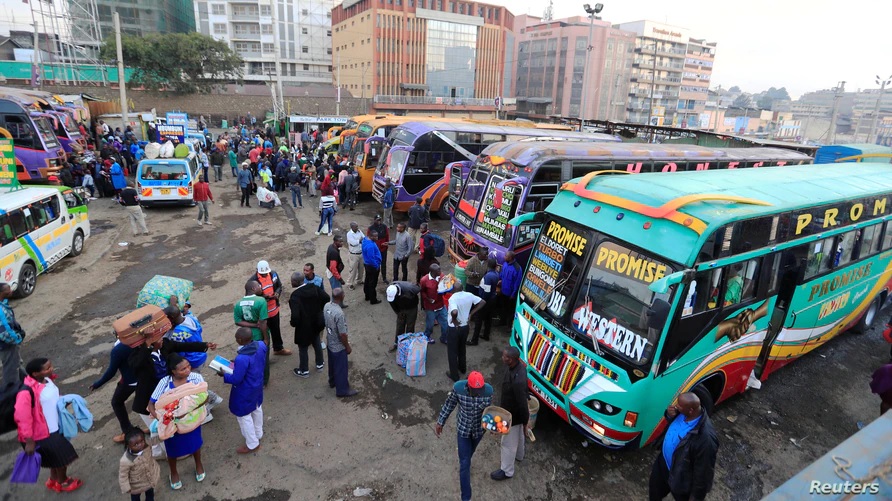 Passengers gather to board disinfected public transport buses as residents leave for the villages amid concerns over the spread of COVID-19 in downtown Nairobi, Kenya, March 25, 2020. Photo Reuters

NAIROBI - The United Nations Environment Program on Monday marked the official end of toxic leaded gasoline use in vehicles worldwide. A company in Nairobi, where the UNEP is headquartered, is working on the next step — converting all buses and utility vehicles to electric power by 2030.

Lucy Mugala goes about checking on the energy levels of battery modules lined neatly on a workshop table. Mugala is an engineer at Opibus, a privately owned four-year-old Nairobi company that converts cars and public transport vehicles to run on electricity.

“A lot has been done currently in terms of mitigating the effects of greenhouse gases in Kenya, but very little is being done in the electrical vehicle sector, and that is the gap we are trying to fill at Opibus. We are looking at maximizing impact by targeting the largest sector, which is the public transport sector, and with this, we will be able to step by step be able to achieve a low carbon economy in Kenya and in Africa at large,” said Mugala.

Douglas Agwata has been in the public transport industry for 15 years. On average, Agwata spends around $80 on fuel daily, a cost he’d like to see come down.

However, Agwata said that drivers like him may find it challenging to adapt to electric vehicles.

He said that converting the engines from gasoline to electric is quite costly and that one may also find that there is a scarcity of charging stations, and this may prove to be quite challenging.

Joshua Anampiu is the strategy and planning manager at the National Environment Trust Fund, or NETFUND, a state corporation that raises funds for sustainable environmental management in Kenya.

Anampiu said shifting toward clean energy requires investment from the government, but he argues that the investment will be worth it.

“No matter how costly it looks right now, we know in the long run it will be more effective towards preserving our environment, which is an existential threat right now if we do not take care of our environment. So, yes, there are areas we need to put up infrastructure. We need to change the entire mechanisms of the infrastructure, and this obviously is costly. And so, going forward, maybe invest now, put in a bit more cash, and then we’ll reap the benefits in the future,” he said.

The global end of leaded gasoline use has been lauded as a milestone by the United Nations Environment Program.

Jane Akumu is a program manager at UNEP. Akumu adds that a lot more needs to be done to ensure efficacy in abolishing the use of leaded gasoline.

“You know, we need a lot of awareness for people to be able to know why it’s important to have cleaner fuels or cleaner vehicles. Policymakers need to also come in, and especially ... standards bodies. It’s important for them to set regulations in place because the industry is pushed by regulation. What we’ve noticed is that in some of the countries where there’s no regulation, poor fuel quality, poor vehicle qualities, are imported,” said Akumu.

For Mugala and other clean energy champions, the challenge will be to reduce the costs of going electric and encourage consumers to go green. - Lenny Ruvaga, Voice of America 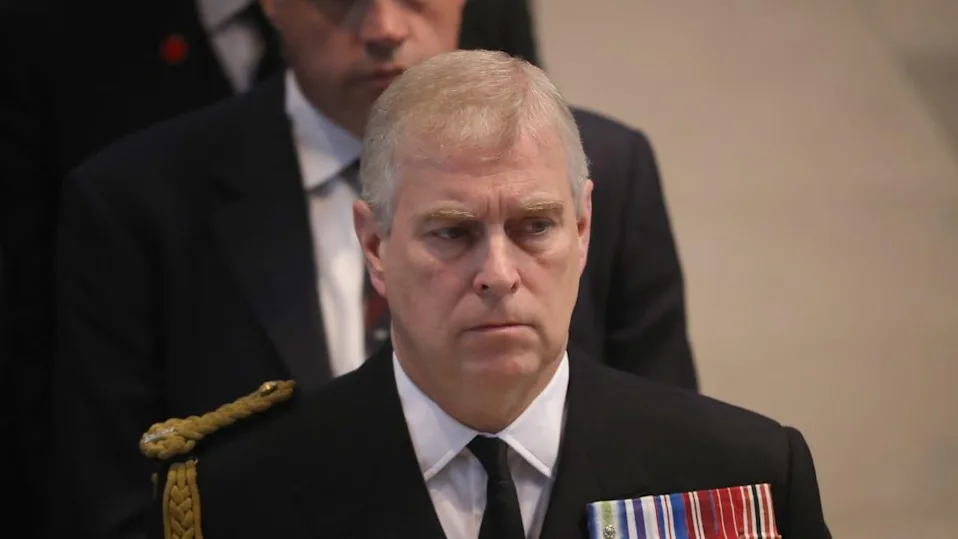 Prince Andrew has abandoned public life, given up trans-Atlantic travel, and spends much of his free time sheltering behind the high walls of various properties owned by his mother, the sovereign, as he attempts to evade scrutiny from U.S. authorities over his links to Jeffrey Epstein, and specific allegations that he raped, on three occasions, the then-17-year-old sex-trafficking victim Virginia Roberts.

For a man once so addicted to leaping on private and commercial jets at the drop of a hat that he was nicknamed “Airmiles Andy,” the shrinking of his world is likely to represent a humiliating and painful reality for Andrew.

It is not, of course, as humiliating as being dragged through the U.S. courts; avoiding that fate is believed to be the specific purpose of Andrew’s remarkably modest and discreet new lifestyle.

However, even on this limited front, it seems that Andrew is set for a long and drawn out war of attrition, with no sign that U.S. authorities have any intention of giving up on their battle to force him to answer questions, on the record and on their terms, as to what exactly he knew about the late financier and his retinue.

There was fresh pressure Monday on Britain to hand Prince Andrew over for questioning.

A U.S. government official told a reporter from British newspaper the Sun: “The U.S. and the U.K. have a close, productive, and resilient law-enforcement and mutual legal assistance relationship. We remain in close contact on many active cases on a daily basis and will continue to seek assistance in criminal matters as we provide similar assistance in return.”

Although the comment did not mention Andrew by name, the Sun made it clear that the response was given in the context of queries about the queen’s disgraced third child.

The comments clearly show the Department of Justice’s frustration that Andrew has refused to cooperate with them, despite pledging to do so in his notorious BBC interview in November 2019 and in various comments since then.

Prince Andrew Misled BBC When He Said He Didn’t Stay at Epstein’s Home in 2001: Report

Andrew has repeatedly claimed that he has offered to cooperate with the inquiry, however the U.S. Attorney’s Office for the Southern District of New York has previously told The Daily Beast that they want to talk to him, but have not been able to. 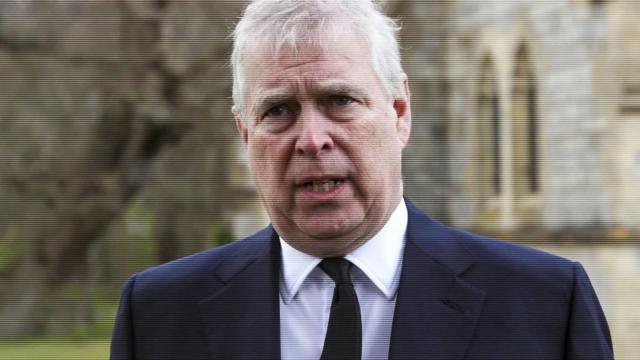 That office sought to pile pressure on Andrew this month by reporting that Andrew was a “person of interest” in the Epstein probe and was considered “at least” a witness.

Last year, it was reported that the DOJ had sent a formal document known as a mutual legal assistance request to Britain’s Home Office to try to force Andrew’s cooperation.

So far, Andrew has proved able to shrug off this and other various demands for him to cooperate, including the filing of a civil suit against him by Virginia Roberts Giuffre in which she accused him of raping her three times.

A key part of his strategy in recent weeks has been to hide out at various well-defended properties owned by his mother, the queen.

While serving papers on Prince Andrew in person is not a legal necessity, Giuffre’s attorney, David Boies, is suspected to be keen to create a visual narrative of a besieged Andrew.

Having spent time at Balmoral in Scotland earlier in the summer, Andrew, the Sun reported this weekend, is now hiding himself away at Royal Lodge in Windsor to avoid being served documents in the civil case against him, which alleges he raped Roberts Giuffre when she was 17.

The Sun said: “There’s no way he will risk poking his head outside right now. He will stay out of view.”

The Daily Beast exclusively revealed that British media organizations hoping to snap a picture of a disgraced Prince Andrew at Balmoral this month were warned off by the queen’s lawyers. The report stated that the palace was “believed by some journalists to be acting out of an abundance of caution for fear that Boies could stage [a serving of papers] spectacle to humiliate Andrew.”

Andrew is considered unlikely to respond to the civil suit. This could result in a default judgment being entered against him; however legal sources say any penalties would be very hard and likely impossible to enforce.

A spokesperson for Andrew declined to comment to The Daily Beast about the report. By Tom Sykes, Yahoo News