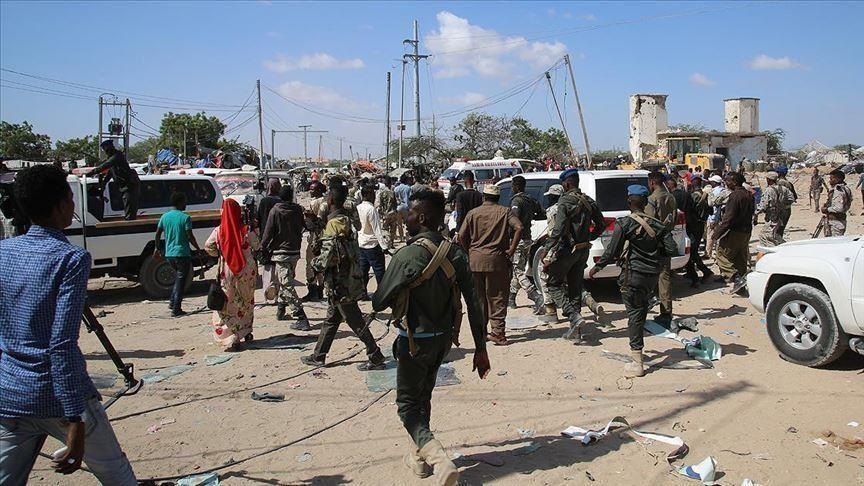 The UN mission in Somalia on Friday said it is "deeply concerned" by clashes between security guards of Somali opposition leaders and government forces in the capital Mogadishu.

"The @UN in #Somalia notes that the clashes in #Mogadishu underscore the urgent need for Federal Government and Federal Member State leaders to come together to reach political agreement on the implementation of the 17 September electoral model", the UN Assistance Mission in Somalia (UNSOM) said on Twitter.

Earlier on Friday, several people were killed and injured in a firefight between the government forces and security guards of opposition leaders near the presidential palace, a police official told Anadolu Agency on condition of anonymity due to restrictions on speaking to the media.

The opposition has called on President Mohamed Abdullahi Mohamed to step down, saying his constitutional mandate expired on Feb. 8.

However, the country’s parliament approved a resolution last December, allowing the president to remain in office until his successors are elected.

Local media reported that a hotel inside the airport was destroyed and at least three people were injured.

Several flights have been delayed following the incident.

The security forces have also closed major roads -- including Mogadishu's busiest Maka al-Mukarama Street -- preventing the protesters from reaching their planned venue of Daljirka Dahsoon, a memorial of the unknown soldier. AA 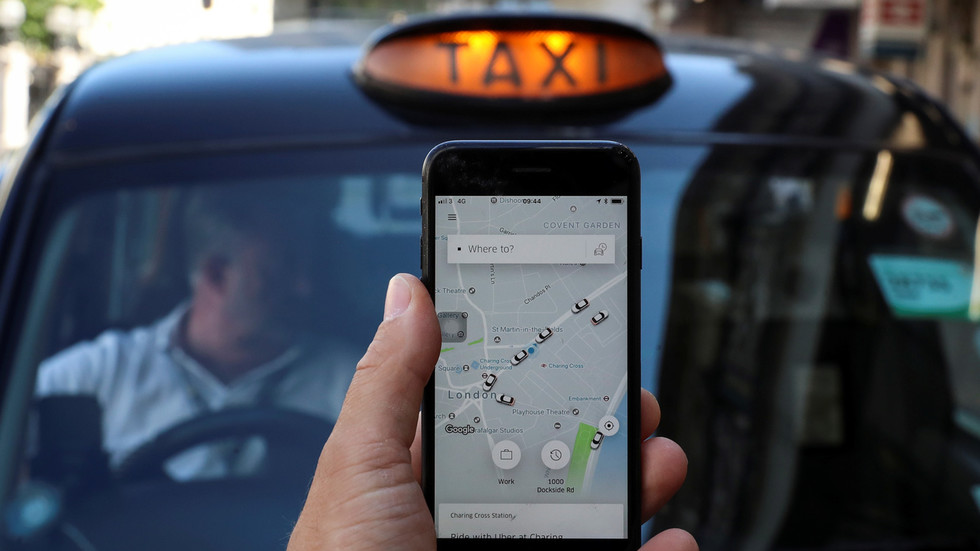 The UK’s Supreme Court has ruled that Uber must classify its drivers as employees rather than self-employed contractors, dealing a huge financial blow to the ride-hailing app and potentially rewriting the rules on the gig economy.

Although the decision will directly apply only to the 25 drivers who brought the claim against Uber, it sets an important precedent for how millions of so-called gig-economy workers are treated in the UK. There are 45,000 Uber drivers in London alone, with thousands more working for the company across Britain.
The UK’s GMB trade union has hailed the decision as historic.

The top court’s ruling effectively ends a five-year dispute and means Uber drivers are now classified as workers, and entitled to holiday pay and the minimum wage – currently £8.72 ($12.20) an hour.

Uber said on Friday that it will now start a nationwide consultation: “This process will seek the views of all active drivers to help us shape the future of flexible work.”

They won an employment tribunal against Uber in 2016, but the company appealed three times, the case finally reaching the Supreme Court and losing its final appeal.The case against the San Francisco-based ride-hailing app, which currently operates in some 900 cities worldwide, was initiated back in 2015 by two London drivers, Yaseen Aslam and James Farrar, with other drivers later joining them.

Lawyers who acted for the Uber drivers think tens of thousands of Uber drivers could be entitled to an average of £12,000 ($16,800) in lost-pay compensation, and say the ruling will have implications for other workers in the gig economy.

The Trade Union Congress estimates that there are 5 million working at least part-time in the UK in the gig economy. RT

Paul Rusesabagina arrives at a court in Kigali, Rwanda, on Feb. 17, 2021. Photo Xinhua

Rwanda's Supreme Court on Wednesday started a trial against Paul Rusesabagina for 13 charges including financing terrorism and forming armed groups.

Rusesabagina appeared before the court in Kigali alongside 20 other co-accused, including Callixte Nsabimana, the former commander of the National Liberation Force (NLF).

The 66-year-old during a pre-trial hearing had admitted to financing this group but denied involvement in the crimes it committed.

During his first trial, he questioned the jurisdiction of the Rwandan court over his Belgian citizenship and requested the court, through his lawyer, to send him back to Belgium to stand trial there, while the prosecution said the foreign citizenship is not immune from the trial in Rwanda's court as long as he committed crimes on the Rwandan territory and asked Rusesabagina to produce evidence that he legally renounced the Rwandan nationality.

Rusesabagina was made famous by the film "Hotel Rwanda," where he was portrayed to have saved over 1,000 ethnic victims during the 1994 Genocide against the Tutsi, which claimed over one million lives. However, survivors and experts disputed the authenticity of his actual role during the genocide.

Until his arrest, Rusesabagina had long been living overseas and was the subject of an international arrest warrant for alleged terrorism, arson, kidnap and murder, perpetrated against civilians on Rwandan territory.

Nsabimana in the court confessed that he and Rusesabagina launched the NLF together. The judge adjourned the case to February 26. - teleSUR 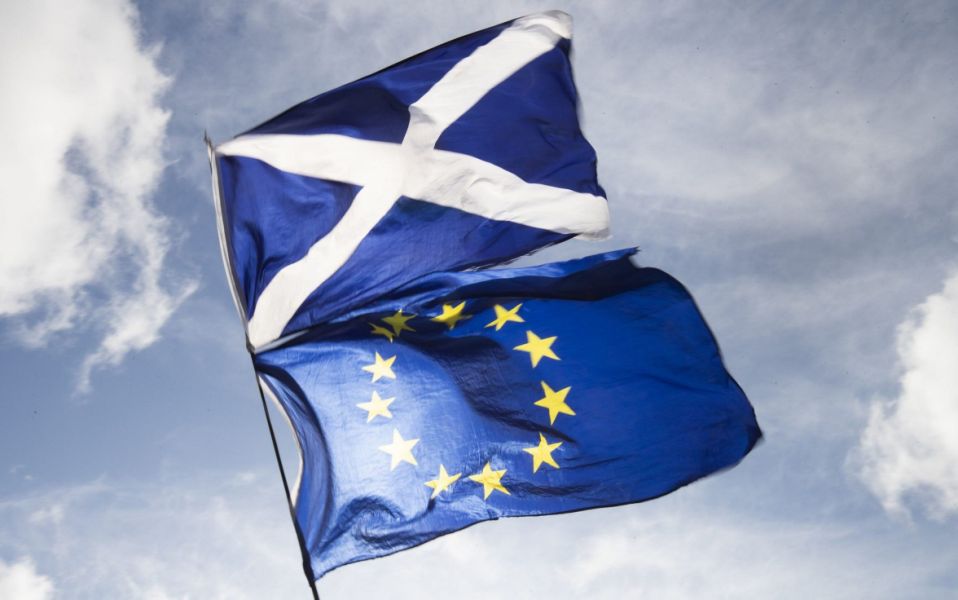 Nicola Sturgeon has ordered that the EU flag is flown from Scottish government buildings every day, despite Britain no longer being a member of the bloc.

Opponents of the First Minister said the demand showed her "obsession" with constitutional issues and "makes no sense" in light of Brexit.

The request was included in updated official guidance over which flags should be flown from buildings run by the Scottish government and its agencies.

While the Union Jack is to be flown on only one day a year –Remembrance Day – Ms Sturgeon "instructed that the European flag is flown from Scottish government buildings on a daily basis except for specific flag flying dates", the guidance says.

Dean Lockhart, the constitution spokesman for the Scottish Tories, said: "The UK has left the EU, so Nicola Sturgeon's personal decision to order the flying of the EU flag on Scottish government buildings makes no sense.

"It reconfirms the SNP's refusal to accept referendum results and their ongoing focus on constitutional issues at the expense of more important priorities. But we should not be surprised. Like all nationalists, Sturgeon is obsessed with flags."

Last year, the SNP narrowly won a vote to keep the EU flag flying outside the Scottish parliament despite fears that the move compromised the neutrality of the parliamentary estate.

A Scottish government spokesman said: "The EU flag is flown to reflect the overwhelming vote of the people of Scotland to remain in Europe, and as a mark of solidarity with the hundreds of thousands of EU citizens who continue to call Scotland home despite Brexit."

In the 2016 referendum, the Scottish public voted to remain in the EU by a margin of 62 to 38 per cent. By Dan Sanderson, Telegraph/Yahoo News 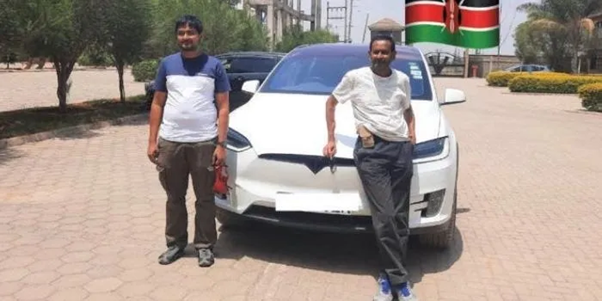