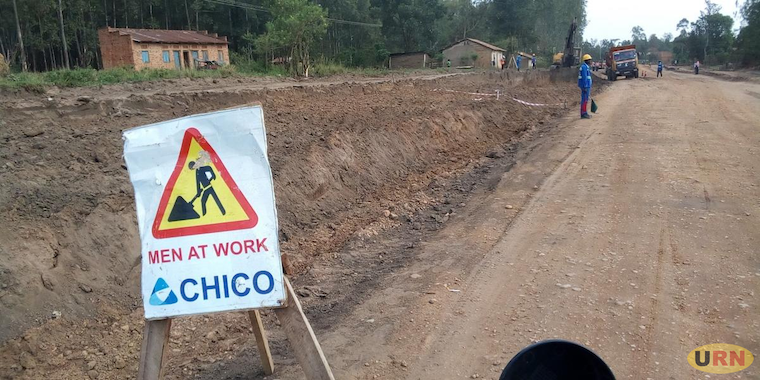 The contractors were arrested over alleged fuel theft. Photo URN

The suspects, who have only been identified as site the manager and supervisor are currently being held at Kihihi town police in Kanungu district. They were arrested after they were found seated near their trucks while a boda boda cyclist siphoned fuel.

Gad Ahimbisibwe Rugaju, the Kanungu deputy resident district commissioner, says that he found the boda boda rider siphoning fuel in a jerrycan from one of the trucks as the Chinese contractors simply looked on.

"This clearly shows that they were in the deal with the boda boda guy,” he said. According to Rugaju, when the suspected thief saw him, he took off and left his motorcycle and pipe he was using to syphon oil.

The management of CHICO has not yet commented about the arrest of their employees. - URN/The Observer 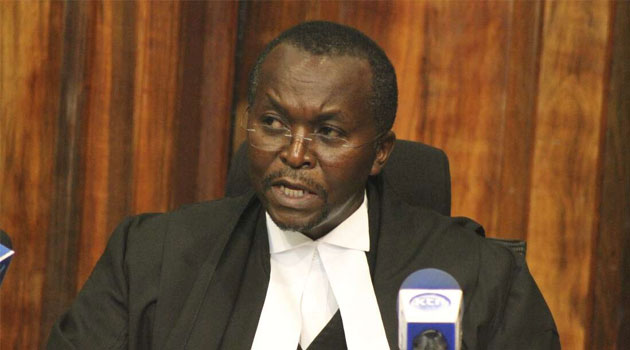 The Court of Appeal will issue a judgement on the much-publicized Building Bridges Initiative petition on August 20.

The seven-judge bench which concluded a four-day hearing on Friday, that witnessed lawyers from both sides mount spirited arguments, will take 49 day to ready the ruling after declining a request to give an early date.

Prof Githu Muigai,  representing the Independent Electoral and Boundaries Commission,  had pleaded with the court to give an early date citing strict election timelines amid concerns a referendum would no longer be tenable.

The appellants contested a Constitutional Court decision declaring the BBI constitutional review process sponsored by President Kenyatta and Odinga as null and void.

President Kenyatta who was among the appellant in the case in his final submission through lawyer Kimani Kiragu pleaded with the court to invalidate the High Court ruling that shot down the BBI process.

“At what point in time should the High Court have determined whether or not the President was acting within or outside the Constitution? In my humble submission, this should have been done at the onset and not the final judgement,” he stated.

Odinga through his lawyer James Orengo maintained that the BBI process is a popular initiative and asked the Court to allow the will of the people to reign.

“If the President can do these ordinary things including being a voter, I don’t see why he cannot be a promoter (of BBI). But we are not saying in this instance that he was the promoter,” Orengo said.

Paul Nyamodi, appearing for IEBC, noted that the Constitution can indeed be amended and asked the Court to dismiss the submissions that were made citing otherwise.

Prof. Githu Muigai termed the basic doctrinal as the challenge in installing Constitutionalism in the country .

“I have been in these corridors for over 3 decades. I have never seen a case like this. We don’t seem to agree on anything. Not what the facts were, not what the law is, not what the concepts are, not what the words mean, who the people are,” the former AG observed.

He faulted the argument by the Thirdway Alliance Party who stated that the BBI proposals were an attempt to enact the constitution afresh.

“If you ever want to know a weak lawyer, they start with, “The spirit of the constitution requires… why look at the spirit, while the Constitution speaks for itself?” he said.

Arbiter Isaac Aluochier told the Appellate Judges that his displeasure over what he termed President Uhuru Kenyatta’s contempt of court is the main reason for suing the President over his role in the Constitution amendment process.

He cited President Kenyatta’s speech during the Madaraka Day celebrations in Kisumu, where Aluochier said the President used the event to find the best way of attacking the Judiciary after stopping the High Court declared BBI process illegal.

“I was enjoying my quiet life of farming in Rongo. But when you see the country’s foundational law being mutilated, I had to come up and defend the Constitution … we are not paid by anyone, we are just Kenyans who love this country,” said the Arbiter

President Kenyatta ignited a war between the Executive and the Judiciary when he said that the recent judgment overturned the people’s will, diminished their power, and stifled efforts to fix ills that have bedeviled the country.

Aluochier added: “We just wanted to drive on one point, appellant Uhuru, as the President of this country, please obey the law. Stop disregarding this Katiba of ours, especially when you are the number one citizen of this country.”

“You took the oath to obey, respect, uphold, and defend this Constitution of Kenya. And you are not doing it. Instead, you are the one leading the process of amending and tearing apart this Katiba of ours, and these are the things that annoy me as a Kenyan.” Capital News

Marking the country's 59th Independence Day on Thursday, Burundi’s President Evariste Ndayishimiye said his country is moving forward on the path of reconciliation.

In a speech in the political capital Bujumbura, Ndayishimiye said respect of national territory, person, and national laws is key to rebuilding the country. "Burundians now want to take charge of their destiny by drawing useful lessons from their past," he said.

The country was embroiled in a political crisis that followed the previous election in 2015 when late President Pierre Nkurunziza sought a controversial third term in office. Since his election last year, Ndayishimiye has promised to listen to all voices and serve all the people.

Formerly administered under Ruanda-Urundi, the two countries in East Africa acquired their independence from Belgium on July 1, 1962.

In Rwanda, though a public holiday, there were no celebrations, with ceremonies expected to take place on July 4, the day it marks the 1994 liberation.

National celebrations took place in Bujumbura and the provinces, featuring colorful parades by security personnel and civilians from both state and private institutions.

During the official ceremony, Ndayishimiye awarded different personalities for their distinguished professional services and patriotism.

In attendance was Faustin A. Touadéra, the president of the Central African Republic, and other dignitaries from neighboring countries.

For the Burundian president, the presence of the Rwandan delegation led by the Prime Minister Edouard Ngirente was “a strong signal of a new beginning in relations between the two neighboring countries.”

The Burundian leader asked the international community to “stop supporting the country’s destabilizers” and instead help the nation in the rebuilding process.

Ndayishimiye, a retired army general, has promised his government would take measures to combat the spread of COVID-19, a policy shift from his late predecessor who downplayed the danger posed by coronavirus. But during the ceremonies, a majority of attendees had no face masks. - James Tasamba, Anadolu Agency 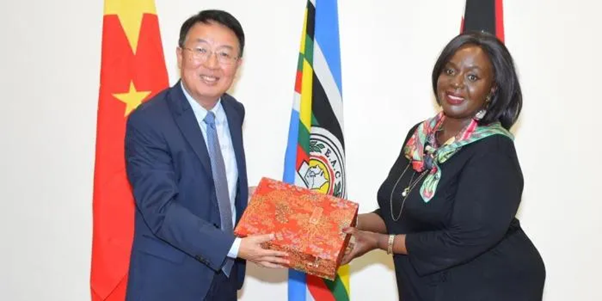 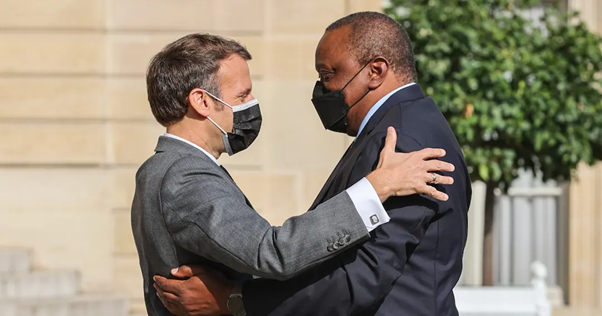 President Uhuru Kenyatta arrived in the Elysee Palace on Thursday, July 1, where he was received by his French counterpart Emmanuel Macron The two leaders held bilateral and multilateral talks with Uhuru giving the progress of the expansion of the 233-kilometre Rironi-Nakuru-Mau Summit Road Uhuru was accompanied by Cabinet Secretaries Raychelle Omamo, James Macharia and Kenya's envoy to France Judi Wakhungu

President Uhuru Kenyatta has been received by his French counterpart Emmanuel Macron after his arrival in the European nation for bilateral talks. Uhuru Kenyatta arrived in France on Thursday, July 1, for bilateral talks. Uhuru arrived in Elysee Palace on the morning of Thursday, July 1, months after his last visit to France where he signed a public-private partnership (PPP) agreement worth KSh 160 billion.

In a statement from state house, Uhuru and Macron discussed several bilateral and multilateral subjects of mutual interest to Kenya and France key among them the expansion of the 233-kilometre Rironi-Nakuru-Mau Summit Road whose construction is set to kick off in September 2021.

Uhuru's tour in 2020 In October 2020, Uhuru also toured France where he signed three bilateral agreements. Among the agreements reached is a public-private partnership (PPP) for the construction of the Nairobi-Nakuru-Mau Summit highway signed between KeNHA and Vinci Concessions.

The highway is one of the largest PPP projects in Eastern Africa. Others were agreements for the development of the Nairobi Central Business District (CBD) to Jomo Kenyatta International Airport (JKIA) commuter railway line and the 400KV Menengai-Rongai electricity transmission line.  By Racheal Nyaguthie Tuko