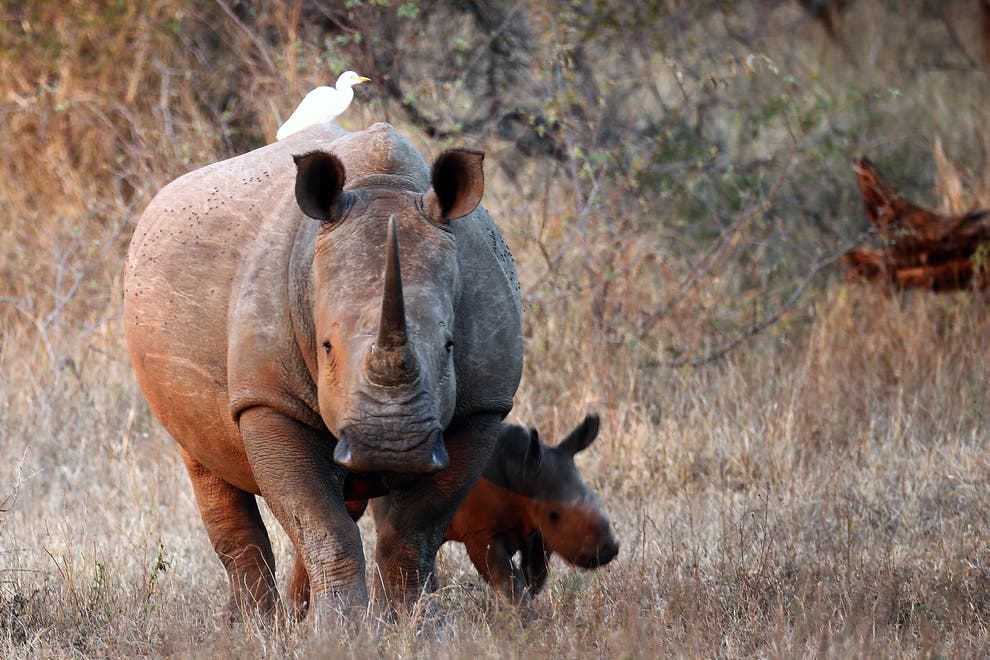 Prosecutors said that artwork, African masks and heroin were also allegedly trafficked by the men.

A Kenyan man accused in a multimillion-dollar operation to deal rhinoceros horns and ivory from elephant tusks, harming more than 100 endangered animals, arrived in New York Monday morning after being extradited to face charges of conspiracy to commit wildlife trafficking and other counts.

Mansur Mohamed Surur, who was arrested by Kenyan authorities in late July, is accused of being part of a crew that allegedly transported and smuggled 10 tons of elephant ivory (about £2.9 million worth) and more than 400 pounds of rhinoceros horn (about £2.5million worth) from animals in several countries in east Africa, according to an indictment charging Mr Surur and three others.

Mr Surur, 60, who was extradited Sunday, pleaded not guilty through an interpreter at his arraignment and was ordered detained.

Authorities said 100 elephants and 35 rhinoceroses were illegally poached over a seven-year period beginning in 2012. The illegal merchandise procured by Mr Surur and his co-defendants originated in countries such as Uganda, Guinea and Senegal and were sent to buyers in the United States and southeast Asia, according to prosecutors.

Artwork, including African masks, and heroin were also transported by the alleged traffickers, prosecutors said.

"The enterprise is allegedly responsible for the illegal slaughter of dozens of rhinos and more than 100 elephants, both endangered species," Acting US Attorney Audrey Strauss said in a statement.

Two of Mr Surur's co-defendants, Moazu Kromah and Amara Cherif, were previously arrested and extradited from Uganda and Senegal. Another defendant, Abdi Hussein Ahmed, is a fugitive.

Mr Surur, along with Mr Kromah and Mr Ahmed, allegedly interacted with a confidential source repeatedly to discuss potential ivory and horn deals. Law enforcement agents intercepted a package of rhinoceros horns sent to the source in 2018, items that were intended for a buyer believed to be in New York.

Mr Surur faces up to life in prison on the top count, conspiracy related to heroin trafficking.

The investigation was handled by the US Fish and Wildlife Service, the Drug Enforcement Administration and the US Attorney's Office for the Southern District of New York 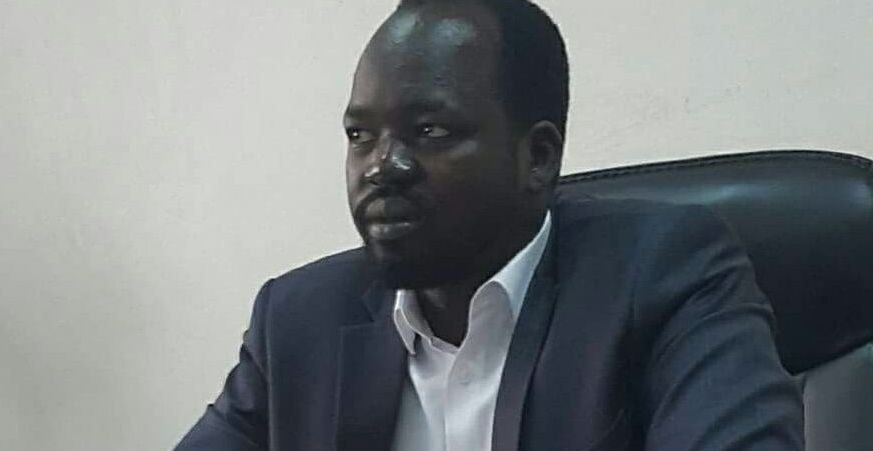 JUBA – A South Sudan lawmaker allied to the country’s Vice-president Taban Deng Gai has said the Transitional National Legislative Assembly (TNLA) formed in 2016 as part of a 2015 peace agreement is still legal and still have the legislative powers to function before its revitalization to include opposition lawmakers.

This comes after several members of the Revitalized Transitional Government of National Unity (R-TGONU) declined to appear before the TNLA following summon by the lawmakers. Last year, defense minister Angelina Teny refused to appear before lawmakers saying they don’t have legitimacy given the parliament has not been revitalized as part of a 2018 revitalized version of the 2015 peace agreement.

Last week, information minister Michael Makuei Lueth also declined to appear before the parliament also saying the lawmaking institution does not have any legal recognition since the peace deal has provided for its dissolution pending reconstitution.

However, MP Bor Gatwech Kuany, a member of the TNLA loyal to (former first vice president) vice president Taban Deng Gai says the revitalized peace agreement does not provide for the dissolution of the parliament, but for its extension arguing that because the current parliament is part of the upcoming parliament, it has legal recognition to exercise legislative activities.

“Article 1.14.2 stipulated that the TNLA shall be expanded to 550 members and then reconstituted according to power sharing ratios. There are three words that we need to consider in this article. First, the acronym TNLA is not connected with the word revitalized. Second, the agreement provides for only two things to happen with the current parliament (TNLA): expansion from 400 to 550 members and reconstitution.

“This means that, the current parliament doesn’t disappear. It get expanded and formed again. So whatever we have now at the moment, the law consider it as part of the next parliament according to this provision. 400 members of a parliament of 550 members can still take binding decisions, it is more than 2/3 majority. I therefore argue that the current parliament is legal and can therefore continue to function pending its expansion and reconstitution because the agreement doesn’t dissolve it entirely.”

He further accused unnamed members of President Salva Kiir’s cabinet of defiant to respect the legislature.

“The TNLA and CS [Council of States] that were reconstituted by the first agreement of 2015 remains in place. But some members of the executive that was rightly revitalized and came to existence without being vetted or approved by parliament remains selectively defiant to observe the authority of the current parliament alleging that it is illegal,” he said. - Sudans Post 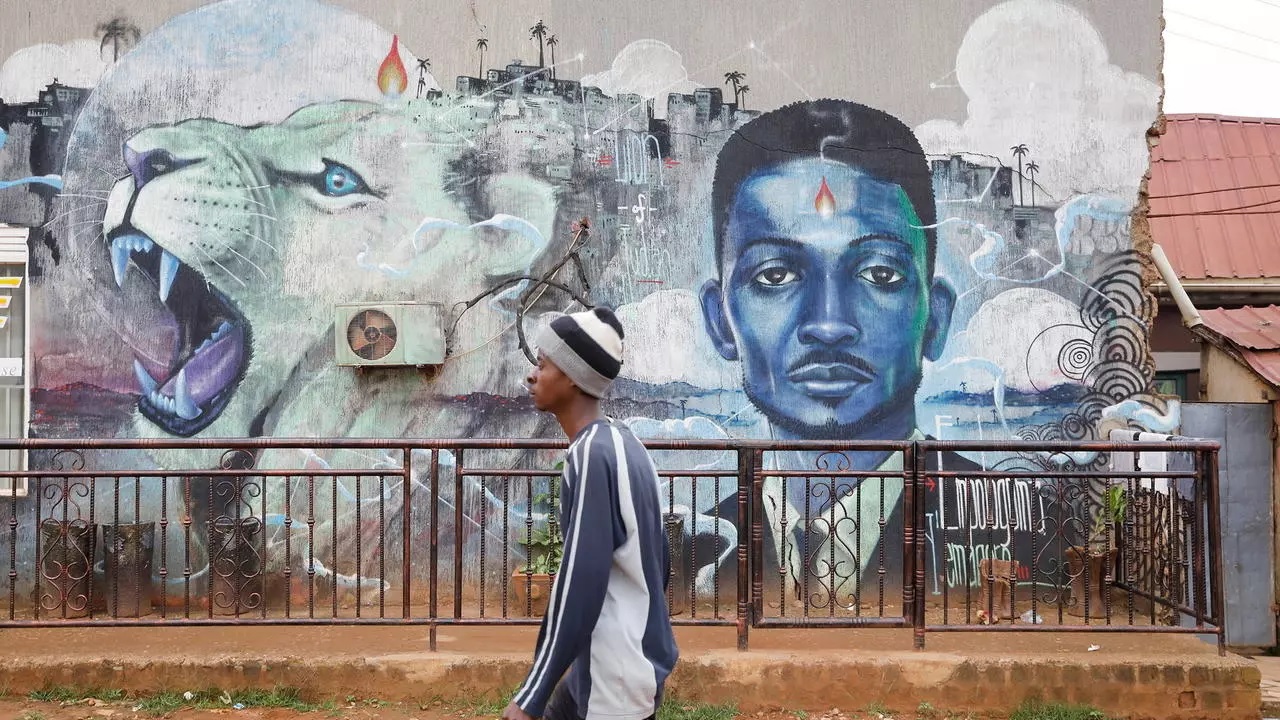 Hours later, his large compound in a leafy northern suburb of the capital Kampala remained blockaded.

"The military and police are still surrounding our home and indeed, they are still locking our gates and are not allowing anybody to move out, or anybody to come in," Wine told Reuters in a video message.

But foreign governments have become increasingly frustrated at his reluctance to cede power and crackdowns on opponents.

Wine, 38, has been besieged at home since voting in the Jan. 14 election where he rode a wave of youth disillusionment to challenge Museveni's 34-year rule.

The incumbent was declared winner with 59% of votes versus 35% for Wine, who had for years denounced corruption and nepotism in his songs. The oppposition rejected the result, alleging fraud which the government denies.

Uganda's military was aware of the ruling by High Court judge Michael Elubu and would comply, said military spokeswoman Brigadier Flavia Byekwaso, without specifying when.

Pressure has been mounting on the government, including from the United States and rights group Amnesty International which called Wine's incarceration arbitrary and politically motivated.

Last week, US ambassador Natalie E. Brown tried to visit Wine, drawing an accusation of meddling and subversion from the Ugandan government.

Wine is a hero to many young Ugandans who view former guerrilla leader Museveni as an out-of-touch autocrat repressing dissenters and failing to create jobs.

"The Ugandan government continues to use state security in a partisan manner to harass and intimidate its citizens, press, and political opposition," tweeted US House Majority Leader Steny Hoyer on Sunday. "Mr. Museveni's tactics towards those who advocate for an inclusive democracy is dangerous and must be addressed by the global community."

Museveni casts Wine as an upstart backed by foreign powers and says only his administration can guarantee political stability and economic progress. There was no immediate government comment on the court ruling about Wine. - Reuters/France24