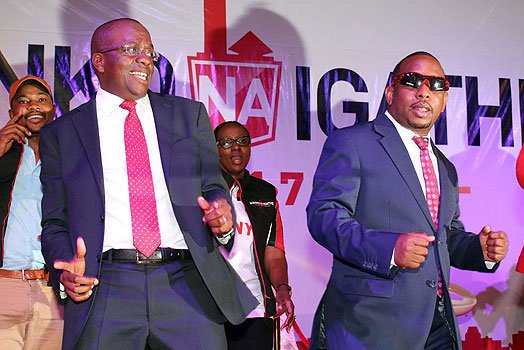 Former Nairobi Deputy Governor Polycarp Igathe has revealed that the late Chris Kirubi was the man behind the idea of him running with Mike Sonko for the Nairobi governorship post.

While addressing mourners during Kirubi’s requiem mass at Faith Evangelistic Ministry church in Karen on Friday, June 18, Igathe revealed that Kirubi wanted to create an enabling business environment in the city, with the idea.

“It was Kirubi who designed the Sonko-Igathe ticket. And we were very glad about that design even if the mission did not succeed as was intended,” Igathe said.

“It may be worthwhile to let you know how many things we did with Chris. When it was impossible to do business in Nairobi, it was Chris who came up with the idea to make sure Nairobi goes back to the national government politically,” Igathe added.

A businessman, Igathe also credited Kirubi for the skills and knowledge he has adding that they have been a blessing to him in his corporate life.

The Chief Commercial Officer in Equity Group Holdings further euologised the late business mogul as a mentor and coach who brought to the fore a generation of entrepreneurs and corporate leaders. 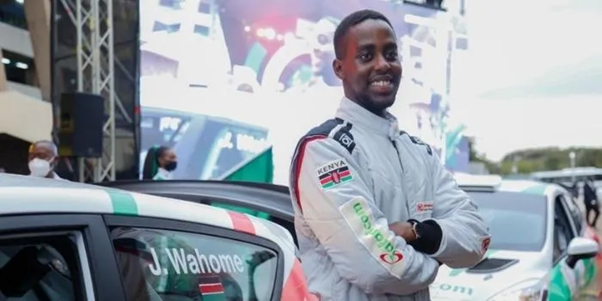 •The Astra Zeneca vaccine is made is several sites across Europe and also in India. The version made in India is called Covishield.

•The region has also adopted a digital certificate, which shows if one has been vaccinated against Covid-19, and has a negative test or has recently recovered. 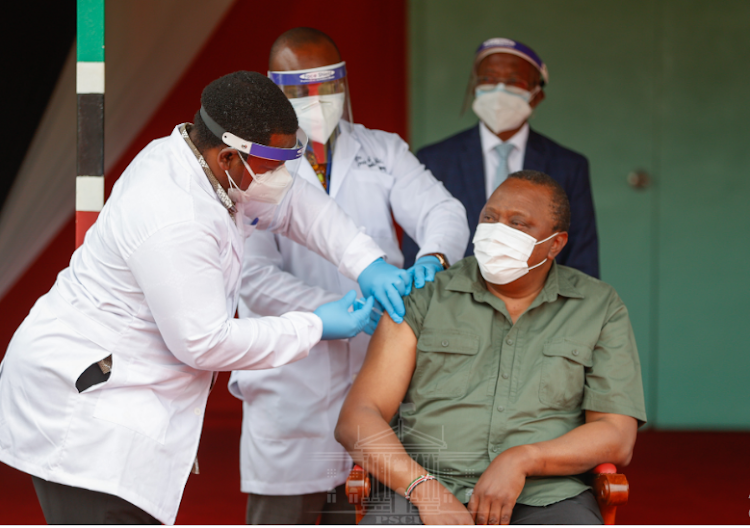 NOT YET: President Uhuru Kenyatta is vaccinated at State House, Nairobi, on March 26, 2021.
Image: Handout

Kenyans will have to wait longer to travel to the European Union when it reopens to foreigners on July 1.

The region has a list of "safe" countries from which to allow visitors on non-essential travel but Kenya is not included.

Also, all foreigners must have been immunised with a Covid-19 vaccine approved by the EU. However, the Covishield vaccine being used in Kenya is not among those approved in the EU.

Sputnik V, which was also taken by a few people, has not been approved.

An official at the EU offices in Nairobi said a decision on Covishield will be made in the coming weeks.

“The approvals for vaccines for use within the European Union are issued by the European Medicines Agency (EMA). We are aware that the Covishield vaccine produced in India has not yet received the EMA approval, but the EMA is currently examining it,” the official said.

AstraZeneca requested the approvals for the EU approved version several months ago, while the India version (Covishield) request came in much later, the official said.

The AstraZeneca vaccine is made in several sites across Europe and also in India. The version made in India is called Covishield.

“We cannot pre-empt the decision of the EMA, so there is no guarantee but the indications are that the outcome is likely to be positive for Covishield. A decision is due in the coming weeks,” he added.

The region has also adopted a digital certificate, which shows if one has been vaccinated against Covid-19, has a negative test or has recently recovered.

The EU members officially adopted the scheme on Monday after the presidents of the three main EU institutions – the parliament, the council, and the commission – signed the regulation.

It becomes effective on July 1 and will be in place for one year.

Under the plans, anyone from a safe country who has received minimum one dose of an EU-approved vaccine at least two weeks beforehand will be permitted entry.

The EU official told the Star that Kenyans who took the approved vaccines abroad would be allowed entry into the EU, but in addition they must present a negative PCR test taken 72 hours prior.

The requirements can vary for each EU country.

So far, the EU has approved four vaccines: Pfizer-BioNTech, Moderna, Oxford-Astra Zeneca (made in Europe) and Janssen/Johnson & Johnson.

According to the new guidelines, “safe” countries should have no more than 75 new Covid-19 cases per 100,000 people in the previous 14 days.

It also says the trend should be stable or decreasing and there should be a good number of tests in the country, and show a minimum percentage of negative tests. Variants of concern will also be taken into account. By John Muchangi, The Star 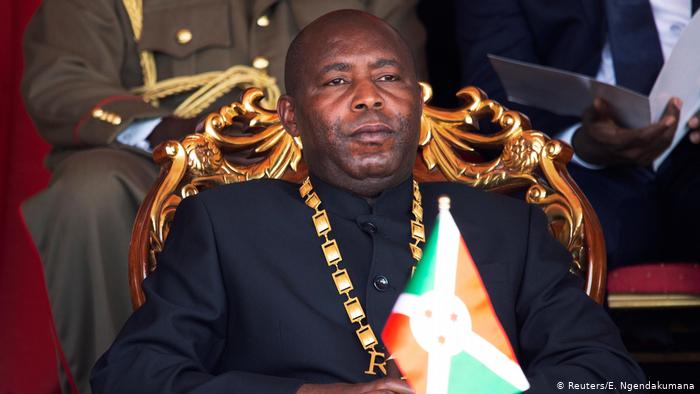 In Bujumbura, Burundi's economic capital, one quickly finds citizens willing to praise President Evariste Ndayishimiye's first year of a seven-year presidential term. He took over from ally and strongman leader Pierre Nkurunziza in mid-2020, after winning almost 70% of the vote in a national election.

When Nkurunziza died unexpectedly, which the government said was due to a heart attack, Burundi's courts accelerated Ndayishimiye's ascent to power.

"We have produced a lot of maize this year. We won't finish our stocks!" says a maize seller.

Graft is a talking point for one farmer at the market: "One of the main achievements is the eradication of corruption at the level of the district administration. Before, you had to pay bribes for services, but now you get services without problems. We're thankful," she says.

There certainly have been departures from ex-president Nkurunziza, despite the ruling National Council for the Defense of Democracy-Forces for the Defense of Democracy (CNDD-FDD) remaining in power. This worried observers, as senior leadership positions were filled by Nkurunziza allies facing international sanctions over human rights abuses. Ndayishimiye announced COVID-19 was Burundi's "worst enemy", and implemented measures to slow the spread of the virus after Nkurunziza had largely failed to take the pandemic seriously. Ndayishimiye also made clear he would fight corruption and ineptitude in government, and surprised many by including five women in his cabinet.

Broadly, the direction of Ndishimiye's polices have been praised. But for civil society leader Faustin Ndikumana of PARCEM (Speech and Actions for the Revival of Consciousness and the Evolution of Mentalities), implementation of the goals – economic recovery and good governance – lacks strategy:

"Even if you say that you have the ten-year National Development Plan, it's not enough. If you have a plan without strategies prepared at the level of ministries, there are still problems. It's the same case for the policy on corruption. There is no strategy on fighting it," Ndikumana told DW.

When Ndayishimiye took power after Nkurunziza's sudden death in mid-2020, Burundi had become isolated. Relations with northern neighbor Rwanda were particularly tense, because Nkurunziza's government had blamed President Paul Kagame's government for instigating an attempted coup to overthrow Nkurunziza in 2015, when he decided to remain in power longer than his mandated two-term limit.

Landlocked between the largely ungovernable eastern Democratic Republic of Congo, and regional power player Tanzania, Burundi may lack size and clout in the region. But its neighbors need it to be stable, says regional specialist and political analyst Goloba Mutebi.

"Almost with every episode of political instablilty, this usually spreads over into neighboring countries. Burundi generates a lot of refugees that tend to form armed groups to fight whoever is in power in Burundi. So in many ways they do drag their neighbors into their internal issues," he told DW.

For Mutebi, Burundi's strategic importance lies in its "ability to export destabilization to its neighbors."

Initially, Ndayishimiye seemed to hold his predecessor's foreign policy to Rwanda. But the isolation from the East African Community (EAC) and ithe world took its toll, with aid programs drying up and Burundi's economy stilting.

"It seems over time, that Ndayishimiye realised that was a losing strategy. Rwanda has always wanted to have good relations with Burundi, because in a way this guarantees Rwanda's own stability in the long term,"  says Mutebi.

Ndayishimiye attended the EAC summit earlier this year, something Nkurunziza had not done since 2015, and made overtures on state visits to Kenya in May. Burundian refugees hosted by Tanzania and Rwanda, many of whom fled after the fallout from 2015, have steadily returned. Diplomatic meetings between Rwandan and Burundian officials have resumed, with the aim of thawing relations between the two nations.

"Rwanda doesn't mind much who is in power in Burundi. What matters is the nature of that relationship. We shouldn't forget that before 2015, Rwanda and Burundi were quite close," adds Mutebi.

Burundi's relationship with the DRC and Tanzania is more complicated. In recent years, Tanzania has been either "a proactive supporter of the government in power, or as a mediator". Meanwhile, in the West, the unstable "DRC is influential in so far as it provides a vacuum from which other forces can destabilise the region as a whole," according to Mutebi.

But human rights remain a problem. While the government has lifted some restrictions imposed on the media and civil society, Human Rights Watch describes Burundi's regime as "repressive".

The government also has not done much to distance itself from Nkurunziza's shadow, at least in spirit. On the anniversary of his death, Nkurunziza was honored by the title of 'Supreme Guide of Patriotism in Burundi'. For human rights activist Juliette Nijembere, this is an insult to the Burundian people.

"I am angry to see my Burundian brothers and sisters honoring a tyrant by elevating him to the rank of supreme guide of Burundi. It is a mockery of all of us Burundians and a disrespect for human rights," she tells DW.

Marguerite Barankitse, founder of Shalom House, an NGO known for working with orphans and young victims of conflict, has lived in exile since 2015, and believes human rights violations are still a concern.

"The men in power are under sanctions from the International Criminal Court for crimes against humanity. So the situation has not improved at all, the system continues to kidnap people, continues to impoverish the population, continues to traffick people," she old DW. - Wendy Bashi and Apollinaire Niyirora, Deutsche Welle 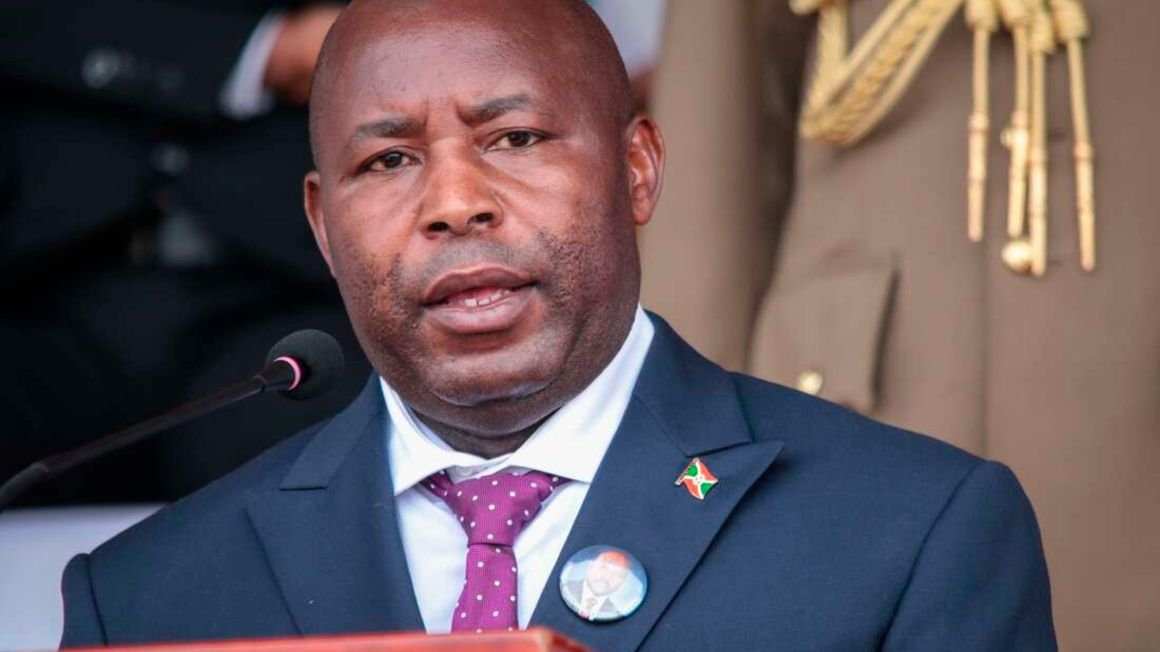 Burundi on Monday reopened its Kobero-Kabanga and Mugina borders with Tanzania, which were closed due to the Covid-19 outbreak.

“Quarantine for all travellers, and all mandatory quarantines countrywide now have been suspended but the travellers are expected to self-quarantine at their homes or a hotel of their choice for 24 hours waiting test results through their e-mails,” said Jean Baptiste Nzorironkankuze, the Permanent Secretary at the Ministry of Public Health.

“The border of Kobero and Mugina is now open for travellers and they will have to test for Covid-19 as well before continuing their travels,” he added.

Kobero is the busiest border for Burundi which many traders use as the central corridor to import or export goods to and from Tanzania’s Dar es Salaam port.

Burundi announced the closure of its maritime and land borders on January 11 this year after the country recorded its highest number of Covid-19 cases in 48 hours.

Early this year the government imposed more strict measures to curb the spread of Covid-19, which included mass testing, social distancing, and the closure of night clubs countrywide.

Burundi recently reopened its border with the Democratic Republic of Congo in Gatumba.

Since the first case was reported in the country, Burundi has recorded a total of 5,026 positive cases of coronavirus out of 339,919 people tested. Five cases detected in Burundi were returned to Tanzania for medical treatment.

Some 4,903 people have recovered from the virus, while the country has recorded eight deaths. - Moses Havyarimana, The EastAfrican