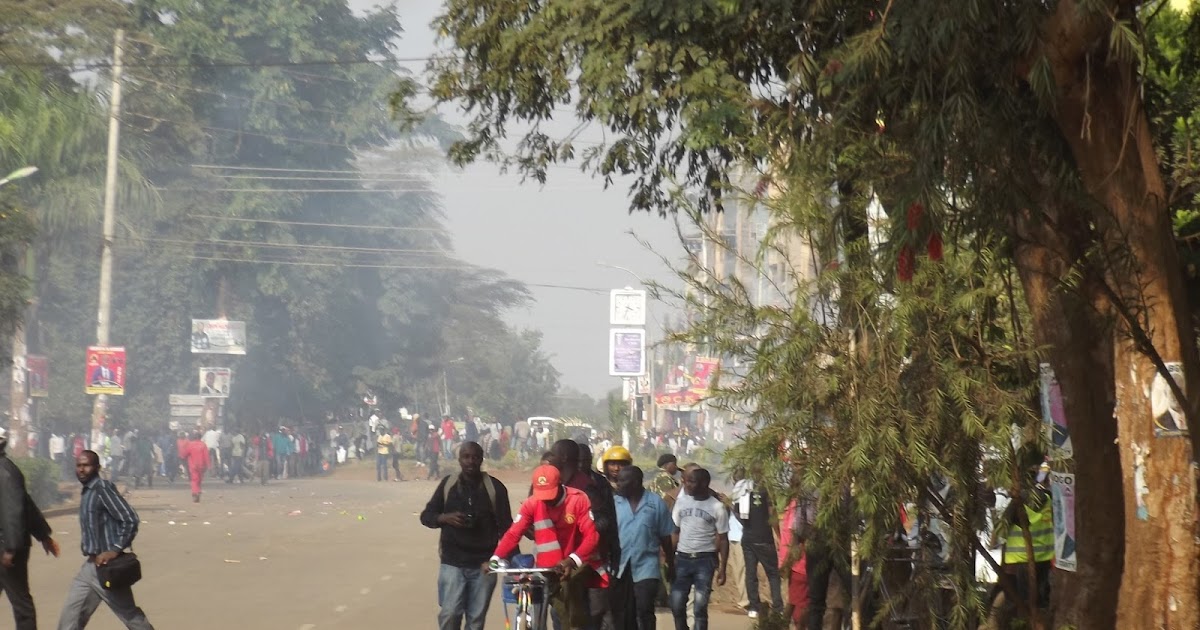 In a book tilted ‘A theory of justice’ Philosopher and the writer John Rawls argues that those who hold extreme views against the majority in any society should not be given public platforms.

What does this mean? You see, we live in societies where given the chance everyone would carry on doing what they wish to regardless of the consequences therein. It is human nature to pursue self-interests in most of the things people do.

However, modern societies are regulated by a framework which ensures all live together harmoniously. This framework reflects on justice and fairness. It reflects on freedoms we all enjoy. It reflects on rights which we hold as individuals. Without such legal framework, we shall live in anarchy.

The reason for this is that whatever they say threatens to tear the society apart. In essence, John argues that your rights stop where mine start. Hence, tolerance for each other remain the driving force for a peaceful co-existence by all members of any society.

Watching the current political trends in Kenya, I can say for sure the Kenyan public platforms have been taken over by politicians who wants power so desperately and to get it, they don’t care who gets hurt on the way, they simply want power by any means necessary.

Our politicians, across board never stop to engage in politics regardless of where they are. We see them in funerals where some even forget to condole the bereaved families and engage in their politics straightaway. We have seen them in Churches where campaigning for popular narratives seems to have been normalized.

These politicians keep the country on a political campaign mode throughout. Just imagine the impact of this on development and the economy of the country.

Well, In his novel, Chinua Achebe once wrote, “the centre cannot hold, things fall apart”. In the bible too, it is written, a house divided amongst itself cannot stand.

Without any shadow of doubt, Kenya is experiencing serious political divisions. At the national level, we have William Ruto’s Hustler movement and as well the BBI (Building Bridges Initiative) led by the President Uhuru Kenyatta and former PM Rt Hon Raila Odinga both going at it hammer and tongs.

We have seen politicians insulting their opponents and worst still paying goons to stone their opponents. The violence in Kenol in Muranga County in Kenya, the stoning of Raila’s convoy by supporters of Deputy President William Ruto at Githurai and the violence in Kisii where politicians clobbered each other during a funeral should awaken us to the great danger political intolerance poses.

We have also seen cars and buses been burned because of the hustler verses dynasties narrative. It is imperative that Kenyan leaders sober up, pose for a moment and for once know words have power.

Words can build. Words can tear. Words can ignite fire. Words can put off fire. Every word uttered matter. So Kenyan leaders, preach peace, learn to tolerate political differences and know that we only have one country which we intend to preserve. 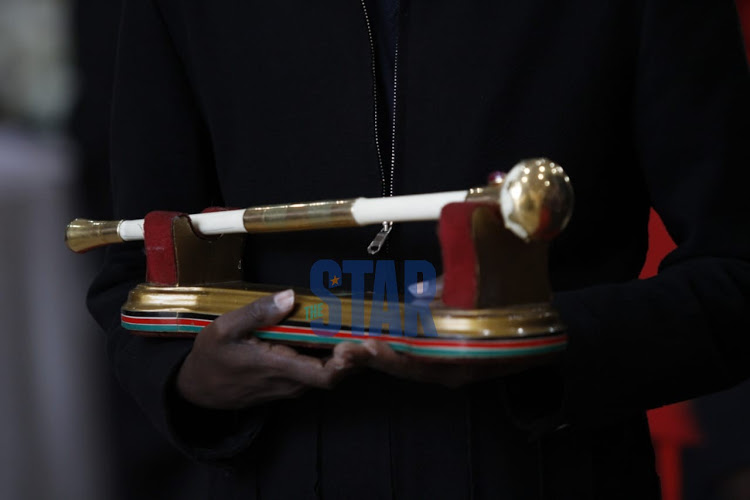 Kalonzo Musyoka, he of the watermelon monicker, is an interesting politician indeed! History bears him out as among the Nyayo era loyalists who would sing ‘Kanu juu’ to high heavens and prescribe tougher actions against those who were perceived to want to derail the Nyayo train.

That was until he realised that multiparty was a reality and jumped ship to the opposition, but not before he felt shortchanged by President Moi.

Twice, he snubbed Uhuru Kenyatta and William Ruto’s overtures to form a formidable team because he felt that his buttered side of the bread was in the opposition. This, despite playing shuttle diplomacy for the duo during the sunset years of President Kibaki’s rule.

But old habits die hard, or they don’t die at all? Since President Uhuru Kenyatta’s second term began, he has not been short of hatchet men and women, the unashamedly hypocritical and sycophantic fellows who only the space and political dispensation they operate in make them look a bit refined.

Those who witnessed the Kanu regime’s iron-fisted rule and how Nyayo made use of leaders with the finest of education, character and integrity to do his biddings, would remind us that none should wish for a return to such tendencies.

It ruined the country’s capacity and capital—human, financial and emotional—to the extent that nobody had a mind, capability of their own apart from that of the ruling class.

ODM was the first to take the role of defending the President with gusto. That role is however now ably handled by Wiper leader Kalonzo. He has baffled pundits by the way he has found his old Kanu voice, telling the President to crack the whip and expel rebels.

Musalia Mudavadi seems to have learnt from the 2013 debacle that preceded the UhuRuto presidency and is now more cautious while dealing with the powers that be. But Kenyans must resist attempts to go back to the ignominious past. 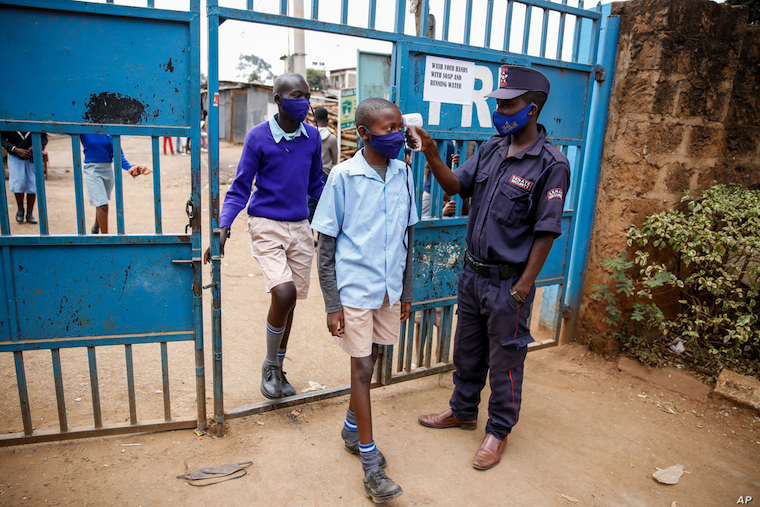 Kenyan students getting checked for coronavirus symptoms as they enter school. Photo AP

President Yoweri Museveni has given an all-clear to semi candidate students to resume school on March 1. In a televised address on Thursday, Museveni said students in primary six, senior three, senior five can resume school to complete the 2020 academic which will run up to end of July. The president also said universities and other tertiary institutions can resume on-campus classes albeit in a "staggered" manner with strong adherence to coronavirus standard operating procedures (SOPs).

The end of the academic year means that learners at different levels will now be moving to the next levels or classes on the ladder of education. In Uganda, the academic year usually runs from late January to early December with three terms covering about 260 days of curricula and co-curricular activities, assessment, and national examinations.

However, the 2020 academic year was interrupted by the Covid-19 pandemic which forced the government to close down all educational institutions in March 2020.

At that time of the closure, the idea was that learners could report back to school after 32 days. But, eleven months down the road, a few learners in candidate classes and higher education finalists have been able to resume teaching and learning activities.

Museveni said the returning students will study in a staggered system where different groups of learners will be reporting to school on different days as decided by the ministry or school authorities. He further argues that normal learning will possibly resume after a section of Ugandans have been vaccinated against the coronavirus.

On the fate of learners in other classes, the president says they will also return to school after candidates have finished sitting their examinations in April this year. He, however, advises that they will also learn based on a staggered system blended with long-distance education whose detailed planned will be worked out later by the ministry of Education.

Museveni also expressed disappointment with the MPs who frustrated the home-schooling programme which was supposed to be through radio and television broadcast lessons.

Museveni said it was a pity that some people interfered with radios for every homestead for students to continue with long distance learning. "I was busy campaigning, I didn't time to fight, it would have caused some little war. But God is there!"

Last year, parliament declined to approve Shs 336.8 billion that was requested to purchase 9 million radio sets. The MPs branded the plan as an unnecessary expenditure. It was also revealed that during an onsite visit of the purported radio assembly plant, the MPs found no radios with the authorities instead setting their sights on importing the radios.

In a related development Education minister Janet Museveni said learners in nursery and pre-primary school will not resume school until when the coronavirus pandemic is over.

Ms Museveni said learners in those classes can hardly adhere to the coronavirus standard operating procedures and might end up contracting the virus and spreading it to their parents. The coronavirus disease generally doesn't affect young children but they too can get infected and are also capable of spreading it to the much more vulnerable older persons. - URN/The Observer