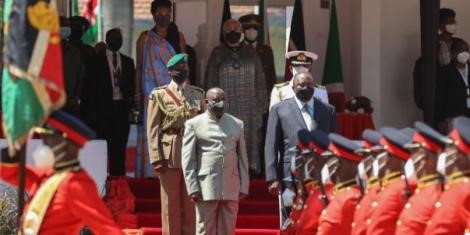 President Uhuru Kenyatta (standing) and President of The Republic of Burundi Evariste Ndayishimiye in Kisumu on May 31, 2021.
PSCU 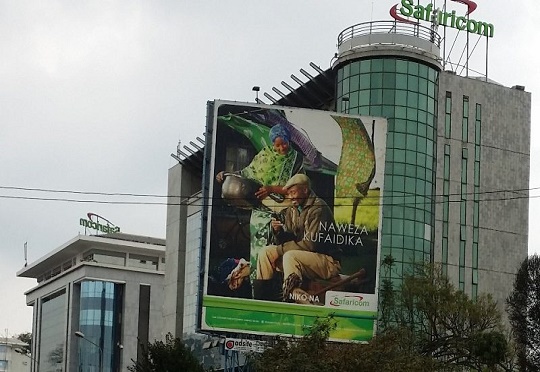 Kenya's leading telco Safaricom has unveiled a new data campaign that will see customers enjoy free data every day for the next 90 days.

Safaricom says the data will be customized to the customer’s usage profiles and they can redeem the free internet offers by dialling *544#.

The campaign according to Safaricom seeks to empower more customers to take their offline passions online as part of the country’s digital transformation agenda. According to data from the Communications Authority, the country has 25 million mobile broadband connections meaning about 60% of mobile phone users barely use the internet.

“Smartphones and the internet have become critical in our day to day lives, empowering us in different ways by connecting us to more opportunities. The 90-day free data campaign seeks to ensure that no customer is left behind by ensuring that all our customers can now access the internet, even at no cost,” said Peter Ndegwa, CEO, Safaricom.

Growing demand for data has seen Safaricom roll out campaigns such as ‘Browse Bila Waas’ that rewarded subscribers with free 500MB daily bonus data with every purchase of personalised no-expiry data bundle.

Safaricom has also partnered with Google to enable its customers to acquire quality 4G devices on flexible payment plans. Customers can purchase the Neon Ray Pro at a deposit of KES 500 with the balance payable at KES 20 per day over nine months. Every purchase of the device comes with free 1 GB of data. www.safaricom.co.ke 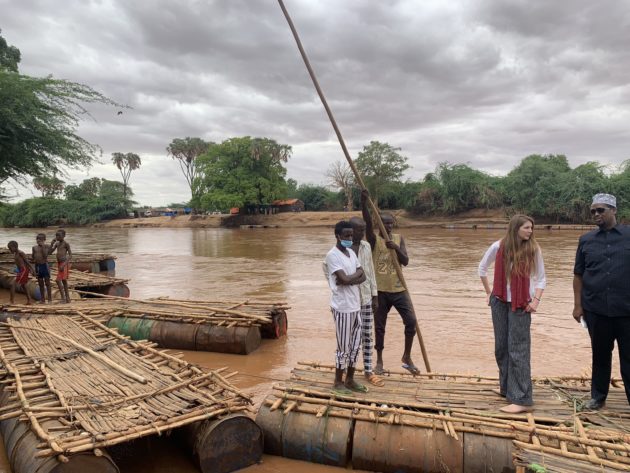 The British and Kenyan Governments have launched an urban economic plan in North Eastern region which is aimed at providing jobs and livelihood opportunities for young people vulnerable to violent extremism.

The Sustainable Urban Economic (SUED) Programme was launched Tuesday during a visit to Mandera by UK’s High Commissioner Jane Mariott.

During the visit, Mariott noted that the new program is part of the UK’s joint North East Taskforce, working with the Government of Kenya to tackle the drivers of instability in the region that borders Somalia.

High unemployment rates among young people have been cited by the United Nations among the key drivers pushing them to join militant groups.

“Through our North East Taskforce, we are supporting long-term stability and development, tackling the drivers of instability as well as the symptoms,” she said.

Being her third visit to the region, Mariott reaffirmed the UK’s commitment to the long-term stability and development of the Somalia neighboring counties.

“I’ve seen today, how economic development is key to building security and stability in Mandera County and the North East region. I’ve also been able to meet with teachers and health workers who work tirelessly on Kenya-UK projects to educate future generations and provide quality care,” she said.

As part of her visit, Marriott toured several UK-supported projects in the town, including the Mandera County Hospital and Mandera Secondary School.

On his part, Wamalwa said he was “privileged to launch the Programme which we will be undertaken in collaboration with the UK government.” Capital News

Juba, May 27 (Prensa Latina) President of South Sudan Salva Kiir addressed here concerns over the lack of willingness to implement the revitalized peace agreement, which ended the war, sudanspost.com reported on Thursday.
During the opening session of a workshop on the process of drafting of a permanent Constitution, the president said that the agreement for the detente is very complicated and hard to implement, and commented that it was not devised by the mediators to be applied.

According to Kiir, there is growing international impatience due to the slow implementation of the plan, and the parties are only making progress in the first chapter of the agreement, a section focused on governance issues and power distribution.

The president described the implementation of the document's contents as very complicated and difficult, and its key provisions, such as the formation of unified armed forces, have not been enforced and, in this regard, he indicated there are not enough arsenals for this integration due to a UN embargo.

Western countries believe that this country has enough weapons to form these troops and does not need more.

The head of State added that the Revitalized Agreement on the Resolution of the Conflict in South Sudan is very complicated and difficult to implement.

Its implementation requires that they resolve routine problems along the way.

The president also regretted that the country's partners are misunderstanding the delay and considering it a lack of political willingness to comply with what was agreed with the rivals of the armed conflict (2013-2018).

The South Sudanese peace agreement was signed in 2018 by the government and the armed opposition, but it regained momentum in 2020 in order to achieve all its aspects on schedule. - Prensa Latina
rly/aph/mem/mt 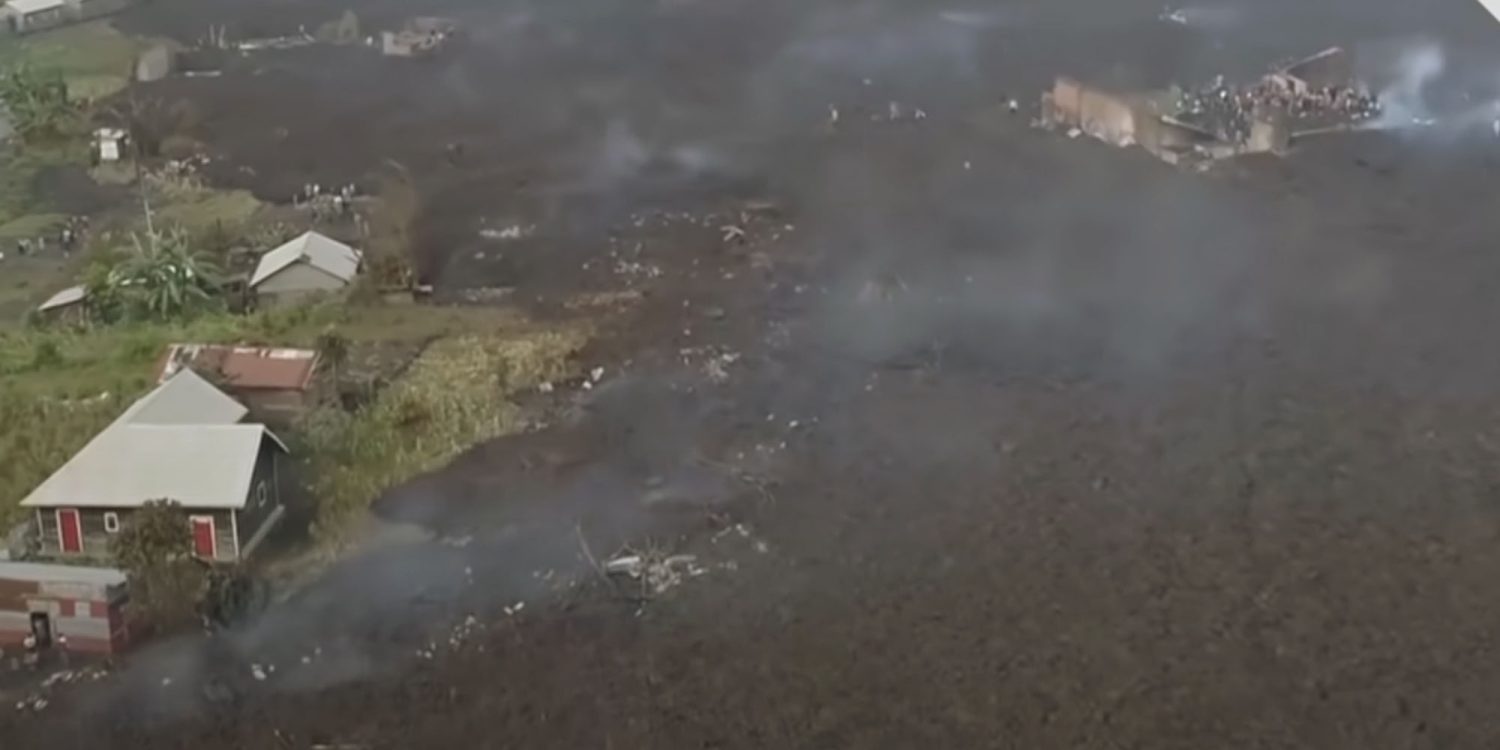 With little warning, Mount Nyiragongo erupted in the Democratic Republic of Congo on the weekend and torrents of lava spilled into villages. Drones show the chaos of the African eruption.

At least 32 people died and more than 500 houses were flattened by the cascading lava. More than a dozen people died in car accidents while trying to escape the chaos. Others died days later from inhaling toxic gas while walking across the cooling lava, according to Celestin Kasereka Mahinda, the scientific director of the Volcanic Observatory of Goma.

Despite the danger, the drone video clearly shows people continuing to explore the field. The lava stopped short of the city’s built-up area, but aftershocks still rattle Goma.

Scientists at the volcano observatory couldn’t adequately warn the public of the eruption because of a funding cut, Mahinda told the Associated Press.

Drones show the chaos of the African eruption

When the volcano last exploded in 2002, 250 people died and thousands lost their homes. This time residents quickly fled toward the Rwandan border and many families were separated. Desperate parents continue the search for their children, and at least 100 children are still missing.

“We managed to find about 530 children who were separated from their families and fortunately we have been able to facilitate reunification of 360 children back with their parents,” the Unicef chief field officer in Goma, Jean Metenier, told the BBC.

Drones show how very different volcanic eruptions can be. The spectacular eruptions of lava at the Geldingadalir, Iceland, volcano look nothing like the Congolese rubble. And the Soufriere volcano that covered Caribbean islands in ash looks like a different kind of disaster entirely. Drone DJ