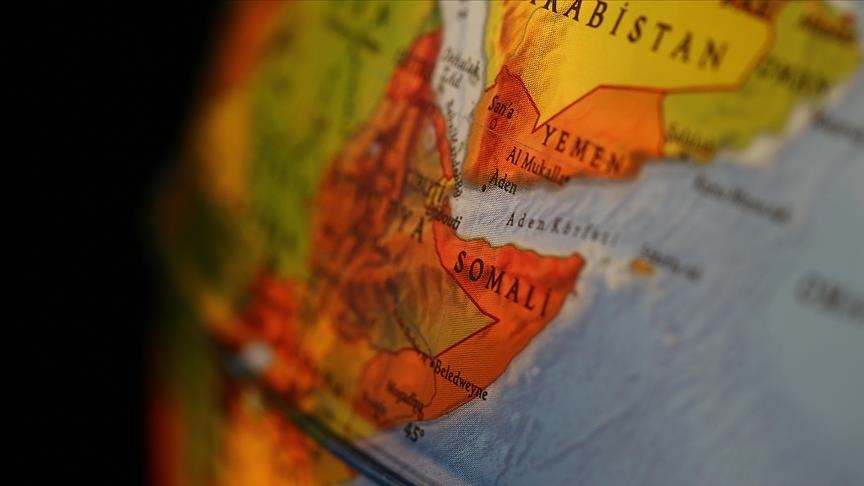 The Somali National Army (SNA) claimed that it killed more than 50 al-Shabaab members, including two senior commanders, in an operation in the lower Shabelle region.

The military operation against the Somali-based al-Qaeda affiliated terror group took place in Mushaani, Daniga, and Majabta, according to Somali military radio.

Military officials in the region who spoke to Anadolu Agency confirmed the operation.

He said al-Shabaab training camps in villages were also destroyed.

At least 20 al-Shabaab terrorists were killed Thursday in a military operation in the region. Anadolu Agency 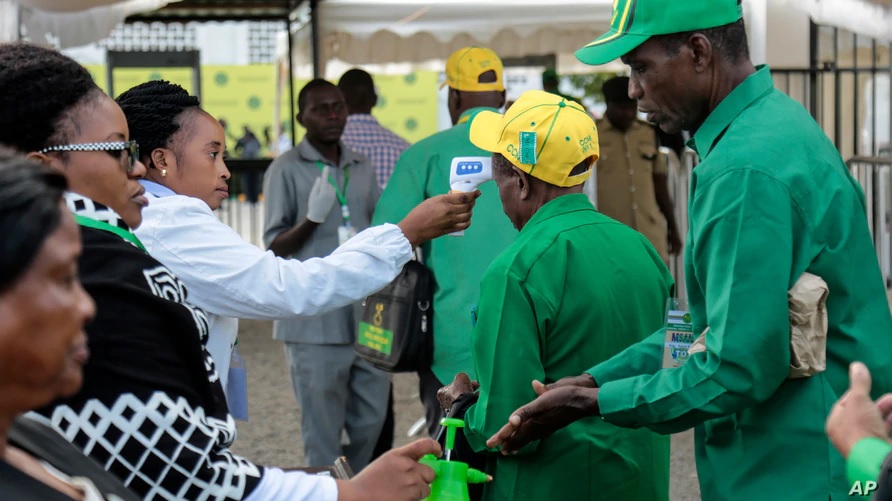 Party members have their temperature checked and sanitize their hands as a precaution against the coronavirus at the national congress of the ruling Chama cha Mapinduzi (CCM) party in Dodoma, Tanzania, July 11, 2020. Photo AP

DODOMA, TANZANIA - Tanzania’s government insists there are no cases of COVID-19 in the country, but residents and doctors point to a growing number of illnesses and deaths. Opposition politicians say the government’s stance is endangering lives.

Nasa Kiwanga visits the grave of his daughter, Tully, who died earlier this month.

Tully passed away in a hospital in Dodoma, Tanzania’s capital, one week after falling sick.

Doctors told her family she died of pneumonia, but Tully’s father Nasa Kiwanga believes his daughter died of COVID-19.

What sent his daughter to the hospital, he said, was that she started having breathing difficulties when at home. After that, she was sent to the hospital on Saturday morning. Kiwanga said she lived for only two days with oxygen support, adding that, when the oxygen finished at the hospital, the life of my daughter ended there.

According to a doctor who asked not to be identified, Kiwanga is correct – his daughter died of COVID-19.

Since the start of the COVID-19 pandemic a year ago, Tanzania’s government has refused to admit the presence of the coronavirus in the country.

Instead, the country’s president John Magufuli has portrayed the pandemic as an economic opportunity.

This is our time as Tanzanians, as there is no COVID-19, Magufuli said. He added that Tanzanians should use the opportunity to grow many crops so that for countries that will experience famine, we will set the prices of the products and sell to them.

The government has not released any figures on coronavirus cases or deaths, making it impossible to gauge the true extent of the virus in Tanzania.

But a few weeks ago, the U.S. Embassy in Tanzania warned that COVID-19 cases have risen considerably in the country since January.

Meanwhile, Tanzanian opposition politicians, such as James Mbatia, the chairman of the National Convention for Construction and Reform are criticizing the government’s position on COVID-19.

Tanzania’s health ministry has touted the use of traditional medicine in the fight against COVID-19 and other diseases. The ministry also backs the president’s recent dismissal of COVID-19 vaccines.

“For now, the government has no plans to receive the COVID vaccine being distributed in other countries,” she said.

Gwajima emphasizes that it should be known that the government, through the Ministry of Health, has its procedures to follow when you receive any health product. And this is done when the government is satisfied with the product, she added.

Meanwhile, Nasa Kiwanga and his family are collecting his daughter’s belongings, as they prepare to leave Dodoma for his home in the southern highlands of Tanzania.

Kiwanga said he worries about those who might suffer the same fate as his daughter, victims of COVID-19 that no one is allowed to admit. - Charles Kombe, Voice of America 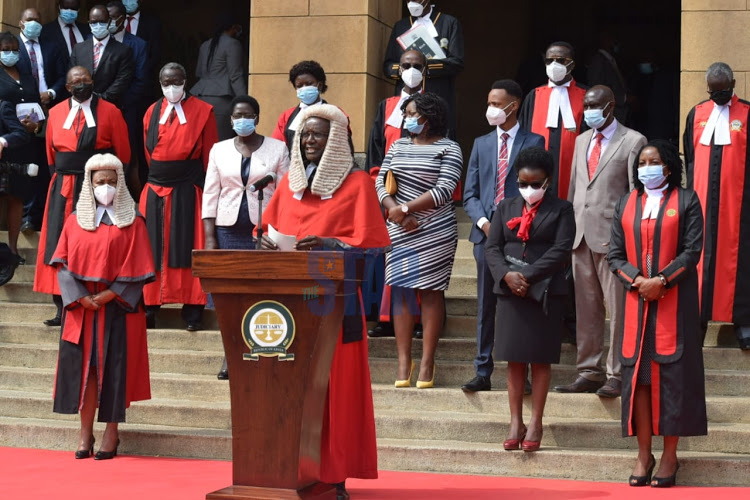 Supreme Court judges have kept off the race to replace former Chief Justice David Maraga. According to a list of applicants released by the Judicial Service Commission, none of the judges including acting Chief Justice Philomena Mwilu applied for the job.

On January 20, the JSC advertised the positions of the Chief Justice and the Judge of the Supreme Court.

It received (13) applications for the position of the Chief Justice:

There are nine applications for the position of the Judge of the Supreme Court: