Royal expert Jennie Bond has exclusively told OK! that Prince Harry and Meghan Markle accepting the Ripple of Hope award is a "rude and hurtful dig" at the Royal Family.

The royal couple, who are to be honoured with the prestigious human rights award next month, are being handed the honour for standing up against "structural racism" in the Royal Family.

But Jennie has now criticised them for accepting the award, exclusively telling OK! that it's "another dig" at the institution.

"Meghan and Harry receiving this award makes me feel quite queasy, actually. I think that accepting this award by definition accuses the Royal Family of racism yet again - structural racism this time."

"It's another dig at the family, the Queen and now The King, a head of a Commonwealth of Nations where the huge majority are people of colour, have, like a lot of firms, had to address the structure of the institution, and they are working hard on improving diversity.

"Yes, there is always room for improvement, and they're aware of that. So, I don't get Meghan and Harry's behaviour at all."

She continued: "They welcomed Meghan, who has dual heritage, into the family. They welcomed her mother, Doria, and showed her the utmost courtesy at the wedding and in photographs alongside the Queen and Archie." 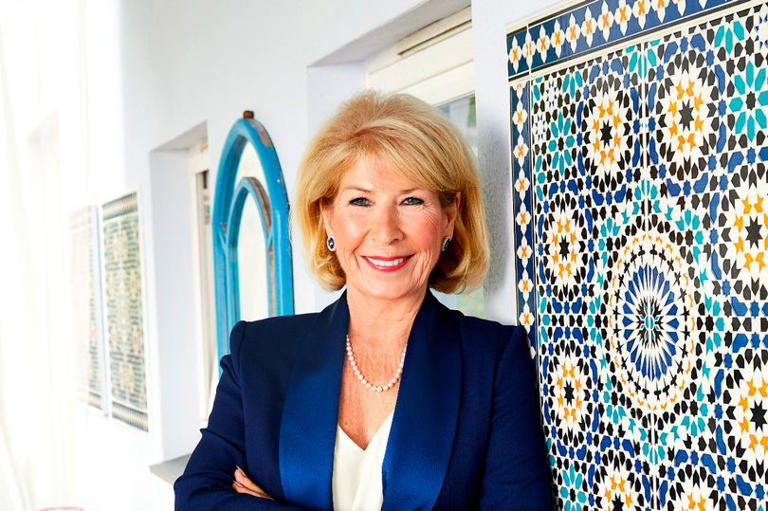 Jennie Bond thinks the pair accepting the award is a© OK!/Lorna Roach/Photo Courtesy

"So, I just think that accepting this award is another open declaration that they believe Meghan was treated in a racist way."

"It's really hurtful and a very rude presumption. I don't believe there is structured racism in the Royal Family. This very public accusation is a huge kick in the teeth for them again."

She added: "It's very brazen of them to have accepted the award. I understand that there are limited options of what you can do after being presented with an honorary award . Should they have refused it? Or say it's not appropriate? It's hard to say, but overall, it's a really sad situation."

Harry and Meghan stepped down from their royal duties back in March 2020, shortly before a tell-all interview with Oprah Winfrey.

They will accept their award at a gala organised by the the Robert F. Kennedy Human Rights foundation, which honours "exemplary leaders" who have shown "an unwavering commitment" to social change.

Previous winners of the Ripple of Hope award include former US presidents Barack Obama and Bill Clinton, as well as Hillary Clinton and Al Gore.

Ukrainian president Volodymyr Zelensky is also set to be honoured at the event next month. By Kirstie Sutherland & Rhianna Benson, Microsoft Start