Therese Coffey was promoted to Deputy Prime Minister on Tuesday night as part of the most diverse Cabinet ever assembled.

Liz Truss also appointed her Health Secretary, and she vowed to get to work straight away to tackle her four top priorities to turn around the NHS.

For the first time in history, none of the Great Offices of State - Prime Minister, Chancellor, Home Secretary and Foreign Secretary - is held by a white man.

She appointed her key ally Kwasi Kwarteng - who has Ghanaian heritage - to the Treasury, tasked with delivering tax cuts and coming up with ways to help families deal with the energy crisis.

James Cleverly, whose mother is from Sierra Leone, was made Foreign Secretary and Suella Braverman - whose parents are of Indian origin - became Home Secretary.

Ms Coffey’s promotion from Work and Pensions Secretary to the position of Deputy Prime Minister - a post vacated by the sacked Dominic Raab - comes as thanks for her role in helping run Liz Truss’s campaign to be Conservative leader.

As Deputy Prime Minister - a position in the past filled by such figures as Michael Heseltine, John Prescott and Nick Clegg - she is also expected to stand in for Ms Truss at Prime Minister’s Questions.

On Tuesday night she held meetings with senior officials at the Department of Health to lay out her main aims - dealing with ambulances, NHS backlogs, the state of care and the role of doctors and dentists.

Her pledge came amid mounting concerns over NHS waiting lists, a situation made worse by the huge backlog created by the Covid lockdowns.

She told Sky News: “I'm just about to enter the department and go to meet our great civil servants I'm going to work with.

"We've got priorities A, B, C, D - ambulances, backlogs, care, D - doctors and dentists. And we're going to work through that and we'll make sure that we're delivering for the patients".

Asked whether she is ready for strikes, Miss Coffey said: "I think we've got to be ready for patients and that's my top priority, and how we can make best use of our department and of course the NHS in order to achieve the best outcomes for them." 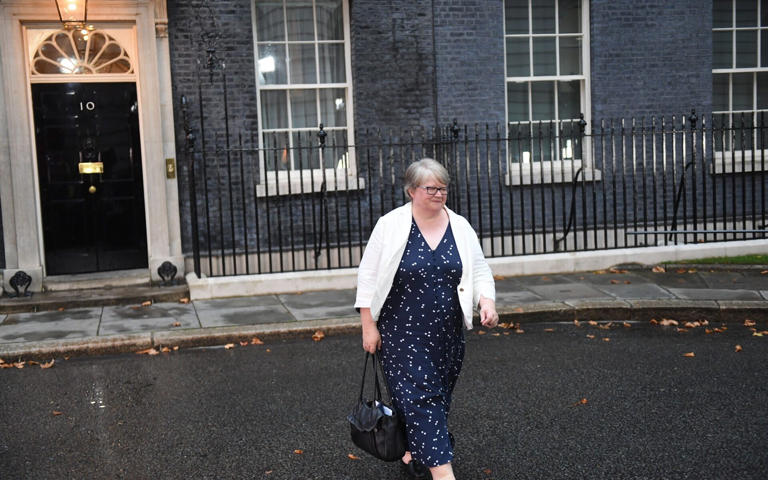 The key role in Ms Truss’s new Cabinet - that of Chancellor - was handed as expected to Kwasi Kwarteng.

The pair have been allies for years, and were both among the authors of a libertarian political treatise, Britannia Unchained, in 2012.

Over the past few weeks he has been working behind the scenes in his role as Business Secretary on plans to help families cope with the rise in energy bills.

Stepping into her shoes as Foreign Secretary is James Cleverly, who has only been in the Cabinet for two months, since he was appointed as Education Secretary by Boris Johnson.

It was in this role that he worked with Ms Truss, who became Foreign Secretary last year.

Suella Braverman will move from Attorney General to Home Secretary, where she is expected to take a tough stand against any form of wokery in the police system.

Her impressive result comes as the result of her strong performance in the Tory leadership election - and despite the fact that she came out as a potential leadership contender before Mr Johnson had even resigned.

She had been so widely tipped to take the job that her predecessor Priti Patel announced her resignation to Mr Johnson on Monday night.

Ben Wallace will stay as Defence Secretary; a key position as the war in Ukraine continues.

Once tipped as a potential leadership candidate himself, Mr Wallace later came out for Ms Truss - thus guaranteeing his position.

He is one of the few members of the Cabinet to keep his old job.

The former Chancellor, Nadhim Zahawi, left the Treasury as expected - not through any act of disloyalty but because his job had been promised to Mr Kwarteng.

During Mr Johnson’s final two months, he worked on a series of options for the new Prime Minister to deal with the energy crisis.

On Tuesday night he received compensation in the form of the Chancellor for the Duchy of Lancaster, which will see him take charge at the Cabinet Office.

He will also be minister for intergovernmental relations, in charge of relations with the devolved nations, and minister for equalities. Nadhim Zahawi, appointed Chancellor of the Duchy of Lancaster, exits No10 - NEIL HALL/EPA-EFE/Shutterstock© Provided by The Telegraph/Photo Courtesy

Brandon Lewis had been tipped for promotion, and he received it in the form of Justice Secretary.

He had previously run Mr Zahawi’s leadership campaign, but joined Ms Truss’s side as soon as he was eliminated.

Mr Lewis is another senior figure who has not been punished for resigning in July this year in a bid to force Mr Johnson to quit.

It was reported that a number of MPs turned down the role of Northern Ireland Secretary - never a popular job but even less so at the moment with negotiations over the post-Brexit Northern Ireland protocol expected to restart.

In the end Ms Truss persuaded Chris Heaton-Harris, a former Brexit minister, to accept the position.

The new Prime Minister had to find a role for Penny Mordaunt, who came third in the Tory leadership contest.

After apparently turning down a number of roles, she was placated with the position of Leader of the House of Commons - a job which had previously been offered to former Tory leader Sir Iain Duncan Smith.

Jacob Rees-Mogg, another key Truss ally, was moved into a powerful position - that of Business Secretary.

Working closely with Mr Kwarteng, he will be in charge of government efforts to bring people’s energy prices down. 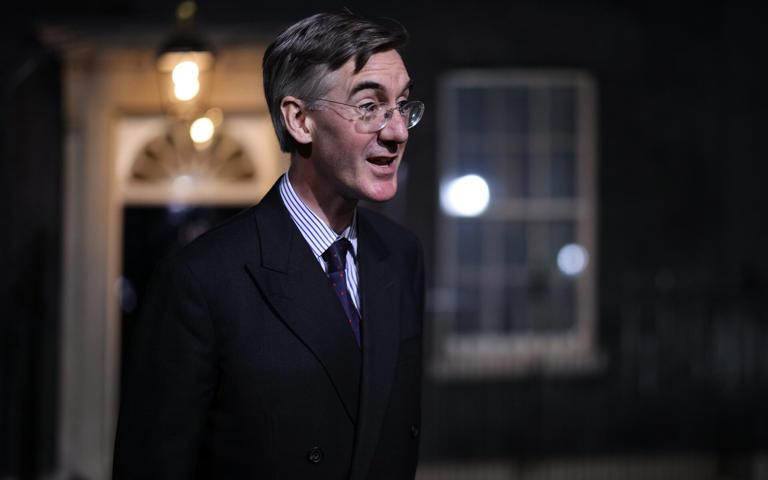 The equivalent position in the House of Lords went to Lord True. He was the person in the Cabinet Office who commissioned the legal advice for Boris Johnson about the privileges committee.

The crucial role of Chief Whip in the Commons went to Wendy Morton.

Another loyal Truss supporter Chris Philp was appointed Chief Secretary to the Treasury.

Another Truss supporter who received a promotion was Simon Clarke, who goes from Chief Secretary to the Treasury to Levelling Up Secretary.

Mr Clarke was Mr Sunak’s deputy when he was Chancellor, and his decision to back Ms Truss and support her plans for tax cuts has stood him in good stead.

Ms Truss was also keen to give former leadership rival Kemi Badenoch a promotion to the Cabinet. On Tuesday night she accepted the position of International Trade Secretary, responsible for signing post-Brexit trade deals.

Although she did not get down to the final two Tory leadership candidates, her anti-woke policies impressed members.

But it was considered too difficult to give her a job such as Education or Culture, because these are too much at the forefront of the so-called culture wars.

The position of Work and Pensions Secretary, which deals with Britain's welfare system, was awarded to Chloe Smith.

Like Ms Truss, she represents a Norfolk constituency and supported the Remain side before the 2016 referendum.

The job of Education Secretary was reportedly difficult to fill, but in the end Ms Truss chose Kit Malthouse.

Grant Shapps’s departure from the Cabinet as transport secretary left a space for Anne-Marie Trevelyan to take over the position. She is faced with a difficult inbox, topped by a series of threatened strikes by the rail unions.

Michelle Donelan entered the Cabinet again as Culture Secretary, a role vacated on Tuesday morning by Nadine Dorries, even though she is an avowed Truss supporter. Miss Donelan’s chances of promotion were not hampered by her decision to resign as education secretary just two days after she had been appointed by Mr Johnson. Her resignation came just minutes after he announced he was stepping down as prime minister.

Key Truss ally Ranil Jayawardena, the former trade minister, was appointed the new Environment Secretary. This will be his first Cabinet position and will be considered a reward for his work leading the transition team, sketching out the shape of a Truss government.

Sir Robert Buckland will remain in his role as the Welsh Secretary and Alister Jack is staying on as Scottish Secretary. Sir Robert was originally a backer of Mr Sunak, but swapped his support three weeks ago.

The only Sunak supporter in the Truss cabinet is Michael Ellis, who becomes Attorney General. During the leadership campaign, the Truss team thought they were close to winning his support. He never moved across, but refrained from direct criticism of Ms Truss.