Prince Andrew has been stripped of his military titles and royal patronages by the Queen after a US judge ruled his trial for sex offences could go ahead.

The Palace said in a statement: “With the Queen’s approval and agreement, the Duke of York’s military affiliations and Royal patronages have been returned to the Queen.

“The Duke of York will continue not to undertake any public duties and is defending this case as a private citizen.”

According to ITV News, the 95-year-old Queen told Andrew in person on Thursday he would be stripped of his titles.

The move by the palace comes ahead of the hugely embarrassing proposition of Andrew facing a civil trial over the sex assault allegations from Virginia Giuffre, which he denies. On Thursday, a source close to the duke said he would “continue to defend himself” against Ms Giuffre’s allegations.

Watch: Prince Andrew is to face a civil case in the US over allegations 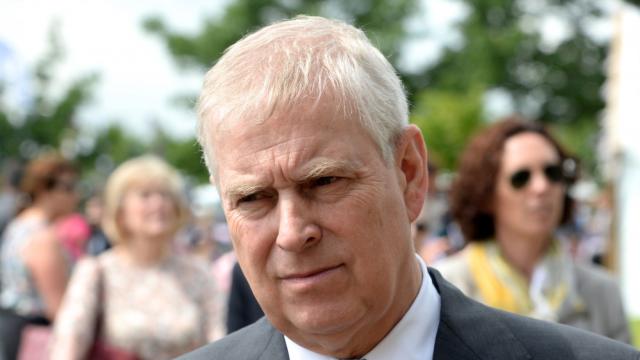 Giuffre claims she was trafficked to have sex with the Queen’s second son when she was 17 and a minor under US law. A judge ruled on Wednesday the case could go ahead.

The Duke of York will no longer use the style “His Royal Highness” in any official capacity, something he has used since birth, and represents the duke’s complete removal from official royal life permanently.

A royal source told the PA News Agency the issue had been widely discussed with the royal family, making it likely that the Prince of Wales, as well as Andrew, was involved in crisis talks over the matter.

The source said the military posts would be redistributed to other members of the royal family, meaning Andrew's removal from public life is a permanent one.

Reacting to the news the Chair of the House of Commons Defence Select Committee, Tobias Ellwood MP, welcomed the news, telling the BBC's Newscast podcast.

"Prince Andrew already had stepped back from many of his public duties - I think all of them, as well - so I think this was anticipated, indeed it was expected, from this perspective, so I'm actually not surprised."

The move to remove his titles comes after calls from veterans to strip him of his honorary military roles.

In an open letter to the Queen, more than 150 former members of Royal Navy, RAF and British Army described their “upset and anger” at Andrew retaining the titles, saying his position was “untenable”.

The letter said: “Please do not leave it any longer.”

A former commanding officer of one of Andrew's former regiments made similar calls last week.

Colonel Tim Collins, an Iraq War veteran, said at the time Andrew should "jump before he is pushed".

He said the publicity around the Giuffre lawsuits was "embarrassing" for everyone.

The Queen is head of the armed forces, and honorary military appointments are in her gift.

The duke had held the title of Colonel of the Grenadier Guards, one of the oldest and most emblematic regiments in the British Army.

On Wednesday, Judge Lewis A Kaplan dismissed a motion by the duke’s lawyers to have the civil case thrown, out after they argued Giuffre had waived her right to pursue Andrew by signing a confidential settlement with disgraced financier Jeffrey Epstein.

“However, it was not a judgement on the merits of Ms Giuffre’s allegations. This is a marathon not a sprint and the duke will continue to defend himself against these claims.”

Andrew remains in the line of succession to the throne and as such is still a Counsellor of State.

In the event that the Queen cannot undertake her official duties as sovereign on a temporary basis due to illness or absence abroad, two or more Counsellors of State are appointed by Letters Patent to act in her place.

The role of Counsellor of State is undertaken by any spouse of the monarch and the next four adults in the line of succession, currently the Prince of Wales, the Duke of Cambridge, the Duke of Sussex and the Duke of York. By Matilda Long, Yahoo News