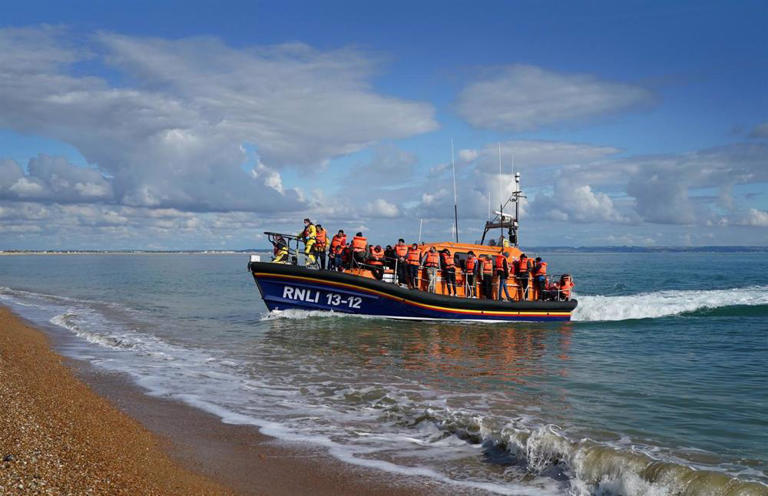 Some 90 migrants crossed the English Channel from French territory to the United Kingdom on Sunday, Christmas Day, aboard two small boats.

This new figure brings the total number of migrants who have crossed the English Channel to more than 45,750 so far this year.

The British Prime Minister, Rishi Sunak, has promised new legislation for the coming year to try to tackle the migrant crossing.

Sunak's proposal is to ensure that if anyone enters the UK illegally they have no right to remain in the country.

Meanwhile, some of his ministers are also working to tighten immigration rules to curb the number of people entering the country legally.

Home Secretary Suella Braverman has drafted a bill that seeks to control the entry of foreign students, make it more difficult for spouses to enter the UK and, if passed, will raise minimum wages for companies employing skilled workers.

According to a draft of the proposals to which the newspaper 'The Times' has had access, the Government could increase the minimum income threshold for those national citizens who apply for a family visa.  Source: (EUROPA PRESS) 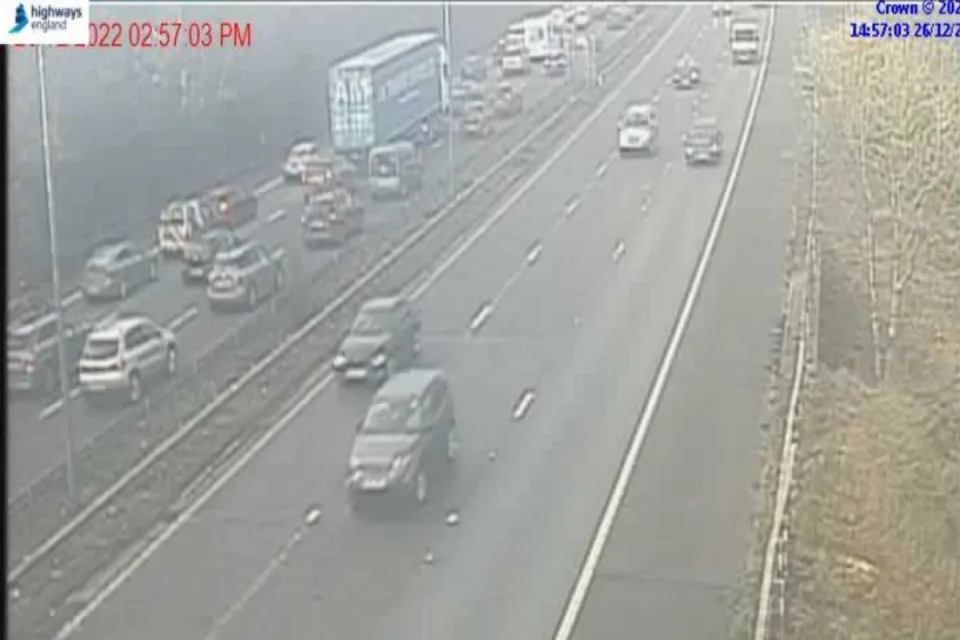 Earlier this afternoon, a multi-car crash closed two lanes on the M6 northbound between junctions 26 and 27 for Wigan.

Emergency services were sent to the scene of the incident, which caused around 40 minutes of delays and three miles of congestion.

It is believed a freak hail storm caused some motorists to lose control, with National Highways reporting an accident on the southbound carriageway too, involving three vehicles.

Lanes were closed on the same section of the southbound carriageway with delays also expected.

A spokesperson for National Highways said: "Lanes one and two are CLOSED on the M6 northbound between J26 M58 and J27 Wigan due to a multi-vehicle collision.

"Emergency services are on scene.

"There are currently delays of 41 mins and approximately three miles of congestion.

"Appears a hail shower is moving across the region.

"There are also three vehicles that have lost control on the SB on the same section closing lanes three and two. Expect delays."

JUBA – The United Nations Mission in South Sudan (UNMISS) on Wednesday expressed fears of escalated violence in the country’s already fragile Jonglei State after reports that of mass mobilization among armed Nuer youth there.

“The United Nations Mission in South Sudan (UNMISS) is deeply concerned about reported mobilization of armed Nuer youth in the Greater Jonglei area. Such mobilizations have the potential to trigger violent attacks that can gravely impact the civilian population,” it said in a statement on Wednesday.

“Any such upsurge of conflict will undermine recent peace gains achieved through a rapprochement between the leaders of Jonglei state and the Greater Pibor Administrative Area (GPAA). The Mission appreciates proactive engagements by the Government of the Republic of South Sudan with involved youth leaders to de-escalate hostilities and restore calm,” the mission added.

While stressing the loss of lives caused by similar mobilization, the UN mission said it has continued to deploy resources in a bid to help in ensuring civilians’ safety and said that protection of citizens lies in the hand of the government of South Sudan.

“While the primary responsibility for protecting civilians lies with the Government, UNMISS continues to deploy all available resources and make every effort to ensure the safety and security of affected populations,” the statement said.

“Similar incidents in the past have resulted in the loss of lives, abduction of women and children, displacement of thousands of civilians, and destruction of property,” it added.

The world mission which has been using peacekeepers to protect civilians since the outbreak of violence in December 2013 further called “on leaders of the Lou Nuer and Murle communities to exert positive and constructive influences on their youth groups, encouraging them to embrace dialogue and refrain from using violence as a means of resolving grievances.”

It also “urges community leaders to ensure the release of previously abducted women and children, and the return of looted cattle to their rightful owners, to foster reconciliation and respect for fundamental human rights.” - Sudans Post