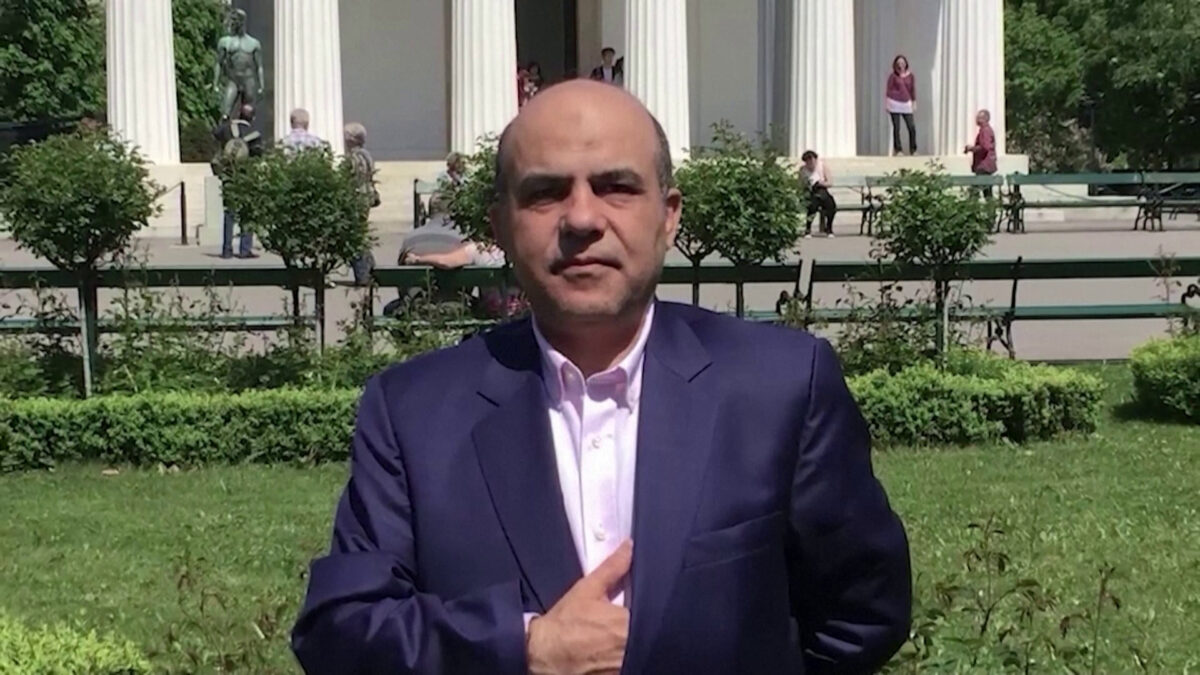 Iran has executed British-Iranian national Alireza Akbari, the judiciary’s Mizan news agency reported on Saturday, (January 14) after sentencing him to death on charges of spying for Britain.

British Foreign Secretary James Cleverly said on Friday (January 13) that Iran must not follow through with the execution of Akbari, a former Iranian deputy defense minister.

Britain had described the death sentence as politically motivated and called for his immediate release.

“Alireza Akbari, who was sentenced to death on charges of corruption on earth and extensive action against the country’s internal and external security through espionage for the British government’s intelligence service … was executed,” Mizan said in a tweet.

In an audio recording broadcast by BBC Persian on Wednesday (January 11), Akbari said he had confessed to crimes he had not committed after extensive torture.

Iranian state media broadcast a video on Thursday (January 12) that they said showed Akbari played a role in the 2020 assassination of Iran’s top nuclear scientist, Mohsen Fakhrizadeh, who was killed in a 2020 attack outside Tehran which authorities blamed at the time on Israel.

In the video, Akbari did not confess to involvement in the assassination but said a British agent had asked for information about Fakhrizadeh.

Reuters could not establish the authenticity of the state media video and audio, or when or where they were recorded.

Ties between London and Tehran have deteriorated in recent months as efforts have stalled to revive Iran’s 2015 nuclear pact, to which Britain is a party.

Britain has also been critical of the Islamic Republic’s violent crackdown on anti-government protests, sparked by the death in custody of a young Iranian-Kurdish woman in September. Amu TV

Some 3,500 South Sudanese refugees returned to Magwi County of Eastern Equatoria State from neighbouring countries in the past two months, a relief official said.

Speaking to Radio Tamazuj on Friday, the coordinator of the Relief and Rehabilitation Commission in Magwi County, Salva Ben Okeny, said the returnees joined their families in Mugali, Nimule and parts of Magwi.

He, however, said the returnees are in dire need of food and non-food items and calls on humanitarian organizations to provide assistance.

“If there is any kind of food distribution for some few months to those who returned will help them. Seeds distribution also should be early,” he said.

Santa Abalo, a mother of eight who recently returned, said: “We returned because the condition is worse there. What forced us to come is the issue of hunger. My children are hungry.”

“We need help because we don’t have shelters. We only depend on relatives,” she added.

Okuma John, the Chairperson of the Eastern Equatoria Relief and Rehabilitation Commission, confirmed that many refugees returned home from refugee camps in Uganda.

“People are coming back home because of the relative peace which the peace agreement has provided. As government together with partners, we have to make sure that schools are renovated, and other services are provided to them,” he said.

In the last two weeks, the United Nations High Commissioner for Refugees (UNHCR) in South Sudan said over 600,000 refugees have returned to the country since 2018.

It attributed the return to relative peace in some parts of the country. - Radio Tamazuj

South Sudan's President Salva Kiir Mayardit has flagged off a battalion of 750 soldiers to the Democratic Republic of Congo (DRC).

In June, leaders of the East African Community (EAC) resolved to send a joint force to deal with multiple armed groups in Congo after the country joined the bloc in April as the seventh member state.

The resurgence of the M23 rebel group in May this year prompted regional and international efforts to bring an end to the decades-long insecurity in eastern Congo.

Speaking during the graduation and farewell to the troops at the military headquarters in Juba on Wednesday, President Kiir urged the troops to be disciplined and avoid involvement in criminal activities in Congo.

“I want you to maintain discipline there. There are forces that go for a peacekeeping mission in another country and cause problems; they go and rape women and girls. Don’t do it, don’t take anything from shops or civilians; that is not what you have gone for instead, protect the lives of the civilians from danger,” Kiir said.

Kiir, who is also the commander chief of the military, advised the peacekeeping force to portray a good image of South Sudan, which has been shattered by years of devastating conflict.

“Our war that happened here opened the doors for insults, so I want you to go and close that door by your deeds. Another thing I want to tell you, you are going as a national army, not as a tribal army or party army; you are a national army. We need to work for the image of this country,” Kiir said.

Meanwhile, Minister for Defense and Veteran Affairs Angelina Teny said South Sudan is proud to participate in the first-ever peacekeeping force, noting that the country is moving in the right direction in transforming the army.

“You know we have a UN peacekeeping mission in our country. If we move this way, we implement the agreement according to all the articles, especially chapter two; we work on the transformation of the army and now have a force that is going contribute; the whole world is watching this. So this is a positive move towards us being part of global peace and security,” she said.

The minister revealed that the troops would be sent immediately as the rest of the east African countries have already sent their forces to DRC.

First Lieutenant Aman Ibrahim Khafi, one of the soldiers, said: “I am very happy today to go for this mission and lift the flag of South high as the President earlier gave it to my force commander.”

Meanwhile. Col. Johnson Malual, the regional force commander, promised that they will work diligently to fulfil the mission.

“I am very proud to get this opportunity to get my orders from His Excellency the President of South Sudan, Gen Salva Kiir Mayardit, who has handed over the flag to me. We promise to keep this flag rising inside South Sudan and in Congo, and we promise that we will fulfil the mission in the name of South Sudan in DRC and the East Africa Community,” he concluded. - Radio Tamazuj