GENEVA (5 December 2022) – UN Special Rapporteur Siobhán Mullally will assess the situation of trafficking in persons during an official visit to South Sudan from 5 to 14 December 2022.

Mullally will examine trafficking for purposes of sexual exploitation, forced labour, child and forced marriage, including among refugees, internally displaced persons and returnees. She will also check risks of trafficking arising from climate-related displacement. The Special Rapporteur will visit Juba, Bentiu and Nimule and will meet representatives of Government, law enforcement, UN officials, civil society and survivors of trafficking in persons.

Mullally will hold a press conference to share preliminary observations on Wednesday 14 December at 11:00am at UNDP Compound, Plot 21, Ministries Road, Juba. Access will be strictly limited to journalists.

The Special Rapporteur will present a full report on the country visit to the UN Human Rights Council in June 2023. - United Nations

Former Kenyan president Uhuru Kenyatta has implored on Congolese citizens meeting with him in Nairobi for the third Inter-Congolese dialogue this week to embrace forgiveness as the search for lasting peace in the eastern parts of the country continues.

The groups are represented in Nairobi by about 350 participants, over 50 of whom represent armed groups fighting in eastern DRC.

“Though the pain from the atrocities committed against you may be too much in the last 20 years as lives have been lost, animals stolen and minerals stolen by foreign nations who are happy to spur conflict as they steal your minerals leaving your children unable to go to school and your mothers unable to give birth in hospital, let us embrace a forgiving heart and agree to unite to bring lasting peace to the region,” he said.

Mr Kenyatta assured the participants that the talks will not delve into discussions over DRC’s territorial sovereignty.

“The Republic of DRC belongs to the Congolese and we are not here to discuss how an inch of your territory shall be cut off. Ours (the Nairobi Process) is to find ways you can co-exist with one another and resolve conflicts that arise between you without taking arms against one another,” he said.

The Luanda process that is closely inter-linked with the Nairobi process is attempting to resolve external conflict between DRC and Rwanda.

“We believe we shall find solutions from both processes so that you can live in peace at home, refugees and internally displaced persons can go back to their home and that all arms in the hands of armed groups shall be silenced and surrendered to the government,” Mr Kenyatta said.

In the last Luanda meeting held last week, EAC member states ordered M23 and other foreign groups operating in eastern DRC to ease hostilities, lay down their arms and leave the country unconditionally.

The M23 was particularly asked to leave Banagana, Rutshuru and Kiwanja but they are yet to do so and that is why they are not part of the armed groups attending the Nairobi peace process.

“Until that is done, the M23 cannot be part of these discussions. The process happening here only involves armed groups that have agreed to lay down their arms and ease hostilities,” said Mr Kenyatta.

But Prof Tshibangu confirmed that about six percent of the M23 group has shown up in Nairobi and reiterated that the Congolese government will not negotiate with groups that have deliberately declined to take part in the process.

“There will be no amnesty for these people. There will be no forum for us to discuss with foreign armed groups. They should lay down their arms and go to their homes. There shall be no negotiations with them; military action shall be deployed against them,” he said.

He added that DRC has plans to absorb other ex-combatants into the army known by its French acronym FARDC after the due recruitment process has been followed.

“The amnesty will however not be automatic to all armed groups that lay down their arms as some will have to go through the transitional justice process and be held accountable for their atrocities,” he said.

The dialogues are meant to create mechanisms for bringing back peace in eastern DRC where more than 120 armed groups are fighting.

They kicked off on Monday with a resolution by EAC heads of state to deploy troops against armed groups that defy calls to ease hostilities, create channels for voluntary repatriation of IDPs and refugees hosted in neighbouring countries in addition to a call for the unconditional departure of foreign armed groups from DRC territories. - MARY WAMBUI, The EastAfrican 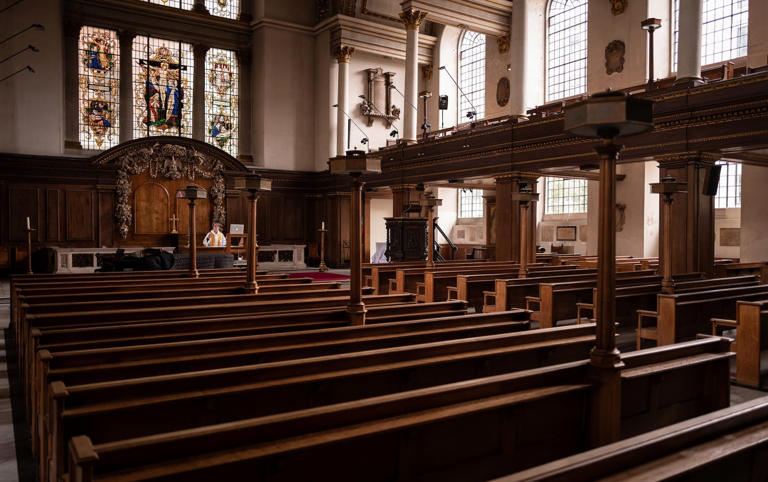 The census data also shows that every major religion increased over the ten-year period, except for Christianity.

The Archbishop of York, the Most Rev Stephen Cottrell, said it was "not a great surprise" that there is a declining number of Christians in the UK, but it was important to remember that Christianity is "the largest movement on Earth".

However, Humanists UK said the Census "should be a wake-up call which prompts fresh reconsiderations of the role of religion in society".

The next most common ethnic group was 'Asian, Asian British or Asian Welsh', accounting for 9.3 per cent (5.5 million) of the overall population. This ethnic group saw the largest increase from 2011, up from 7.5 per cent (4.2 million people).

Responding to the religion data, the Archbishop said: "It’s not a great surprise that the census shows fewer people in this country identifying as Christian than in the past, but it still throws down a challenge to us not only to trust that God will build his kingdom on Earth, but also to play our part in making Christ known.

"We have left behind the era when many people almost automatically identified as Christian, but other surveys consistently show how the same people still seek spiritual truth and wisdom and a set of values to live by."

The Archbishop added that Christianity continues to play a major role in secular society, especially during the current cost of living crisis.

"This winter - perhaps more so than for a long time – people right across the country, some in desperate need, will be turning to their local church, not only for spiritual hope but practical help," he said.

"We will be there for them, in many cases, providing food and warmth. And at Christmas millions of people will still come to our services."

'UK is one of the least religious countries on Earth'

However, Andrew Copson, the chief executive of Humanists UK, said the "biggest demographic change in England and Wales of the last ten years has been the dramatic growth of the non-religious. They mean the UK is almost certainly one of the least religious countries on Earth".

He added: "No state in Europe has such a religious set-up as we do in terms of law and public policy, while at the same time having such a non-religious population.

"Iran is the only other state in the world that has clerics voting in its legislature. And no other country in the world requires compulsory Christian worship in schools as standard.

"The law has failed to keep up with the pace of change, and as a result, the enormous non-religious population in England and Wales face everyday discrimination – from getting local school places to receiving appropriate emotional support in hospitals.