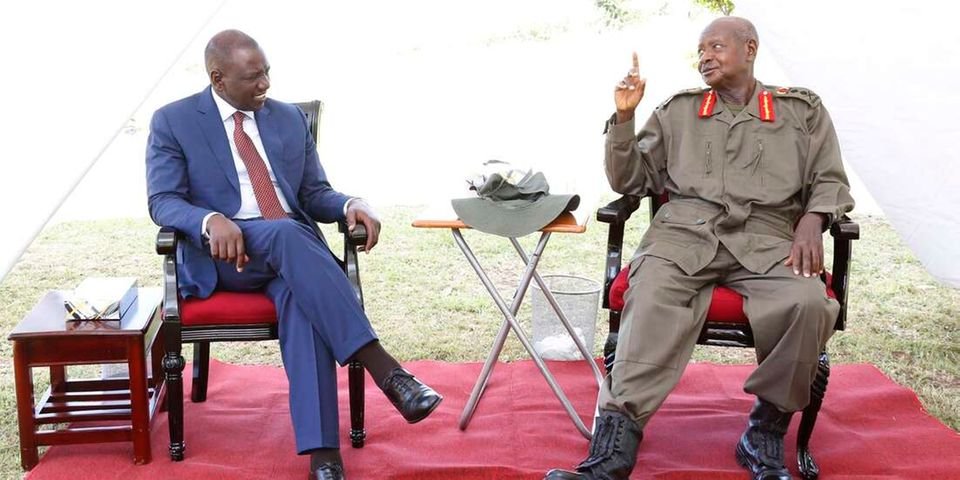 The Ugandan government has finally broken its silence over Deputy President William Ruto’s aborted trip to the country on Monday.

In a statement issued Thursday, the President Yoweri Museveni-led government denies claims of interfering in Kenyan affairs following concerns that the DP had planned to fly to Uganda without informing his boss, President Uhuru Kenyatta.

“Our foreign policy is very clear that we don’t interfere in the internal affairs of any country what so ever. We have no authority; we have no power over Kenyan government. They have their own reasons why the prevented HE Ruto from coming to Uganda and that should be channeled to the Kenyan High Commission,” the Ugandan government said in a statement by Okello Oryem, the State Minister for Foreign Affairs.

Kampala also says it had not made protocol arrangements to receive the DP.

Dr Ruto was blocked from flying to Uganda in what would have been his second trip to the neighbouring country in less than a month. Kenyan Immigration officials had said there was no clearance for the trip.

His office, however, insists the DP’s was a planned private visit, for which he did not require any clearance.

But on matters protocol, Ugandan says there were no plans to receive the DP. Mr Oryem, however, did not clarify whether this was because Dr Ruto was planning a private visit or because they were not informed about the trip at all.

“I was not informed by the chief of protocol being requested by the Kenyan High Commission in Uganda to provide protocol services to the deputy President,” he said.

The statement by Uganda comes after the Raila Odinga-led ODM party, which described the DP’s troubles as a “sympathy-seeking circus”, questioned the Dr Ruto's links to Mr Museveni and his party, the National Resistance Movement (NRM).

In the statement, ODM questioned DP Ruto’s plan to borrow lessons from NRM, including using its top strategists in the 2022 election.

According to ODM, Dr Ruto is wrong to want to follow in the footsteps of a party with a bad record on democracy, protection of civil society places, good governance, freedom of the press and human rights abuses among others.

“While we do not wish to interfere with internal political arrangements in other countries, we equally want to state that we do not need to borrow from other countries political habits whose end result can only lead to chaos and backwardness of our country,” ODM said in a statement read by National Assembly minority whip Junet Mohamed.  Source: Daily Nation 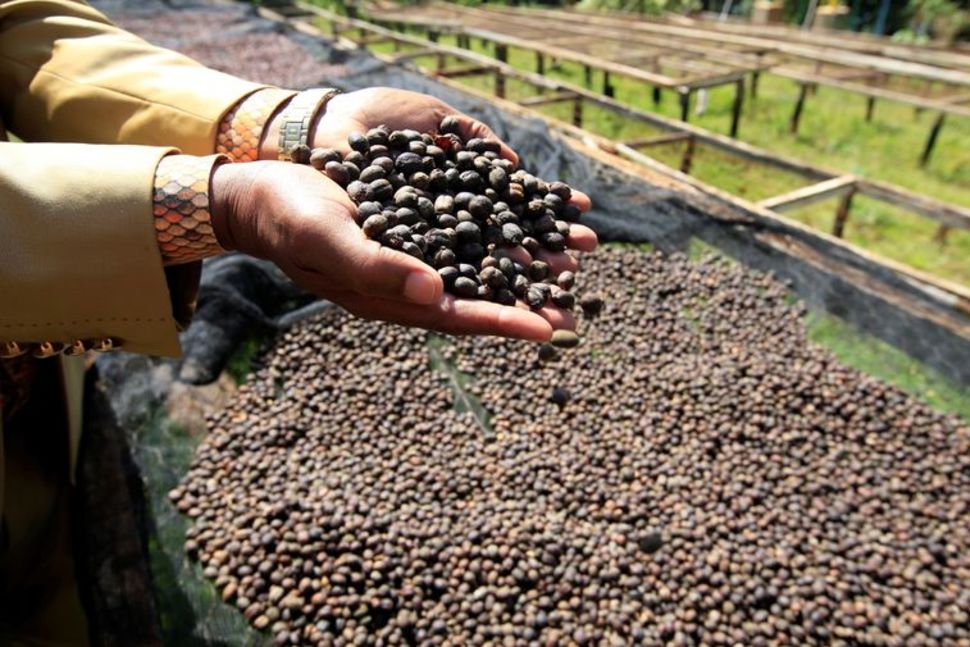 FILE PHOTO: A worker holds coffee berries as they to sundry at the Bradegate coffee factory in Karatina near Nyeri, Kenya June 3, 2021. REUTERS/Monicah MwangiREUTERS

NYERI, Kenya (Reuters) - Kenyan butcher David Mwangi likes to start his day with a mocha or a cappuccino at a newly opened coffee shop in his area - the first such outlet in a farming town where a sweet, milky cup of tea is the way most people start the day.

"Coffee helps my mind to wake up. The taste is sweet," the 27-year-old said, while sipping the beverage at the outlet owned by Kilele Coffee Company in Karatina town, which is about 120 kilometres from the capital, Nairobi.

The small coffee chain - which has six outlets in central Kenya - was founded last year by Joshua Kariuki, who returned home to Nyeri town after 15 years as an aid worker, including in South Sudan.

He hopes Kilele will add profit and value for local farmers as it relies on them for the supply of raw coffee.

"We want to have a coffee drinking culture at the local level," Kariuki said.

Kenya's coffee production peaked at 129,000 tonnes three decades ago but has dropped to around 40,000 tonnes due to poor management, global price swings and climate change.

Now the East African country accounts for just 1% of the global crop, but its high-quality arabica beans are sought after by roasters for blending with other varieties.

Demand at home for the beans is rising, as newly minted members of the urban middle class and even those in the countryside develop a taste for specialty coffee.

Kenyans consume just 5% of total output, compared with neighbouring Ethiopia, where domestic consumption accounts for nearly half of production, thanks to a strong coffee drinking culture.

But the local consumption in Kenya has tripled to 1,500 metric tonnes per year in the past decade, figures from the global business data portal, Statista, showed.

That benefits farmers like Thuo Mathenge, who closed his medical business in the Kenyan capital Nairobi to return to his village a decade ago. He now processes beans from his sprawling coffee farm at the base of Mount Kenya and sells the product in his retail outlets.

Mathenge attributed the rise in Kenyan coffee culture to the growing knowledge of the beverage's potential benefits, including triggering alertness and boosting energy.

He produces more than 50 tonnes of coffee a year, and the proportion of the coffee he sells locally has doubled to 60% from 30% seven years ago. The rest goes to the United States, Britain and Belgium.

His organically grown, processed coffee fetches 2,000 shillings ($18.49) a kilo, compared with the less than 100 shillings that most small-scale farmers in the area get for their raw coffee abroad, thanks to the fact that he does not use chemicals in growing.

"Coffee is gold," he said, adding that he is planting more coffee trees on a separate 20 acre piece of land. 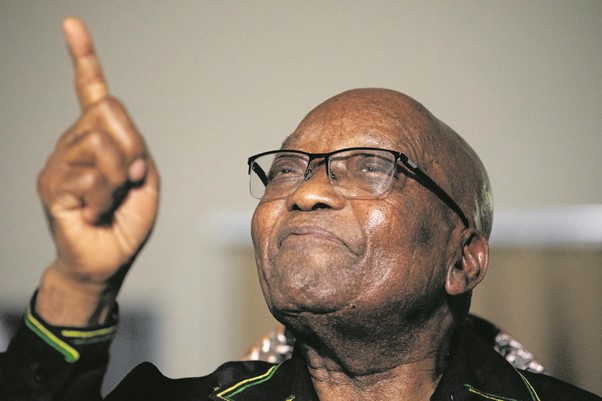 Jacob Zuma's case will be heard in open court, after Judge Piet Koen appears to have been persuaded by the former president's team. (Photo: Leila Dougan)

The former president will have his in-person hearing next week and get to see advocate Billy Downer face-to-face when his lawyers argue for the prosecutor’s removal from the case.

On Wednesday morning the Pietermaritzburg High Court issued a directive that the hearing will be heard in open court – something Zuma’s legal team has spent the last month motivating for.

In their latest submissions to the court, filed on Monday, Zuma’s lawyers said the court’s proposal to have the hearing of Zuma’s special plea application in his Arms Deal corruption trial heard virtually was a violation of the former president’s right to a fair trial.

“To do so would be unconstitutional and illegal, irrespective of the situation in a particular case, a particular date or the particular circumstance which may or may not prevail on 9 August 2021,” his lawyer said in a short two-page submission to the court.

The National Prosecuting Authority was adamant that the hearing could go ahead virtually because no evidence was expected to be led.

“A virtual hearing of oral argument of the special plea on 10 August is possible and will be satisfactory in every respect. The parties and their legal representatives and the public (through the broadcasting of the live feed) will be able to observe the proceedings,” the NPA argued.

However, Judge Piet Koen appears to have been persuaded by the Zuma team, revoking his earlier directive of 15 July that the case should be heard virtually.

In a court order dated 4 August, Koen said the hearing will be conducted “in open court at the High Court in Pietermaritzburg”.

“The currently applicable Disaster Management (Covid) regulations, particularly those regarding the wearing of face masks, maintaining social distance and the restrictions on the numbers of attendees at indoor venues, must at all times be adhered to strictly,” he said.

Indications are that security services will be preparing for crowds to attend the Zuma hearing, as the NPA indicated in its court papers.

“Supporters of the first accused are presently being mobilised on social media to gather in their numbers in Pietermaritzburg on 10 August.”

The NPA also raises concerns about rising Covid-19 numbers in KwaZulu-Natal: “There is no good reason not to opt for a virtual hearing of the oral arguments on 10 August and to assume the risks attendant on an in-person hearing.”

The court has set aside three days to hear Zuma’s special plea in which he wants Downer to be removed as prosecutor, alleging bias.

Zuma’s team argues that the prosecutor should be removed from the case due to political influence in the prosecution dating back to the origins of the case more than a decade ago. DM

Dianne Hawker is a news editor at Newzroom Afrika and has been a legal journalist for more than 15 years. Source: Defend Truth