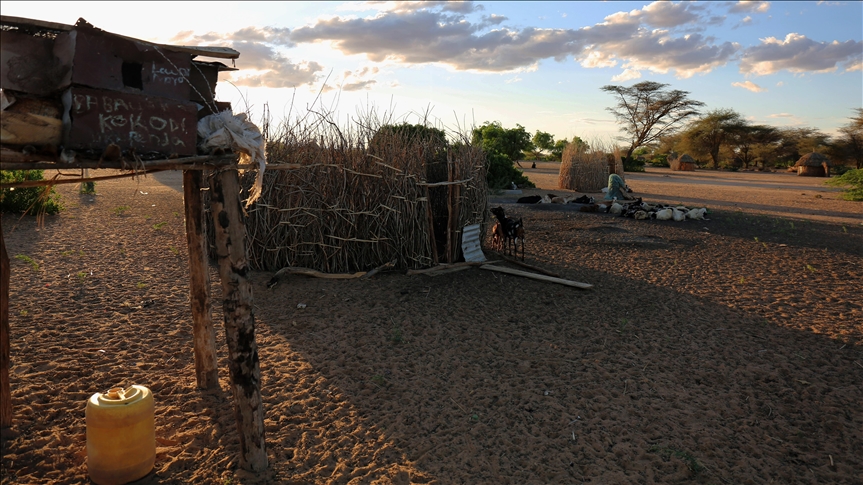 Nearly 10 years after discovery of oil reserves, water in Turkana County, life remains arduous for deprived residents. The Turkana Indigenous people in northwest Kenya are nomadic pastoralists whose main socioeconomic activity is herding livestock and moving in search of water and grazing lands for their animals.

The Turkana are among the most economically marginalized communities in Kenya. A Kenya National Bureau of Statistics (KNBS) report in 2020 noted that Turkana County is the poorest and most unequally devolved unit in Kenya.

“But we are rich, we have oil under our feet. Oil is one of the most precious commodities in this world. This we know. We are rich but I am in tattered clothes, my children are hungry, and we barely have water for drinking, let alone for our animals,” said 44-year-old Anguti Ekuwam.

Kenya discovered oil in 2012. It was found in Turkana’s ancestral lands by British oil prospecting company Tullow Oil that estimates there are around 600 million barrels of oil in wells that have been discovered.

As if the oil blessing was not enough, in 2013, Kenya discovered a large water aquifer in Turkana County, which remains one of Africa's driest, hottest, and poorest regions.

According to experts, the reserves could reportedly provide the country with water for 70 years and it is self-replenishing. Eight years down the line, though, the local community remains thirsty.

“We have all these resources but we are still suffering and poor. They came and they built roads that we have never seen. They are very good roads for them but not for us who sometimes walk barefoot. The boreholes that were opened after the discovery of the aquifers are still welded shut. We still have water problems,” said Ekuwam. “There are some programs that the stakeholders have come up with to help us. Our children are in school, there is the provision for electricity, village water points, a hospital and good roads, but we still need more assistance. We expected the benefits to be more than we are seeing,” she said.

“These are projects we expected our government, both local and national, to do, not the oil companies. We expected to benefit as individuals from these villages. Most of us are not educated, so if we were helped in doing business we could sustain our lives and that of our children,” Kenyangole added.

Kenya's President Uhuru Kenyatta signed a petroleum law in 2019, under which only 5% of revenue from oil discovered in Turkana County will go to local communities, 75% to the central government, and 20% to the County government.

In June, the National Drought Management Authority issued an early warning for a severe drought, and since then, the counties of Turkana, Isiolo, Samburu, Marsabit, and Baringo have been hit by a drought that is worsening daily.

Echwa Jonah Acheni, a herder, told Anadolu Agency: “There has been very little rain. In most areas, the animals are dying. We need a permanent water solution. We trek for so long in search of water and pasture.”

The need for more access points was something that Achim Steiner, former executive director of the UN Environment Program, also stressed in a conversation with Anadolu Agency when the water aquifer was discovered.

“There are people who have lived there for hundreds of years. They are mostly pastoralists who have learned to manage water scarcity as part of their tradition,” he said in an interview in 2015.

“The government should not only put boreholes in the area and make them sedentary, but also enhance water points, both for animals and people, that will benefit the local communities.”

Many indigenous communities, such as the Turkana and their neighbors from Samburu County, are still waiting for better days and remain dependent on food aid from the government and other well-wishers.

​​​​​​​In Samburu, more than 100,000 people are in dire need of food and water, according to Daniel Lesaigor, chief officer for special programs in the county.​​​​​​​ By Andrew Wasike , Anadolu Agency

An expert in the aviation has attributed unpopular policies by the government, excessive aeronautical and regulatory charges and poor understanding of the global business climate as part of the reasons why investment in aircraft repair facilities and other projects are diverted to neighbouring African countries.

Chief Executive Officer,Tropical Artic Logistics Limited (TAL), an integrated logistic outfit, Femi Adeniji, who this known in an interview, said unless the Federal Government and its agencies reversed the negative trend Nigeria would lose more investment into the sector.

He said the country recently lost a $2.5 billion investment for the setting up an aircraft maintenance repair and overhaul organisation (MRO) to Ghana on account of the unfriendly business climate.

The facility, according to Adeniji, would have been sited in Nigeria but the unfriendly system operated in the country forced the investors from the United States to divert it to Ghana.

He said Nigeria has lost many investment proposals in the aviation sector on account of the harsh hurdles set by the Ministry of Aviation, the airport and regulatory authorities.

He attributed the lack of Foreign Direct Investment (FDI) to the country to corruption in the system stressing that the existing aviation policies and attitude of aviation authorities towards organisations and individuals that indicate interest in FDI has not been encouraging.

Adeniji cited instances of such discouraging incidents from people trying to invest in building airports and are shut down through charges on investments from companies outside.

He said the National Assembly committees on aviation have a huge role to play in addressing these gaps by ensuring a review of relevant legislation that will attract and drive offshore investment into the sector.

He said the committees should look beyond their oversight responsibilities by putting in place enabling legislation that will attract more private sector funds to the sector .

Adeniji said: “The system is completely corrupt. I would give you an example, I have two friends who wanted to invest, Americans who want to invest in this country, build their own private airport accessible to the state, the answer I got from Federal Airport Authority of Nigeria  and Nigeria Civil Aviation Authority  is that one of them should go and bring N35 million.

“In the United States all those things are waived if you are spending your money but in this country it is a different story. I have a very strong relationship with Boeing Aerospace. They are now in Ghana and I am talking of four months ago. They were trying to come in here and they said sorry, we cannot contribute when we are trying to create employment they are making life difficult for us.

“The United States just gave Ghana $2.5 billion to do a feasibility study to set up an MRO that is supposed to be in Nigeria there in Ghana.”

Adeniji decried that there are currently 15 Nigerians managing MROs and related businesses in the United States, but are not disposed to investing in Nigeria because of discouraging policies and feedback they get. By Kelvin Osa-Okumbor, The Nation 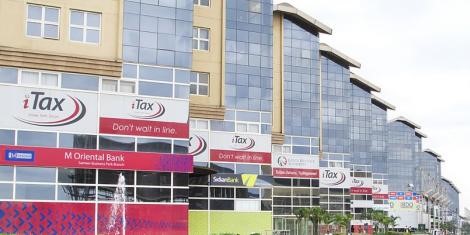