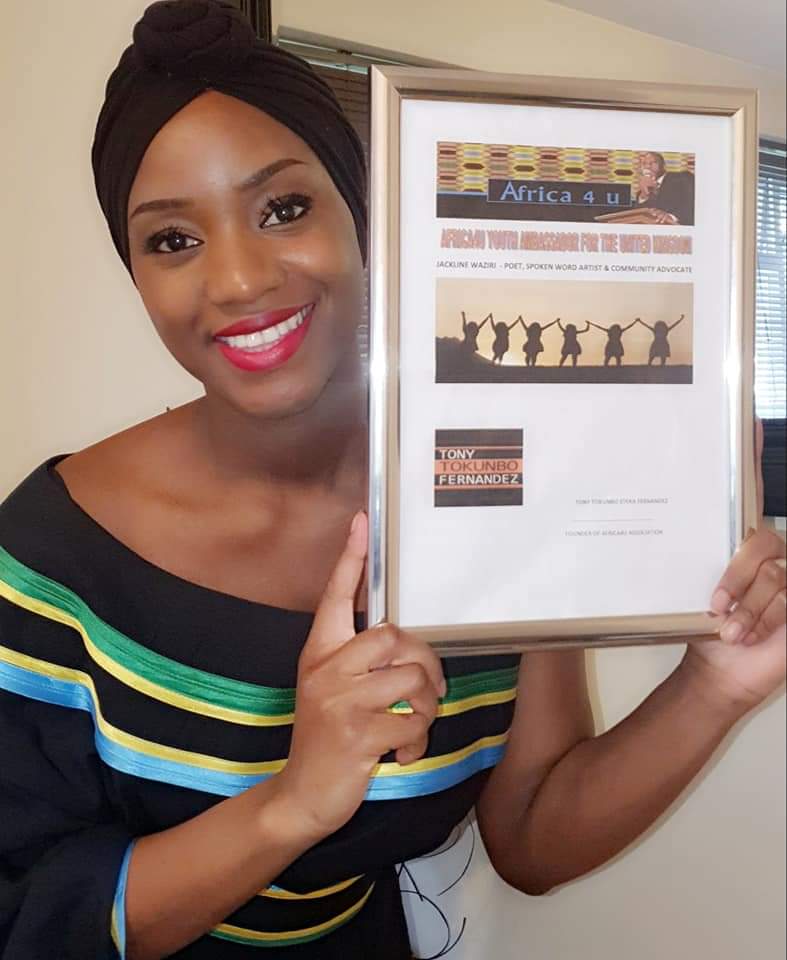 You have probably stumbled on her poetry on Informer East Africa Newspaper. Missed? Never mind! Perhaps, you heard about Mwana, her new collection? Mwana is creating excitement across online forums. Or you might know Tanzanite Events, a Zoom happening that banged our doors throughout the Covid 19 lockdowns and is still inspiring African greens. So, you haven’t heard all of that.

What about the esteemed Shaaban Robert? Most well-known Swahili writer, considered the William Shakespeare of our region? You haven’t heard of Shaaban Robert either? But we are aware that Ki-Swahili is targeting becoming the lingo for black people across the universe by 2063, right? Anything transporting the Swahili tag means serious business, or as we say in Fursa.

Fursa means “opportunity...” Entrepreneurs recognise that word like how we notice spider’s webs on the corners of our rooms. Jackline Waziri was born 1993 in Dar es Salaam, Tanzania. Aged seven, she made her way to London, as both parents had, sadly. passed on. Subsequently, the bright girl was raised by her loving maternal, energetic aunties in this third largest city of Europe. 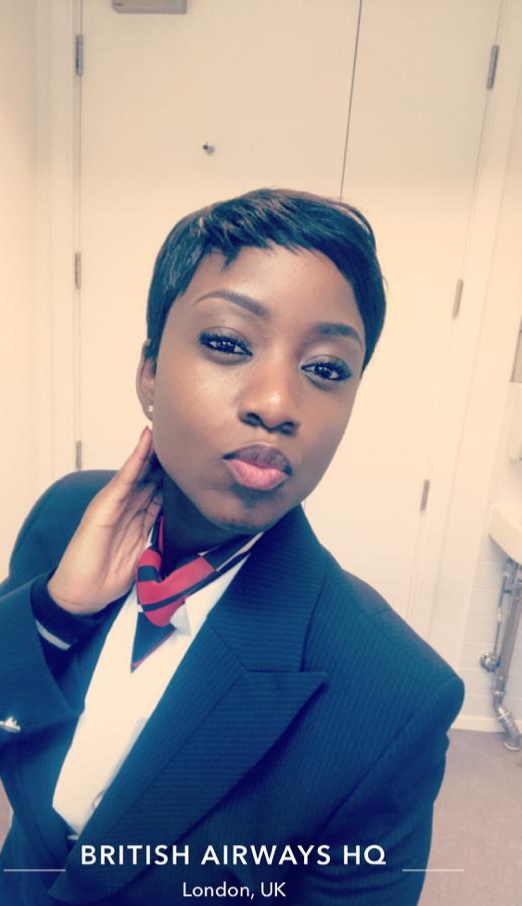 No wonder Jackline Waziri, has not disappointed and is also energetic, positive, innovative;  it is in her genes …Look. During his times, around 75 years ago, the legendary Shaaban Robert was an active media personality with a regular column ( in the 1940s East African Mambo Leo, newspaper) and it is natural his descendants are as inventive.

For example, in February 2021, the theme of the monthly gig was Friends of Tanzania. March 2021, Tanzanite Events brought international women to task. Jackline Wazir's debut book, “Mwana”,  is gentle, persuasive and, passionately written verse which she summarises as being : “ Inspired by my beautiful daughter so that she knows she has a voice in this world.

Just like many young girls and boys that look like her, Mwana means child, in various African languages including Swahili (grammatically and structurally a Bantu speaking idiom).

My earth skin till six feet under

for you hold light of Birth

My dear “melanin” so ancient

I treasure you dear, my

Consistently aware of her identity and roots, the most poignant piece was the brutal killing of George Floyd- June 2020.

“A worthy breath blown away

But the sound of the heartbeat

of every “ I cant breathe.”

Sons of the sun, its time to rise again.

Jackline invested her own hard earned cash into this self-published opus , coming out with a thousand copies. In almost a year, she has sold half of them.

And here we have to speak about self-publishing. Many young authors are now doing their own thing. Back in the 1970s, and 80s it was a bit rare. I recall when I self-published my  English- German poems, (Papers! Papers! Papers!, 1986) , I did it so I could sell the work in my music concerts. This is because I always use music to recite my spoken word. Back then we relied on bookshops. It wasn't easy.

Nowadays, the internet is limitless. You can publicise your work via social media, speak about it, or collaborate with Amazon, whose distribution is a multi-billion industry and quite efficient. Jackline Waziri is using her times and surroundings well. Easy? Hard?

Ms Waziri : “I am just having fun with the moment (becoming an author)I tend not to think of the struggle of the process at the moment...I just care about my story being out there and being heard.”

Did she inherit, the gift of literary arts from her maternal grandfather? Jackline confesses she was not aware of this at the beginning. Growing in Tanzania then London she might not have known her great great Babu. Ironically not much of the esteemed icon has been translated into English (or other languages)...the most well-known of Shaaban Robert's verse : Titi la Mama Litamu Hata Likiwa la Mbwa (One mother's tongue is the best) which eulogises Kiswahili, comes to mind.

However, Jackline found effortlessly expressing herself through writing. From then on there were no brakes. Ms Jackline Waziri's motor-engine has been scorching, ever since, sizzling through traffic, jumping red , yellow , blue , lilac , purple lights and creating whole fresh, artistic planets. Hail Jackline Waziri, an inspiration for optimistic, glowing African renaissance!

More info, and to order a copy of Mwana, please visit www.jacklinewaziri.com/

Freddy Macha is a London based Tanzanian writer and musician. 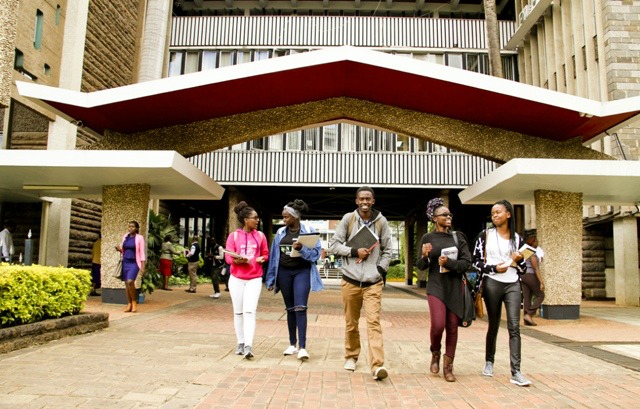 The KCSE 2020 candidates will on Monday know the universities they will join and the courses.

They are eligible for government sponsorship across 500-degree programs in public and private universities.

The number is an increase from 2019 where 125,746 students qualified for university places.

Kenya University and Colleges Central Placement Service chief executive on Friday said the details would be made public by Education CS George Magoha.

In the last admission exercise, public universities absorbed 108,378 candidates who sat the 2019 exams.

KUCCPS, in July, said they had completed the selection process for those who applied for placement to universities and colleges.

“We are keen on concluding the process and releasing the outcome to all applicants by mid-August,” Mercy Wahome, the KUCCPS chief executive said.

In technical colleges, over 100,000 state-sponsored slots have been identified for placement for diploma and certificate courses.

This will be the third cohort of students sponsored by the government to pursue courses in mid-level colleges.

The students also get capitation and are entitled to student loans.

The placement comes at a unique time the sector is facing uncertainty over shutdown to stem the spread of the coronavirus.

In May, Education CS George Magoha asked universities to contact the new students, give them joining instructions and fast-track the start of their academic journey.

KUCCPS will place all those with C+ (plus) and above to universities to pursue degree courses.

Magoha said admission to universities will not be affected.

This means the students will join the respective institutions in September.

In the 2019 KCSE, 125,463 got a mean grade of C+ (plus) and above and were placed to university as government-sponsored students.

University of Nairobi, Jkuat, and Mount Kenya University were the biggest winners in terms of enrolment numbers.

Some 66,661 candidates were absorbed in Science, Technology, Engineering, and Mathematics courses.

While 56,570 students were admitted to art and humanity disciplines. - Lewis Nyaundi, The Star Edited by Kiilu Damaris 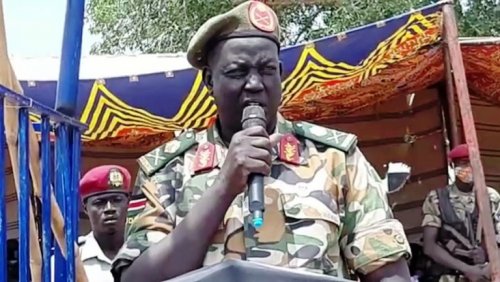 In a directive announced last week through the chief of defence forces, Kiir removed Major General Baak Akoon from his position as the Commander of the Third Infantry Division and replaced him with Major General Akuei Ajou.

No reason was cited to explain the change of the 3rd Division which is based in the Northern Bahr El Ghazal State.

Baak, a senior military commander with a long military career was trained in Ethiopia. Also, he had an advanced infantry training course in Cuba during the liberation struggle.

He had served in many posts in various capacities, and areas.

His successor, according to military sources, has less command and battlefield exposure, citing training in signal units.

He rose through ranks until he became a general by special assignments often linked to general headquarters. However, he is credited with the ability to forge relations with all segments of the population

Santino Deng Wol, the current Chief of Defense Forces who comes from the area is only one of the military officers known to have served for more than 8 years. - Sudan Tribune