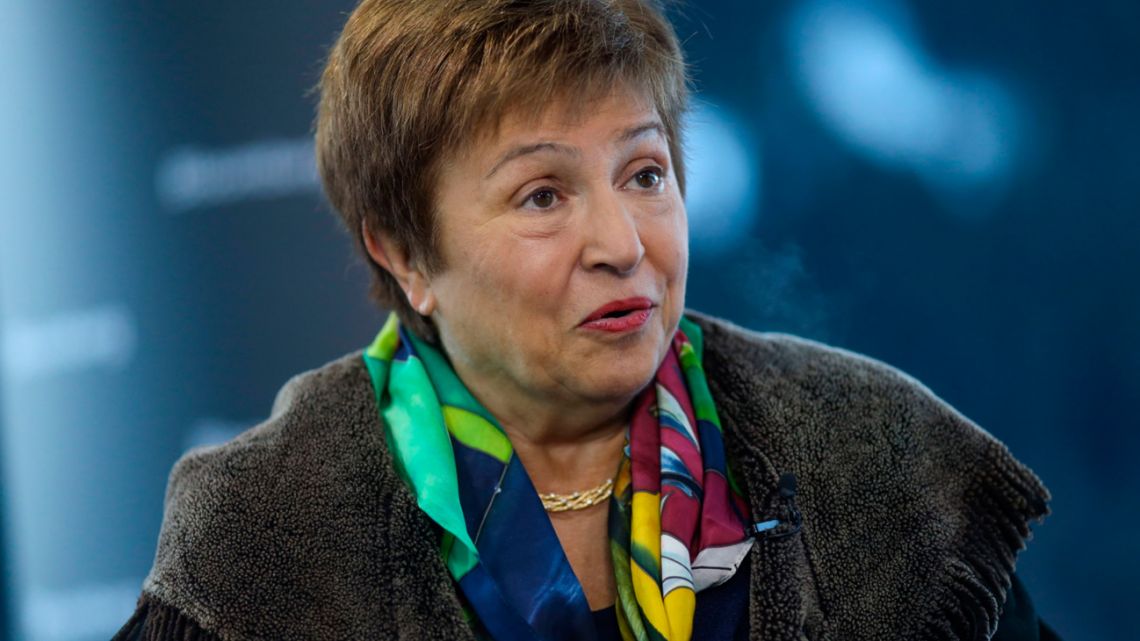 The International Monetary Fund’s record US$650-billion resource injection came into effect Monday, with Managing Director Kristalina Georgieva urging wealthy states to direct some of their allocation to countries lacking the means to cope with the Covid crisis and future challenges.

The creation of the reserve assets – known as special drawing rights (SDRs) – is the first since 2009, just after the global financial crisis. The IMF is setting up special vehicles to assist in channelling reserves to developing countries and already has the Poverty Reduction and Growth Trust that provides concessional loans, it said in a statement Monday.

The Fund is discussing with members the possibility of a new Resilience and Sustainability Trust, “which could use channelled SDRs to help the most vulnerable countries with structural transformation, including confronting climate-related challenges,” Georgieva said in a statement. “Another possibility could be to channel SDRs to support lending by multilateral development banks.”

The record allocation aims to address the long-term need for reserves and to build confidence and foster resilience and stability in the global economy. It comes at a critical time as the highly contagious delta variant of coronavirus wreaks havoc in some countries and threatens to set back the world’s recovery.

The reserves are allocated to all 190 fund members in proportion to their quota. Some 70 percent will go to the Group of 20 largest economies, against just three percent for low-income nations.

As a result, of the US$650 billion, about US$21 billion will go to low-income countries and US$212 billion to other emerging market and developing countries, without counting China, according to US Treasury Department calculations.

“Countries can use the space provided by the SDR allocation to support their economies and step up their fight against the crisis,” Georgieva said.

The Group of Seven advanced economies in June endorsed a plan to reallocate US$100 billion of new SDRs to poorer countries.

Reallocation will be crucial to help countries in Africa, for which only about US$33 billion is earmarked in the SDR issuance. France has committed to reallocating part of its SDRs for countries on the continent.

To support countries and help ensure transparency and accountability, the IMF is providing a framework for assessing the macroeconomic implications of the new allocation and how it might affect debt sustainability, according to the IMF statement. The international lender will provide regular updates on all SDR holdings, transactions, and trading, including a follow-up report on the use of SDRs in two years. Source: Buenos Aires Times 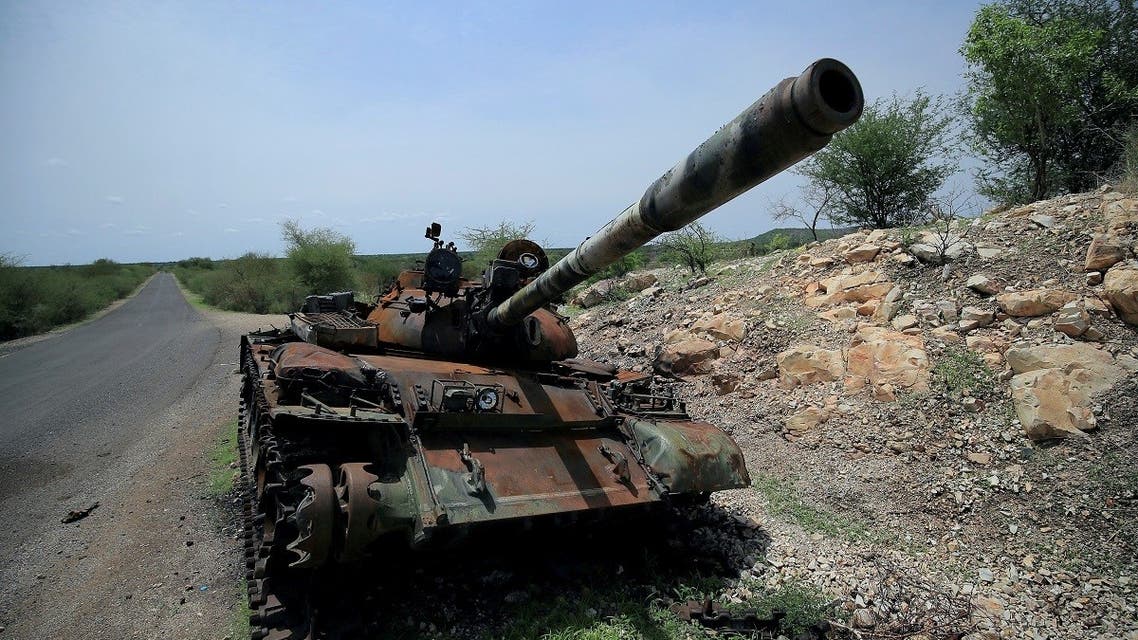 A tank damaged during the fighting between Ethiopia’s National Defense Force (ENDF) and Tigray Special Forces stands on the outskirts of Humera town. (Reuters)

Eritrea on Monday angrily rejected US sanctions imposed on its army chief over allegations of widespread rights abuses in Ethiopia’s war-torn Tigray region.

“The government of Eritrea rejects, both in letter and spirit, the utterly baseless allegations and blackmail directed against it,” the Eritrean foreign ministry said in a statement on Twitter.

The US Treasury Department earlier Monday announced the sanctions against General Filipos Woldeyohannes, saying forces under his command were responsible for “massacres, looting, and sexual assaults” in Tigray.

But the Eritrean foreign ministry described the accusations as “unacceptable”, saying: “This is not, indeed, the first time for the US Administration to float such baseless smear campaigns against Eritrea.”

“In the face of the repetitive and unwarranted accusations, Eritrea cannot remain silent. In the circumstances, Eritrea calls on the US Administration to bring the case to an independent adjudication if it indeed has facts to prove its false allegations.” Alarabiya News 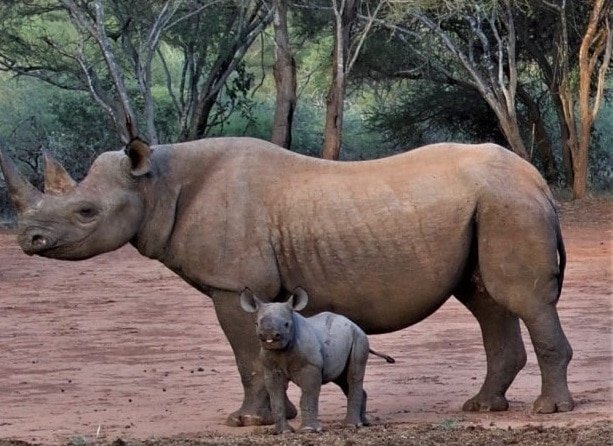 Ngorongoro Conservation Area in Tanzania this week launched a new protection method to save the most endangered black rhino within its conservation ecosystem and the rest of the East African region. Jointly with the Ministry of Natural Resources and Tourism with technical support from Frankfurt Zoological Society (FZS), Ngorongoro Conservation Area Authority (NCAA) is now protecting its rhino population with special marks and electronic devices for radio monitoring for ease tracking.

The official numbers designated for the rhinos in Ngorongoro in Tanzania start from 161 to 260, conservation officials said.

Identification tags on the rhinos’ left and right earlobes will be placed, while 4 of the male mammals will be fixed with devices for radio monitoring to monitor their movements while venturing beyond the conservation boundaries.

Protection of these black African rhinos in Ngorongoro is going on at this time when conservation experts are facing problems connected to an increasing human activity in this heritage area due to rocketing human population sharing its ecosystem with wildlife.

Save the Rhino International, a United Kingdom (UK) based conservation charity for in situ rhino conservation, said in its latest report that there are just 29,000 rhinos left in the world. Their number had dropped sharply over the past 20 years.

Researchers from the Sigfox Foundation have been fitting rhinos in Southern Africa range states with special gadgets with sensors to track their movements the save them from poachers, mostly from Southeast Asia where the rhino horn is desired.

By tracking the animals, the researchers can protect them from poachers and better understand their habits to protect, then swap them to breed them, within protected areas and ultimately conserve the species.

The Sigfox Foundation is now partnering with 3 of the largest international wildlife conservation organizations to expand the rhino tracking system with sensors.

South Africa is home to 80 percent of the world’s remaining rhinos. With populations decimated by poachers, there’s a real danger to lose the rhino species in forthcoming years unless the African governments take serious steps to save these big mammals, Save the Rhino experts said.

Black rhinos are among the most poached and endangered animals in Africa with their population decreasing at an alarming rate.

Rhino conservation is now a key target which the conservationists are looking to ensure their survival in Africa after serious poaching which had decimated their numbers in past decades.

Mkomazi National Park in Tanzania is now the first wildlife park in East Africa specialized and dedicated for rhino tourism.

Overlooking Mount Kilimanjaro to the north, and Tsavo West National Park in Kenya in the east, Mkomazi National Park boasts an array of wildlife including more than 20 species of mammals and some 450 species of birds.

Through the George Adamson Wildlife Preservation Trust, the black rhino was reintroduced into a heavily-protected and fenced area within the Mkomazi National Park which is now conserving and breeding black rhinos.

African black rhinos were translocated to Mkomazi from other parks in Africa and Europe. Black rhinos in Africa have over the years been the most hunted animal species facing great dangers to their extinction due to a high demand in the Far East.

Covering an area of 3,245 kilometers, Mkomazi National Park is one of Tanzania’s newly-established wildlife parks where wild dogs are protected together with the black rhinos. Tourists visiting this park may see wild dogs which are counted among endangered species in Africa.

In past decades, black rhinos used to roam freely between the Mkomazi and Tsavo wildlife ecosystem, extending from Tsavo West National Park in Kenya to the lower slopes of Mount Kilimanjaro.

African black rhinos are a native species living in Eastern and Southern African range states. They are classified as a critically endangered species with at least 3 sub-species declared extinct by the International Union for Conservation of Nature (IUCN). - Apolinari Tairo, eTurboNews Tanzania