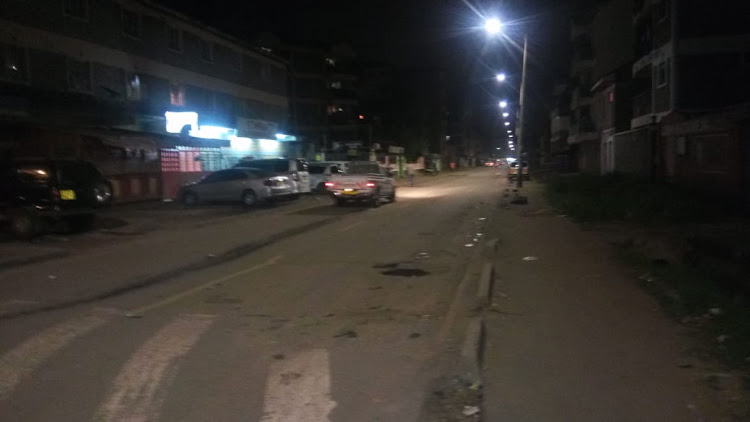 A deserted street in Umoja, Nairobi, during curfew hours. Lifting the curfew should not turn out to be a poisoned chalice

• Pressure has been piling on the government to ease the restrictions put in place to contain the spread of the virus that has ravaged the globe.

President Uhuru Kenyatta on Wednesday lifted the almost two-year curfew imposed after the first case of Covid-19 was publicly reported in Kenya in March 2020.

Pressure has been piling on the government to ease the restrictions put in place to contain the spread of the virus that has ravaged the globe.

It has been a tough balance for Kenya  and it had to chose between saving lives and livelihoods. The government did its best under the circumstances.

Of course there were some flaws such as selective application of the containment measures, theft of Covid-19 funds and killings by overzealous police enforcing the curfew.

Kenya's Covid-19 positivity rate has been below five per cent for the past three weeks. This, according to WHO and health experts, gives room for easing of the measures.

The curfew was the major remaining containment measure. Kenya has evolved into a 24-hour economy and this can be witnessed in major urban centres.

Lifting the curfew should, however, not turn out to be a poisoned chalice.

We must all act responsibly and observe the basic Covid-19 containment measures such as wearing a mask, maintaining social distance and washing hands.

Ramping up vaccination across the country is the best containment measure. Those yet to be vaccinated should do so for their own safety and that of other Kenyans. Editorial, Star 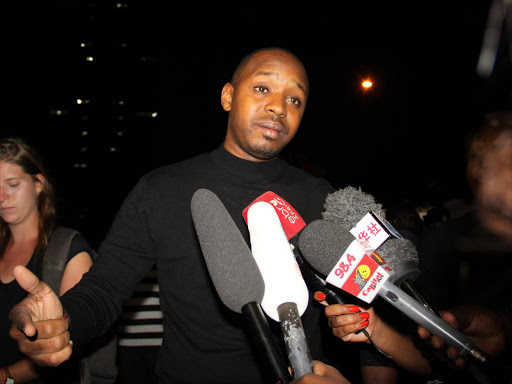 Claims home which was under construction was bombed by unknown people.

• Mwangi says the house was destroyed after unknown people attacked it and robbed his workers who were present.

• The workers say the attackers also shot at the scene but no injury was reported.

Police are investigating Activist Boniface Mwangi’s claims that his house was bombed in Lukenya, Machakos County.

"Officers are on their way to the Lukenya property to check the claims," National Police Service police spokesman Bruno Shioso said.

The attackers used improvised explosive devices in their mission.

Some of the unused IED cables were abandoned at the scene.

The workers say the attackers also shot at the scene but no injury was reported.

Pictures of the scene show the foundation of the structure was affected.

Mwangi now wants police to investigate the incident and arrest those behind the same.

“I have names of the people I suspect did this because it is so hurting and I don’t know what to do,” he told the Star.

He saw this as part of intimidation from those in power over his actions of ensuring justice in society.

He said if those behind the incident are not caught they shall survive to hunt him and hurt others.

“Four years ago they shot me. Yesterday they bombed my family home. Everything l do and say is protected by the constitution. They can take away my everything but l will never stop speaking truth to power. I need your solidarity, demand answers from the police,” he said.

“All l ask is an open and transparent investigation. If speaking the truth will get me killed, I’m ready to die."

Mwangi had been in Nairobi Wednesday evening attending a concert at the Alliance Française when he received the news.

Mwangi had for the better part of the past week been on social media engaging Kenyans on various issues.

Police say they are investigating the incident.

Machakos police boss Issa Mohamed said they are yet to know the motive and those behind it.

“The complainant is already dropping names of the possible people who did this and I don’t think this is helpful as it is affecting investigations,” he said.

He said experts had visited the scene as part of efforts to know those behind the said attack.

He asked for more time and patience for the investigations to be completed and action to be taken.

In the video shared on Social media, there are some bullets that could be seen.

“I’m not a criminal. I don’t do deals. I have never comprised my values. The state has blown up the house my family was building. The bullets, the explosives they used are on the scene. So what kind of a country are we living in?" he posed.

Mwangi said he is hurting but his spirit is not broken.

"Even this will pass. In a few hours, the day will break and it will be the work of the police to open investigations," he said.

"If the government doesn’t go after the culprits, they shall survive to hunt me and hurt others." Edited by D Tarus, by NANCY AGUTU AND CYRUS OMBATI, The Star 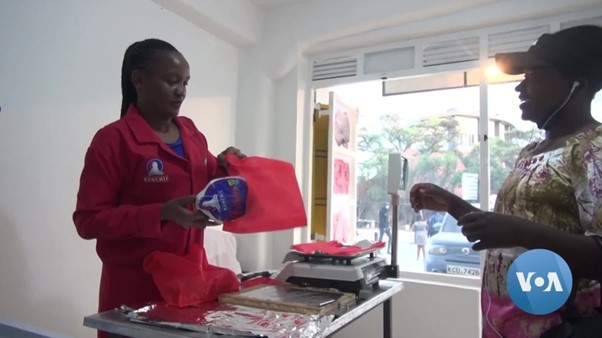 Laborers from Kenya say they have endured abuse in the Middle East, often at the hands of their employers. But an aid agency is offering them a chance to rebuild their lives in Kenya. Hundreds of survivors of forced labour are now able to access support offered by a group that offers a soft landing for those in need.

Faith Murunga’s store on the outskirts of Kenya’s capital is open for business. It has been barely six months old in operation, helping her put food on her family’s table.

It isn’t what she had anticipated when she left Kenya in 2019 for work in Saudi Arabia, a popular work destination for those unable to find jobs in Kenya. She says what she was promised as she emigrated and what she found there were worlds apart.

She says, the boss came and told me that as long as I agreed to travel to their country, I must do each and every chore. He said, I would not have the right to complain. They had paid a lot of money to buy me. I was therefore their property,” Murunga said.

During her two years of service in Saudi Arabia, Murunga suffered both emotional and physical abuse at the hands of her employer, until a good Samaritan came to her aid and facilitated her return to Kenya.

Back home, she received help from Haart Kenya, an organization that fights human trafficking and helps people like Faith.

Since Haart Kenya was formed in 2010, the organization has helped more than 700 survivors of forced labour who have come home scarred.

Mercy Atieno, the organization’s outreach manager, says the survivors, 80% of them women, have varying degrees of trauma when they seek help.

“When a survivor comes to us, they are distressed. Some of them appear abused. They don’t know what to do next and you find someone who does not know where to start, they do not have a house, they don’t want to go back home because everyone knows they went abroad, so they are expecting they will come with something,” Atieno said.

The organization takes in survivors of forced labor and other work-related abuses and helps them rebuild their lives through counselling, training, and supporting their ability to make a living. Mercy Atieno explains.

“This process is a very participatory process, where together with the case worker and the survivor, charting ways through which they are going to work together for proper rehabilitation, so the survivor has a voice and they actually say no to a service, because our services are individualized, and they are survivor-centered,” Atieno said.

The Kenya Union of Domestic, Hotels, Educational Institutions, Hospitals and Allied Workers, or KUDHEIHA, the union that fights for the rights of workers, says the migration of workers to the Middle East is likely to continue as long as Kenya’s 10% unemployment rate stays as high as it is.

“Seek for proper information, consult widely, and before you go get it right, don’t go where you can see black spots,” Njeru said.

Haart Kenya’s leadership says it is ready to handle cases like Faith’s as they appear. For now, Faith says she is grateful for another chance at life, away from the abuse she suffered in a foreign land.  Brenda Mulinya, VOA