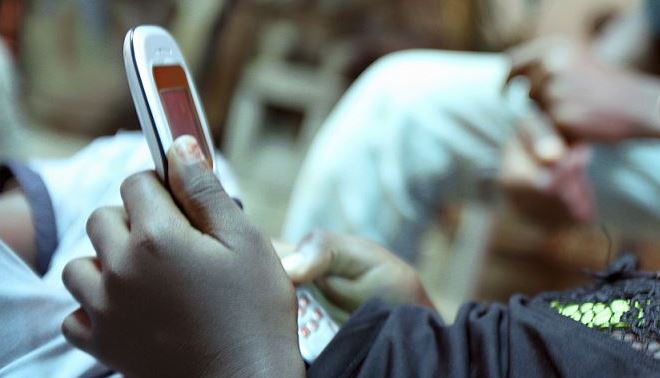 The Tanzanian government has teamed up with a national non-governmental organization in efforts to eradicate domestic and gender violence as well as early marriages.

The C-Sema NGO, also supported by the UN Population Fund (UNFPA), has set up a toll-free National Child Helpline, in the commercial capital, Dar es Salaam to protect children and women from abuse.

The #116 toll-free service, available across all mobile networks, is open to people in mainland Tanzania and Zanzibar.

The helpline responds to around 3,500 calls a day from women and children who are at risk of violence, and from family and community members who report abuses.

A recent visit to the National Child Helpline by UNFPA's Executive Director, Dr. Natalia Kanem showed just how vital the facility is in Tanzania's efforts to eradicate domestic violence and early marriages.

Dr. Kanem expressed gratitude to C-Sema and counsellors for their dedication to advancing gender equality and the health, rights and well-being of women and young people, including through the use of digital platforms and new technologies.

The UNFPA reports a recent case of a 13-year-old girl who was saved from getting married to a 35-year-old man. The girl's parents had accepted to give her up for marriage in exchange for a dowry payment.

Despite the occurrence of such incidents, the Tanzanian government has rolled out various efforts to end the vices, including the institution of a Five-year National Plans of Action to End Violence Against Women and Children.

The current administration has also pledged to continue efforts to eradicate such vices from the East African country.

The UNFPA's Executive Director commended the government's leadership and reaffirmed her organization's support to Tanzania to realize development targets and stronger, more inclusive socioeconomic growth with the goal of leaving no one behind. - CGTN

NAIROBI, May 14 (Xinhua) -- Kenya's quest to realize climate resilient growth is facing headwinds as widespread flooding experienced in the March-May season of long rains is damaging livelihoods and vital ecosystems in the country.

A number of civilians have lost their lives and property of unknown value destroyed in the recent past as storm water swept across Kenyan lowlands and densely-populated urban slums following a heavy downpour.

Local media reported Friday that four people were killed in Nairobi's Kibera slum Thursday night after they were swept away by raging waters as they attempted to cross a swollen river in the country's biggest slum.

The heavy rains that pounded the capital Thursday night caused flooding in other informal settlements, marooning local residents and worsening the risk of disease outbreaks.

Kenya Metrological Department said Friday that the heavy rains are expected to subside this weekend, but due to already saturated soils, it is likely to trigger landslides in hilly parts of the country.

The weathermen said that light showers could become a regular phenomenon in many parts of the country until the end of May, hence signaling improved agricultural productivity.

Massive flooding that accompanied torrential rains in western Kenyan lowlands and the coast region in the past week has displaced hundreds of families, destroying farms, roads and critical amenities such as schools.

Cyrus Oguna, spokesman for the Government of Kenya, said at a briefing early this week that the state was working on a long-term plan to help communities cope with recurrent floods.

"In the interim, we will be providing humanitarian assistance to flood victims in different parts of the country. These assistance include food, life-saving medicine and shelter," said Oguna.

He said the government had prioritized early warning, renovation of urban drainage infrastructure and tree planting to cushion local communities from negative impacts of flooding.

Kenya has been experiencing widespread flooding in the past several years during rainy seasons worsened by human encroachment on natural buffers like forests, wetlands and mangrove swamps.

The recurrent floods, that are also linked to climate change and unplanned settlements in urban areas, have jeopardized the country's ability to realize low-carbon development.

Keriako Tobiko, the cabinet secretary in the Ministry of Environment and Forestry, said that Kenya's ability to tame climatic shocks including severe droughts and floods, is key to boosting green and inclusive growth.

He said the government will increase funding, promote uptake of clean technologies and regeneration of ecosystems to boost resilience of communities amid climatic stresses.

Tobiko said that some climate change adaptation projects under implementation including construction of large dams, restoration of degraded landscapes and household-based water harvesting initiatives, are aimed at containing floods.

He said that Kenya is leveraging on domestic resource mobilization, partnership and technology adoption to realize climate resilient and sustainable growth as part of the pandemic recovery.

Chris Kiptoo, the principal secretary in the Ministry of Environment and Forestry, said the government is focusing on community-led interventions to minimize the impact of flooding, drought and habitat loss on livelihoods.

"Ultimately, local-led actions will strengthen resilience of our communities and the natural habitats whenever they experience climate change-related impacts like acute drought and flooding," said Kiptoo, adding that climatic stresses will be inevitable in the future hence the need to boost coping mechanism for local communities as part of Kenya's green aspirations. - Xinhua 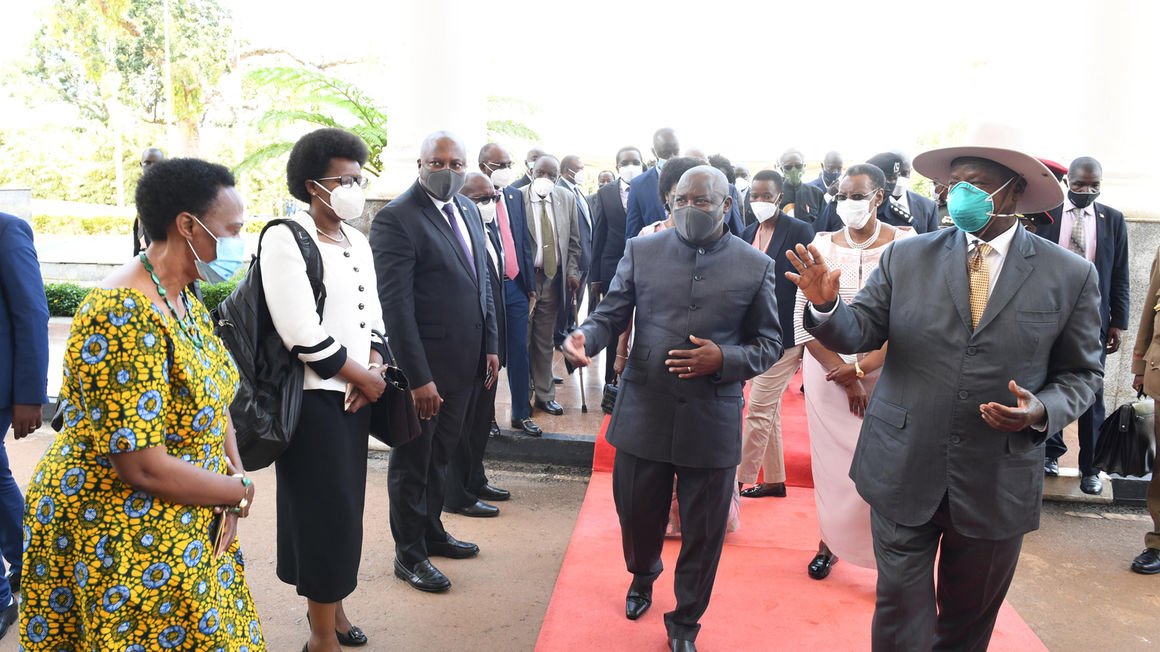 “In this regard, they directed their respective ministers to ensure that implementation of existing agreements, memoranda of understanding and other frameworks of cooperation, is fast-tracked,” a joint communique signed by Uganda’s Foreign Minister Sam Kuteesa and his Burundian counterpart Ambassador Albert Shingiro, read in part.

The two leaders congratulated each other for winning elections last and this year and President Ndayishimiye commended Mr Museveni for his efforts as a guarantor of the Arusha Peace Accord and a mediator on Burundi dialogue.

President Museveni and his guest, who attended the former’s inauguration for a sixth elective term on Wednesday, promised to boost the relationship between the two countries by canvassing respective private sectors to lead identification of opportunities for trade and investment.

They committed to upgrade inter-linking roads to improve connectivity and reduce transportation costs.

The two presidents, according to the joint communique, directed their respective Foreign Affairs to convene a meeting of the third session of the Joint Commission of Cooperation (JCC) and a Joint Business Forum within the next six months.

In addition, the presidents agreed to deepen integration in the East African Community, currently challenged by frosty relations between some member states, and the wider African Union.

They welcomed the January 1 entry into force of the agreement establishing the African Continental Free Trade Area (AFCTA), which they hope will help boost African trade, development of value chains and integration.

They also commended the African Union Mission in Somalia (Amisom) for its role in pacifying the country, including the fight against terrorist groups. They called upon the international community to continue supporting the Somalia in building its institutions, especially the national army, to ensure that the progress and gains made are consolidated.

The leaders also asked Africa to always speak with one voice on international matters such as climate change, fight against terrorism, the reform of the United Nations Security Council, international migration and implementation of Sustainable Development Goals.

According to the communique, the two leaders exhorted Burundi’s partners to lift sanctions imposed since 2015 in order to boost the country’s socio-economic development. - Daily Monitor