Listed Ugandan banks have been instructed to withhold $4.5 billion worth of dividend payouts

For the second consecutive year, shareholders of listed Ugandan banks will not be getting any dividend payments due to a directive by the Bank of Uganda. The directive requires the banks to suspend dividend payouts and build their liquidity buffers instead.

Business Insider Africa gathered that the directive was first given during the height of the COVID-19 pandemic in 2020. The country's apex bank explained that the rationale was to enable commercial banks to build enough financial buffers that will enable them to withstand the economic shocks resulting from the pandemic.

More than two years later since the directive was given in March 2020, it remains in effect. Last month, many bank shareholders were disappointed when the apex bank issued a circular informing the banks not to pay dividends for the financial year ended December 31st, 2021.

The Bank of Uganda cited the country's current volatile economic environment as the reason for the continued suspension of banks' dividend payouts.

As you may well know, the East African country is currently grappling with high fuel prices, supply chain disruptions and high inflation, all of which are linked to Russia's ongoing war on Ukraine and other factors.

A Partner at KPMG Uganda, Edgar Isingoma, earlier today told CNBC Africa that the directive by the Bank of Uganda is not out of place. He said:

"The move by the central bank definitely is aimed at preservation of capital in times of uncertainty, vulnerability and when there is a lot of ambiguity. As you know, the ambiguity has come first of all from the pandemic. Uncertainty then followed, in terms of how these banks are going to perform, especially with regards to loans and portfolio performance. As we talk now, there is uncertainty coming as a result of the Russia-Ukraine war. So, as part of its role in ensuring financial stability, the central bank comes in with this directive which tries to protect the financial stability of the banks. Therefore, the suspension of dividend payment is to allow the banks to keep enough capital while monitoring the uncertainties"

In the meantime, the banks are reportedly withholding as much as $4.5 billion worth of dividend payouts, for the 2-year period. 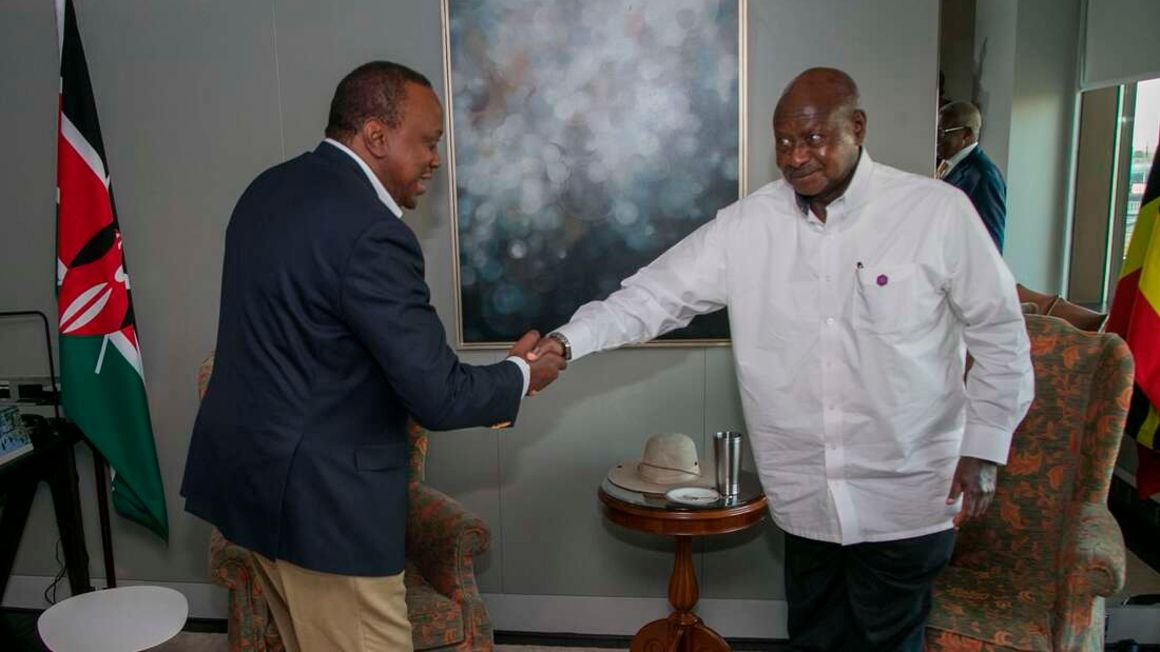 Kenya has moved to avert a diplomatic spat with Uganda over a decision to localize fuel cargo meant for Kampala.

“We had a meeting with the Ugandan ministry and their technical people because they were afraid that they were going to have fuel shortage. We explained to them and also sent them their stocks in our facilities and they are satisfied,” Mr Kamau said on Monday.

Oil marketers allocate 60 percent of their fuel imports to the local market and 40 percent for the neighboring countries including Uganda.

Kenya’s decision to localise the two vessels at end of last month rattled Kampala, prompting the lawmakers to order Ugandan lawmakers to push for the release of all cargoes meant for the transit market.

“Our country is likely to be enveloped into new fuel prices, which may lead to escalating prices and yet this is something we have been suffering from in the recent past,” Ugandan lawmakers said last week.

The government also slashed fuel allocations for oil marketers that had increased their quotas for the neighbouring countries adding to the supply fears that have gripped Uganda.

Reduction of the fuel quotas is being implemented in three phases as the government moves in to tame the oil marketers whom it accused of economic sabotage.

Kenya has since last month been grappling with supply hitches that led to a three-week fuel shortage prompting the government to order localisation of fuel cargoes meant for the export market.

The crisis that was blamed on fuel hoarding by oil marketing firms, has since eased as supplies to petrol stations improve after the government raised pump prices in a monthly review.

Uganda like other neighbouring countries offer oil marketers higher returns because fuel prices are not controlled in addition to being paid instantly unlike in Kenya where the State compensation delays.

Energy officials in Uganda will on Wednesday report to Parliament on the talks with Nairobi, coming barely a month after Kampala sought fixed monthly transit petroleum product quotas to ease the shortage.

Kampala demanded a fixed allocation of 110,660 cubic metres of petrol and 110,400 cubic metres of diesel transported through Kenya to satisfy fresh demand following the reopening of its economy from the coronavirus lockdowns.

Uganda wants its oil marketing firms to continue being supplied under the open tender system through their sister companies in Kenya. By John Mutua, Business Daily 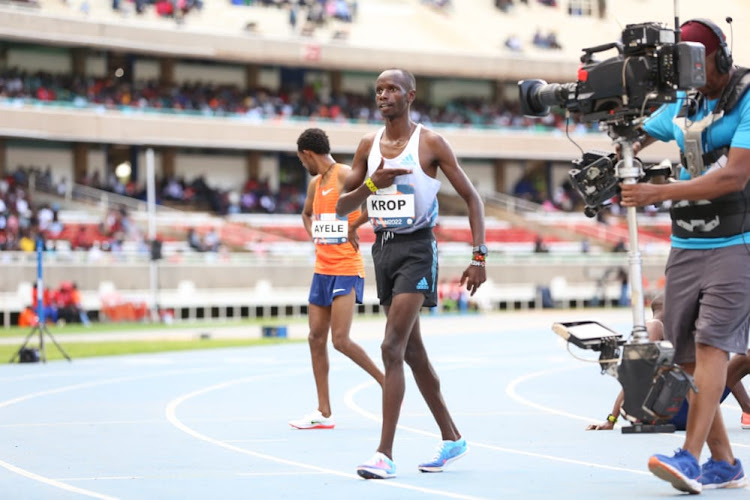 Jacob Krop walks off the track after winning the men's 5000m at the Kip Keino Classic/ Image: ERICK BARASA

Africa junior 5,000m silver medalist Jacob Krop has said his next stop is the Monaco Diamond League on August 10 after clinching the men's 5,000m at the Kip Keino Classic.

“For me, I want to run at the World Championships. Before that, I want to try my best to compete at the Monaco Diamond League so as to set the pace,” Krop said.

Krop, who failed to retain his 5,000m title at last week's Adidas Adizero Road To Records, said he is also contemplating giving the Commonwealth Games a wide berth.

“My focus is on the World championships and am thinking of avoiding the Commonwealth games,” the 2019 World Championships 5,000m finalist said.