"I learnt very early that there are some topics in Uganda that are tired and... the only way to capture attention is to introduce some shock value," the 47-year-old told AFP in an interview in Kampala.

And plenty of people have been shocked by Nyanzi's methods, which range from calling President Yoweri Museveni "a pair of buttocks" to baring her breasts during a court hearing.

But the former university researcher, who holds a doctorate on sexuality in Africa and boasts nearly 300,000 followers on Facebook, is unrepentant.

"We don't see or we pretend we don't see what's happening in society especially the excesses and the violations" under Museveni's decades-long authoritarian rule, she said.

"To say to a violent, militant, brutal regime that you are violent, stop, does not (have) as much impact as to say... fuck the rapist, militant penis of the dictatorship." 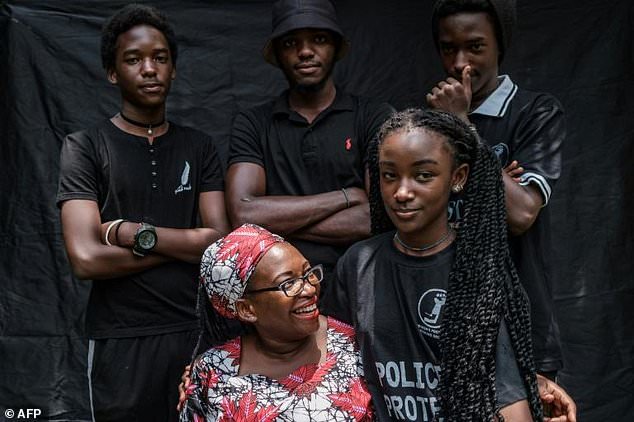 She has paid a high price of her willingness to challenge authority -- imprisoned for "cyber-harassment" in 2019 after she posted a profane poem on Facebook about Museveni and suffering a miscarriage after being beaten in jail.

Although she insists that her losses are "not worth writing home about", grief is at the heart of her quest to bring down Museveni.

After losing her parents in quick succession six years ago -- unable to find life-saving medicines or get an ambulance in time -- Nyanzi turned to humour, in part to escape the overwhelming sadness that engulfed her.

In her hands however, humour has also become a weapon to channel her rage against a government she blames for the deaths of her parents and thousands of Ugandans who lack access to reliable health care and other public services.

A polarising figure, Nyanzi has drawn scorn from religious conservatives, and even from some feminists, who criticise her relentless focus on sex.

"I am tired of feminists telling me how I am wrong and how I can't do this and how this is anti-feminist," she said. 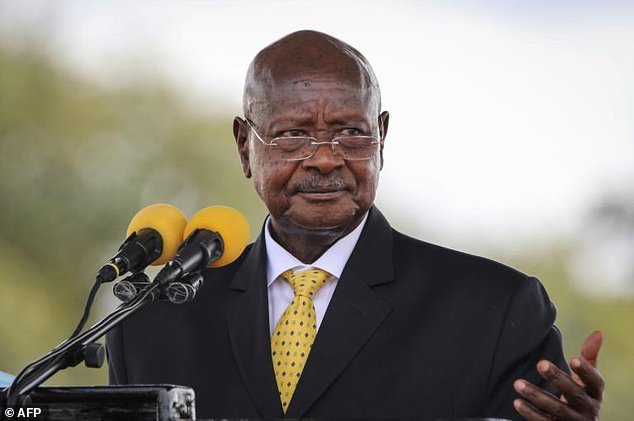 "Just allow me to be free, to do my own thinking and my own protest," she said, pointing out that her no-holds-barred approach to sexuality is based in pre-Christian Ugandan culture and aimed at empowering women by encouraging them to discuss taboo subjects.

Her tactics also borrow from a political tradition of "radical rudeness", which has its roots in the country's anti-colonial struggle.

And while her blistering online diatribes comparing Museveni's regime to parasitic pubic lice have earned her the tag of "Uganda's rudest woman", the strategy has also made her a social media star outside the country.

"I am not looking for love and hugs," she said.

"I go to social media very consciously and very purposefully to speak truth to power, truth which our traditional public media no longer speaks."

Furthermore, the toxic rhetoric she encounters pales in comparison to the very real risks faced by many activists in Uganda.

Nyanzi fled to Kenya earlier this year after her partner was allegedly abducted and tortured.

Although she has since returned to Kampala, she is contemplating the possibility of a life in exile to protect her three children.

But the self-described optimist, who contested parliamentary elections in January and lost, has no plans to throw in the towel.

"The hope that (Uganda) can change and may become better for the next generation keeps me going," she said.

With a median age that is less than 16, most Ugandans have no memory of life before Museveni. The former rebel seized power in 1986, after toppling two presidents. 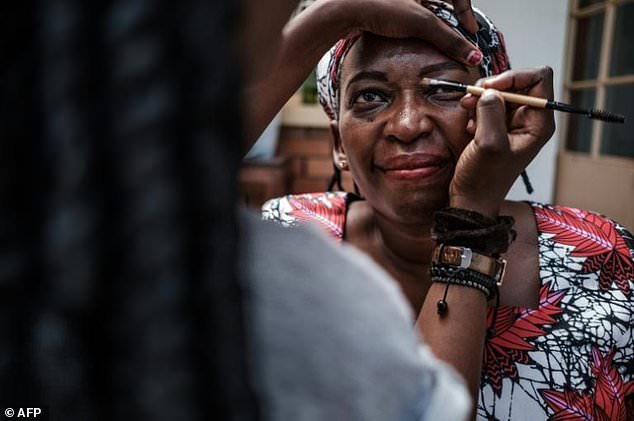 At 77, he belongs firmly to her "father's generation", Nyanzi said.

"Museveni is living on borrowed time... his family and his system will one day be out of power."

When that happens, she hopes that her compulsion to protest will also become a thing of the past.

But until then, she stands ready and armed with an arsenal of explicit imagery designed to shock and provoke change.

"What I am doing is not erotica and it's not pornography. It's rage and the expression of rage using my body." Mail Online